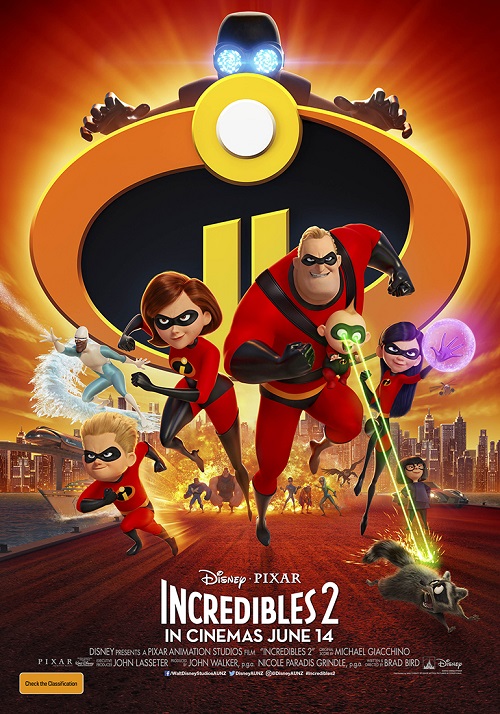 I am not the biggest fan of superhero films; not because I don’t like them but rather because I am most definitely suffering a case of superhero fatigue at this point. I’m glad that the Hollywood entertainment behemoth has found itself a new cash cow in the form of the Marvel Cinematic Universe, but I am largely done with the superhero genre. That being said, back when The Incredibles was originally released, I found it to be a fun novelty and enjoyed my time with. Now, 14 years later, I find myself reviewing its sequel. 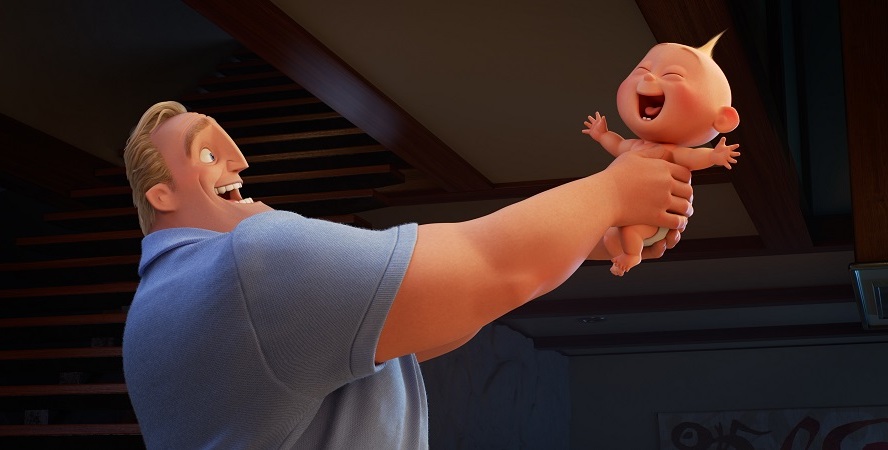 The film’s narrative picks up from the same place that the original film left off with the Parr family jumping embracing their super-powered aliases once more to fight super villains. After their fight with the Underminer leads to significant collateral damage, the family are told in no uncertain terms that they will no longer be supported by the government when maintaining their secret identities. However, their heroism is noticed by eccentric communication tycoons Winston (Bob Odenkirk) and Evelyn Deavor (Catherine Keener) who wish to make use of Elastigirl (Holly Hunter) as a PR spokesperson for the re-establishment of superheroes. This leaves Bob (Craig T. Nelson) with the task of looking after the family (and a baby coming into their super powers) at home while Elastigirl fights a mysterious supervillain by the name of Screenslaver. 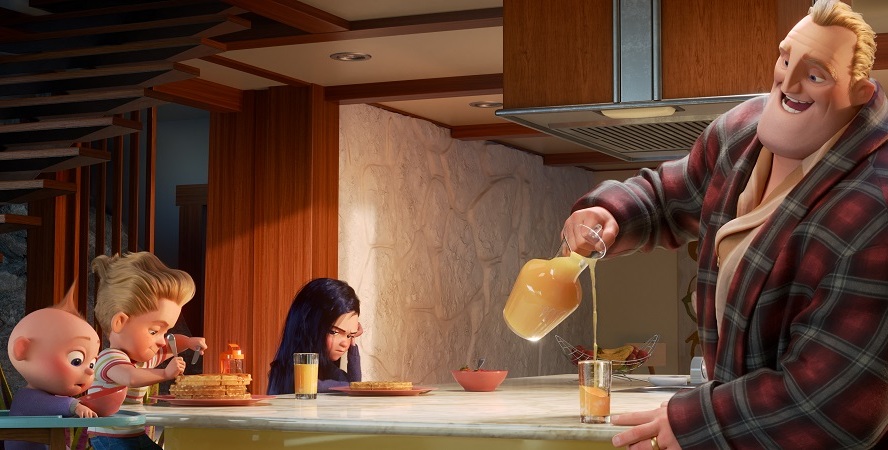 The film is exactly what I expected in terms of a Pixar production with not insignificant amount of polish added to almost every detail. The ensemble cast, once again, pull out a great performance and you can see that everyone has put in a stellar effort. The writing, by and large, is very solid throughout but there’s only a couple of places where it really stands out as either witty or ham-handed. There aren’t really any lines, performances or characters which particularly stand out for either good or ill as the polish that’s been applied to this film gives a strong benchmark but never really transcends that level of good workmanship into anything truly amazing. The exception is, of course, Brad Bird’s Edna Mode whose character is a strong flavour which delightfully stands out. A quandary I do have is that the film telegraphs its big villain reveal far too strongly and would have done to perhaps make it a bit more subtle… but it is a children’s film so it might not be a fair criticism to apply to it. 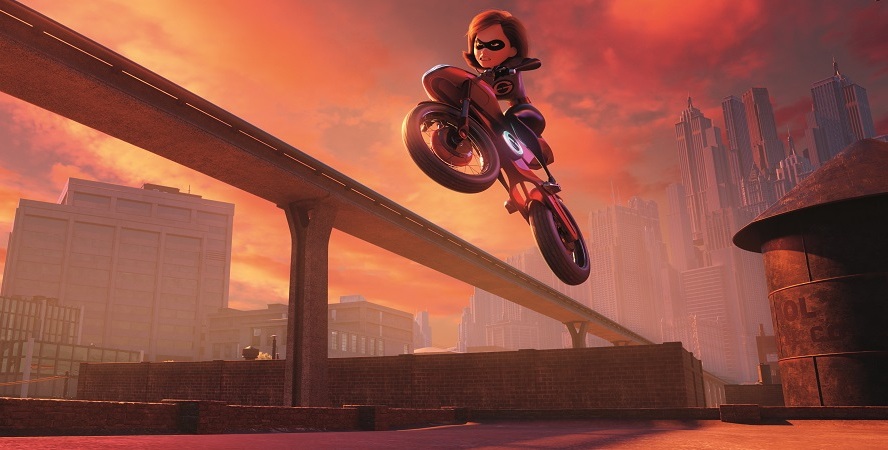 We essentially get a film with two separate plot threads which converge at the film’s halfway point and represents the two themes that the Incredibles films attempt to marry in their narratives; super heroes and family life. For at least half of the film we have two very separate and self-contained narratives progress and develop following Elastigirl’s super hero business and Mr Incredible’s attempts at home life. The original film had the same task of attempting to marry these two very different elements together in whatever way they could and it’s a definitely a unique point of difference between this film and the rest of the currently inundated superhero film genre. Whereas the previous film largely was able to combine the two by making a central narrative out of the fact that the superhero family needed to band together to fight the villain, I feel that the familial element was ultimately discarded in favour of the superhero narrative. I admit this is a small quibble, but it is definitely something that I felt the film could have put more energy in to blend the two together more thoroughly… but I don’t fault them for choosing the cinematically exciting plot thread even if it does come at a cost to the film’s main concept.

An aspect which surprised me was how much the mileage the film could get out of the running joke concerning Jack‑Jack’s emerging plethora of powers. It’s the one element which I found was able to bridge the gap between family and super powers and the film does its darndest to make sure that it works. The fact that the film is able to introduce this new character trait as a complication in the first act and then use it as a part of the resolution in the climax is actually quite impressive as a matter of storytelling. I also found the idea of enticing a dimension jumping baby back into our reality to actually be quite a funny joke. 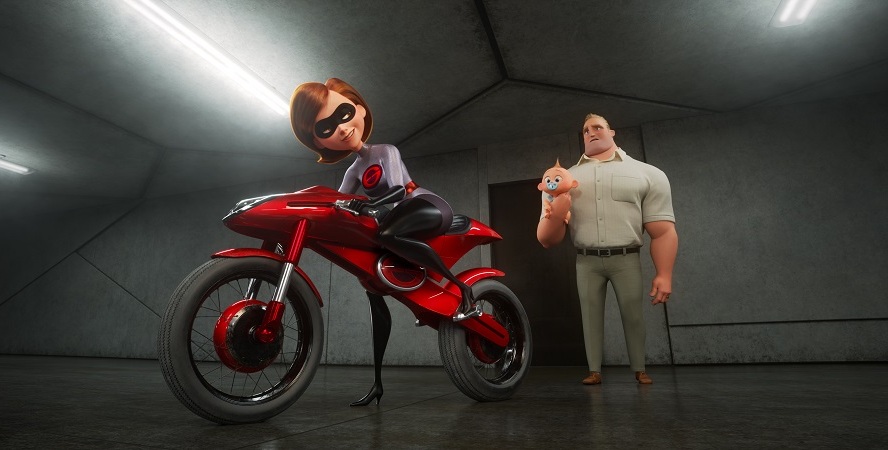 The film’s visual design largely builds up and sticks true to the art deco inspired look of the first film. The offices, cityscapes and the new family home of the Parr’s particularly encapsulate this This design gives the film a strong visual identity which is both familiar but unique in a cinema landscape which is currently flooded with superhero stories. The film’s larger cast of superheros also gave it a much wider range of powers to showcase. There are some interesting effects at play in the film with one of the hero’s portal ability leading to some cool sequences which only slightly gave me nostalgia pangs for a physics-based game about connecting and jumping through linked portals… 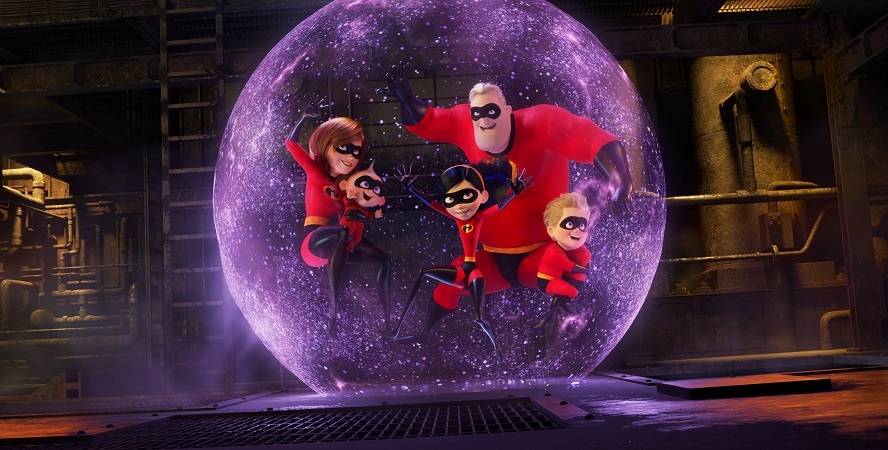 The orchestral soundtrack follows in the footsteps of its predecessor and is an excellent mixture of orchestral pieces with a very pronounced horn section. The emphasis on the brass section gives the film a quasi-dated feel in harkening back to 1960s Batman television series starring Adam West. This decision reinforces the film’s art deco visual design and cements the feel of world that the film takes place in. The soundtrack adequately performs the job of punctuating the film’s narrative and emotional beats but I’m not sure that it would leave much of an impression on you otherwise. 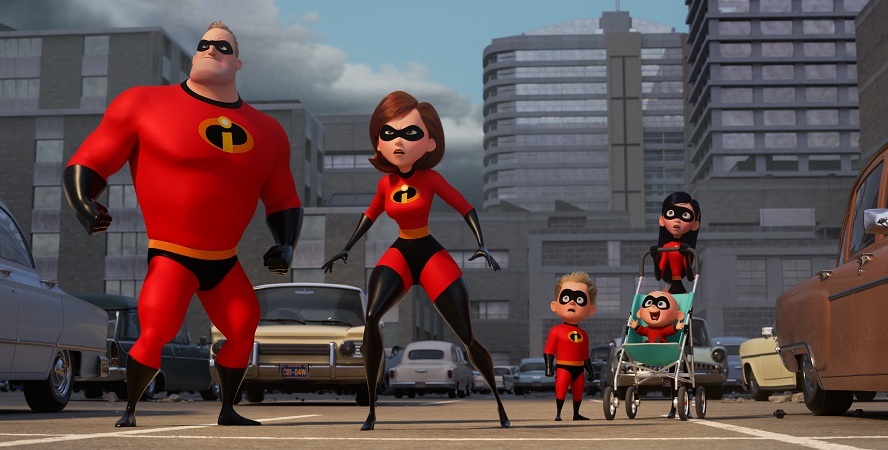 This is overall a very solid film with excellent production values and overall polish. The story is overall good but really doesn’t have that je ne sais quoi to lift it to greatness. The film’s visual style follows along from it’s predecessor and gives the film a unique look to help it stand out. The film’s soundtrack does a solid job of punctuating the film’s narrative beats, but I’d probably be hard pressed to recall a tune as I sit here today. In totality, it’s a good film which you’ll enjoy for its runtime but I don’t believe it will leave a lasting impression after the credits roll.
Capsule Computers review guidelines can be found here.

The Incredibles 2 is a good animated family action film with an excellent production behind it which only just falls short of greatness.
8