The Glowing Void 2 is the sequel to the popular casual game Glowing Void (yes, surprising title, I know). With a visual makeover making it as sparkly as your standard Asian sticker photo, the glowing is really pronounced in the game. So does this game have more to it than just good looks? Or is it as uninteresting as a sparkly vampire?

Glowing Void 2 is based around the idea of creating bubbles to fill a glowing void while avoiding the evil red dots while forming the bubbles. After you’ve finished forming them the red dots bounce off them harmlessly, which can be a tactical advantage for those who are smart enough to use it. 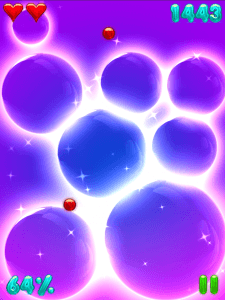 You can drag the bubbles around to dodge the balls although often it’ll just be better to do it in short bursts, especially as you get further on in the levels and have more red balls to deal with.

Logically, the amount of balls increase with each level increase, so as the levels go on you’ll find it getting more and more hectic, although your skill will also increase so the learning curve is fairly sensical. 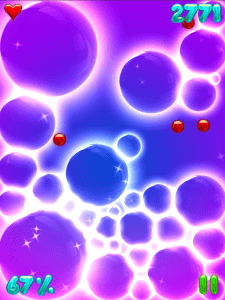 You also get three lives for each level, so you do get some extra chances when it comes to having balls hit your bubbles, obviously you’ll lose the bubble once it gets touched by a red ball, but just be happy that you survive! Ungrateful much? 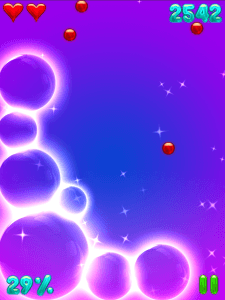 On top of the classic mode, there is also survival mode where you play as long as possible. You also get three lives, except the bubbles that you grow do not stay there the points are just added to the score. And then all the red balls come. Oh, all the red balls. Plus, with no established balls there to protect you from those evil red balls, it can get a bit hectic. I don’t think I’ve ever said the word ‘balls’ that much in a paragraph before… 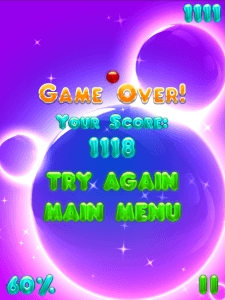 The game itself is inherently repetitive, there aren’t any bonuses or new things that are brought to it. However, that is with the standard purchase, there are also in-app purchase modes of Dodger, Gamer and Speed which are $0.99 each. So if you’re willing to spend as much as the app itself for three different modes then that’s fine for you, however if you’re expecting to get the entire game for the 99c then you aren’t going to be very happy. But, just a quick rundown of the modes for people who are interested in the extra purchases: Gamer mode has power-ups that you can pick up, Dodger mode involves achieving your highest score by surviving as long as possible by dragging around a pre-made void with your finger, and Speed mode where you must do your job as quickly as possible while being able to take 3 hits. 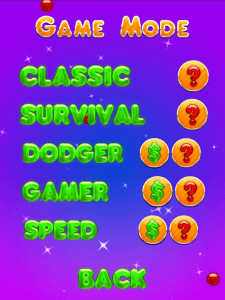 Still, I think that the modes that it comes with are fairly fun anyway, although you may get over them after a while. I have yet to get sick of them, and I think that in short bursts it is definitely a game that will get you through some boring transport rides or family holiday get-togethers.

The Glowing Void 2 is very pretty to look at. It’s all sparkly and though the game itself isn’t super high def or realistic, that’s not what you’d be looking for. It’s casual and fun and shiny enough to embody what the casual genre is all about.

The audio for Glowing Void 2 is quite subtle, it’s a soothing little track that sits in the background. In terms of sound effects there are little bubble sounds that pop up every so often but they aren’t in any terms annoying. If anything, the soundtrack will be good to send you off to sleep because it’s just that soothing.

Glowing Void 2 can go either way depending on your personal preference. Either you’ll think its that awesome app that you’ll keep around for times when you need a quick game to occupy yourself, or you’ll get bored by the repetitiveness of the levels. Personally, I’m leaning towards the first option but that may change over time.

The in-app purchases for the modes are a bit of a bummer, especially since they do bring extra aspects to it that those who are unimpressed by the repetitiveness of it. But if you’re willing to spend the extra three dollars to pick up all the modes I’m sure the app will have a longer shelf-life for you.