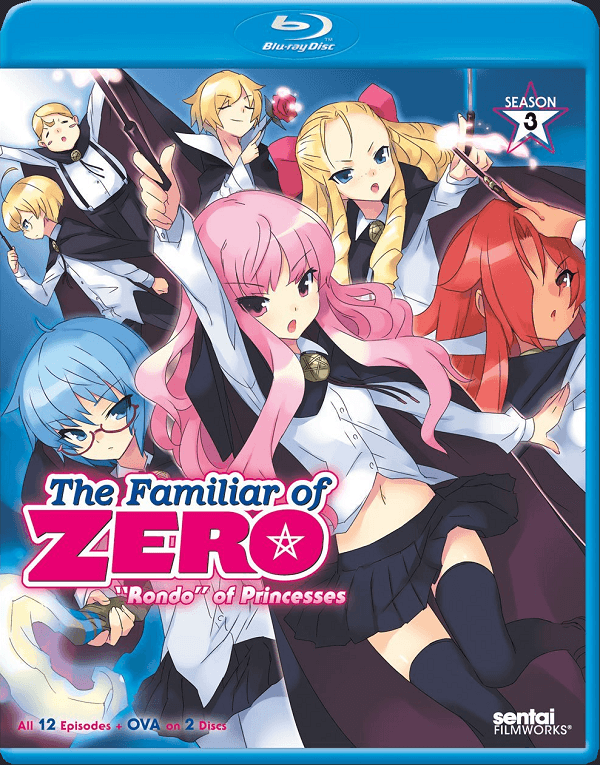 Overview
Although the initial release of The Familiar of Zero left the series abandoned in the West, Sentai Filmworks’ acquisition of all four seasons has seen the series thrive over the past year. While the second season spent time expanding the world and building up a bit of Saito and Louise’s relationship, it felt like in the end very little had actually changed. Now with the company releasing the third season of the series, The Familiar of Zero: Rondo of Princesses to audiences in the West where does the series go from here?

Story
Those who have not watched either the first season or Knight of the Twin Moons will be dealing with a handful of missed details and world building in this season since it takes place only a few days after the events that transpired during the final episode of the second season. 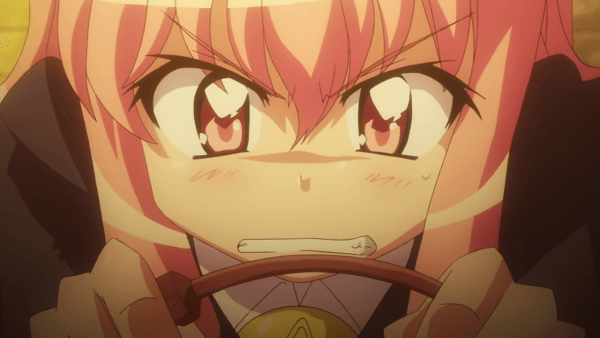 For those who may have forgotten, at the end of the last season it appeared that the newlyweds Louise and Saito would be heading towards a terrible end as Saito remained behind to face off against an army of Albion soldiers in order to buy time for Louise and Queen Henrietta to escape safely. Despite dying to the forces, he managed to return to life through unknown means and it is here that Rondo of Princesses picks up.

Life for Saito and Louise has returned to normal after returning to Tristain Academy but it appears that, perhaps due to his death, the ruins marking him as Louise’s familiar have faded away and with it his powers as Gandalfr. Unfortunately for those who would like to see how things would go without Saito being magically bound to Louise, something Siesta actually begins to aim for, this issue quickly becomes resolved shortly after heading out to find the “fairy” that resurrected Saito and coming under attack from Sheffield once again. 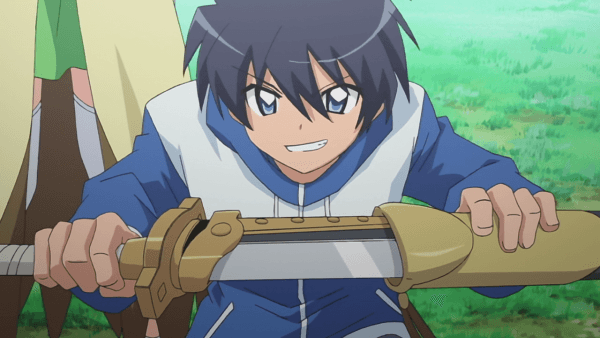 As one would expect, Saito quickly finds the fairy who turns out to be the well-endowed woman named Tiffania, a half-elf who has been living in isolation due to fears about her race. This does play a role which will be mentioned in a bit but after being given the rank of chevalier by the Queen, Saito’s life only grows far more complicated as Siesta is assigned as his personal maid and Tiffania joins the academy. All the while, darkness begins to move in a neighboring country with Sheffield’s new master revealing his intentions, one of which just so happens to include a soft-spoken friend, and will put Louise and Saito’s potential happiness at risk.

The Familiar of Zero: Rondo of Princesses follows a fairly standard formula with very few issues lasting for very long before being resolved, usually in the same episode, and the main issue playing in the background and rising up only occasionally to remind viewers that there is still danger in the world targeting Louise despite the land no longer in a constant state of war. This means that while there are still plenty of sub-plots that appear in the meantime, most of the season is spent either placing the characters in funny situations or playing the “will they or won’t they” game with Saito and Louise’s relationship. 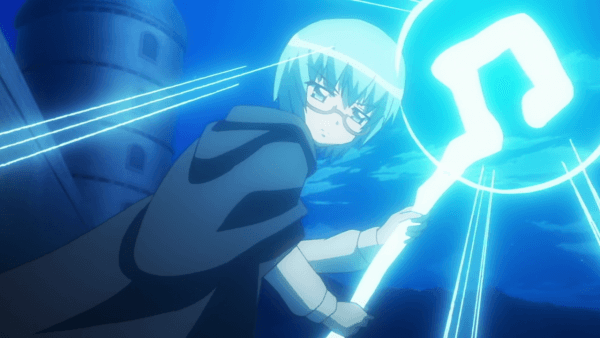 As mentioned earlier, few aspects are actually delved into regarding the characters with issues such as Saito’s status as a familiar and Louise’s concerns about summoning a new one resolving themselves in two episodes and even the harsh racism facing Tiffania once her secret is revealed only becoming an issue for half an episode before being resolved and never mentioned again around the school. Even the various developments that seem like they will occur between Saito and Louise generally are negated thanks to her always jumping to the worst conclusion and lashing out violently whenever Saito finds himself accidentally with another girl in some form.

Despite there being plenty of times that things seem to return back to the status quo, it does become a bit clear throughout the course of this season that Louise is willing to at least believe some elements of what Saito is saying, though more often than not viewers will be feeling sorry for Saito as the running joke of Louise’s explosions starts to wear thin. Thankfully there are still plenty of new gags brought on by introducing Tiffania and the jealousy that she causes in other girls, the return of all of the core side-characters, such as Guiche, who were previously non-existent due to the war, as well as the addition of a certain unexpected character near the end of the series, and of course all of the ecchi moments that usually see Louise being the butt of a joke. 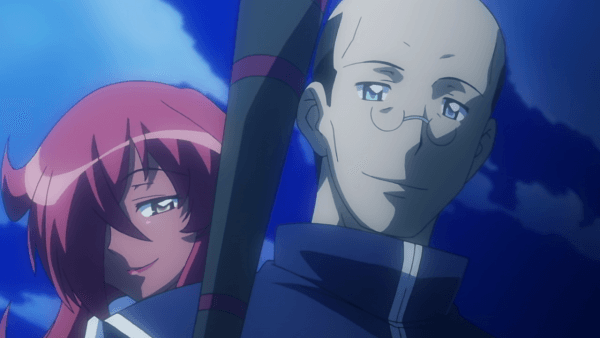 Thankfully, despite the series still feeling like it is attempting to hold onto a status quo, there does feel like there is some progression this season. This is thanks to the return of a certain character whose death hit hard last season and also to Tabitha, a character who rarely stood out unless someone needed to fly, being given quite a bit of focus near the end as we learn not only about her past but also about her family situation which helps her stand out, especially in regards to Saito, and gives meaning towards the events that unfold at the end other than Louise and Saito facing off against Sheffield once more.

Visuals
Although produced by the same studio as the past two seasons, Rondo of Princesses appears to benefit from being a year fresher than its predecessor as the series’ artwork appears to be far cleaner in this release than in the past with the colorful series appearing quite vibrant without any of the fuzziness that plagued the second season. The character designs remain the same and Tiffania serves as a nice addition to the core cast with her usually unique outfits. 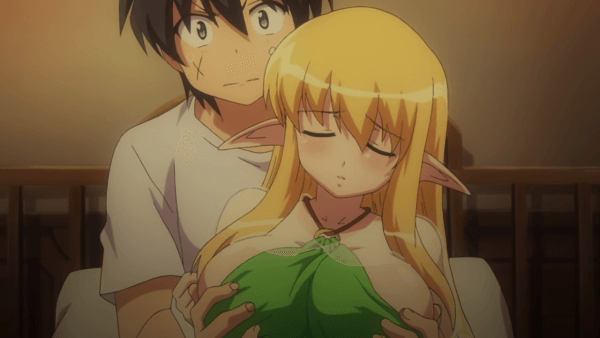 It is worth noting that the fan-service element has been given quite a boost in this season over the past few. This of course includes Tiffania, who appears to feature the largest bust of the cast with plenty of focus being placed on her chest both for comedic jealousy and to get Saito into trouble. There are plenty of instances where the female cast will be cosplaying in some form, though it comes under the guise of stealth, or with Siesta attempting to seduce the slightly more available Saito.

Audio
Similar to the second season, Rondo of Princesses has been released with only the original Japanese voice track. Fans of the series will appreciate that the voice actors have remained the same throughout the series with Rie Kugimiya handling Louise perfectly still while new characters are voiced fittingly, especially with Tiffania’s soft-spoken nature coming off very well. 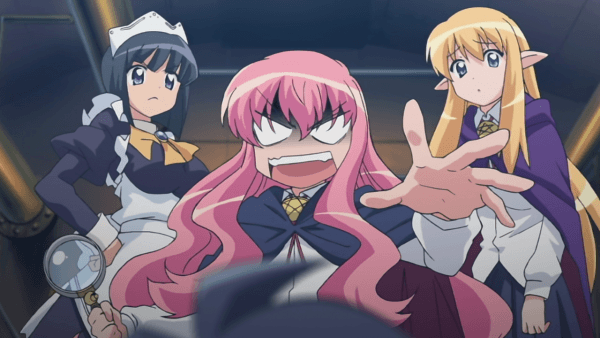 The soundtrack is fairly standard at this point and doesn’t really stand out, though a small vocal insert song is included this time which is something of a nice touch. The opening and ending themes continue to have something of a running theme, with “You’re the One” by Ichiko being an exciting opening and “Gomen” by Rie Kugimiya being softer and gives us a glimpse at Louise’s softer side.

Extras
The Familiar of Zero: Rondo of Princesses features a few of the expected special features such as a clean version of the opening and ending theme as well as trailers for other Sentai Filmworks releases but this time it also includes a bonus OVA episode. 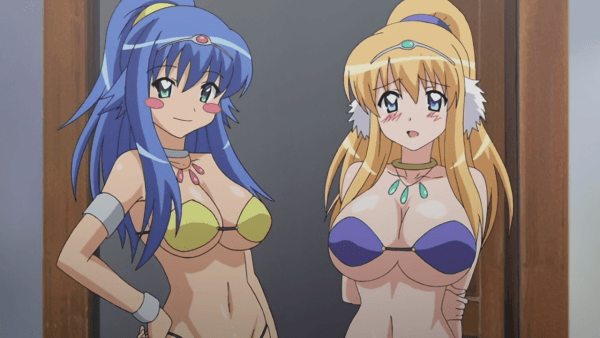 This OVA features plenty of fan-service as it sees the characters venture to the beach and, humorously enough, has most of the cast wearing swimsuits that practically cover their entire bodies. Of course, given how many things have managed to make their way into the fantasy land from the modern world, a number of swimsuits and bikinis have managed to appear as well allowing for the headmaster and the rest of the boys to trick the girls. The whole experience doesn’t have much impact but does contain a lot of fan-service without damaging the main storyline and also has quite a few humorous punchlines mixed in.

Overall
Although The Familiar of Zero: Rondo of Princesses still feels rather light for a series that is already on its third season, this time around there does feel like some actual progression has been made between Saito and Lousie plus Siesta starts acting far more aggressive and the introduction of Tiffania adds some extra spice to the mix to keep things fresh. The rest of the cast benefits from some focused character development and although many of the running jokes are still familiar, with a few starting to wear thin, the majority of the humor remains enjoyable though with the next season being the last; it will be interesting to see how things wrap up.