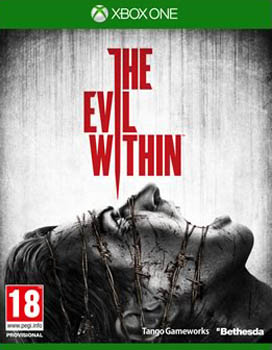 Survival Horror is one of those genres that has started to fall by the wayside as of late, with games like Resident Evil abandoning the “Survival” aspect of the genre, or Silent Hill just being unable to reach the level of terror and storytelling of the past. So the horror gaming community let out a unanimous sigh of relief when it was announced that Shinji Mikami, the creator of Resident Evil was once again in the director’s chair for The Evil Within. Promises were made that The Evil Within would see the resurgence of true survival horror. Were these promises delivered? Well yes, and no. 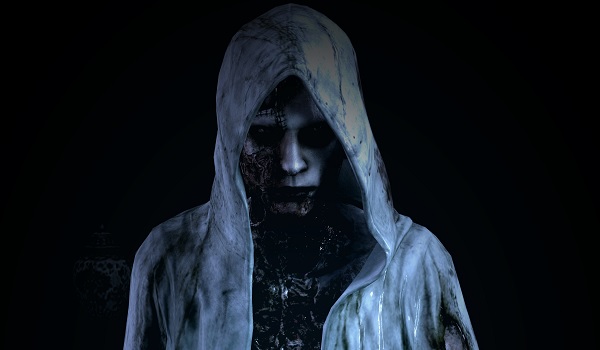 After a brutal murder at a mental hospital, Detective Sebastian Castellanos and his partners Joseph Oda and Julie Kidman are sent to investigate. There they see more than they ever expected and find themselves in a nightmarish world filled with monsters, aptly named The Haunted, and a mysterious figure; Ruvik who is hell-bent on seeing the trio suffer.

Fans of Resident Evil might remember the original trailer for Resident Evil 4 that features a gloomy castle, and a lot more supernatural themes than would ever fit in with the Resident Evil mythos. Well, The Evil Within feels like the fulfillment of that concept, with similar atmosphere and character design. Mikami finally got to make the game that he wanted to.

I can’t say too much more about the plot without getting into serious spoiler territory, but as you would expect from a horror game, the story is very present but it isn’t force-fed to the player. For the most part, we as players only know as much about the situation as Sebastian does (except for his personal back story, which is told through his journals). The story itself is quite convoluted and hard to keep track of, but this encourages replay in order to find those last few files and hopefully piece the narrative together. The game’s ambiguous (to say the least) ending is sure to leave people discussing it for years, or at least until we get to play through the two Kidman DLC chapters in a few months time.

The Evil Within feels like the true successor to 2005’s Resident Evil 4 and plays almost identical to the award-winning survival horror game. You control Sebastian Castellanos, and the game is played with a third-person, over the shoulder style. Having played Resident Evil 4 a LOT, I felt immediately comfortable with the control scheme and the way the game operated. Everything was fluid and responsive and I never felt like the controls were a hinderance to how I was playing.

One thing that Mikami and his team set out to do was to create a true-to-form survival horror game, and that means (like the older survival horror titles) that resources would be scarce and not every encounter would be winnable. To this end, a stealth mechanic was introduced to The Evil Within that let you sneak up on several of the creatures in the game (most notably the haunted) and perform instant kills on them from behind. On easier difficulties this is a lot easier to pull off, but on the game’s survival mode and above the task becomes quite difficult as enemy awareness is at an all-time high. The awareness that some enemies showed during my game made a few of the encounters cheap and a little tedious.

Cheap deaths are quite common in The Evil Within, and not just from the enemies you encounter. In fact many of the deaths that a player is likely to face come from the environment in the form of “don’t do everything 100% perfect and you WILL die.” These cheap insta-kill areas become more prominent in the later stages of the game and often you wont fully understand why you died until long after it has happened. Horror is hard to do right, and the occasional instant death area can create a lot of tension in the player, but The Evil Within kind of overdoes the mechanic to the point that it really sucked me out and reminded me that I was playing a video game.

The Evil Within is broken into fifteen chapters of various length, and the total game time runs at around about 15 hours (I’ve been told it is a little less if you play on an easier difficulty) so you get a good bang for your buck. Some of the longer stages have a double-edged sword effect where you are constantly waiting for the chapter to end because not only has it gone on for longer than expected, but that you really need to put the controller down and let your heart rate drop back down to a reasonable level.

The Evil Within gets the survival aspect of the genre nearly perfect by providing players with very limited resources and letting them find their own way through the game’s nefarious enemies and traps (seriously, after the first chapter there are no instructions on how to defeat enemies) leaving you to search the world around you for anything that looks like it might be helpful. As I was playing, I definitely felt like survival was a key component of development, and it came through amazingly. Some boss fights and enemy encounters are meant to be tackled a certain way and the game lets you discover the best method of approach through context alone.

Unfortunately, I don’t feel that The Evil Within nailed the “horror” part of survival horror. There are horror elements for sure, and many sections of the game have an air of tension among them, but many of these come down to the area being difficult as opposed to the game being scary. Horror is a very subjective concept however so what is frightening for me may not be the same for you.

The Evil Within has a lot of high notes to its gameplay, the area varieties are all great and keep the player engaged, while the resource-management side keeps things tense and grounded. Boss battles are a high point of the game for me, with a lot of differences between the types of bosses that you encounter and how you will defeat them. That is except for the final boss, which is a series of quick time events and a bombardment of bullets while your character is stationary, and honestly it put a really sour taste in my mouth at the end of the game.

A lot of complaints have surfaced online regarding the way that The Evil Within is presented. If you haven’t played the game already, The Evil Within has two black bars that obscure a pretty big portion of the screen, much like your TV would have if you were watching a movie. Honestly, it took me until someone watching over my shoulder told me that there were black bars for me to even notice and even then it legitimately didn’t take me out of the game. Granted that could be partially because I have a rather large television and am used to watching movies on it so the black bars went almost unnoticed and I can see how someone playing on something smaller, like say, a computer screen might get a little annoyed at them being there.

While black bars and the fact that the game runs at 30fps didn’t bother me, what really took me out of the moment were the in-game visuals. They aren’t bad per-say but they look seriously out-dated. The blood effects look like they were lifted straight out of Resident Evil 4, and the textures and character models didn’t look too much better. Sebastian’s character model is probably the most detailed in the game, followed closely by Ruvik but after that everyone looks rather bland and inconsequential. One particular scene that I remember clearly is when we first see one of the haunted transform. The barbed wire that wraps around him is pretty bad and much like the rest of the game is best described as being more akin of late last-gen than current.

Audio is such an integral part of a horror game, and Mikami’s team have done a pretty good job of it. Each monster makes its own unique sound and it becomes an important part of the gameplay for you to recognise a creature by the sounds it makes way before you even see it (or it sees you). The grunts and snarls of the haunted are gut-wrenching at times and you can really feel the pain and torture they are under just from them.

Monsters aren’t the only ones with amazing sound design however, as the guns Sebastian uses all sound as unique as they handle. The handgun’s softer “pop” lets you know that it is a less than stellar weapon, while in contrast the deafening “boom” of your shotgun just feels completely different. I’m no gun aficionado, but I know a great sounding video game firearm when I hear it, and The Evil Within has it in spades.

Voice acting however is a little less stellar, although that has become a Mikami trademark. Ever since the first Resident Evil, Mikami’s characters have always had stilted, dry acting that sounds like they are from a 1960s B-grade horror movie, it is part of the charm of the games he makes and it is about as apparent here as it has ever been before. One notable exception is Ruvik, who is voiced by Jackie Earle Hayley (Watchmen’s Rorschach and Nightmare Before Christmas’ Freddy) and provides an incredible, chilling contrast to the dry, lifeless main cast members. 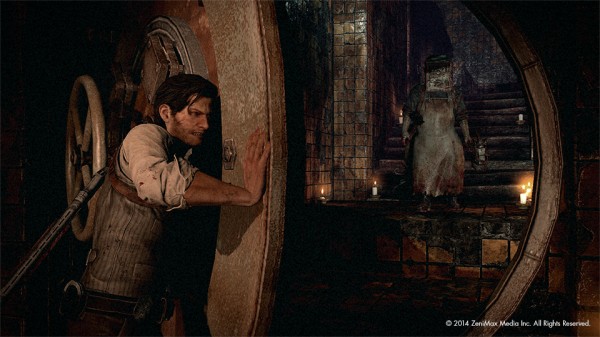 I originally wanted to write this review without harping on the fact that it was a Shinji Mikami game, but I simply cannot avoid it. From the gameplay mechanics, to the little easter eggs and nods at his previous games (Resident Evil fans will probably notice the fact that a Valve Handle and Crank are both included in the game) to the way the writing and voice-acting flowed, it is without a doubt a Shinji Mikami game. While I have close to no qualms with the gameplay of The Evil Within, I can honestly say that there were very few moments where I felt the “horror” aspect of Survival Horror – the creatures and the terrifying moments were there, but I think the cheap deaths and sub-optimal visuals used in the game really did detract from all that. Also the fact that as a player, I still don’t know the game’s complete narrative and wont know it until the already announced DLC launches frustrates me. However these aside, I really enjoyed The Evil Within and hope that this franchise continues to live on for a long time.