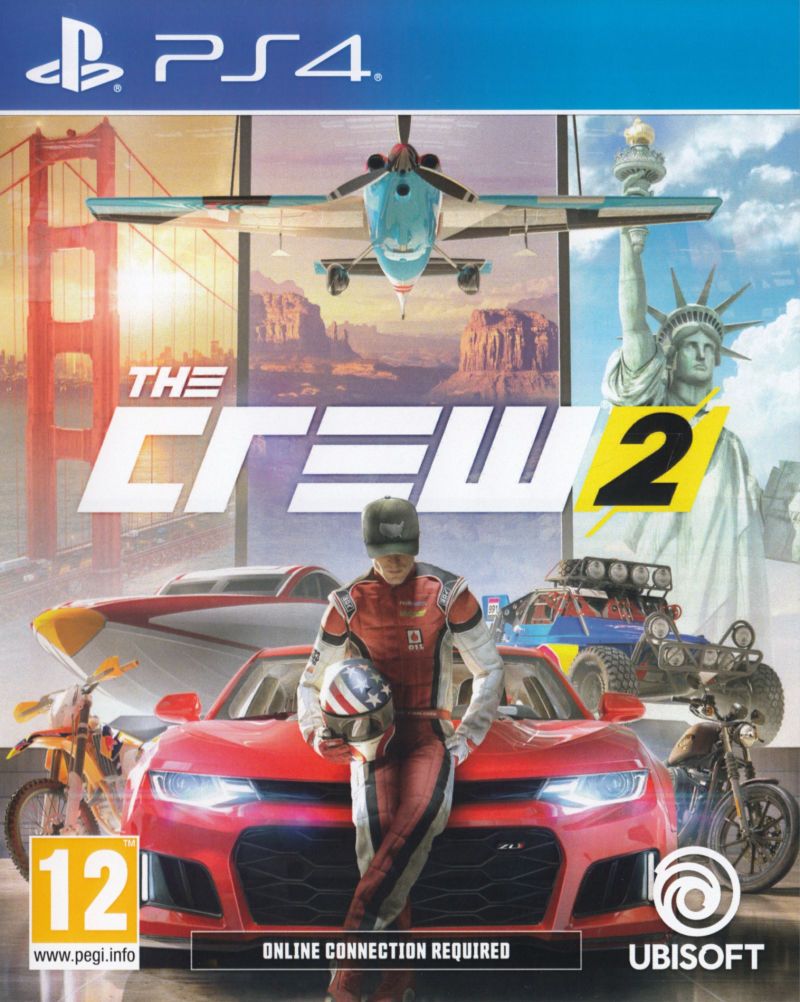 It’s time to return to the wide-open roads of America in The Crew 2 with three of your best friends. The Crew 2 is building upon the previous games’ open world experience by adding several new disciplines, such as stunt flying and racing boats. The Crew 2 offers four motorsport families that will introduce players to different aspects of motorsport culture: street racing, pro racing, off-roading, and freestyle.

Unlike the original game The Crew, The Crew 2 pretty much skips out on having any sort of real plot. Instead, the game embraces the social media age and sets players on a vague journey of being the best racer who is swarmed by social media followers. The writing is forgettable and serves as context for the game. The random interjections in the middle of races where characters will comment on the player’s progress is a major sore spot, as those lines tend to be corny and cringe inducing. 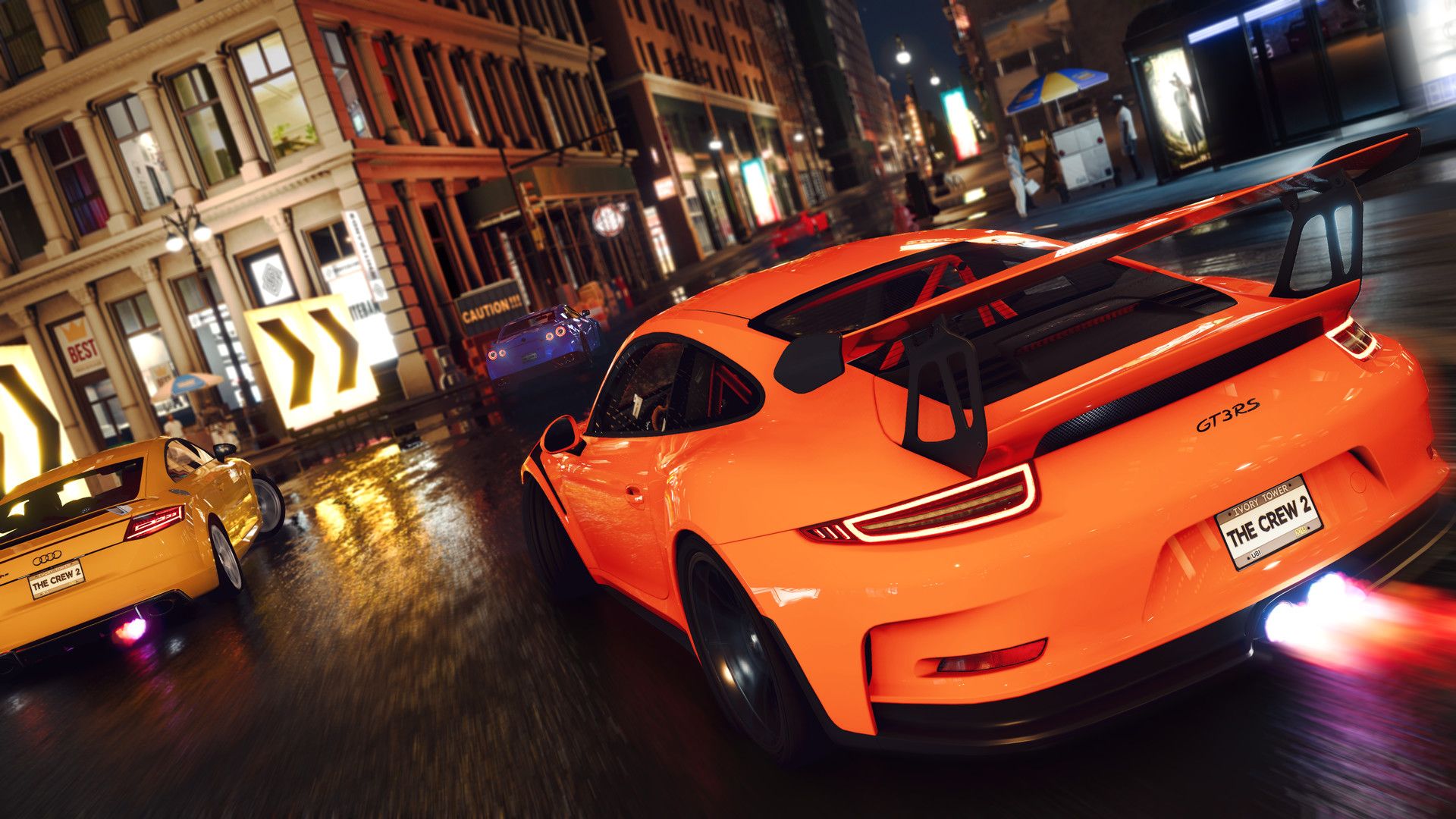 The Crew 2 is an open world racer set in a miniaturized version of the United States of America. The game offers a large map filled with small towns, back country roads, and race tracks to explore. Dotted across the landscape are races, stunt challenges, freestyle events, and photo opportunities. The game features fifteen disciplines spread between the four motorsport families that are unlocked as the players gains more social media followers for finishing and winning events, completing challenges, executing stunts, and taking photos with specific objectives in the frame.

I consider my car knowledge to be about the level of the average consumer. The Crew 2’s vehicle list seems like a diverse bunch to me. Most major car brands are present in the game, along with a few more niche manufacturers.  As usual, Toyota is mysteriously absent from the roster. The boats and planes in The Crew 2 are not as diverse, but there are a few recognizable names like the legendary Spitfire and P-51 Mustang airplanes.

The Crew 2 is an RPG/racing hybrid with the vehicle modification system. Mods of varying quality can be found scattered across the map or earned as rewards for winning races and stunt challenges. These parts are needed for improving vehicle capabilities so hard mode events can be completed. The progression could use some work. Each discipline has its own parts that can be freely swapped out between any vehicle in that discipline. Mods come in rarities of green, blue, and pink. Blue mods give one bonus effects, while pink offers two. These bonus effects either improve the performance of the vehicle under specific conditions or increase rewards. The mod system is extremely bare bones. It’s completely randomized as there is no way to craft mods for specific vehicle parts or reroll one of the two bonus effects found on pink mods. Instead, players are forced to keep testing their luck by continuing to grind out more drops. 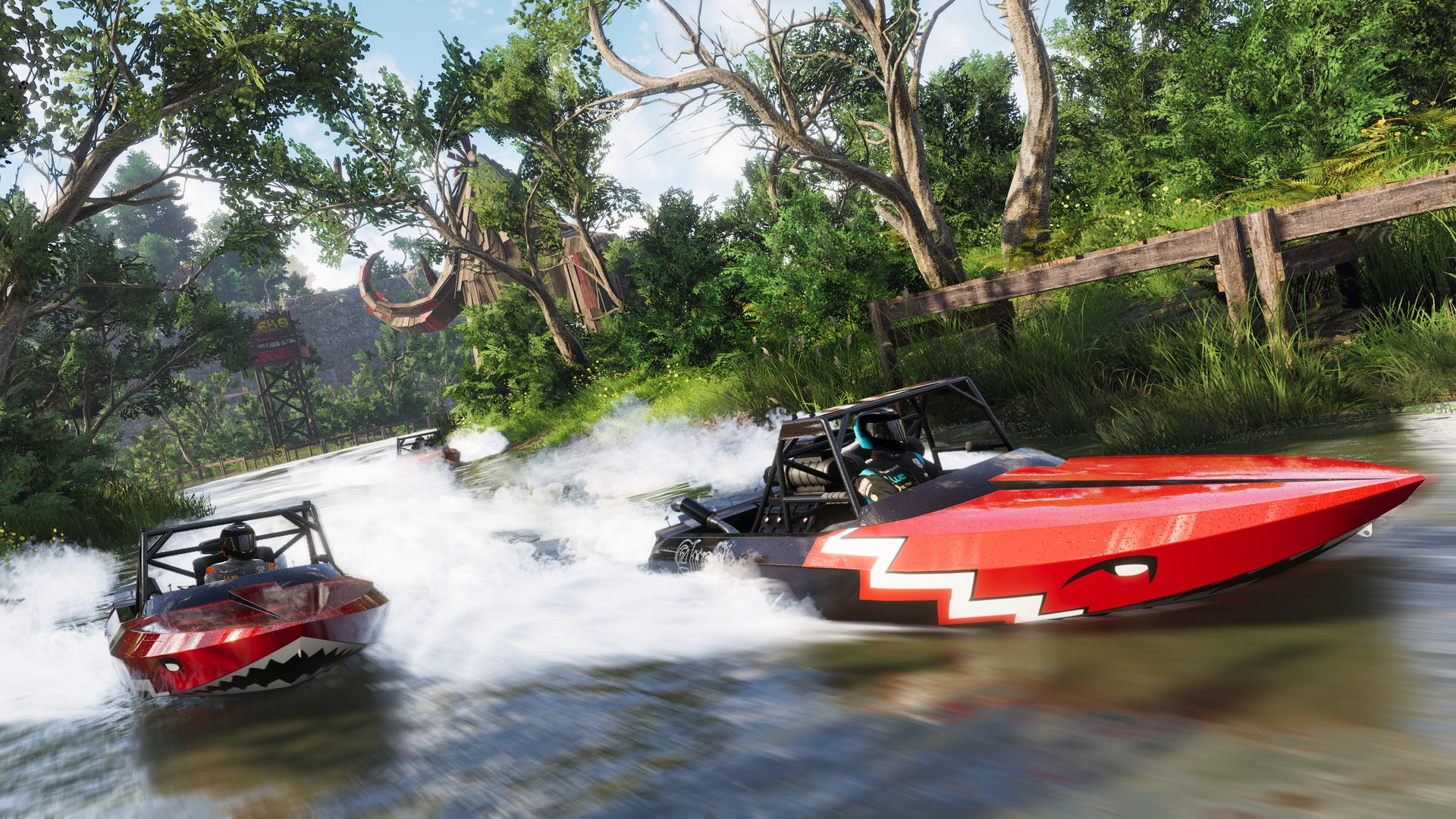 Mechanically speaking, The Crew 2 is a pretty standard arcade racer. The game is oriented for the average gamer, with its simple controls and forgiving starting difficulty level. Hardcore car fanatics will be able to tweak the handling of their car in the advanced options. The difficulty level jumps around erratically at times. Stunt-based challenges and off-road races are much easier than their road-based counterparts. The jump between normal and hard challenges is also very high, almost always requiring a player to own a higher-level car to be competitive.

Singleplayer is dull. There isn’t much incentive to drive around and explore alone as its always more efficient to grind events for money for new car and mods. The slog to get enough high-quality parts to reach the recommended levels for hard mode races is tough and will require playing the same races ad nauseum. The events themselves are good, offering a wide variety of disciplines that would theoretically keep the game pretty fresh if it wasn’t for the incessant need to grind. 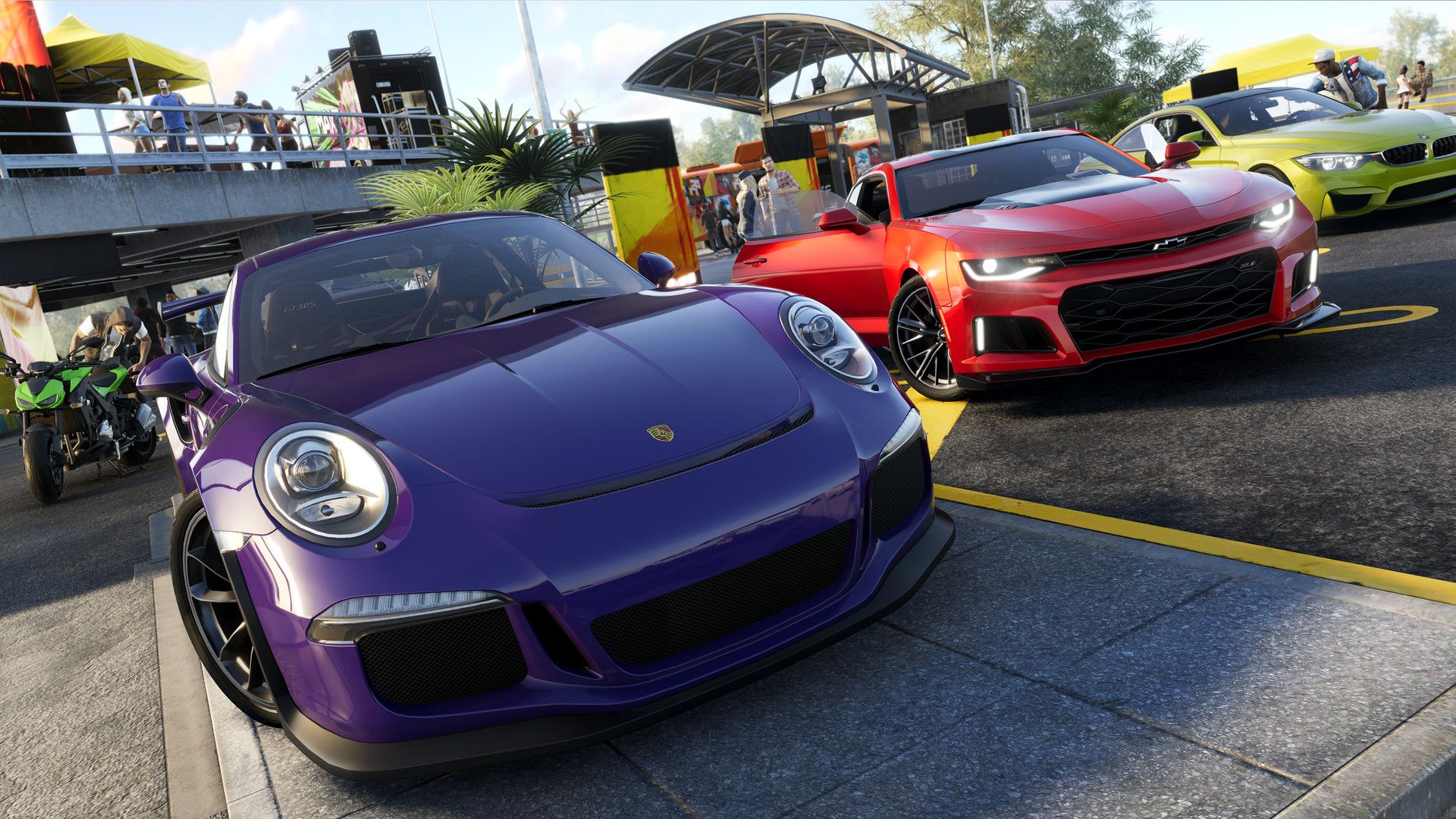 Multiplayer is where The Crew 2 shines, even if it’s not feature complete. The best moments of The Crew 2 all come from hanging out with friends with the game’s map as a blank canvas. Even simple exploration is a lot more fun with friends horsing around at the same time. The open world nature lets creative players think up of great games. Some of the most fun I had in The Crew 2 involved wrangling six friends to play a game of vehicle tag. The player that was it used a dirt buggy while the rest of the group removed tire traction on their starter road cars. The result was hours of loud fun on Discord. Of course, organizing the game illustrated one of The Crew 2’s weaknesses: crews are capped at four players, but sessions support up to eight. Trying to squeeze everyone into the same session took a good half hour of joining and leaving crews until everyone managed to get into the same session. Unfortunately, these home-made PVP games are a stand in for the lack of actual PVP in The Crew 2. Currently, crews can only participate in races as a group. While technically everyone fights for first place, only one of the four players need to reach the event goal for the entire crew to reap the rewards. Proper PVP is incoming but won’t arrive until the end of 2018 with a free update. I only hope that this update is not strictly limited to racing and stunt events, but also supports eight player free roam.

My experience with the PC port is positive. The game offers a solid suite of PC oriented options and support. The only downside is the game is capped at 60 FPS. Keyboard and mouse controls are never ideal for a racing game, but it works well enough. The controller execution is solid, and many major racing wheels are supported. There are a few notable exceptions on PC though, like Logitech’s current line up of G29 and G920 racing wheels. 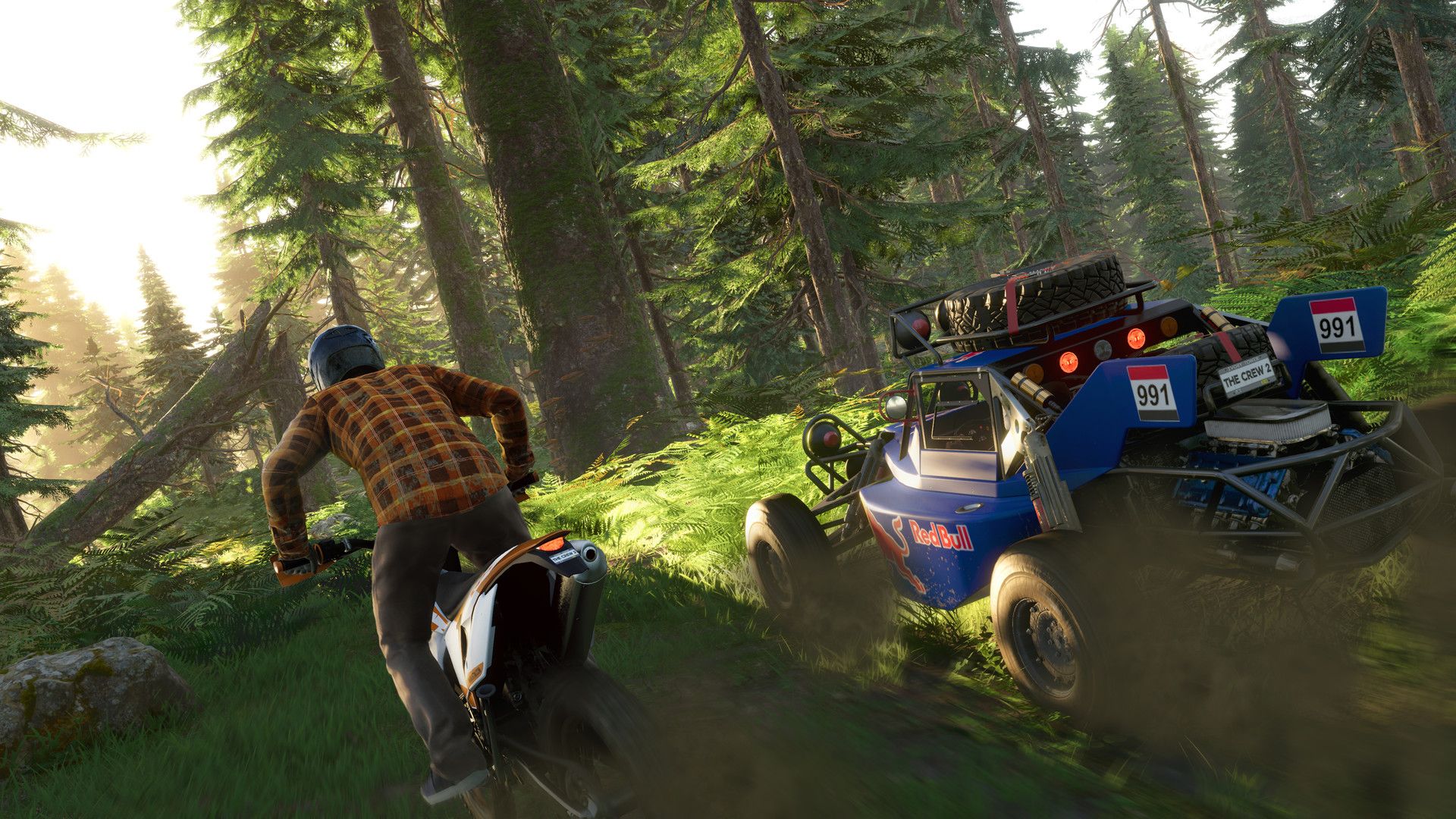 The Crew 2 looks good. The game has gorgeous weather effects. The map is a beautiful rendition of some of America’s iconic sights. The pedestrian animations don’t look natural but are a relatively minor complaint. While there are plenty of options for car customization, character customization falls a bit flat. There are only a small handful of pre-made characters. There are specific suits and helmets designed for different vehicles, but there are only two sets of equipment that can be equipped at once: street clothes and protective gear. The result is some odd combinations like a player in a Formula 1 fire proof suit with a pilot’s helmet riding a dirt bike while the AI is dressed appropriately for the occasion. I would have preferred a separate event-appropriate outfit that automatically switched depending on the vehicle.

The audio experience in The Crew 2 is solid. To my untrained ears, the car sound effects are enjoyable. Most of the voice acting is excellent, though the LIVE Racing announcer is the weakest of the bunch. The in-game radio offers a decent selection of music showcasing some smaller artists with a few bigger names sprinkled in. 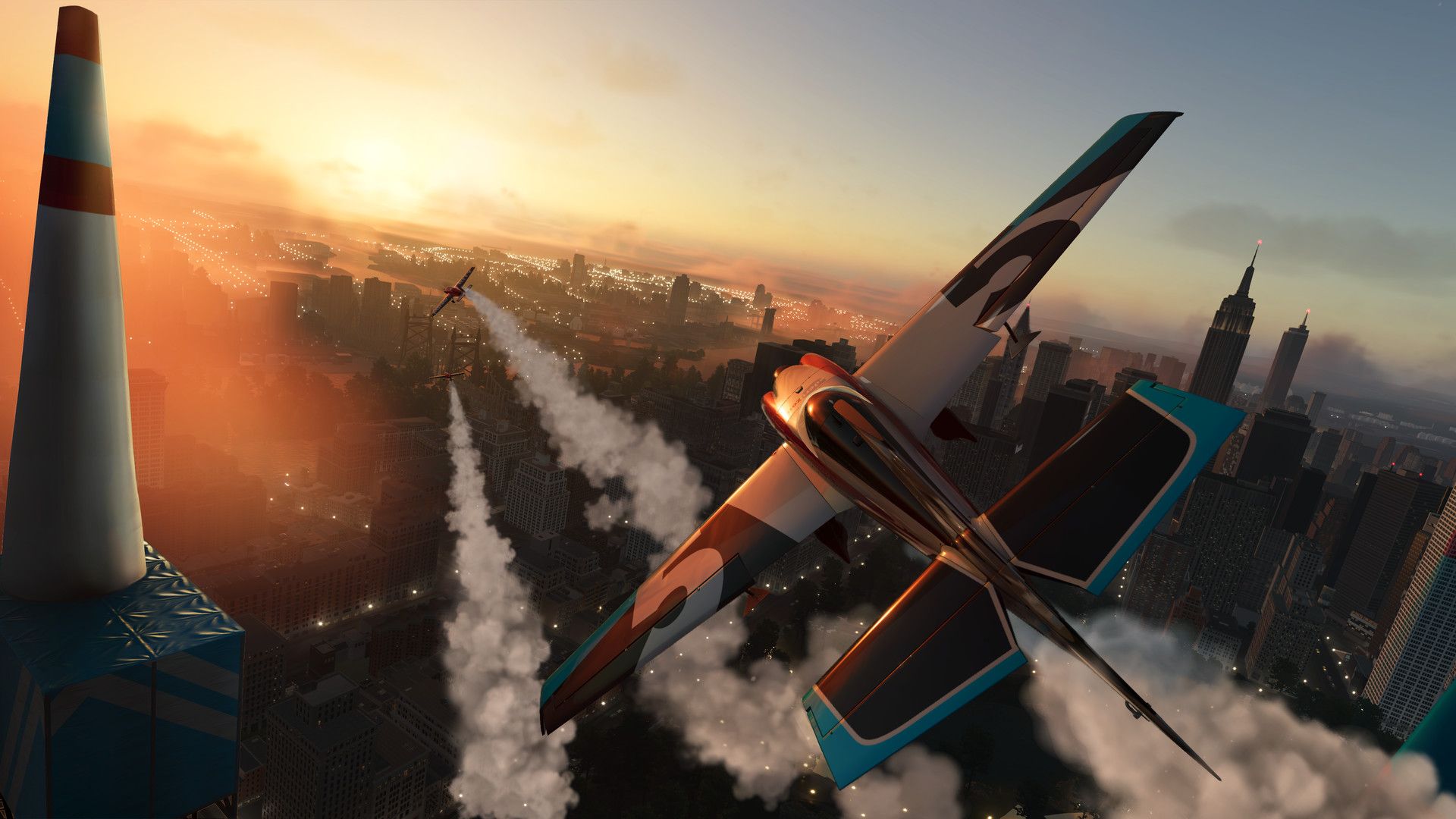 The Crew 2 is a perfect example of a jack of all trades, but master of none type title. It’s lack of depth and reliance on grinding makes for a boring singleplayer experience. Throw in a few friends in the mix, however, and the game becomes a lot more fun. Unfortunately, it feels like The Crew 2 was pushed out the door too early, as proper multiplayer lobbies are currently missing from the game.

The Crew 2 is a jack of all trade, master of none racer that is best enjoyed with friends.
6.5