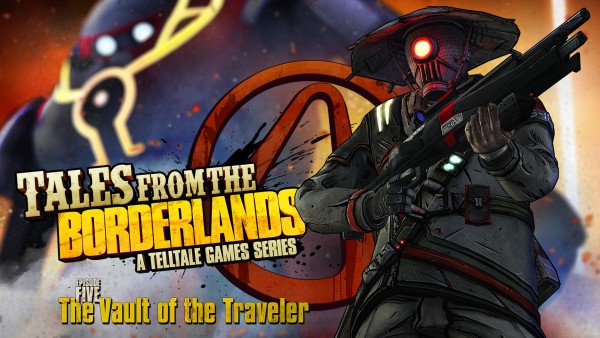 Overview
From initial doubts about how a game such as Borderlands would play in Telltale’s format to those same fans anxiously waiting to hear when the second episode would finally drop after a delay from the excellent kick off episode Tales from the Borderlands has been one hell of a ride ever since it was first announced. So now that with that ride coming to an end in the fifth and final episode of Tales from the Borderlands, does Escape Plan Bravo manage to provide a satisfying conclusion to what may be one of the best series that Telltale has produced?

Story
If you couldn’t tell already, since this is the review for the fifth and final episode of the series, those who have yet to play through the game at this point will likely run into a few spoilers that have taken place over the first four episodes and if you haven’t played through the game yet then you really should.

That being said, depending on how Rhys reacted to Handsome Jack’s offer at the end of Escape Plan Bravo creates a different start off to his side of the story though regardless of what you selected, this is Handsome Jack we are talking about and even in digital form he has always had his best interests in mind. As such once he turns on Rhys or continues to force Rhys into his plan depending on your previous choice kicks off a story that has had many questions still to answer and manages to answer practically all of them. 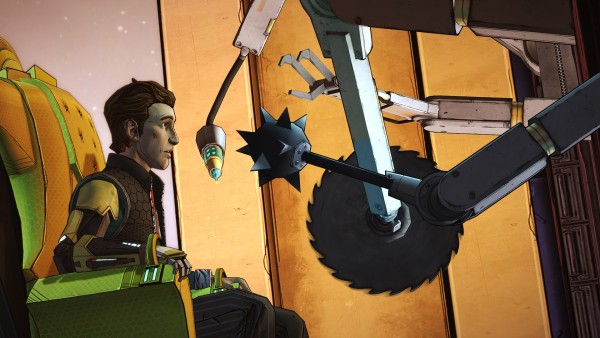 Things such as who the Stranger is that kidnapped Fiona and Rhys, what happened to the pair to put them in their current state, where some of our old friends that have disappeared are, what happened to Gortys, and more are all handled in expert fashion, especially in the case of the Stranger who many will be caught completely by surprise in a good way since not only does it make sense given the story’s perspective but also provides a great continuation to the story that moves beyond Rhys and Fiona recalling past events through flashbacks and moves forward into current events where the two find themselves teaming up with a number of others once more.

In fact, this teaming up aspect, which I don’t want to go into as it will spoil some of the best moments of the game, gives Tales from the Borderlands the best argument for a second playthrough that I’ve seen so far in the series. The title takes into account a large number of choices that players have made over the course of the previous four episodes and, depending on what you selected, will determine who you will be able to invite with you to make up your team. 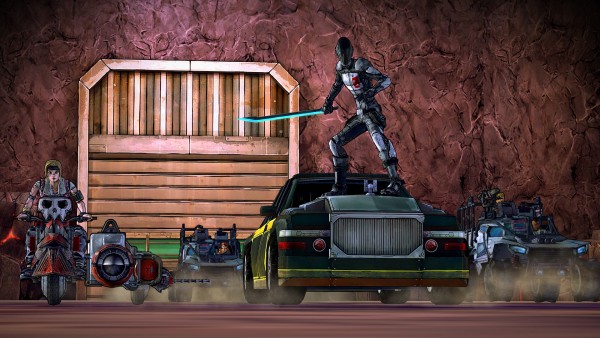 This means that if you opted to never mention your intentions as a Vault Hunter means Zer0 never paid attention to you or if you managed to play frugally with your cash then maybe you will be able to afford a certain character’s price tag to join up with the duo for the final battle. This creates a climactic finish that will certainly please fans of the Borderlands series and also those who wish to put together a team of some of their favorite surviving characters to see how certain actions and pieces of dialogue change in this sequence.

Speaking of choices, since this is the final episode, we see mostly immediate results to the various decisions made this time around but there is one sequence that is easily one of the highest points of the entire series and it comes with Rhys confronting Handsome Jack. Everyone’s favorite charismatic sociopath has always been a source of dark delight since his reappearance and this unsettling and emotional conclusion to his part in the story does seem to be left open a bit depending on what players choose to do, especially since the story itself leaves plenty of room for either a remarkably changed landscape for Borderlands 3 to step in or for a second season of Tales from the Borderlands. 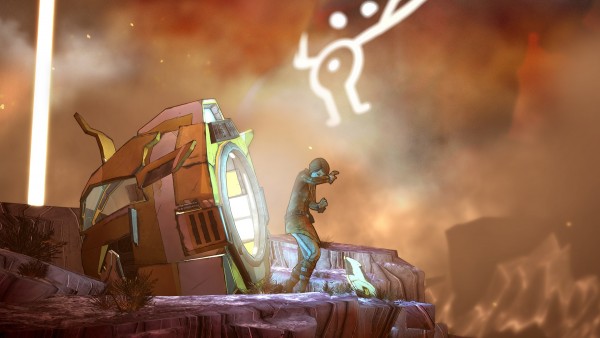 As mentioned, the writers have done an excellent job answering many of the questions fans still had in a satisfactory way and to top that off they also managed to provide some wonderfully humorous dialogue and banter that fans have come to love from our favorite characters. Thanks in part to the fact that The Vault of the Traveler moves at a brisk pace, players will be laughing one moment, dealing with a serious situation the next, despairing over a certain event, only to laugh afterwards. This does mean that there are very few slow moments but this is certainly high praise for a title that could easily have been wrapped up in a mediocre manner and instead chose to go all out.

Gameplay
Unlike past episodes of the game, Tales from the Borderlands: The Vault of the Traveler gives players almost no time to actually explore or look around an environment. Instead everything is presented through action packed scenes full of tension or pieces of dialogue that are placed between these moments. 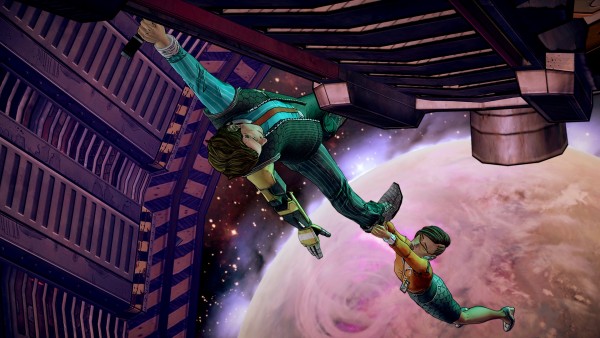 This may be something of a disappointment for fans who are hoping for a bit of puzzle gameplay mixed into the finale but instead The Vault of the Traveler focuses on providing plenty of quick time event moments that keep players focused on staying alive or partaking in an arcade style fighting sequence where players need to enter fighting move combos in a sequence that is easily one of the best I’ve seen in a Telltale game and refuse to spoil.

Visuals & Audio
Since this series is choosing to close out on an action packed conclusion players can expect to see quite a lot of movement in Tales from the Borderlands: The Vault of the Traveler but unfortunately the title does seem to have issues keeping up with the action. Especially during the last half hour of the episode I found the title lagging severely which is problematic considering the scenes that the slowdown occurred during. Thankfully the rest of the episode played itself off well and certain reveals, and a particularly gruesome moment, come off really well thanks to some great facial expressions and character animations used by the developers. 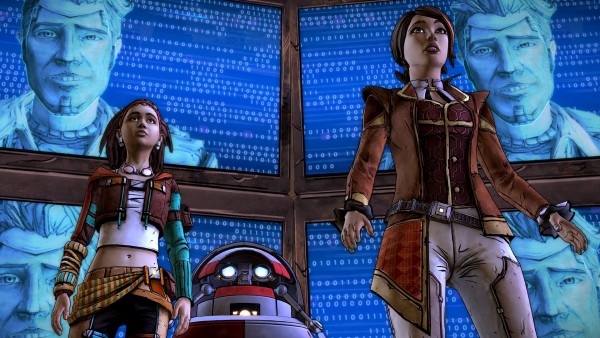 The voice work continues to be quite stellar in the final episode; with the actors nailing certain lines perfectly and making certain emotional scenes pack an extra punch while the comedic timing remains as golden as ever. The soundtrack also features a mix of fresh tracks as well as an extremely fitting opening theme that fits the despairing situation that Rhys and Fiona find themselves during the sequence.

Overall
There were many doubts coming into the announcement of Tales from the Borderlands but now with the release of the final episode of the series, The Vault of the Traveler, I can say that, by sticking with the series’ dark comedy while also placing players on a roller coaster of events that never seem to slow down during this final episode that wraps up most of the loose ends and leaves hints for more to come in the future, that Telltale has managed to produce one of their best series yet. 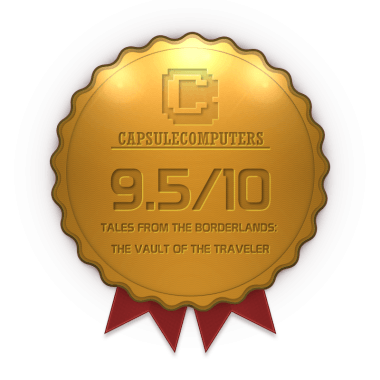