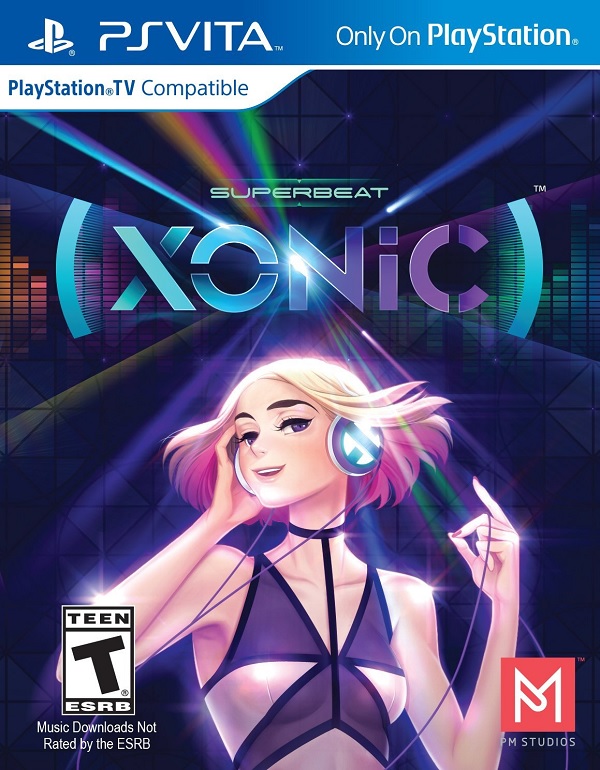 Overview
Rhythm games have certainly been on the rise lately with a number of high profile titles being localized over the course of the year but a certain series of games known as DJMax had long held a place in many hearts thanks to being one of the few great rhythm titles being released in the West. Unfortunately once the developers shut down many were disappointed that they would never have the chance to play such a game again, but thankfully many of the team has reassembled to create Superbeat: Xonic. So, now that a few years have passed, does this spiritual successor still have what it takes to be worthwhile?

Gameplay
As with many rhythm games, Superbeat: Xonic employs the style of having notes appear at the middle of the screen and then slide towards the edge of the screen with the player having to hit the note at the proper time or end up missing it entirely, resulting in lost power (health), a broken combo, and of course the chance to score points. With proper timing players will often result in “Super Beat” (Perfect) hits as well as Good hits that will keep their points going and contribute to a higher letter grade at the end of the song. 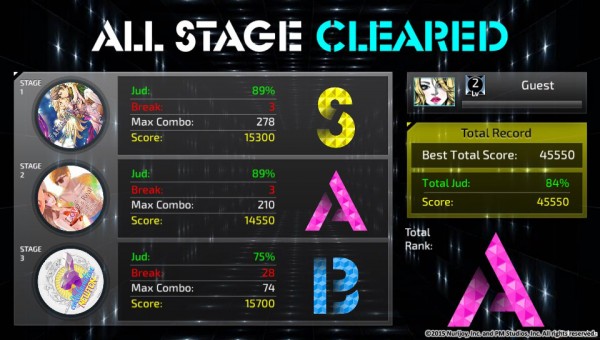 Now while Superbeat: Xonic may use a very standard formula, it does spice things up a bit by offering a number of challenging note types as well as the ability to play the title using two different styles. The standard notes can be hit by either simply tapping on the touch screen or using their pressing the corresponding face button as there are modes that feature four areas, called 4TRAX, that notes can slide through as well as modes that introduce six areas, simply called 6TRAX.

There are then buttons that require the player to either swipe the screen in a certain direction or slide the analog stick in that direction, hold notes which are self-explanatory, hold and drag notes that are by far the iffiest of the set, and at the hardest difficulties even the shoulder buttons get worked into things. While it is entirely possible to play Superbeat: Xonic using either method or a mix of both, the game feels specifically designed with touch screen in mind as forcing the player to switch between buttons and then sliding the analog stick can often result in an easily missed note, especially since even on the most basic difficulty the dragging notes register extremely poorly regardless of what input method the player chooses. 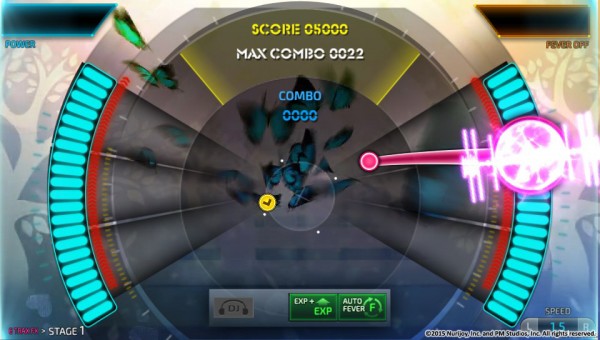 The difficulty level does grow to be rather extensive at times as even the basic 4TRAX difficulty does have a number of songs that require very rapid presses at times and if you aren’t careful it can be easy to fail here. This of course becomes even more challenging when you enter into the 6TRAX difficulty and eventually the much harder 6TRAX FX that can only be unlocked after the player hits level twenty, requiring the player to play quite a bit and familiarize themselves with everything the game will throw at them.

Of course there are some modifications that players can use at times, with players being able to change the speed that notes appear. This allows players to slightly adjust how fast the notes will fly from the center of the screen with the highest values offering an extreme challenge and the slowest allowing players to familiarize themselves a bit with a song’s patterns. 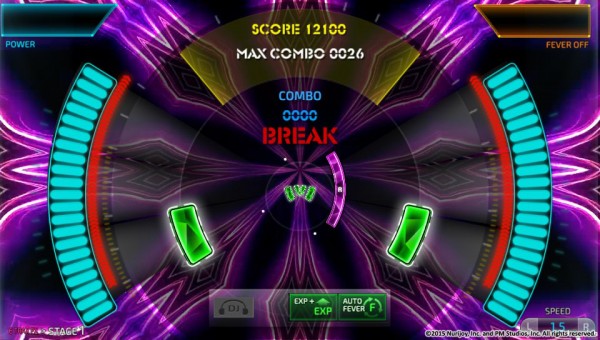 Now onto the gameplay modes on offer, players will find themselves only being able to partake in Stage Mode and World Tour. Stage Mode offers players a chance to play through a set of selectable songs that they must complete in order to pass at the aforementioned difficulty levels with various letter grades ranging from the obvious F to the best S++. Songs that are unlocked and then played in Stage Mode are then added into the Free Style mode that allows players to have a bit more choice when it comes to what they play and earn the best score possible to try and grind away at their DJ Level, which is also used to unlock songs and various elements of customization.

The World Tour mode places players in the same style of play as Stage Mode but this time the songs are all chosen for the player and on top of simply clearing them, the player must now meet a certain task at the same time. This starts off as simply being “60 Combo” to being far more difficult and not completing a task will result in failure even if you did great with the songs, though generally doing great and completing a task are one in the same. 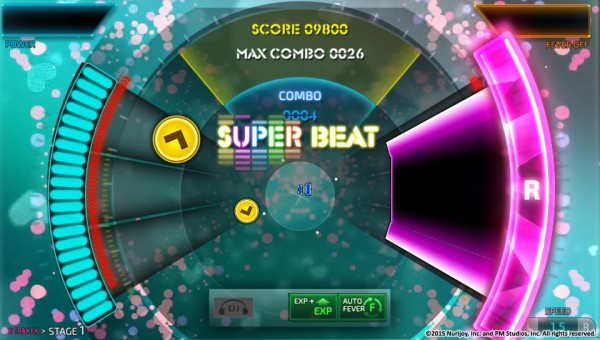 Other than that there is unfortunately very little depth to what Superbeat: Xonic has to offer outside of those two modes. There are some very minor customization elements such as selecting a DJ image, comparing your ranking with other player’s in the game, a stat tracker, and options to change what tone is played when hitting a note, there really isn’t much more depth to this rhythm game.

Visuals & Audio
Generally most rhythm games aim for a nice mixture of songs to keep the soundtrack fresh and allow a wide variety of songs for people with different tastes to enjoy. Unfortunately in Superbeat: Xonic‘s case they have casted that net a bit too wide as there are a wide variety of genres here with songs from Metal, Easy Listening, Latin, various styles of Pop, R&B, and much more. This means that while there is something for everyone, there are also plenty of songs that players will absolutely dread, forcing them to either avoid them entirely or begrudgingly play through when forced in World Tour. 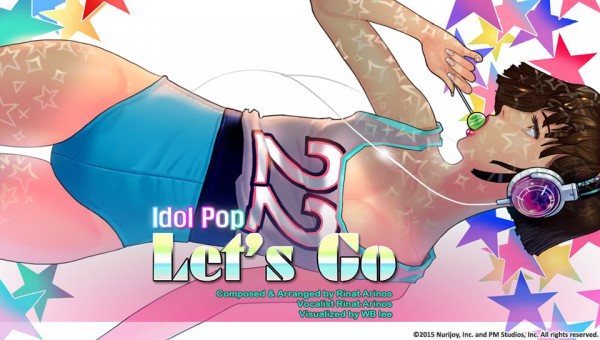 At the same time the player’s also will find that outside of some rather enticing looking artwork for many of the songs covers, Superbeat: Xonic offers a very simplistic stylized visual experience. The minimalistic style chosen mostly features various colors and shapes in the background to provide a simple aesthetic experience to not detract from the notes. This is a nice change from rhythm games that can be far too busy in the background and may cause a missed note.

Overall
Superbeat: Xonic is a polished title that sets itself apart from many of the other rhythm games currently on the market but also lacks the same type of attraction that those games offer. Although it may not offer a wide depth of modes or impress visually, Superbeat: Xonic does offer fairly solid gameplay mechanics and a wide range of songs that offer a wide range of genres that will please many fans of rhythm games while also annoying those who are looking for a more targeted collection.
Capsule Computers review guidelines can be found here.