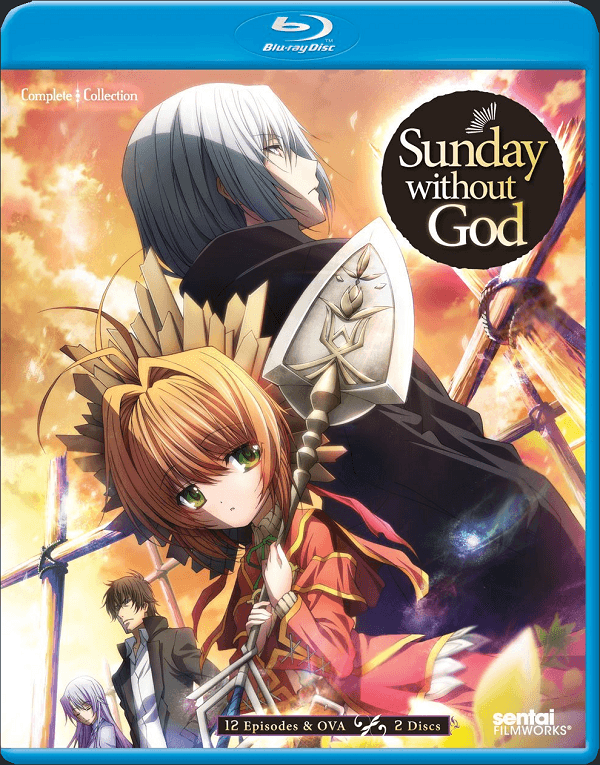 Overview
Many anime series focus on the protagonists either fighting against a great evil or trying to prevent a disaster. However, other than being set in some sort of wasteland few anime take the viewer past the apocalypse and actually show us how the world has changed and how the people are now living their lives. Sunday Without God happens to be a series with a world that undergoes its own type of apocalypse and handles it in a rather unique way, but is the show worth picking up?

Story
Fifteen years prior to the start of the series, the voice of God boomed throughout the world informing humanity that he was abandoning them and leaving them to their own devices. When this occurred, humans found that they could no longer die as anyone who suffered a mortal wound or died from severe illness would continue on as if nothing had ever happened, living on as one of the dead. 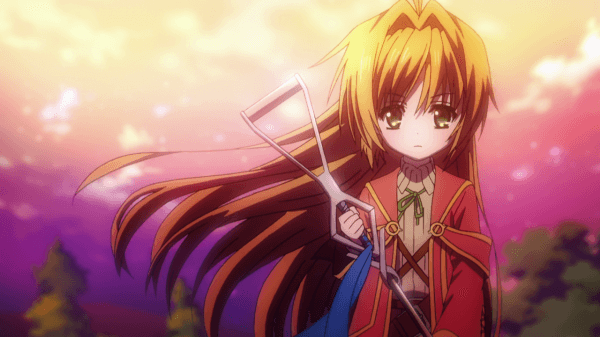 While this may have come as a blessing for some, it was also found that no new life could ever be born into the world and even those who died and continued to exist would slowly deteriorate into mindless beings. As such Gravekeepers were placed in the world. Gravekeepers possess the ability to bury the dead and give them eternal rest, making them both sought after and feared in this new world.

Sunday Without God follows an orphaned twelve year old girl named Ai, who is quite special as not only was she born of a human and a Gravekeeper, she inherited her mother’s abilities when she died. Being the youngest girl in the village, everyone dotes on Ai and because of this; she is naïve to the ways of the world and even to her role as a Gravekeeper as she simply tends to forty seven empty graves even though no one seems to age. 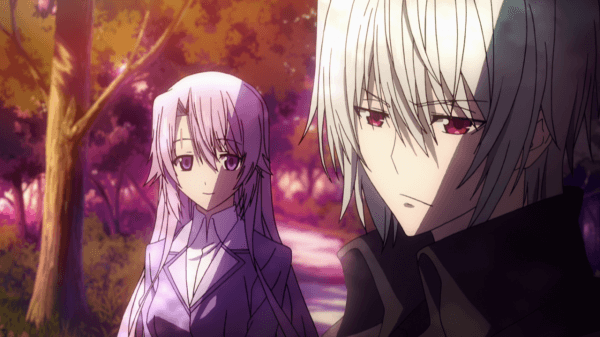 This changes when a strange gunman using a seemingly made-up name of Hampnie Hambart, the same name as Ai’s father, appears in the village, threatens Ai, kills everyone, and reveals the real nature of the world to Ai. With Hampnie possessing his own unique ability and searching for something, Ai believes the man to be her father despite his brash actions and rough personality and follows him out of the now empty village where she meets with yet another Gravekeeper named Scar as well as a man named Yuri who has suffered in the past thanks to Hampnie and the current state of the world.

Sunday Without God is a bit of an odd series thanks to the way that it handles Ai and the world. Throughout the series the story goes through four two to three episode story arcs and although the first primarily focuses on Ai, her experience with Hampnie, and establishing a goal for herself, it then shifts the focus off of Ai and the following arcs instead focus on the world itself with Ai simply being the character viewers are following the entire time. Through her we see a world where a city of over a million dead reside in peace but keep the living out, a school that holds children with special abilities as prisoners for their own means, and another school where students are forced to relive tragic events in a series of time loops, with almost all of these sequences shaking Ai’s view of the world and her own goal. 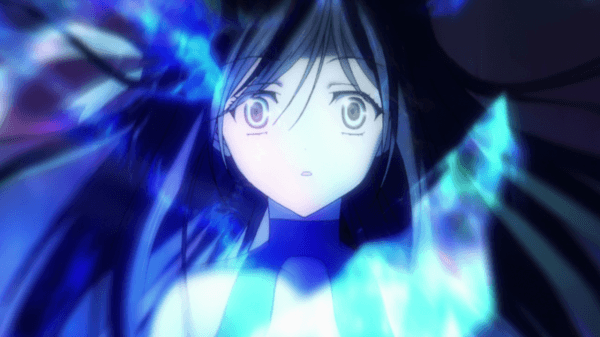 All of these arcs are a great way to build up the world and show how various people have begun to adapt in a world without god but it also does not really explain much of anything. The way that the show tends to jump around and never properly explain things is problematic. This is especially true during an arc that explains how some willingly allow themselves to die after losing the means to support themselves and how the city philosophy works and the feelings of those living in it, but it never really goes in-depth, causing these moments to lose meaning.

Thanks to this, the series feels like a mess at times as not only are numerous important story events mentioned but never delved into, but there are moments where entire developments come out of nowhere and make little to no sense. This is also an issue when it comes to the way that the characters are handled as Scar and Yuri both serve as simple side-characters that have a few moments here and there but are largely left in the background as Ai experiences a different series of events with a new batch of characters that end up being left behind when the series moves on. 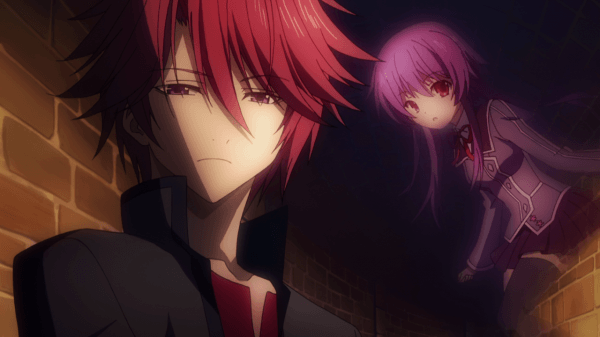 That isn’t to say that Sunday Without God is without its moments. Thanks to the heavier themes the series tackles there are a number of times in the series that certain scenes will really hit home emotionally, especially early on when a completely unexpected development comes together in one incredibly memorable sequence that will probably leave you with tears.

Visuals
There are few anime studios with such a great animation record as Madhouse and it really shows in Sunday Without God. From the way that colors are used throughout the series to the way that the environments are extravagantly detailed, this series is gorgeous. Rarely do backgrounds deserve as much praise as they do in a series such as this, but they really do stand out thanks to the impressive level of detail put into some of the larger environments. 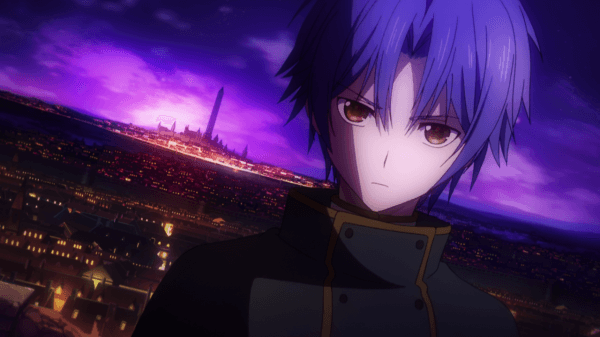 The character designs are more on the standard side and although Sunday Without God does set itself apart in the earlier arcs by having some unique looking character designs, it feels like that aspiration disappears as the series progresses.

Audio
With this release, Sentai Filmworks has produced their own English dub to accompany the standard Japanese voice track and they have done an excellent job with the characters. Caitlynn French’s portrayal of Ai has a lot of range as Ai’s energetic and naïve attitude transfers well into the more dramatic moments of the story. 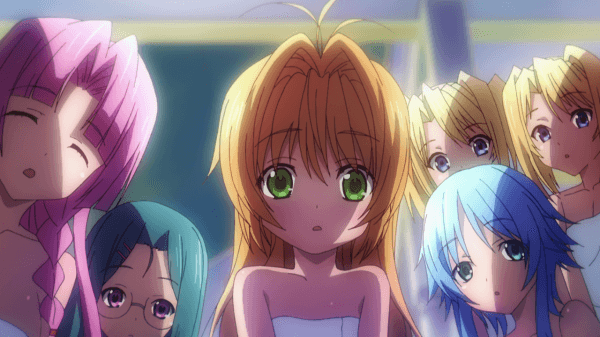 One thing that really works well in Sunday Without God’s favor is the way it handles its background music. There are numerous moments throughout the series that the simple melodies that play during melancholy moments really make that scene stand out. Also the studio has made expert use of playing the ending theme “Owaranai Melody wo Utaidashimashita” by Mikako Komatsu during the closing scenes of an episode or throughout an entire ending sequence as the tone and lyrics can be really moving. The opening theme “Birth” by Eri Kitamaru is similar in tone though it is a bit more upbeat.

Extras
There are a handful of bonus features included in this release of Sunday Without God, though most of them are your standard fair. This includes clean opening and ending themes, disc credits, and trailers for other Sentai Filmworks releases. The only standout extra is the OVA “Memories” which is split into separate parts and features flashbacks to small scenes that were not shown in the main series.

Overall
Sunday Without God feels like a series that may have been rushed to cram as much content as possible within a twelve episode series. While it may contain numerous world building arcs and give viewers an intriguing look into what the world has become, it never goes beyond simply presenting these themes as it never follows up on them.

Watching Ai learn more about the world is certainly interesting but it also means that almost everything takes a backseat to these stories as they unfold with little actual consequence. Thanks to the poor pacing and numerous nonsense additions, Sunday Without God is a gorgeous but flawed show that feels like it has so much more to offer but only delivers half of what is expected.