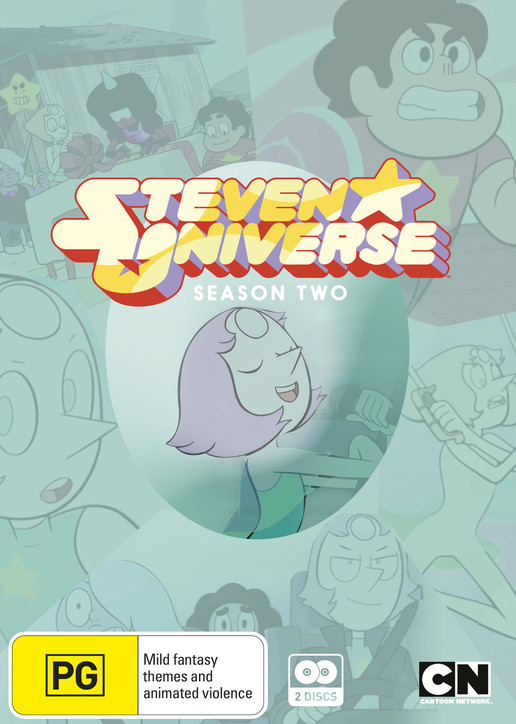 Things are slowly returning to normal for the Crystal Gems and the other residents of Beach City. Peridot is still somewhere on Earth, however, and it is imperative that her escape pod is found and that she is dealt with by Steven, Garnet, Amethyst and Pearl. While trying to capture Peridot, Garnet and Steven uncover a disturbing secret in the Kindergarten, and Connie finds herself becoming more and more involved in Steven’s life and the danger that surrounds it.

In addition to the major plot element involving Peridot, much of this season is spent exploring various relationships and having characters work through issues they have with a friend or family member. Character development is important and always welcome in this series, and even minor characters who are not a part of the overarching narrative are further developed. For example, we are given a look into Sadie’s life and her relationship with her mother in “Sadie’s Song”. Her mother shares some similarities with Connie’s mother; they both want the best for their daughter and both sign them up for more than they want. What differs is how they try to run each daughter’s life; Sadie’s mother thinks the world of Sadie and just wants her to be engaged in whatever makes her happy, while Connie’s mother is significantly more protective and wants Connie to follow a strict schedule of rigorous academics in an attempt to know where she is and what she is doing at all times. Connie’s mother eventually realises that her daughter is a strong person capable of managing her own life as much as she possibly can as a 12-year-old, and we can see for ourselves just how strong and caring Connie is. To a certain extent, she also appears to accept that Steven is not a bad person for Connie to spend time with, although she likely does not yet truly realise how important Steven is to her. Rose Quartz’s philosophy of believing in the good of everybody permeates throughout the entire show, and Steven is able to prove that his mother was right even when faced with the most challenging adversaries he has encountered thus far. 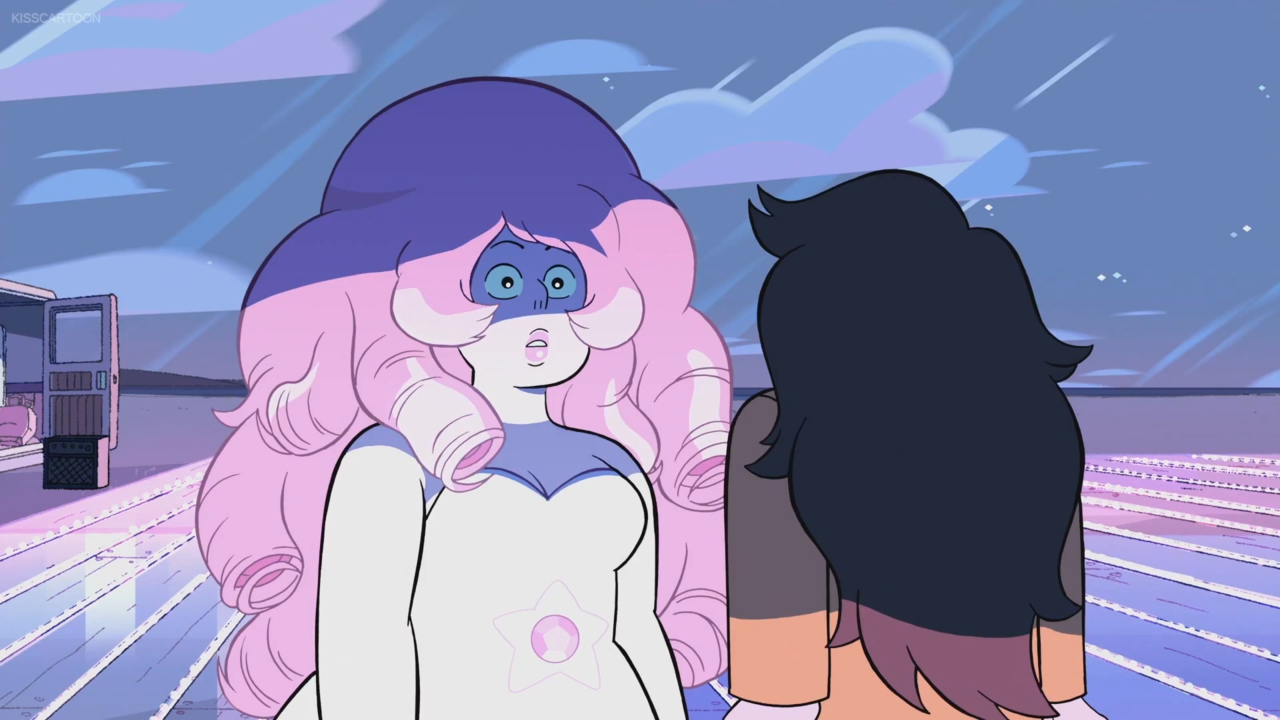 The approach to plot development taken in Steven Universe is one of its many strong points. Whole episodes can go by that are focused solely on exploring characters and providing character development, while other episodes are focused on introducing crucial plot details. The slow and steady method used here allows for each episode to be meaningful and memorable. Locating Peridot’s escape pod and capturing Peridot herself are important tasks, but the writers never rush through these events. A large portion of this season is spent exploring the character of Pearl as she tries to prove to Garnet that she can be useful. She manipulates Garnet in one episode while trying to capture Peridot, and it takes a while before Garnet can accept Pearl again after being deceived by her. This focus on the characters in addition to the plot also allows us to see Peridot for who she really is later on, which prevents her from coming across as a villain who cannot be reasoned with. Steven gives her an extraordinary gift in the form of a tape recorder, which is quite possibly the best tool for dialogue he could have given her. Peridot finds it difficult to say how she truly feels to anyone, or even acknowledge what her feelings are. With the simple tape recorder, however, she can record her thoughts and play them to whomever she wants without actually having to say anything to their face. This never comes across as cowardly; taking one step at a time helps prepare her to finally confront Yellow Diamond, one of the matriarchs of the Gems’ home world. Many important events have occurred this season, and while it ends on a sentimental note, it all adds to the anticipation of what is going to happen next. Steven may be at the center of this series, but everything going on around him is just as magical. 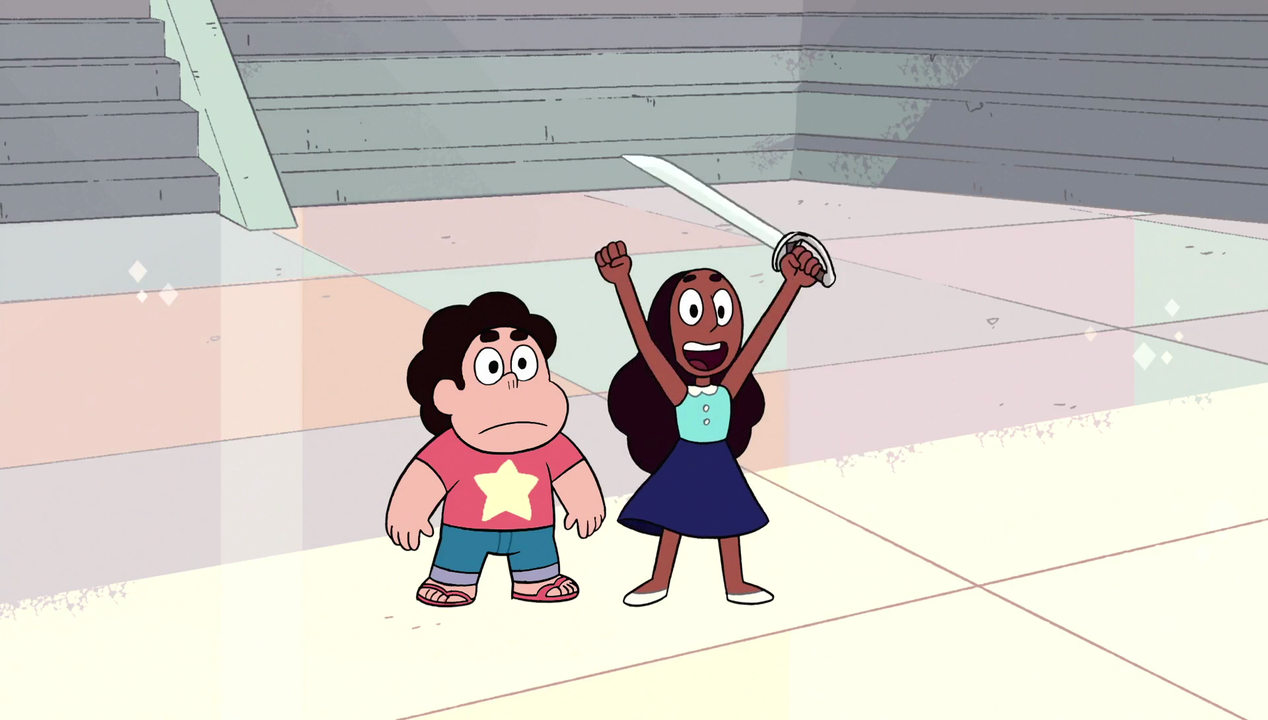 Fluid animation is a given in Cartoon Network productions such as this one, but there are some impressive sequences throughout this season even by those standards. Pearl teaching Connie how to use a sword is visually outstanding, and it perfectly demonstrates Pearl’s elegance and Connie’s determination to fight alongside Steven. The characters are all physically expressive; everyone from Greg to Peridot says about as much with their facial expressions as they do with their words. The expressiveness of Ruby also sharply contrasts with Sapphire’s stoicism when we see them again; Garnet fans will undoubtedly enjoy her recount of how Ruby and Sapphire met in a later episode. It is so easy to become immersed in this show and its incredible universe and history, and the animation only adds to that quality. 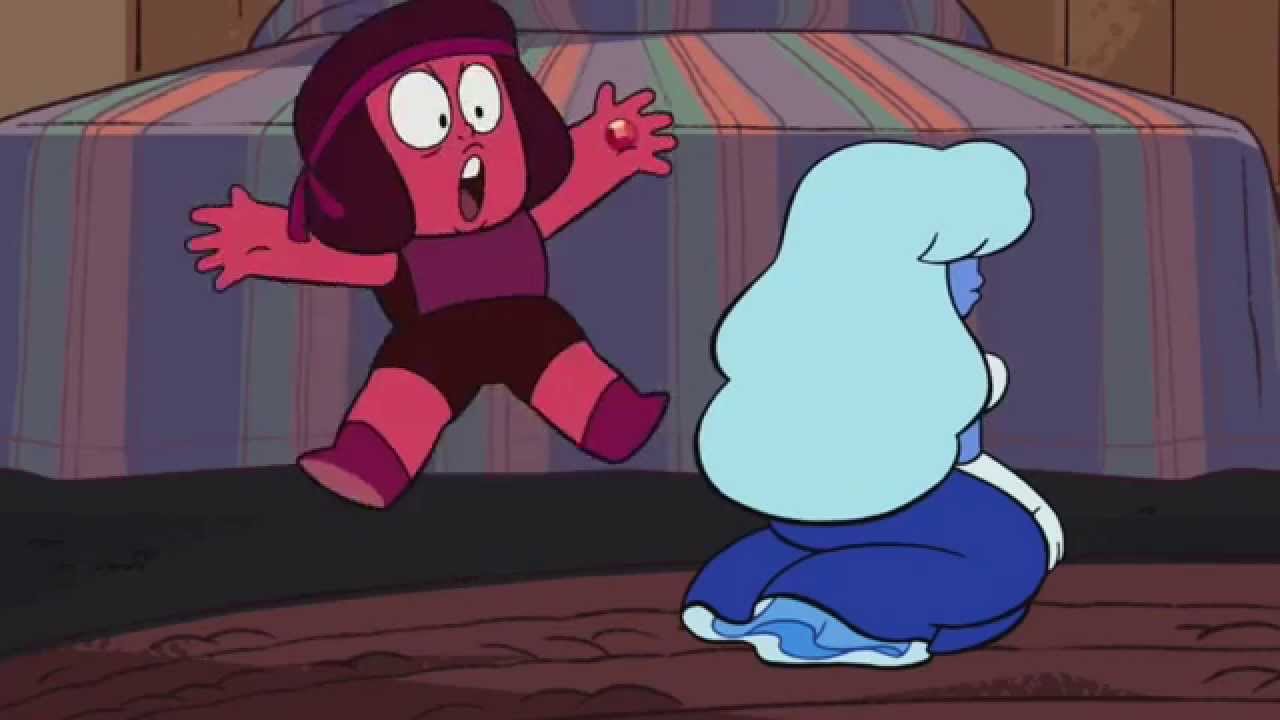 Once again, every single aspect of the audio is impressive. The background music, composed by Aivi and Surasshu, enhances the wondrous settings and events of each episode. The new version of the opening song, “We Are the Crystal Gems,” is fantastic in its simplicity, and the ever-changing music that plays during the end credits is pleasant to listen to.

Every role is perfectly cast, even for the minor characters who appear just once or twice this season. Tom Sharpling has a few more moments in the spotlight as Greg Universe, but what stands out in every episode is how well-suited the female voice actors are to their roles. This is nothing like anime, where there are just half a dozen types of high-pitched female character voices in almost everything. Instead, there is a stunning amount of variety here; Shelby Rabara is outstanding in her role as the initially distrustful and overly-confident Peridot, for example, and Jennifer Paz is once again outstanding in her brief moments as Lapis Lazuli. What really tops it all off are the musical performances. Sadie gets to sing in one episode devoted to her, Connie has a part in two songs and Amethyst even sings a song that helps us better understand her feelings. As if the inclusion of “Stronger Than You” wasn’t reason enough to buy the first volume of the original soundtrack, having songs sung by Connie (Grace Rolek) and more basically make it a must-have. 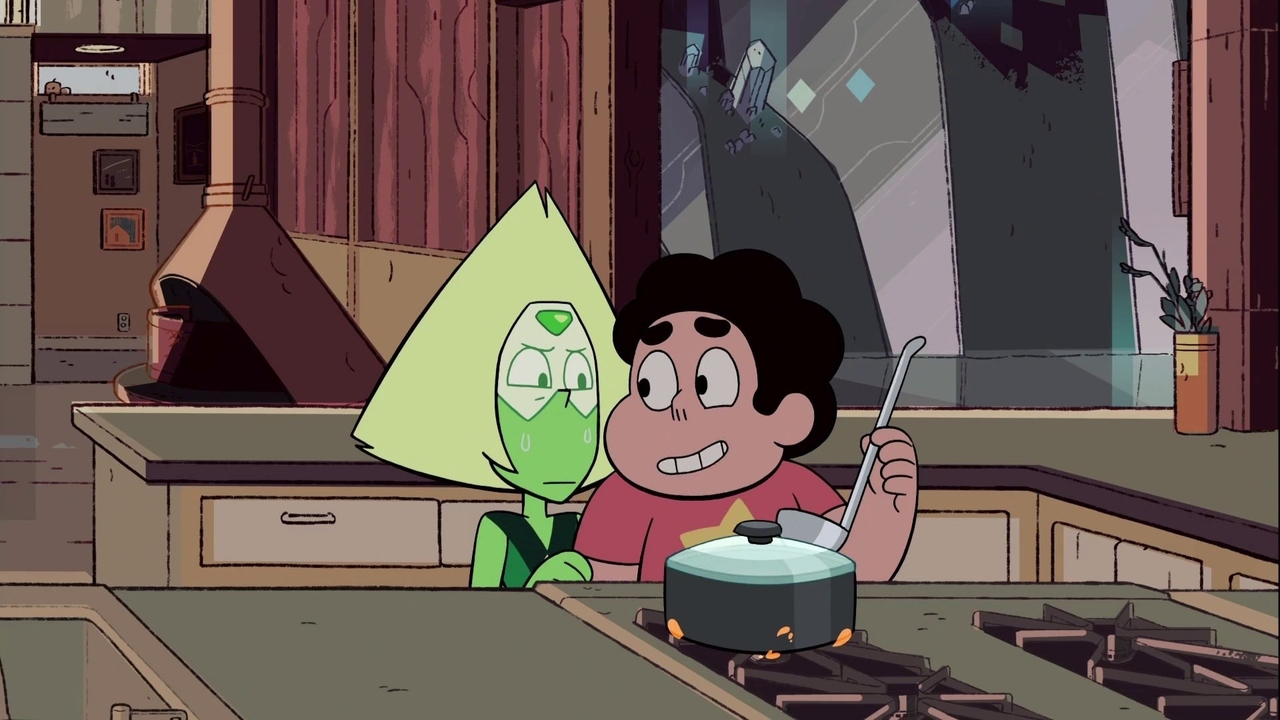 Anyone who loves the character of Connie will be delighted to know that she goes through powerful character development this season, and that Steven truly cares about her and continues to do his best to make her happy. There are a few occasions when her role in the story could have been weakened, and just as many occasions when she comes out stronger than before. With Onion even being tolerable, there is simply nothing that the writers do wrong in this season. Rebecca Sugar’s outstandingly positive series is still somehow an underrated gem when compared to Adventure Time‘s popularity and success, but it truly is one of the best shows on television and one of the most inspirational shows for young people to watch. It features positive representations of women and challenges to societal norms, and is genuinely wonderful in general. 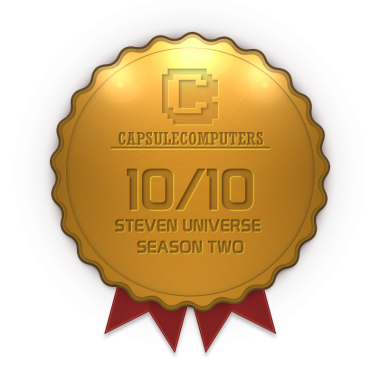 This release features 26 outstanding episodes that further develop Connie as a character, present a significantly more dynamic Peridot and contain a whole lot of fun and innocent humour.
10