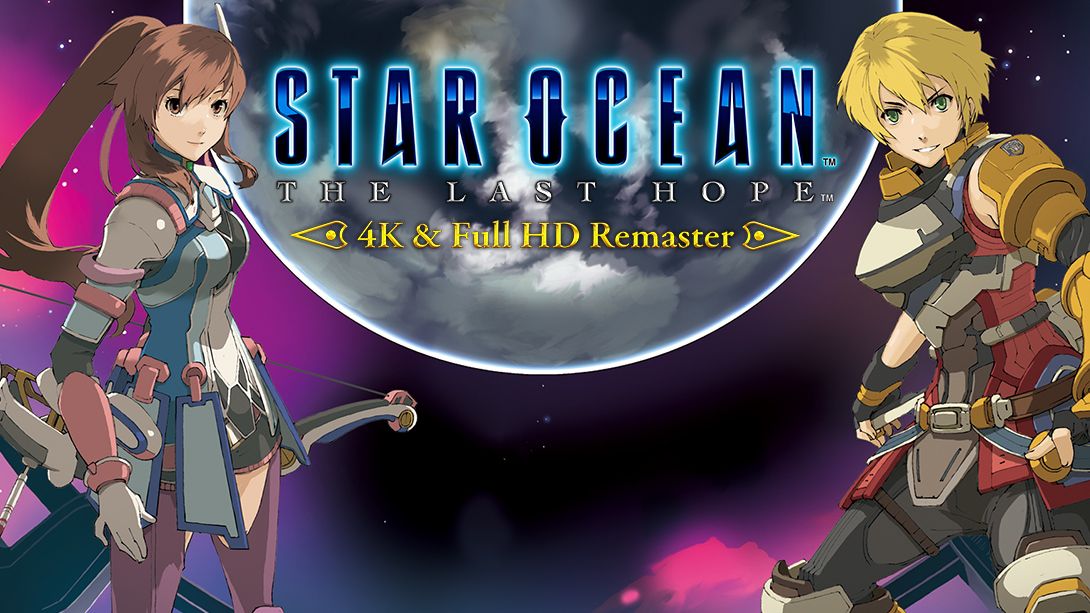 Star Ocean: The Last Hope is the latest game to be remastered in Square Enix’s campaign to update their greatest hits. The game features real time battles and an epic story about the last hope for humanity’s survival. The remastered version delivers visuals upgraded to full HD with 4K support and a revamped control scheme for both PlayStation 4 and Windows PC.

The story for Star Ocean: The Last Hope is enjoyable. The plot touches upon some interesting themes of technological progress and leadership. The Private Action system is an excellent method of character development, giving players extra opportunities to dive deeper into the story through positive interactions between Edge and his crew. The dialogue is generally quite good, though there are a few rough spots in the translations. The writers have done an great job with breaking up the serious tone of the game with some laugh out loud comic relief. 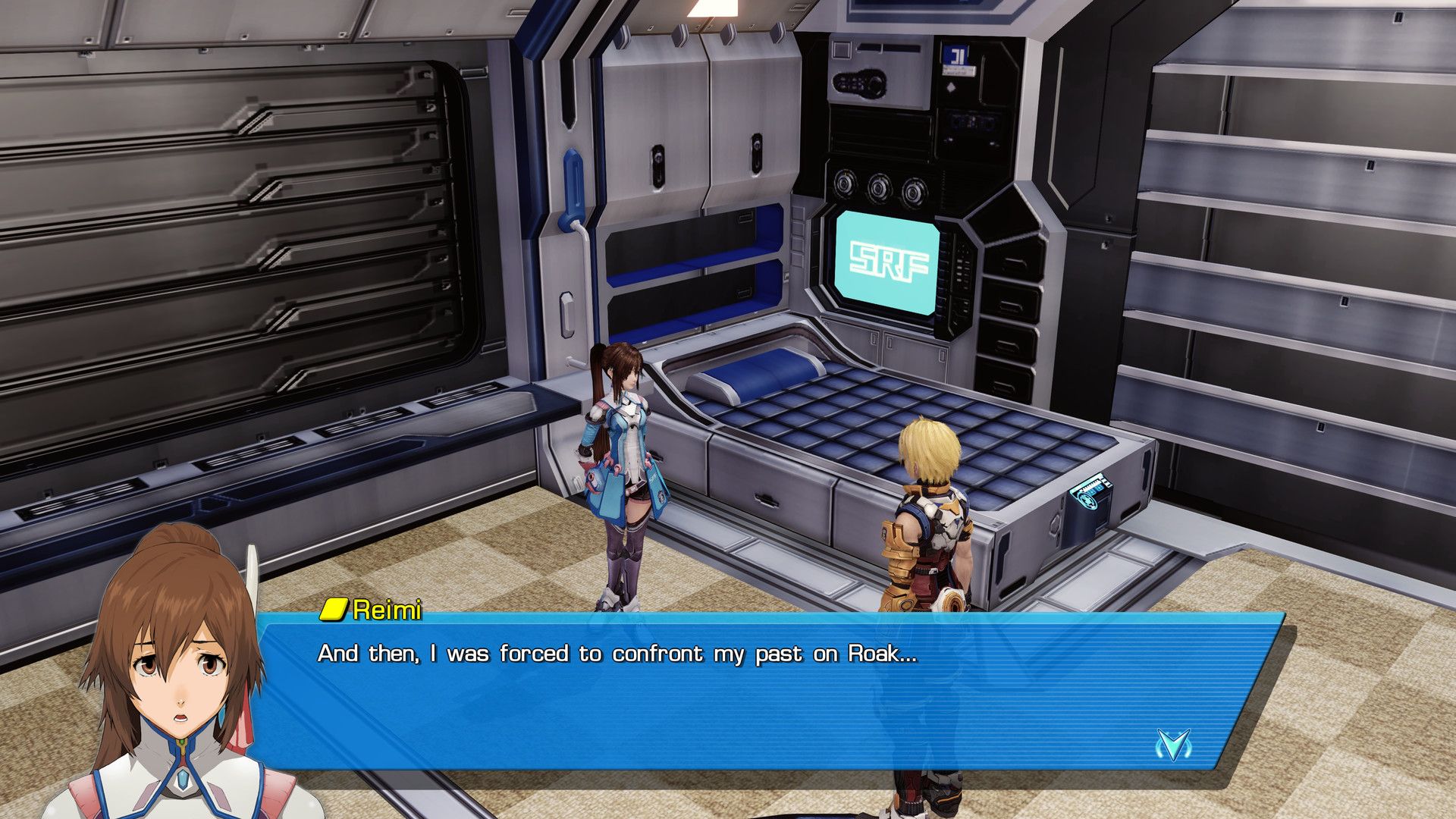 Star Ocean: The Last Hope is a classic JRPG with a real-time battle system. Players control one character at a time and can either manually handle all four characters on the battlefield or have the AI take care of them. The friendly AI is programmed well and can handle itself in a fight. There are several AI tactics to choose from to help fine tune the flow of battle. The names are playful, which means they aren’t the clearest things in the world. Player controlled characters have the usual trappings of a JRPG, with plenty of items and spells to fling around. The main difference is that basic attacks, dodging, and special attacks are handled in real time combat. Specific to Star Ocean: The Last Hope is the Rush gauge and the blindside attacks. Overall, I enjoy the combat system. It’s responsive and a lot more interactive than the old school turn based system. My only complaint is the blindside attack system, which takes too long to trigger. It’s just way more efficient to keep attacking or to just jump out of the way, unless a player needs to specifically drop aggro.

The overworld gameplay for Star Ocean: The Last Hope gives player a slightly more active role. Instead of the random monster battles, enemies wander around the map. When the player gets in the line of sight, the enemy will scurry over to engage. If either the player or the enemy touches the opponent’s back, they are given a better starting position in the upcoming battle through a pre-preemptive strike. To assist players, Edge can dash a short period of time, helping players avoid combat in low level areas or ambush a mob. I’m not a huge fan of the short dash system as I find myself spamming the dash button just to get around the map faster anyways. I think a stamina bar and longer dash times would have been a better choice. 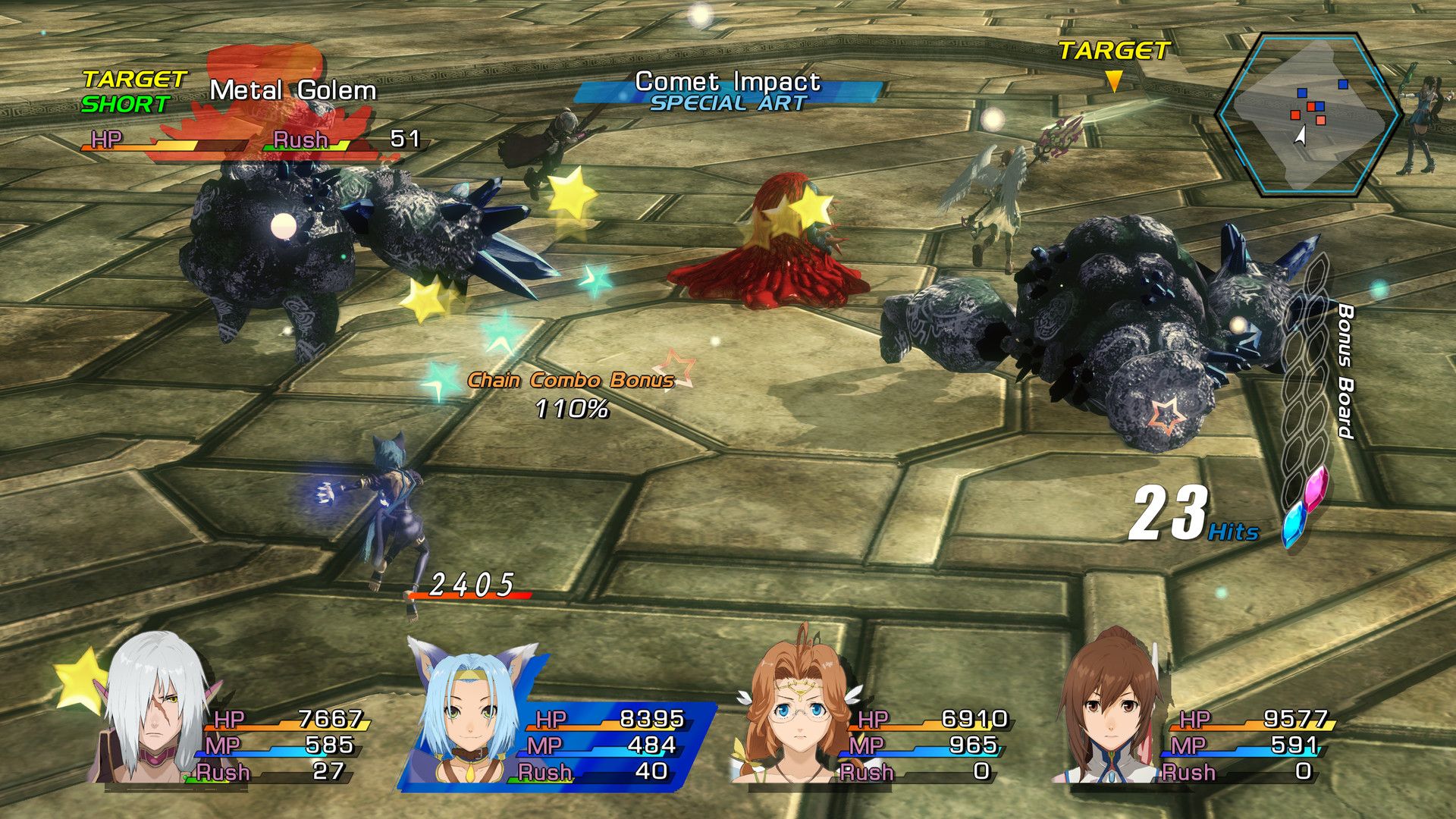 The crafting system in Star Ocean: The Last Hope is rather novel. Players group their characters into brainstorming groups to come up with new recipes. Each character has their own skill points in a variety of crafting disciplines, so players need to mix and match characters based on what type of items they are looking to craft. Brainstorming costs skill points that are also used to level up character skills, but the points are given quite generously from looting chests and harvesting nodes. Once the recipe is brainstormed, players simply need to buy or harvest the materials they need to craft.

The PC port for Star Ocean: The Last Hope is bad. While the controller works well, the mouse and keyboard experience fall short. Binding keys is an awkward endeavour. Some keys can’t be bound at all, while other functions cannot be rebound to new keys. There is also no option to modify mouse sensitivity. Support for basic functions like Alt-F4 or switching the UI automatically between keyboard and controller icons is absent. Quitting the game is really awkward. Players need to load a save first and then quit, instead of quitting from the main menu. Furthermore, if Window’s audio output settings are set higher than 48000Hz, then the game will automatically crash to desktop. Worst off, the game’s speed is tied to the FPS, but the game itself is FPS uncapped. Anyone with a monitor running higher than 60Hz will find the game running at warp speeds. Luckily the community has stepped up to make up for tri-Ace’s clear inexperience with developing for PC. Kaldaien has created a version of his SpecialK tool to at least cap the game at 60 frames and implement some quality of life features that are desperately missing on the PC. It’s a must use for anyone running this game on PC. 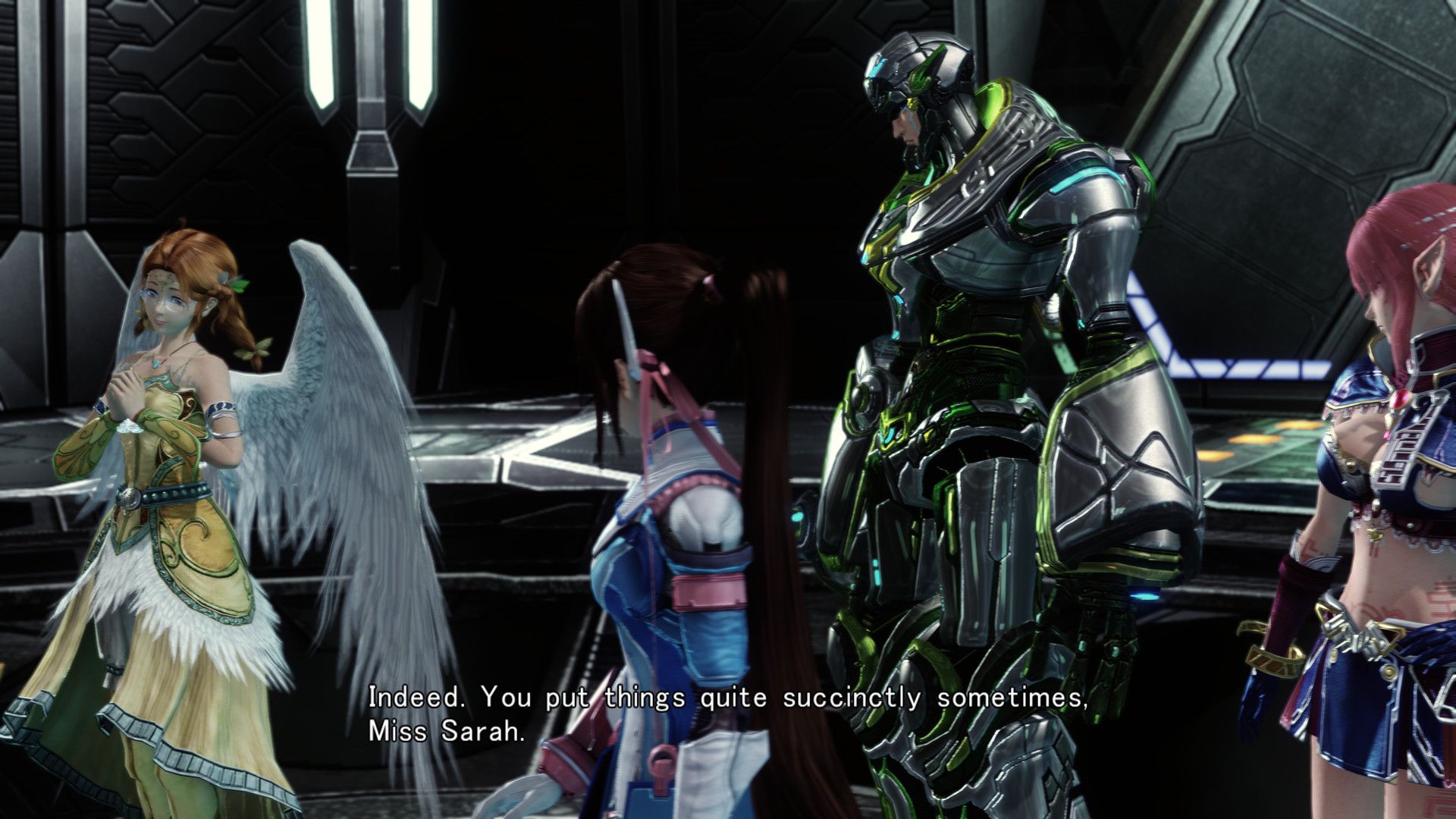 The art style of Star Ocean: The Last Hope is excellent. It merges traditional JRPG fantasy with science fiction beautifully. There are a lot of creative monsters in the game, alongside the more traditional fodder of werewolves and trolls. Like many JRPGs, the game even manages to throw in a little fan service from time to time. The HD remastering of the visuals are done well for the most part. The game looks sharp in full HD. The models and most of the textures are excellent. There are a few textures that full HD has not been kind to, most notably Edge’s arms, but they are generally quite rare. 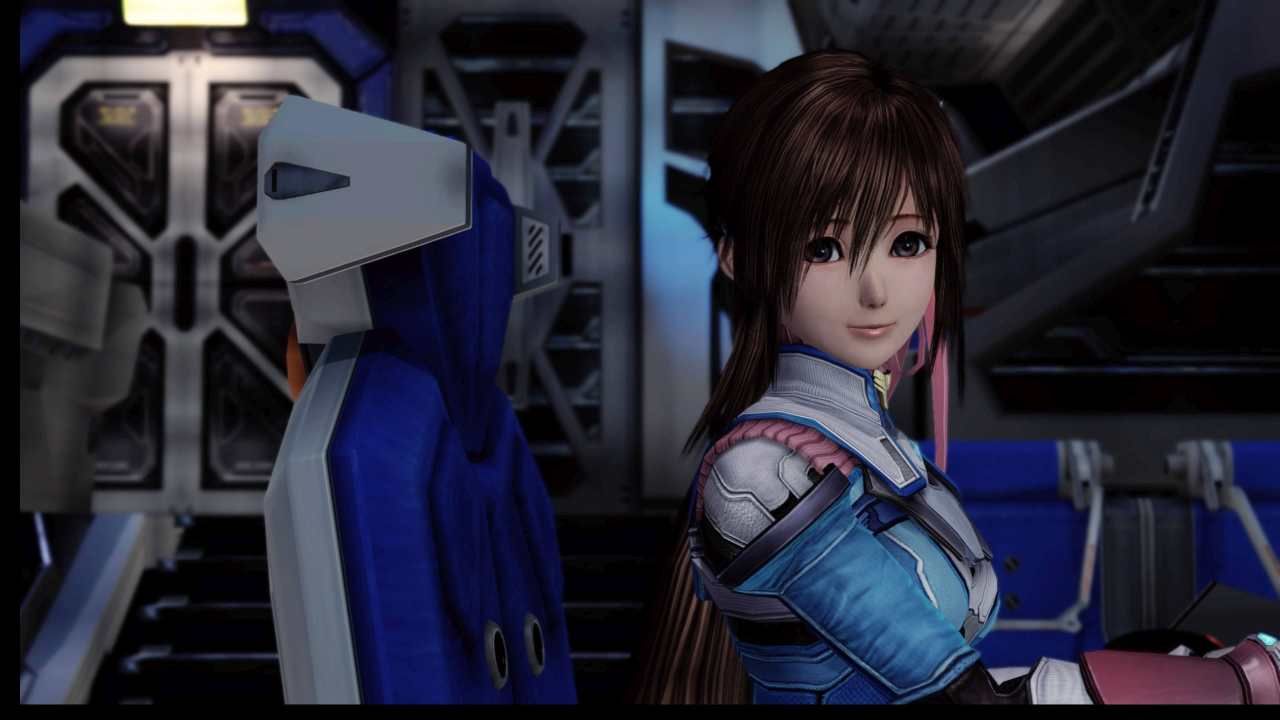 Star Ocean: The Last Hope delivers a solid audio experience as long as you switch the voice acting to the original Japanese actors. The English voice actors swing between cast in the wrong role to downright awful. It’s a good thing that the original Japanese voices are included with the game. Otherwise, the sound effects and soundtrack are excellent.

Star Ocean: The Last Hope is a solid JRPG. The story is fun mix of classic JRPG tropes and science fiction. The gameplay is enjoyable, with an entertaining combat system and a novel crafting system. Unfortunately, the game is really hobbled by the poor quality of the port. While it’s great that the community has stepped in to fill the gap, a lot of the problems are small details things that can snowball into big problems. The developers are clearly not familiar with the need of PC gamers.

Star Ocean: The Last Hope is a rough PC port of a solid JRPG
6.5