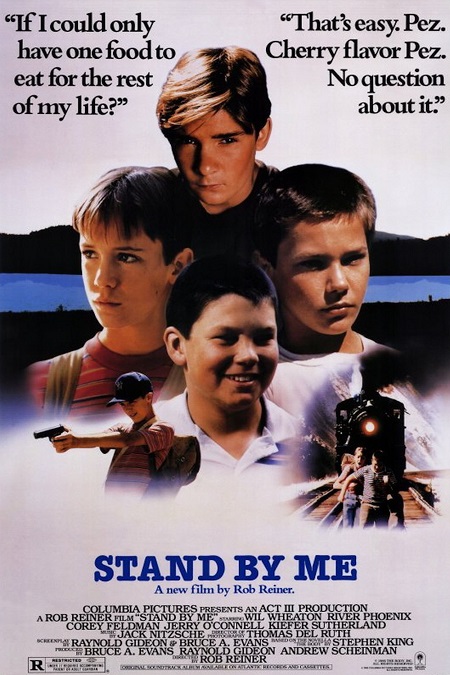 Stand by Me, directed by Rob Reiner, is considered a classic ‘coming-of-age’ film by many. Being somewhat of a Rob Reiner fan (I loved This is Spinal Tap and the Princess Bride), I had to go see this film. Alongside that, it also starred a (very) young Wil Wheaton so I had to go see it to maintain my film geek cred. I hiked on down to the George St cinemas for the In The House screening of this classic and to maybe see a dead body…

The MCs for the evening were Jason ‘Jabba’ Davis and Anthony Kierann who briskly warmed up the audience with a game of ‘Scissors, paper, rock’ played with the entire audience. They then settled down to discuss some of the film’s trivia. The tidbit I found most interesting was the fact that Stephen King, who wrote the short story which this film was based on, saw this film and was struck speechless for half an hour. He commented after the viewing that this film was the first faithful adaptation of one of his works. With that, I felt sufficiently hyped to finally see the film proper. 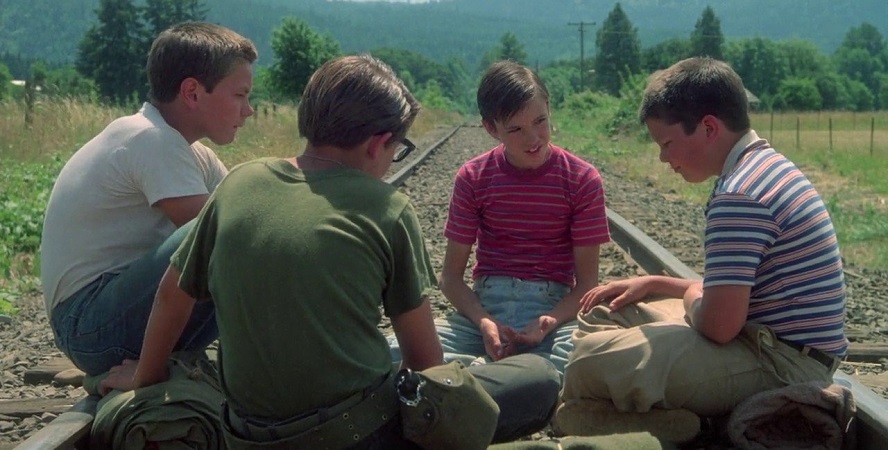 The film opens with the narrator writing a story about the first time he ever saw a dead body and we see the events unfold as he reminisces. We learn that our protagonist, Gordie Lachance (Wil Wheaton), is a young nerd with a talent for storytelling. We meet his friends, the delinquent Chris Chambers (River Phoenix), the unhinged Teddy Duchamp (Corey Feldman), and the slow Vern Tessio (Jerry O’Connell). Together they embark on a journey on foot to the dead body of another young boy. Along the way, they’ll explore the countryside of their small American town and grow closer as they learn about the less than idyllic lives that each of them lead. 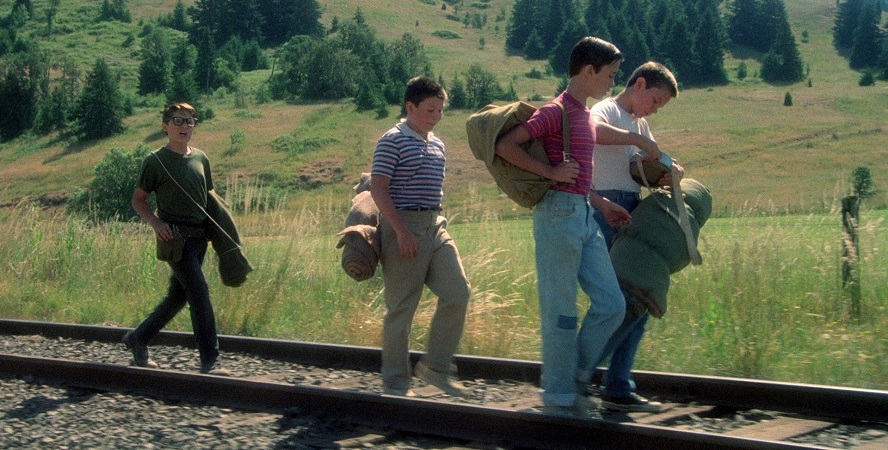 The film’s strength lies in its portrayal of the small intimate moments the characters share. The basic story revolves around four friends, including the narrator, going on a long walk to find a dead body. So it is not the grand adventure which draws is in to film but rather the smaller moments where the characters something deeper with each other. This movie makes or breaks itself on whether you are the kind of person who enjoys these quieter, more contemplative and intimate experiences. For this, the film had to gamble upon the acting ability of its child stars.

Luckily, this gamble pays off with pretty every actor putting forward a really strong performance. All the child actor’s especially create some very believable and, at times, heartfelt performances. The characters they portray might be happy and playful in the moments of the film but even the narrator admits that they’re going to have a hard time of it as they grow up. We see them confront the circumstances of their domestic lives and how they try to support each other as friends. We look at these quite mature themes through the naïve lens of the child characters so it’s not too confronting for a younger audience but parental units should be aware they may need to discuss some things with astute younglings after watching this movie… 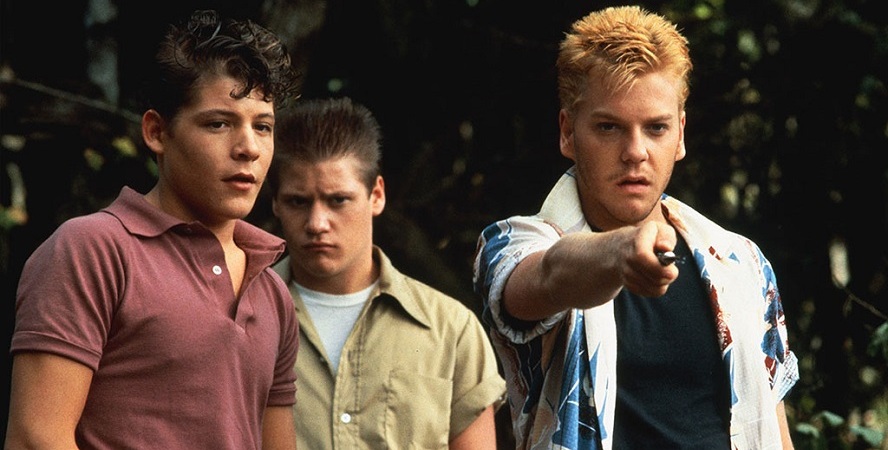 As foil to Gordie and the boys are the group of delinquent teenagers who embark on a similar quest to find a dead body. Keith Sutherland’s portrayal of the villainous Ace in particular is absolutely captivating. He plays Ace as disturbing psychopath but with elements that mirror the traits we see in the boys themselves. His villainy shows us the pitfalls of growing up and who the boys may become if they take the wrong path one too many times. This alongside the fact that, as my companion for the evening repeatedly pointed out to me, Sutherland was a total babe in his younger days makes Ace a dominating screen presence.

A concern I have regarding this film is the nostalgia that it attempts to attempts to draw upon becoming more and more out of date. When this film was first released in 1986, I imagine that a sizeable number of the film-going audience in the states would have been able to relate to the film’s depiction of 50s era Americana. I did not grow up with this kind of experience in my own experiences of childhood and I imagine this holds true for a sizeable number of you dear readers as well, but the film was nonetheless successful in hitting me with secondary nostalgia. It may take the shine off of the film’s cult status somewhat but its themes are universal enough to be enjoyed by pretty much anyone. 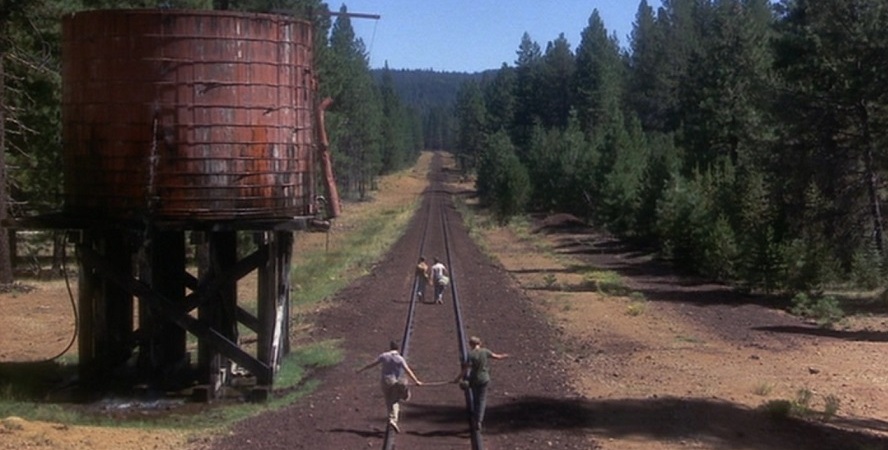 The cinematography is beautifully shot with an eye to showcasing a love for rural Americana. There is a lot of visual eye candy for cinephiles with plenty of breathtaking landscapes to consume with wide establishing shots. We get a real sense of natural beauty throughout the film as there are few shots which are framed indoors with most of the action taking place in forest environments. There isn’t much more beyond that which is too interesting visually in either a bad or a good way.

The film features a number of pop songs from the 50s and 60s to help reinforce the nostalgia. The songs featured range from Buddy Holly (quintessential 50s icon) and to Ben E King (early 60s Soul). They’re generally all upbeat and match the tone of brevity which the film aims for. It’s a pretty awesome soundtrack plenty of nice oldies examples. Although these songs certainly are period accurate, I imagine they will remind younger audiences more of the Fallout series rather than any direct memory of the 50s. 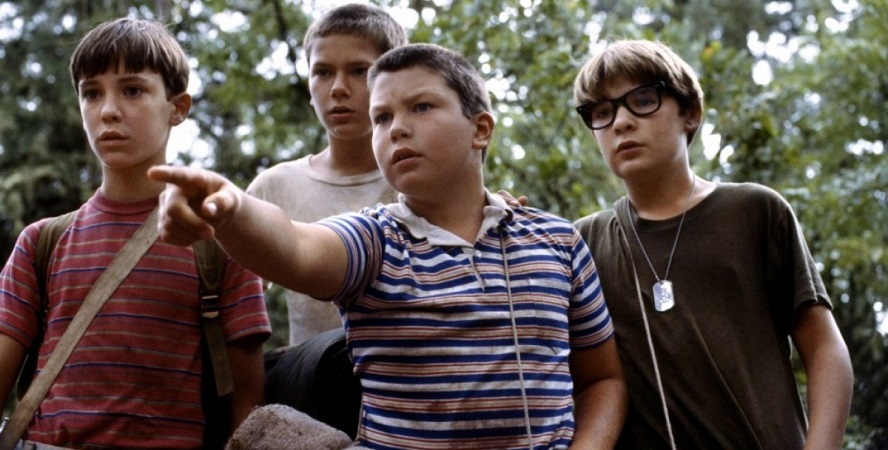 Overall, I very much enjoyed Stand by me. It’s a story which features lots of quiet and tender moments between likeable and complex characters. Its visual direction is superb with cinematography that conveys a clear love of rural America. The film’s soundtrack works to reinforce the nostalgic vein that this film taps into with plenty of oldies pop songs. This film invoked a feeling of ennui which I supremely enjoyed but I don’t believe I will be able to experience on repeat viewings. I recommend it as a must-see for everyone at least once.

Stand by Me is a great film which features moments of quiet intimacy which are guaranteed to move you.
8.5