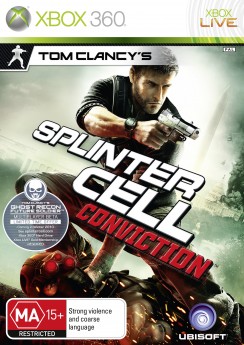 Sam Fisher is back !! A lot has happened to Mr Fisher since we last saw him, he’s not his normal self anymore.  Everyone that he has trusted in his life has now betrayed him.  He’s lost his daughter, the only thing that keeps him going is the thirst for revenge.  Which in a way is pretty sad, but it’s perfect for what UBISOFT have in store for us in Splinter Cell Conviction.

This is by far the most brutal Splinter Cell of them all.  Splinter Cell Conviction has you following leads and collecting answers.  Sam Fisher no longer has the support of Third Echelon, which means no more trademark cool gadgets to use, but don’t worry, what Sam lacks in gadgets he makes up in pure brutality.  Throats are choked, heads are smashed through anything including urinals and wash basins, hands are used as pin cushions, but replace the pins with knives.  Pretty much anyone that comes in contact with Sam won’t live to tell their tale to their grandkids. 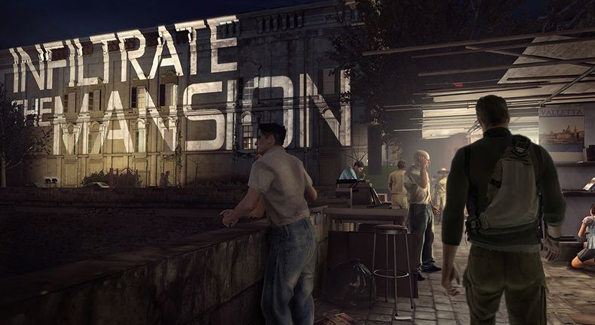 One of the great new features never seen before in any game is the flashback sequences.  These are Sam’s thoughts, projected as flickering films over all sorts of surroundings and environments.  The flashbacks transport Sam back into his darkest days and remembered events of his past but also instruct him of the new mechanics that will need to be performed moving forward.  Everything else around him turns black and white as Sam is hidden from enemy site, I personally thought this was a great little touch to the game.   Another feature is the interactive memory, this is where Sam flashes back to a time to places like his house or when he was in the Gulf War.  Initially the house invasion has you learning the new combat aspects of the game, including melee takedowns and Sam’s automatic execution moves : “Mark and Execute” your enemies and then with the press of a button unleash pure mayhem as they are executed one by one in a slow motion  extravaganza that you’d only see in video games… wait a minute this is a video game. 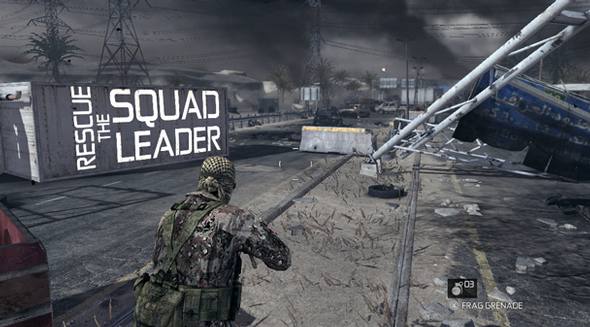 Splinter Cell conviction is no longer a slow paced stealth game, like the previous Splinter Cells.  UBISOFT have managed to find a perfect blend between an action packed 3rd person shooter and a stealth game.  Players are encouraged to move in and out of darkness all the time, taking full advantage of Sam’s lethal abilities.  Enemies are fairly smart, they throw grenades, have itchy trigger fingers, but do tend to talk a lot.  They scream out and taunt Sam possibly to throw you off your gameplay and freak you out causing you to panic.  This is a nice little touch to the game.  Even though the enemies tend to be more talk and no action as most of them think they know where you’ve gone but can’t end up finding you.  This is where you’re going to have to keep a steady head and outflank, outwit and certainly outgun with a twist of spine snapping thrown in for good measure.

Touching on the topic of interrogation and choke holds, Sam doesn’t hold back when it comes to smashing a head through a mirror or basin.  A basic environment will end up becoming the enemies worst nightmare as Sam will have the enemy begging for mercy in a matter of moments.  You can drag and pull your enemies around and with the press of the B button will have them smashing through something hard.  Remember Sam is a little on angry side so in the end he’ll end up doing more than what you’ve bargained for.  If you enjoy watching artificial intelligence being put through a lot of pain then you’ve come to the right place.  The interrogation sequences do break up the game-play a little which is always good, combine that with the flashbacks moments like when Sam is back in the Gulf War  and you have a fine mix of action, stealth and brutality, what else would you ever want in a game.

Along with the Single player campaign, UBISOFT have also introduced a second campaign which is focused on multiplayer, where you take control of two characters, Kestrel & Archer.  This campaign is a co-op only experience and is full of action and heart pounding moments.  Kind of reminds me of Resident Evil where your running or scrambling for breath at every moment.  The greatest thing is planning and taking down enemies with the mark and execute technique.  I have to say this co-op campaign is more hectic than spec-ops mode in Modern Warfare 2.   Great fun if you’re playing with someone you can trust and communicate clearly with.  As there is little or no margin for errors.   There is less story elements but more action in this campaign but that fine you get to taste a bit of both worlds which is always good. 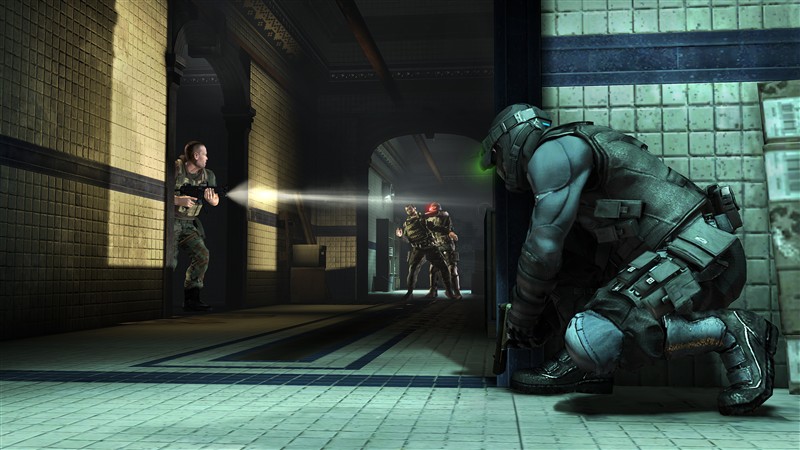 Splinter Cell Convictions single-player campaign can be completed in roughly eight or so hours.  It’s a little too short and once you get the hang of Sam’s moves under your belt even running through on the hardest difficulty will not be much of a challenge.  The story is  finely put together and has Sam always right the middle of it all.  It’s a great move away from the previous Splinter Cells and does place the series back on track for any future instalments.   Fans of the Splinter Cell series will definitely not be disappointed as it provides the much needed closure.