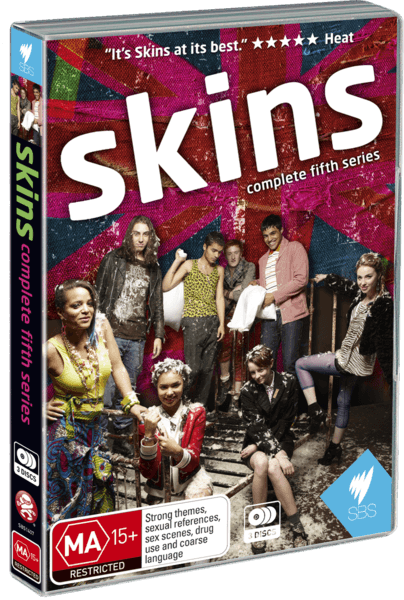 Overview:
In it’s fifth season, Skins has been to the brink and back again countless times with it’s teenage dreamers. And with the series moving into it’s fifth series it also brings in it’s third generation of angst-riddled teens. It is evident that after five seasons that Skins the series still has some fuel left in it’s tank, but it’s even more apparent that it’s stuck spinning it’s wheels.

With repeated story-lines that aren’t any more interesting than they were the first time around and characters who just don’t mesh as well as the show likes to think they do, it’s simply confusing as to why a series with so much to work with, is plagued with such problems.

Is Skins Series 5 just another melodramatic teen series, or does it redeem itself from all the angst and stagnation? 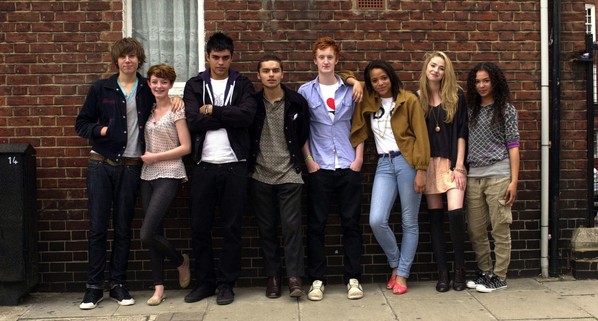 Story:
Much like previous seasons of Skins, this one follows a bunch of teens all of different social cliques and as they all reveal different layers of what is a drug-infused, alcohol-soaked sexual exploration of the teenage psyche.

As you’d expect from Skins by now, each episode focuses on one member of the cast, with most episodes revolving around common teenage drama plots such as ‘bullying’, ‘drugs’, ‘losing virginity’ and ‘family problems’. The series covers them all. Yet somehow there is something crucial that is missing from the core of this series, compared to it’s previous four.

The first generation of Skins, focused on a bunch of kids each with connections to one another and were all ultimately a close knit bunch. The second generation was much the same but generally split the cast into two and at times pitted them against one another. Unfortunately the third generation ultimately fails in creating believable connections between the cast, with their relationships seemingly formed from thin air and not feeling at all natural.

The characters are unfortunately thrown together, without any necessary reason for them really being together. They are all too different with no real immediate reason for them to even be friends. It is disappointing when compared to previous casts on this show that felt like they were born to be with one another, until the point when they must go their separate ways at least.

Plot wise, this series is far more realistic than the generations that preceded it, but in many ways that causes it to be a little more boring than those generations as well. It loses a lot of the surreal stories featured in the previous seasons and goes almost exclusively for the straight up realistic side of things, which admittedly is an interesting approach to Skins, but certainly not the right one.

The defining point of the fifth series is that it’s characters are all entirely unique, without featuring any that appear to be near carbon copies of the previous cast (a problem that plagued the second cast).  This uniqueness that these characters embody gives the series that much needed boost, considering it’s poor plotting and monotonous adventures it’s cast get up to.

As a whole Skins Series 5 definitely needed some more polish story-wise, but had enough interesting characters to hold the scatter shot plot together in the end. 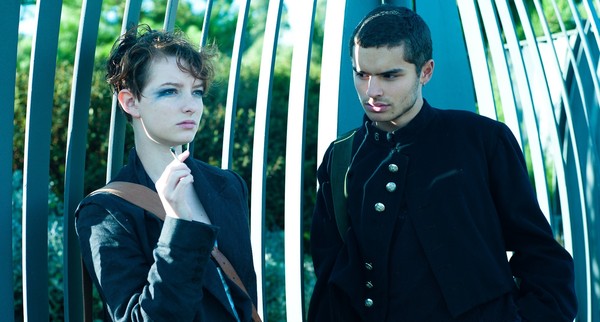 Visuals and Audio:
Aesthetically Skins has never looked so good, with an up-scaled production budget and stunning film work, the fifth series manages to capture the teenage wonderland of England in a big way. With stand out episodes such as ‘Alo’ and ‘Everyone’ conveying the vast beauty of the landscape of England.

As you’d expect the cast are all comprised of ‘pretty people’, so there is certainly enough eye candy for both male and female viewers who like to watch some attractive people pretend they are not.

The audio is perhaps the series shining point, with an impressive soundtrack filled with indie tunes and popular tracks that will please the eardrums of any fan of good music, the series makes great use of it’s library of tracks in comprising what is without a doubt a brilliant musical backdrop for the goings on of the world of Skins. 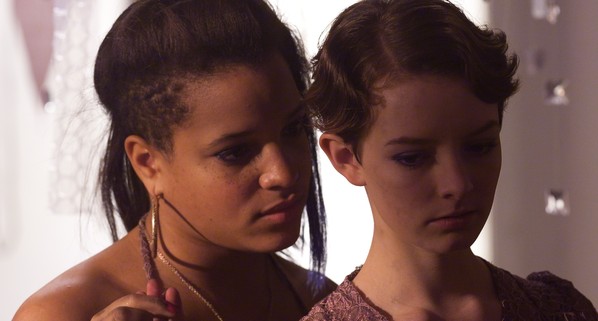 Extras:
For those of you who consider yourselves special feature junkies, Skins Series 5 shouldn’t disappoint you, with its elaborate behind the scenes featurette. Included in the featurette is interviews with cast an crew. Madman have done a brilliant job here in terms of special features and honestly there is not much else you could ask for the paying price. 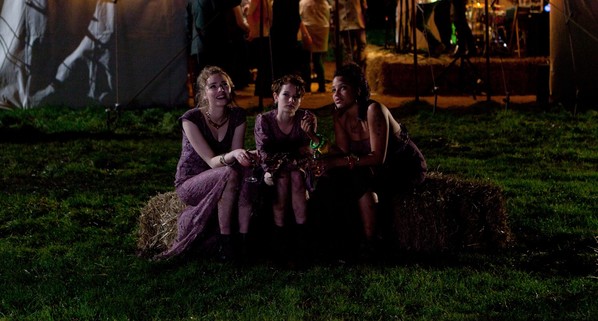 Overall:
All in all, Skins Series 5 is inconsistent and lacks the clearly defined direction of it’s predecessors. It does feature an interesting cast of characters but more than a little suspense of disbelief is required to ever believe that these characters would ever be friends. They simply just bunch together, with no catalyst pulling them to one another.

Unfortunately, this series does not feature the enthralling surreal story-lines that go beyond realism and into making the teen drama an art form – a facet of the show that was sorely missed in this iteration.

If you are looking for a fun teen comedy, then Skin Series 5 will provide you with a few hours of enjoyment, just don’t expect it to be anything more than merely enjoyable or you will leave the series very disappointed.