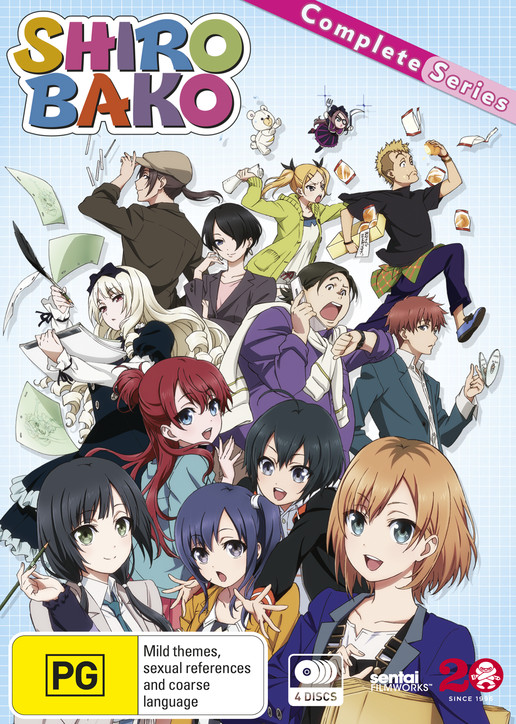 Aoi Miyamori is a production assistant at Musashino Animation. After several years without a major project, Musashino is producing a 13-episode original anime series called Exodus, directed by the infamous Seiichi Kinoshita. Although Aoi initially only has to manage episodes 4 and 9, she soon learns that anime production almost never goes according to plan and that labour shortages are a serious problem in the industry. Meanwhile, her four friends from her high school’s animation club are either working hard in the anime industry or trying to get into it. 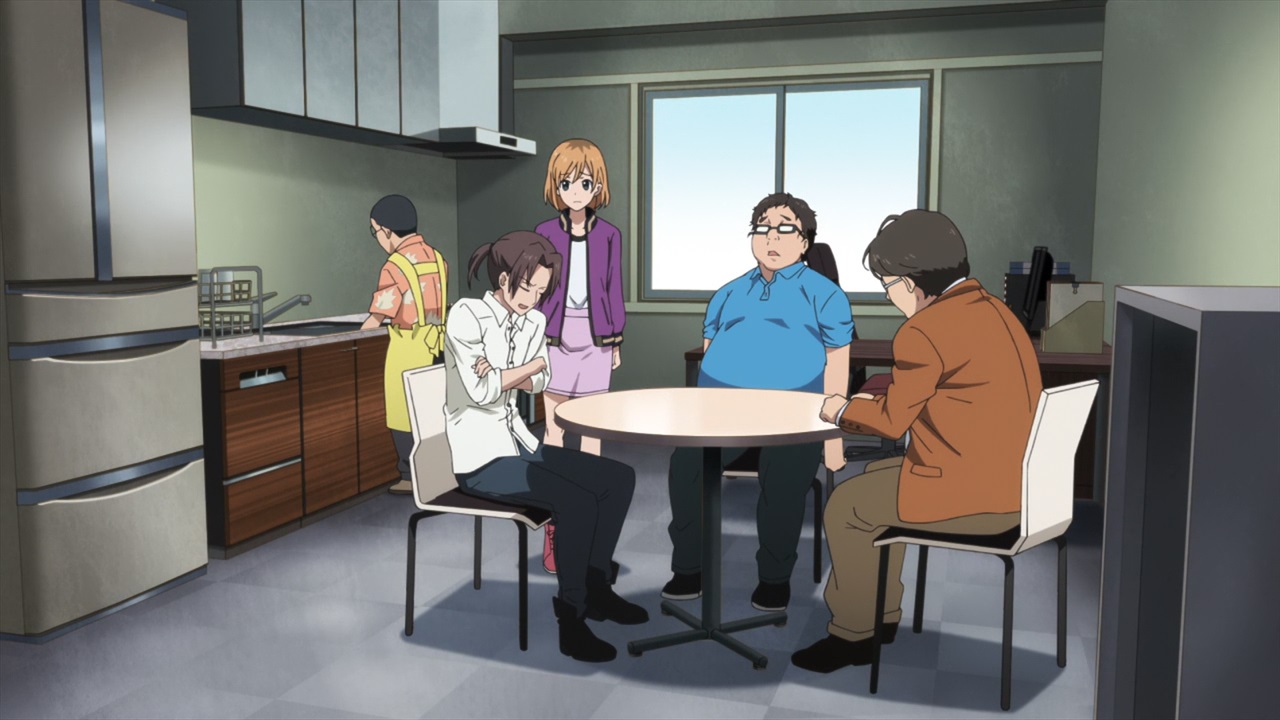 Shirobako features just the right combination of educational content and moe. Cute girls doing cute things is basically its own genre at this point, and an extremely stale genre at that, but the use of moe works well here because of the brilliant but simple premise of the series. This is not a high school anime about girls doing nothing. This is a rare, perhaps unique, anime that has a professional workplace as its setting. It portrays women at the beginning of their professional careers as they learn how to manage their responsibilities, and the issue of how women are viewed in the Japanese workplace is cleverly discussed. The situations and people Aoi has to deal with are occasionally stylised in order to be entertaining, but not to the point of being unbelievable. There are many invaluable insights into anime production to be found here, and there is almost certainly no other anime series this brutally realistic yet optimistic about the anime industry. An episode discussing traditional animation is one of the most fascinating episodes in the entire series, and it is enhanced immensely by the inclusion of a flashback to the production of a fictional anime series from decades ago. Clips of the series that Musashino works on are occasionally presented, so there are many times when it feels like this could be a behind-the-scenes documentary that happens to be animated. 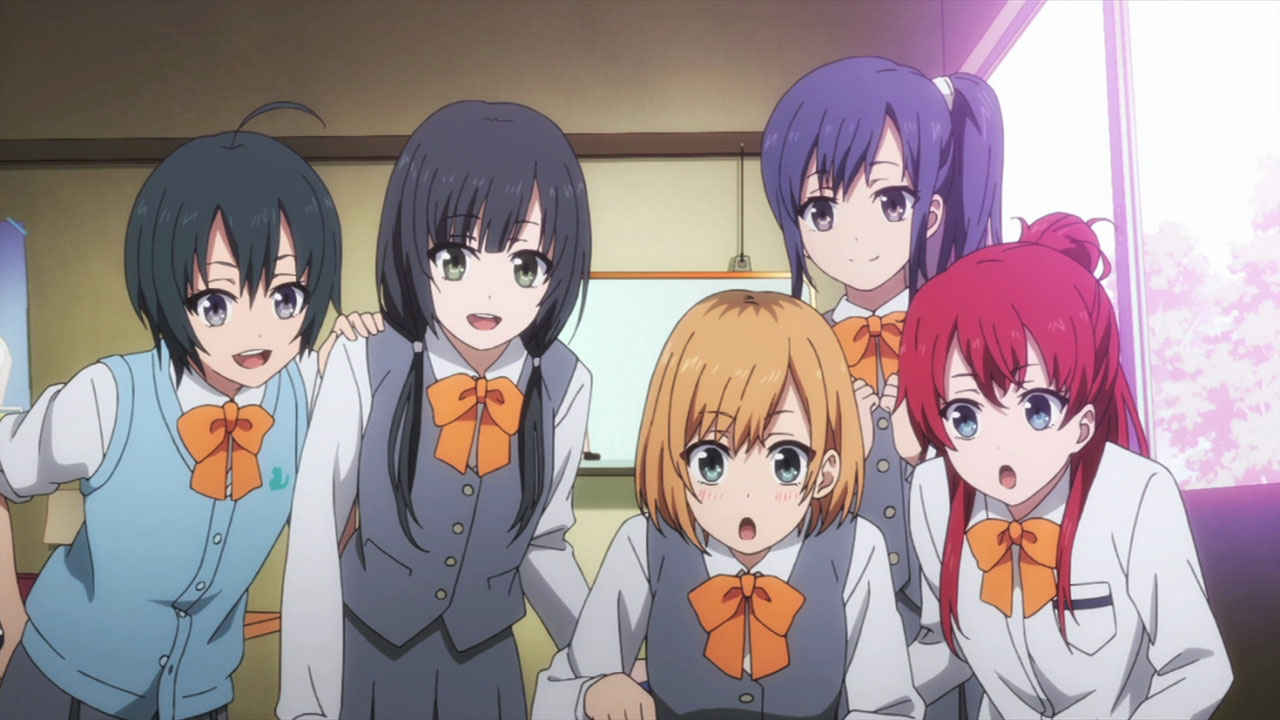 All of the main characters have their own distinctive personalities and reasons for wanting to get into the anime industry. The five students of the animation club show a sense of wonder at seeing their own animation come to life that is almost infectious in a way, and the general impression of the members of the production team at Musashino Animation is that they chose to work in the anime industry because they genuinely like anime. The minor characters introduced in the second half are not given many opportunities to grow, but all of the core characters introduced at the beginning are shown to become more mature and start thinking about their futures. It is rather rare, but refreshing, for an anime series to have characters looking towards the future like this. There are some characters who are annoying, but nearly all of those ones either get their comeuppance or go through realistic character development. The only notable exception is one artist in the second season who is almost entirely incomprehensible. The best way to describe her would be to call her a personification of anxiety. She sounds like a two-year-old and could almost be mistaken for an overgrown child if not for her artistic skills, but she is the only one whose presence in a professional workplace is truly perplexing. Making emotional attachments to these characters is very easy, and their development helps the emotional scenes hit their mark every single time. The emotional content increases in the second half, especially in scenes featuring the heartbreakingly unlucky Shizuka Sakaki. 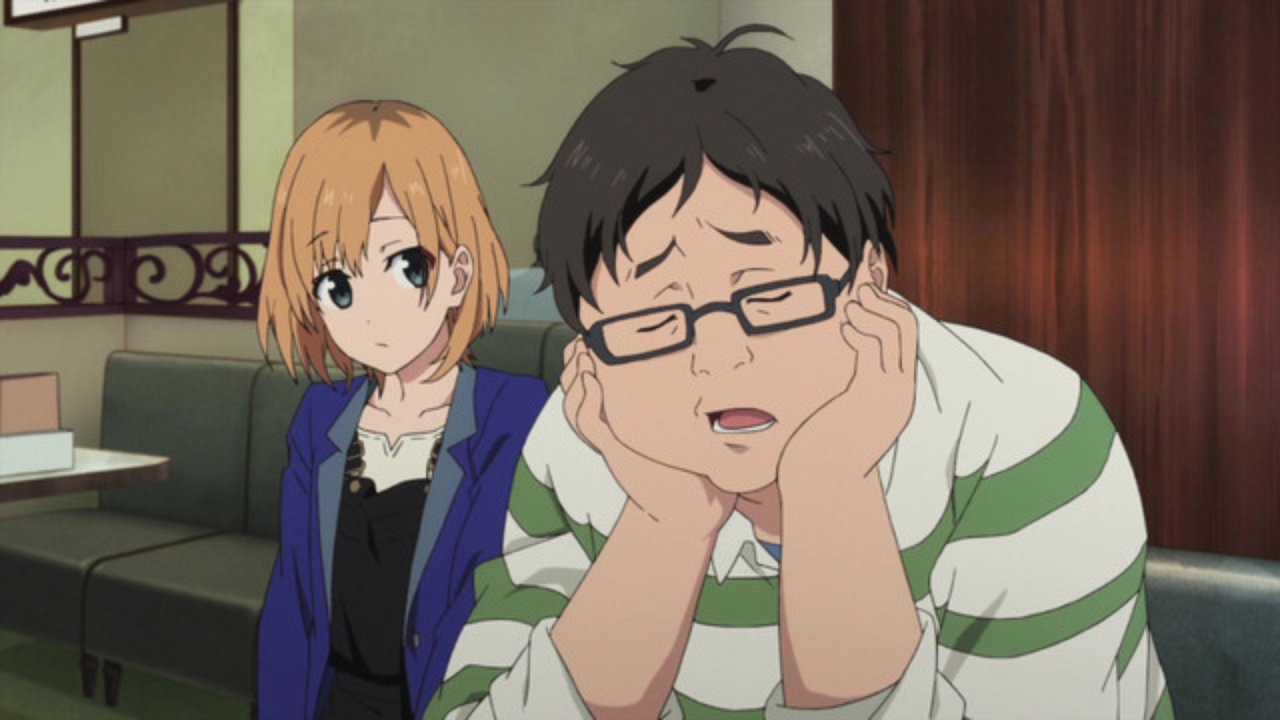 The animation, while sometimes simple, does its job well. The inclusion of key frame artwork and animatics from the fictional shows help to depict the progress of Musashino’s productions. The choice to end episode 12, the final episode of the first season, with a series of still frames seems a little odd, given that no one at Musashino would consider ending Exodus with a relatively long series of still frames. Hopefully this is a creative decision and not an ironic problem caused by a hectic production schedule in real life. The character designs all stand out, and it is refreshing to see characters of all different shapes and sizes depicted. It seems unusual for characters with large bodies to be drawn in anime, but this does make for some surprisingly funny gags and even allows for some action scenes to be present throughout the series.

The music seems to enhance the situations more than the characters, but there are some wonderful pieces. The background music for The Third Girls Aerial Squad, which is shown in short clips throughout the second season, has a nice orchestral feel to it. This feel is present during montage sequences as well, and it adds to the variety of the music. As always, Shirou Hamaguchi demonstrates his ability to compose music for a variety of situations. The opening theme songs are decent, but not particularly memorable. The first ending song, “Animetic Love Letter”, is both catchy and memorable, on the other hand. The second ending song, “Platinum Jet”, is a bit more typical for anime songs, but it is not bad. All songs are subtitled into English for this release. The subtitles for the show itself are usually fine, but there are many instances of missing commas, causing two statements that ought to be separated to become one long sentence. The on-screen translations are helpful at explaining in-show references to real people and fictional works that may not be obvious to all viewers. 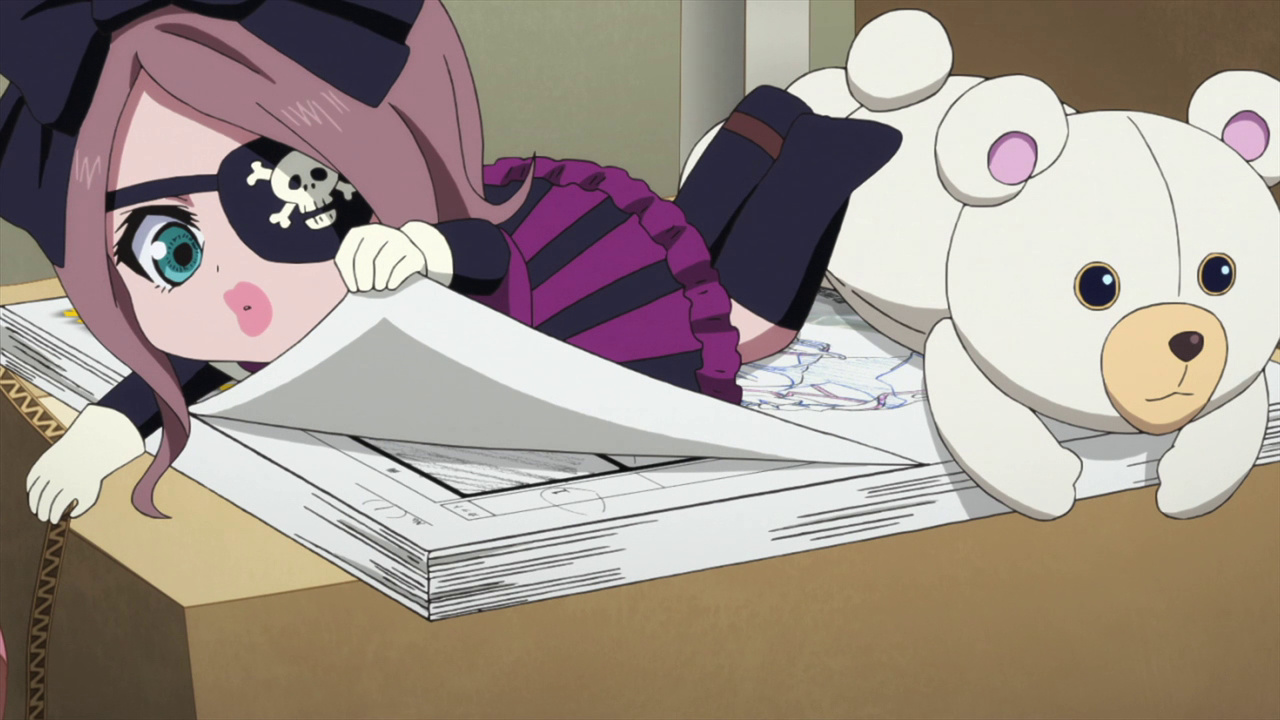 The textless opening and ending animations are included, but this release does not come with the two OVA episodes included with the Japanese home video releases. Although the main foci of the series are the core characters and Musashino Animation’s production of Exodus and The Third Girls Aerial Squad, it would have been nice for the full first episode of both of these fictional series to have been included with the official English home video releases.

There tends to be at least one unique and genuinely interesting anime show every season, if not more, and they often tend to be original productions instead of adaptations of existing work. Shirobako is one such series. Real-life troubles and pressures associated with anime production are presented in an engaging way. This show provides a rare opportunity to gain an in-depth insight into the production ‘hell’ that is sometimes talked about in relation to anime. It is one of those high-quality shows that truly deserves to be remembered. It is easy to identify with at least one of its characters, and even just seeing them grow and become more confident as professionals makes it worth watching this series. 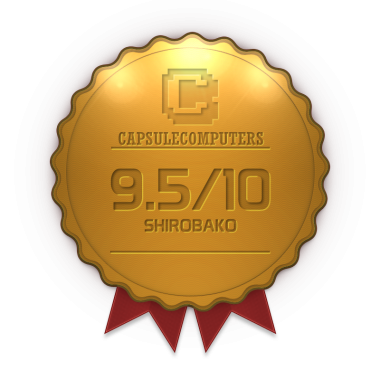 An insightful if optimistic look into the reality of anime production that can even be emotional at times.
9.5