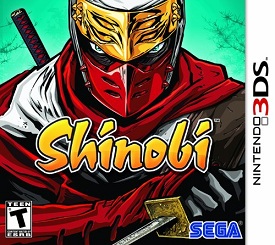 Overview:
It seems the most popular thing to do at the moment in the video game industry is to reboot an old franchise or revive it from the dead with some sort of sequel. While Sega usually focuses on everyone’s favorite blue hedgehog for revivals, they have chosen to revive a favorite that hasn’t seen much love from the company in a while.

The series I speak of is Shinobi. Shinboi was originally created back in 1987 as a stand-up arcade cabinet that you could find in arcades around the world. This fan favorite title is back now on the Nintendo 3DS and Sega has entrusted their series to developer Griptonite Games. Will this revival of the title bring the Shinobi title back into the limelight?

Story:
Those with long memories, or at least those who have played one of the ports of the original Shinobi should remember that the hero of that story was named Joe Musashi. Joe won’t be returning for this Shinobi however as players will be taking over the role of his father, Jiro Musashi who is also a katana wielding member of the shinobi and in fact the leader of the Oboro clan. 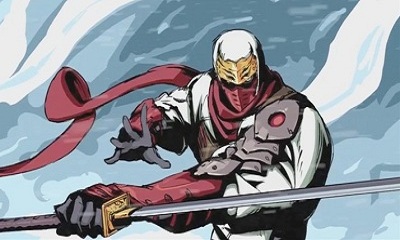 The story begins in the Feudal Japan and Jiro’s village immediately has fallen under attack by an enemy clan. Now while the story begins in 1256, it won’t stay there very long. In fact the story takes a rather strange jump through a vortex in time that takes Jiro into the year 2056 where he must face off against the same people who burned down his village 800 years ago, as they have since amassed a massive army full of futuristic soldiers and genetically enhanced creatures to stand in your way of revenge.

As a whole the story of Shinobi is decently told and players should have no actual issue following what is going on, though they may be a bit perplexed as to why a future jump had to occur in the first place. The eventual combination of ninja versus futuristic armies is an odd one at best but it at least provides a complete change in scenery once the jump through time has occurred.

Visuals:
The Shinobi that most gamers may be used to is obviously quite old and it is great to see the series take the jump into more modern graphics. Rather than feature any pixelated characters the characters spring to life with modern techniques and high quality texture. While most of the enemies you face off against will begin to look quite bland as you see the same type of enemy way too often for enjoyment, they are at least well detailed and animated well. The levels themselves are quite detailed and the amount of special effects when the player activates their ninja magic abilities is also a nice treat for the eyes. 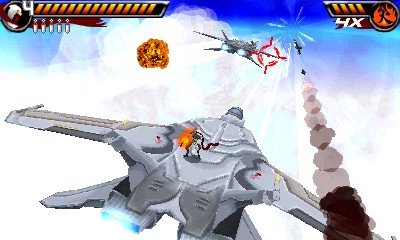 Being that Shinobi is a title on the Nintendo 3DS, the 3D enhancement to the series has been performed quite well. The 3D provides plenty of depth to the levels which usually are played on a 2D plane. The 3D really shines however whenever the game decides to switch into a more 3D plane. This means as you go through the level or ride through on your horse there will be plenty of pieces of the environment popping out at you with surprising accuracy. Still, there were times I found it more enjoyable to play with the 3D off as it either grew to be annoying or simply made the game more difficult.

Besides the 3D and gameplay graphics themselves, the short but sweet cutscenes deserve an honorable mention as well. The cut scenes feature animated artwork and pop up at various parts in the title. The artwork for these cut scenes is gorgeous and look like something you would see in an animated feature. It is a shame however that the cut scenes do not support 3D at all and will automatically shut off the 3D function whenever one begins.

Audio:
When the story is presented in cutscenes, whatever dialogue is present is fully voiced but sounds unfortunately generic that does little to enhance the experience and in the end is easily forgettable. The background music on the other hand does a great job setting the tone well by providing a very oriental sounding theme that fits the Japanese environment nicely. Unfortunately sound effects are rather bland and completely lifeless, which means that it is great that the soundtrack is at least nice as it usually overrides the lackluster sound of the rest of the title. 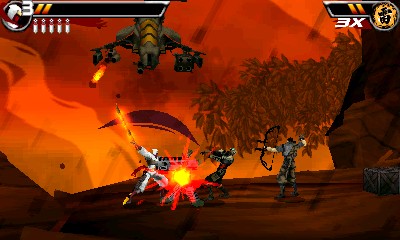 Gameplay:
Shinobi was originally a title which would certainly test the skills of the player and this Shinobi is no different. Players are presented a difficulty level to choose from when they choose to start their game up, ranging from either Beginner to Very Hard and let me just say that even those playing on Beginner will find the task to be quite challenging despite being provided with unlimited lives. Those who play on the Very Hard difficulty, I tip my hat to you as higher difficulties provide fewer and fewer lives and harsher punishments for running out of them.

Players are equipped with a katana sword, kunai (throwing knives), a chain to help get around easier that can also be used as a weapon occasionally and four different elemental based magic attacks which not only kill nearby enemies but also provide various buffs for Jiro, but the use of Magic must be earned through successfully killing enemies, or dying. Plus, while using magic may help you make it through a difficult section of the game it will also punish you by providing a lower score once you finish the stage you are playing on.

Oh and did I mention that you are being scored? In fact players are scored on nearly every single thing they do. Most enemies will die to one strike with your sword or thrown kunai, but players are encouraged to chain together attacks to earn more points. You see, players earn points for hitting enemies, even multiple times. They also earn points for parrying knives and other attacks, breaking objects and collecting items dropped from said objects or littered around the world as well. 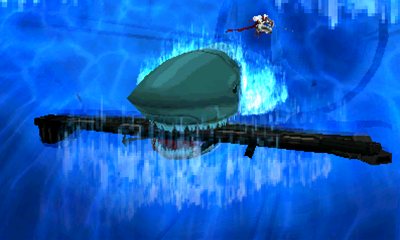 The player can lose points however by either taking too long to finish a stage, or are even actually damaged in any form. This means if you are hurt from being hit by an enemy, an environmental hazard or anything of the like, points will be deducted. Dying on the other hand will completely set your score to absolute zero, which means trying to be the perfect ninja is the best way to finish with a high score. In fact, while players can earn point multipliers for chaining together successful attacks and accomplishments in the game, the multiplier is automatically reset to zero the instant any damage occurs.

Oh and damage will occur, there are plenty of moments in Shinobi where surviving takes not only skill but proper timing as well. Even with an adequate amount of skill with the title experienced players may not survive areas simply because their timing was slightly off and will instead die to either a trap of some sort or falling into a bottomless pit. This makes runs through the game on anything but Beginner difficulty a serious challenge and often one that will leave most players frustrated and annoyed at cheap deaths and level design.

To Shinobi’s credit, the controls are very responsive which is a must in this title which involves very intricate platforming that may as well be classified as a puzzle all their own. On the other hand, one mechanic in the game which is just dreadful is blocking, or should I say parrying. In most games and you would think even in the ninja world, the fighters would be able to hold and sustain a block for as long as you could stand the blows of the opponent. In Shinobi however, blocking is a simple wave of Jiso’s sword that has to be timed perfectly or you will miss parrying the attack and instead suffer damage, which can be a complete stage ender if at low health. 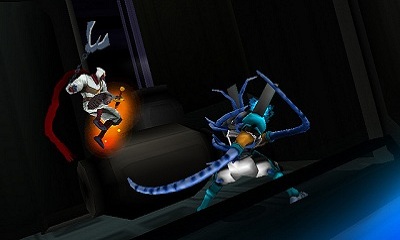 While the difficulty is something that many will be turning their heads away from, the relatively small campaign itself is at least provided with some padding through challenge areas that can be either picked up through StreetPass or by unlocking with Play Coins. These challenges are even more difficult than story mode and the loss of a life will start the player right back at the beginning of the stage, providing the toughest challenge in the whole title.

Also provided to try and keep player longevity for those capable of standing up to the challenge are a number of in-game achievements to try and be obtained through either playing the game well or playing the game poorly. These achievements can be quite humorous when they are trying to be condescending to the player’s missteps. Along with achievements there are also numerous pieces of artwork, cheats to make the title a bit easier, pieces of music and also the history of the Shinobi series that can be unlocked to be viewed as well.

In the end Shinobi revels in its difficulty level and players will find themselves either reveling in their masochistic selves or finding the difficulty off putting. While I’ve played difficult titles before, none of them have felt as cheap as Shinobi’s difficulty level felt. The learning curve is extremely steep and this title will harken back to those who want to remember truly difficult titles that don’t give their players room for error.

Overall:
In the end Griptonite has done a fantastic job providing a bit of a modernization of the Shinobi series, however it seems very unfriendly to those who have not played a Shinobi title before. There is a decent amount of enjoyment to be had here for those who enjoy a challenge or like to die a ton without advancing further in a game. That doesn’t make Shinobi a bad title by any means however, as the combat and platforming is certainly enjoyable. Still the presentation is lackluster as a whole and most will probably set the title down after completing it once. Or spend hours trying to beat it on Very Hard and throw their 3DS out a window.