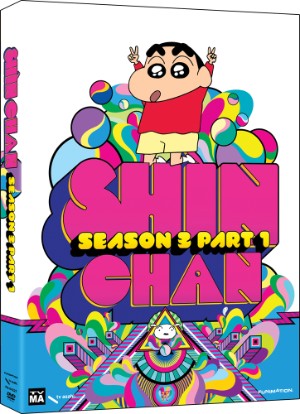 Overview:
Crayon Shin Chan is a series that began back in 1990 and was turned into an anime back in 1992. The original material was written by Yoshita Usui and today is still popular in Japan. Now Shin Chan here in America is an entirely different beast. A beast that has been twisted into something hilarious thanks to FUNimation’s reimagining of the series and redubbing the series into an adult comedy heavy with pop culture references and dirty jokes. After two years of stagnation, Shin Chan is back and he is more vulgar than ever. Action Bastard ho!

Story:
For those who don’t know, the series follows the daily life of a young kindergarten boy named Shin Nohara who lives with his mother Mitzi, father Hiro and baby sister Hima. He attends school with a few other kindergarten children named Georgie, Penny, Maso and Boo. While this all sounds pretty basic, that is because so far that is how I’ve described it. 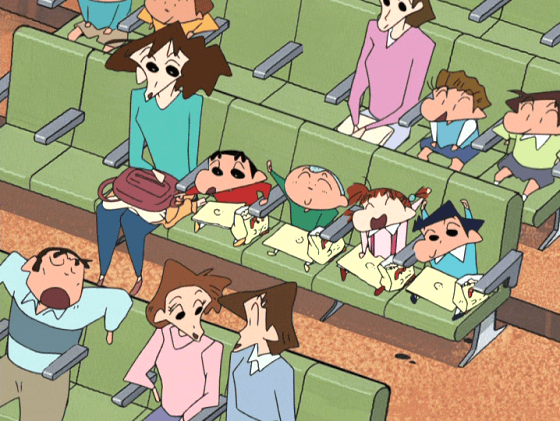 These children attend a school known as the Super Happy Fun Time American School and the teachers there are more than a little strange; first there is Miss Anderson who has a long term relationship with a jailed convict named Doyle who is never shown and Miss Katz who is a man hungry woman desperately wanting to get laid. Newly introduced in this season is a man known as “The Flamer” who is a man that believes all humans are sub-beings and can also light himself on fire. He soon becomes a worker at Shin’s school as recess teacher, though his interactions with Shin (who he believes is his superior) is his true highlight as a character.

None of these hold a candle to Miss Polly who is a kinky woman that is hinted to have not only had sex with but tortured everyone on the staff. Plus whenever her glasses are removed she turns into a dominatrix woman whose words are vicious and her actions all the more cruel. Presiding over them is a Principal known as Ench whose adventures as a certain super hero caused the two year closure of the school. The two year closure is a direct reference to the fact that this part of Shin Chan took two years, and the kids themselves even joke that a two year summer vacation is a bit much.

FUNimation’s dub of Shin Chan never has followed a very close storyline, and this is usually because the dubbed series takes various episodes from different places of the actual series. This means that you won’t often be seeing a lot of build up for a long hilarious joke. Instead we are given mostly situational humor that means nearly all the comedy is played off of the visuals in the area and there is nothing that lasts extremely long. 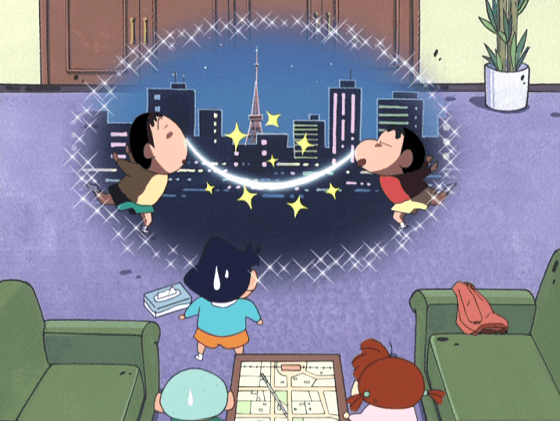 There are long lasting character personalities that have been used consistently, such as Georgie’s extreme conservative views and Penny’s masochistic personality. Despite these personalities however most jokes are often one trick ponies which, although brief, will usually have the fans laughing.

That being said a lot of the comedy is usually either very dark or potty humor which means if you are looking for highbrow comedy then this isn’t the show for you. If you are looking for a simple laugh however (one that lasts throughout nearly the whole DVD) then Shin Chan is a series for you.

That being said, there is also a very large amount of pop-culture references in Shin Chan. For example, Georgie often makes references to the fact that Obama is now President and the fact that he feels threatened by that. Also nearly a whole episode is twisted to make itself into a True Blood parody which is hilarious in its own right, but also can be applied to nearly any of the popular “Vampire” series in the last few years.

Artwork:
Something that Shin Chan suffers from, is the severely detrimental artwork that the series contains. It can be partially forgiven due to the fact that the source material and the anime episodes that FUNimation are using were from the mid 90’s but this also means that the artwork is dreadful. The color palette is very bland with plain coloration which makes the comedy all the more needed for a series with little visual intrigue. 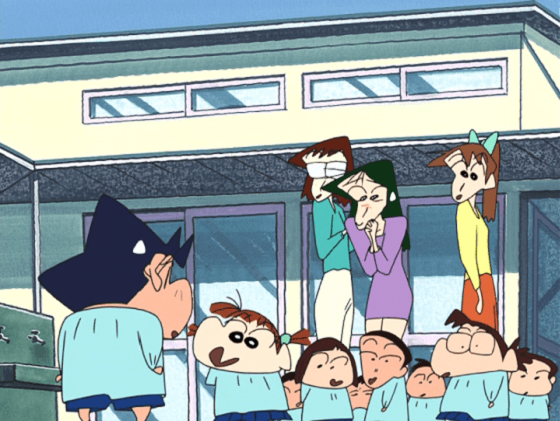 That being said, FUNimation has also placed new wording in various signs and labels around the world that Shin Chan takes place in. This means that while comedy is also coming from trash talking children the world itself is a place of humor. Viewers should be encouraged to look at any posters, signs or similar advertisements that are near the characters as they usually contain side jokes that either heightens the hilarity of what is happening on screen or make jokes of their own. For example, during a trip to the dentist a poster says “Floss is for more than just your butt.”

Audio:
If there is another thing that Shin Chan does perfectly is the fact that it has perfect voice actors. The same memorable character voices return to reprise their roles despite the two year absence of releases. The jokes play nearly entirely off of the dialogue from the characters and the dub works great in this regard by providing nearly constant laughs which will be enjoyed by nearly everyone.

The same ending song is used as previous seasons and is still sung in English, which means you won’t be hearing any different ending music this time around. The background music during the episodes is nonexistant and what music is heard in the background is usually just generic episode entry music.

Extras:
Unfortunately Shin Chan Season 3 Part 1 doesn’t come with any extras worth mentioning. The DVD comes with trailers for the past seasons of Shin Chan which are worth a few laughs though are probably things that any lover of Shin Chan has seen already if they own these DVDs. Also there are trailers for other FUNimation products which were either recently released or are releasing soon. 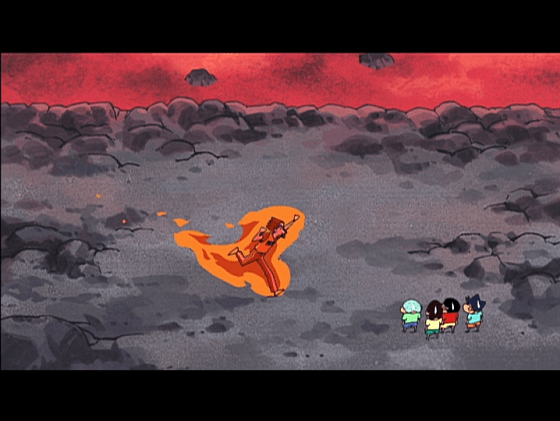 Overall:
Shin Chan finally makes his return chock full of ass jokes, perverse humor and hilarious views of current pop culture. Shin Chan Season 3 Part 1 still has the same problems that past Seasons would have had, with very terrible visuals and the fact that the comedy might not be for everyone. Those who are ready to laugh at ass gags, jokes about Shin’s mother and countless other low brow humor will drop their money on this faster than Shin drops his pants for his ass dance. On the other hand if these types of jokes offend you then you may want to stay away from this series still, as the humor is still mostly one note and doesn’t develop beyond the limitations set by the animation itself.

I give Shin Chan Season 3 Part 1