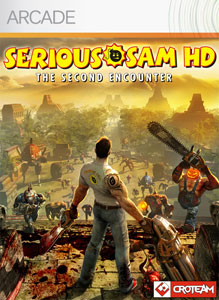 Brand new multiplayer modes include Survival, Capture the Flag, My Burden, and Coin-Op Co-Op for up to eight players, and over a dozen multiplayer maps make Serious Sam HD: The Second Encounter a worthy successor to the original masterpiece.” [Via Xbox.com]

Sam “Serious” Stone is from the future, fighting in the past, in order to stop Mental and his horde of minions. Other than that subtle story line, Serious Sam HD: TSE doesn’t really have a story, but it doesn’t need to have one either. Unlike most games which try to slap on a story that is easily forgettable; Serious Sam places a bit of story as to why you are killing all these enemies, but focuses more on the gameplay aspect and the enjoyment it gives players by throwing tons of enemies at them for their slaughter happy needs. 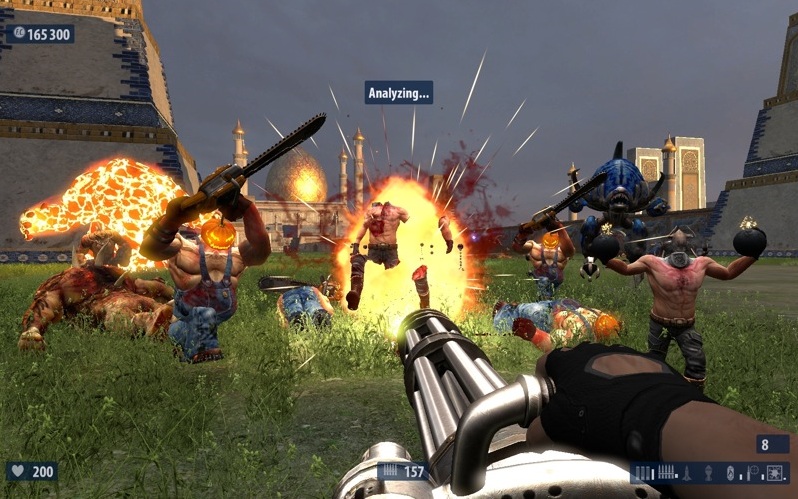 Gameplay
Serious Sam HD: TSE is a twitch shooter. This pretty much means that the game throws tons and tons and tons (may I add another ‘tons’ in there?) of bad guys at you. These bad guys will try to kill you and you in turn have to kill them and make sure you don’t get hurt. The combat gets quite crazy and you will be jumping around a lot and shooting even more. Each opponent has unique traits, and they will all try to kill you at the same time. Dodging is important and killing everything is even more important.

Serious Sam doesn’t really require any thought processing and only requires a happy trigger finger and the ability to quickly dodge. This mechanic creates a game experience which is perfect for relaxing and just having a good old time killing tons of enemies. Of course there are harder difficulties for when you want a challenge, but the overall mechanic is still the same; Kill Everything.

There really isn’t much more to say about the gameplay. Use your immense arsenal of guns to kill everything in your way. The formula is a formula which succeeds brilliantly in what it tries to achieve and creates a pure “kill everything” experience. There is no need to worry about figuring out where to go, there is no need to find a certain item, there is only a need to traverse the level and kill everything in your path. Although occasionally you do need to hit switches and pick up keys, they are always located directly in your pathway.

Serious Sam HD: TSE also includes a bunch of online multiplayer modes, such as deathmatch and Capture the flag. These extra modes gives more to do within the game, but require people to actually be around to play as well. The life of Arcade online communities isn’t very long, so I don’t expect these to be populated for that long; however, what I have managed to play has been quite fun and hectic. 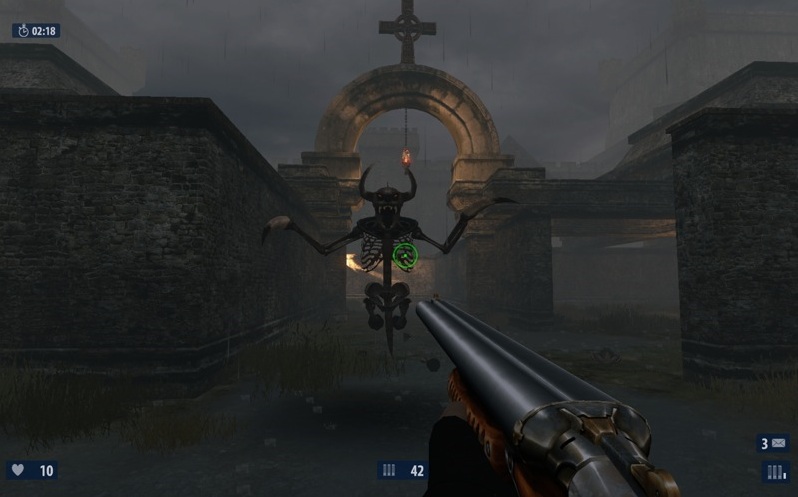 Audio & Graphics
The audio in this game is slightly odd. You don’t actually hear the soundtrack until there are no enemies left because you are so busy killing, and when there are no enemies left the music changes to something less epic. On the other hand, Serious Sam relies heavily on sound based cues in order for it to be played right. The type of sound tells the player exactly what enemy is approaching and lets the player dodge and shoot the opponent accordingly.

The graphics are really nice. There are tons of plants this time around. While the first game was pretty much just vast deserts; this time there are trees and tons of shrubbery. These additions to the scenery create a much more beautiful world. On the other hands, the enemy models seem out of place; but what can you expect when there are so many of them. The developers had to make some sacrifices in order for so many enemies to be attacking you and keep the engine running smoothly. You kill them so quickly anyway, and there are so many; you barely notice them before they turn into bloody body parts. 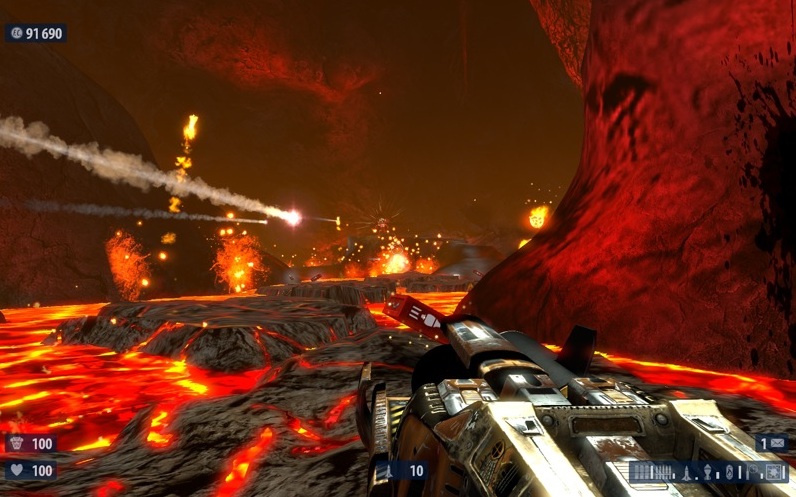 Overview
Serious Sam HD: TSE should be treated more like an expansion to the first game, rather than a true sequel. The developers have taken everything that works so well in the first game and added even more too it. There are new multiplayer modes to give a larger variety of gameplay, new locations to slaughter enemies in, and new weapons to slaughter enemies with. Serious Sam HD: TSE is meant for fans who just couldn’t get enough of the first game, and it doesn’t disappoint at all. Many people may feel like they are just playing more of the same, but Serious Sam is all about slaughtering lots and lots of bad guys, and when it comes down to it Serious Sam fills the slaughter quota extremely well. If you want it laid out in front of you, and want to treat it even more as an expansion; think of it like getting 3 new campaigns at $5 each. My score is based on that logic.
I give Serious Sam HD: The Second Encounter