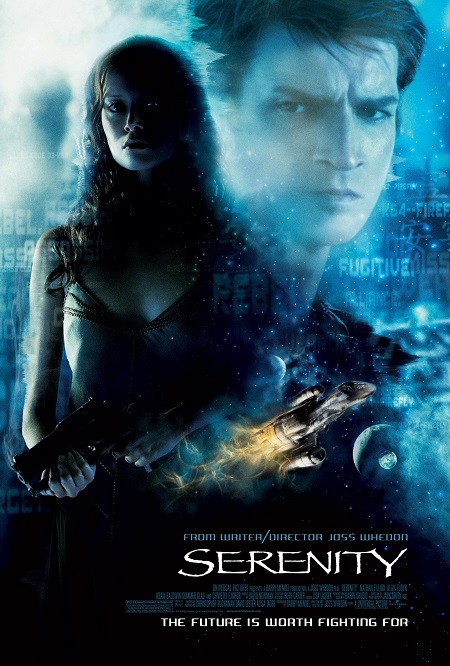 The Firefly tv series is an interesting example of how a strong and imaginative concept with solid execution can carve out a dedicated fan base even after a limited run. This same fandom, who were dazzled by the unique mix of cowboy Western tropes in a science-fiction setting, was able to garner enough support to resurrect their favourite series with a film. With the love of their fans behind them, the cast and crew of the Firefly came back together to create Serenity as a suitable send-off for the short-lived series. With a feeling of fan-based solidarity, I donned my duster and laser pistol before heading down to George St Cinemas for the In the House screening of Serenity. 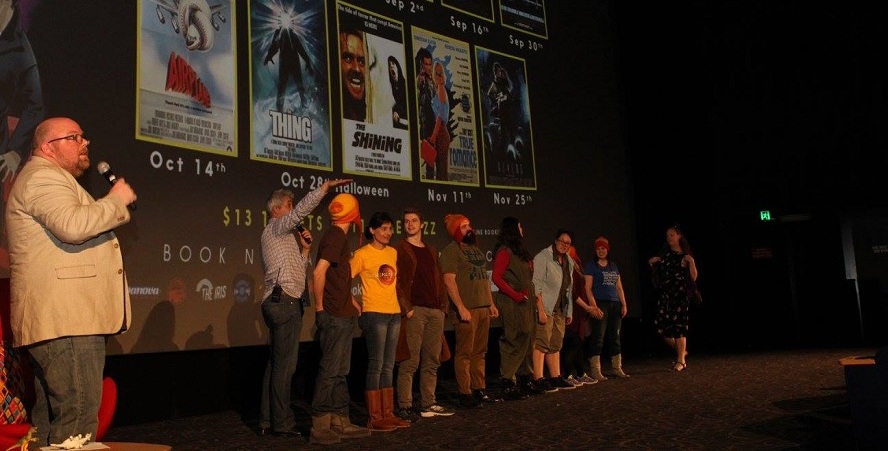 The MCs for the evening for Jason ‘Jabba’ Davis and David ‘Quinny’ Quinn alongside Anthony Kierann who warmed up the audience before the screening. After a quick game of ‘rock-paper-scissors’ with (I kid you not) the entire cinema audience, Anthony ran an impromptu cosplay competition. The winners of the insane game of rock-paper-scissors and the cosplay competition won prizes from the In the House sponsors.

With these prizes having been given away, Quinny decided to engage in a bit of on-the-fly scene re-enactment from the series. It was very fun to see the audience, as one, yell out memorable dialogue on cue and to then see Quinny react with glee in a moment of shared fandom. It’s moments like these which I feel highlight the unique nature of In the House and how it works to engage with its audience in a way regular screenings don’t quite foster. Jabba and Quinny then quickly spoke about trivia regarding the film including the fact that its fandom is so far reaching that copies of both the series and the film have made it aboard the DVD library of the International Space Station. When a film/tv show has not just international but INTERSTELLAR appeal… that’s when you know it’s gotta be good. 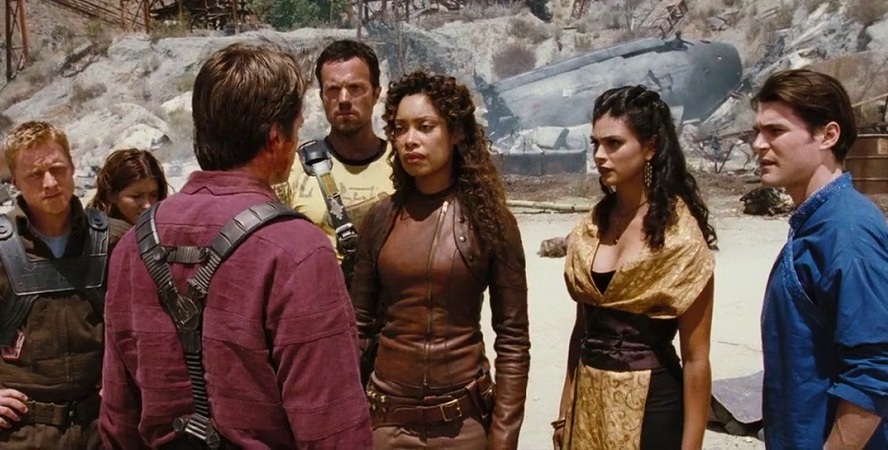 The film opens with a flashback to show us the dramatic escape of River (Summer Glau) and Simon Tam (Sean Maher) from a top-secret Alliance facility. We are introduced to the film’s antagonist, the operative (Chiwetel Ejiofor), and his motivation for his pursuit of the Tam siblings. The story proper picks up where the television series left off and returns us to the much beleaguered crew of the eponymous Serenity. Pursuing their life on the fringes of the galaxy and the wrong side of the law is taking its toll on both the ship and the crew. After putting River in danger by bringing her along for a job, tensions come to a head between Simon and Mal (Nathan Fillion) and they both decide to part ways. They’re forced to reconsider their options once they realise the true danger that they’re all in as the net of the Alliance closes in around them.

The script is one of this film’s strong points with the genius of Whedon shining through in the dialogue. The lines the actors give work to both build their character as well as paint a picture of the unique world they inhabit. Whether it’s the occasional Chinese curses which some characters spout, Wash’s quasi-zen self-talk, or the use of “gorram” (which confused Jabba before the screening), we get a sense of a world which is a unique mixture of the familiar and the uncanny. The characters themselves come across in these lines as well with one example being that Mal never asks someone directly about how they are, but rather asks them about how they’re doing in relation to his pride and joy; the ship itself. This is how film dialogue is meant to be written… sparse but revealing… lean and mean-ingful. 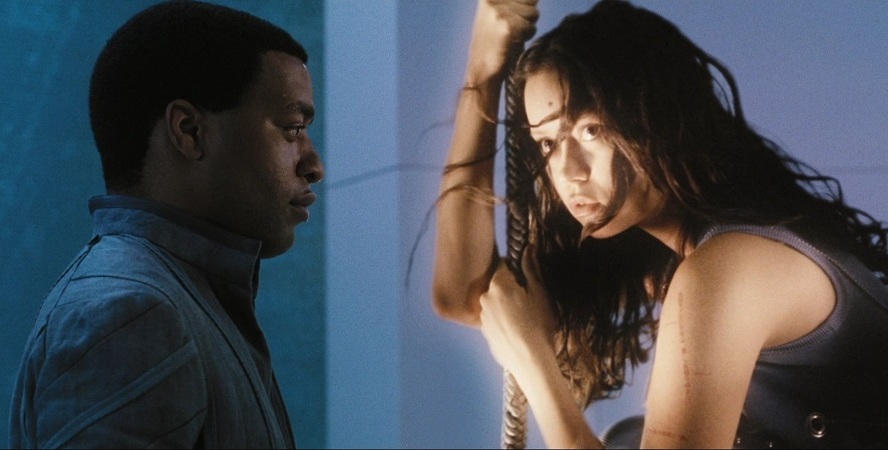 I found Ejiofor’s portrayal of the antagonist ‘operative’ to be both compelling and unerring (in a good way) which creates an excellent foil to Mal. Where Mal is a jaded cynic with no faith in authority, the operative is a faithful idealist who believes entirely in the mission of the Alliance to bring civilization to the void. His soft-spoken demeanour and intelligence play in direct contrast to the casual violence he inflicts upon those around him in pursuit of his mission. So although Mal might shoot a man in cold-blood to protect himself or his crew, the operative will happily raise an entire settlement in defence of his perceived greater good. I very much enjoyed this clash between monstrous idealism and humane cynicism.

(SPOILER WARNING) My one consternation with the otherwise clear genius of Whedon’s work is the film’s final denouement. Up until this final point, the tension has consistently been mounting with the protagonists going from one dire situation to the next. This downward trajectory seems to be unstoppable as they are cornered and the last of their efforts are largely spent. What ultimately saves them is not their skills or quick-thinking, but rather a change of heart by the villain. It’s perhaps the only part of the entire narrative which I felt was plot dictating character rather than the other way around. Although I felt the change was too drastic, I do acknowledge that not all of you would agree with me on this point… I for one generally don’t underestimate the mental hoops the mind of a zealot can jump through to account for information which contradicts their beliefs. 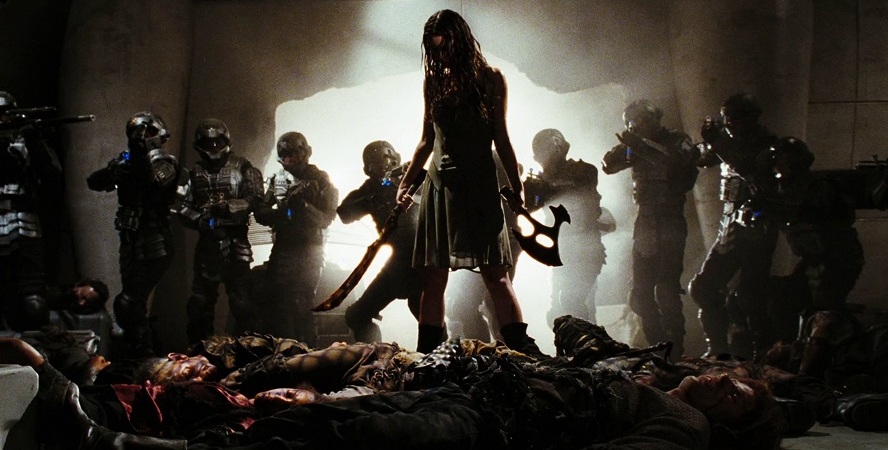 The film’s visuals are another of Serenity’s strong points with the visual direction working in tandem with the special to create some very interesting shots. The film’s introduction to the Serenity itself is a wonderful long shot which goes through the ship and introduces the characters one-by-one as well as their role aboard the ship. It’s definitely a bit of fan service to showcase these characters for those who have been onboard since the television series, but it’s good fan service.

One noticeable difference between the film and the television series is the increased production value in regards to its special effects budget. One stand out moment in the film is a climactic space battle between the forces of the Alliance and the bloodthirsty Reavers. As a fan of sci-fi, this sequence is a unique standout for how it portrays space combat between these two very distinct forces. If you’ve ever wanted to see ships being destroyed through the use of centripetal force, then Serenity has you covered. 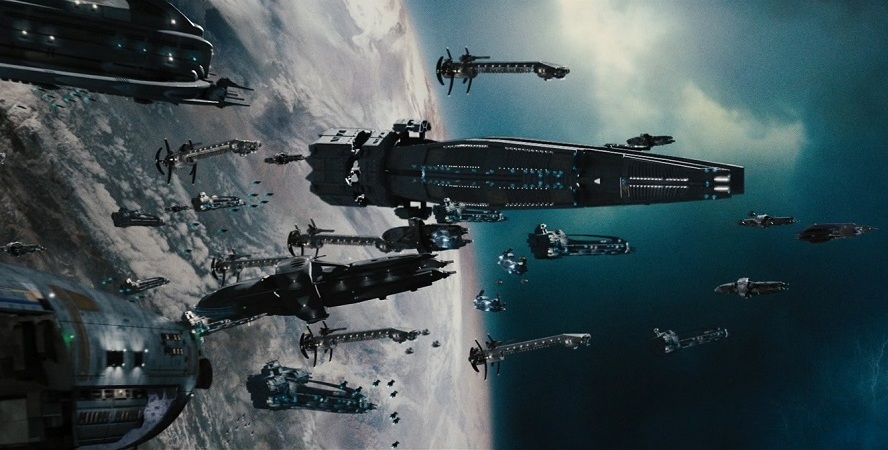 The film’s soundtrack is a wonderfully unique composition of various musical styles and influences. To match the discordant and eclectic universe which he’s created in the Firefly series. The score for this film, composed by David Newman, seeks to match this tone acoustically with tracks that mix a number musical influences including orchestral, folksy Western fiddles, and traditional Asian strings. The finished product is a soundtrack which matches the film beat-for-beat but also thematically fits the universe it creates.

Of particularly harrowing note is the soundscape created by the Reaver’s radio chatter. As the crew move through Reaver-controlled space, the soundscape reinforces the danger our protagonists are in with copious amounts of tortured screams. I remember hearing this radio chatter the first time I saw this film and being quite disturbed by it. It’s been a long time since that first fateful viewing and I can say that although it hasn’t affected as deeply as it once did, the screams of the Reaver’s victims still leave a chill down my spine. 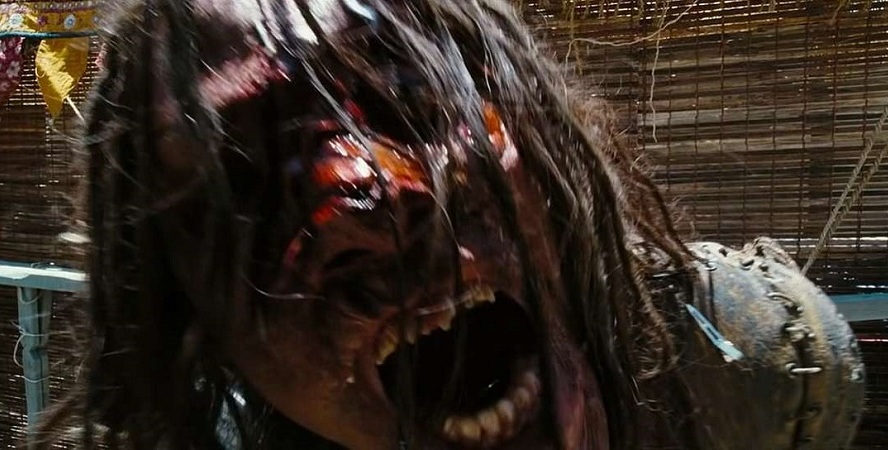 Serenity carries all the hallmarks of a Joss Whedon classic with an excellent closing to a much-beloved series. The story is extremely strong with a unique concept, strong characters, and a captivating villain to clash with the protagonists. The visual style is similarly strong with excellent direction by Whedon and compelling special effects. The soundtrack matches the film’s tone on a thematic level and works to reinforce the character of the fictional universe. Save for some parts which I feel could have use a bit more polish to them, Serenity is a prime example of how to build upon the already established lore of previous entries while also creating a new entry point for punters to become fans. As the final hurrah for the Firefly universe, Serenity goes above and beyond to establish itself as a solid science-fiction film.

Kudos to the fans for pushing for this film! Kudos to Whedon for making it! Kudos to In the House for screening it!