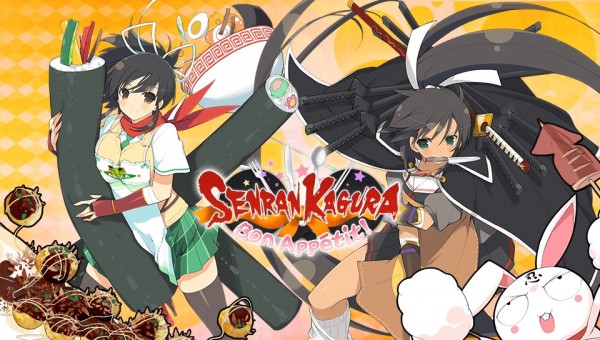 Overview
The Senran Kagura series is something that gamers thought may never make it overseas and now here we are with the spin-off rhythm cooking game Senran Kagura: Bon Appétit!. While previous games were always packed with plenty of buxom beauties, exposed underwear, and convenient nudity censorship, the titles also had satisfying combat mechanics to keep things in balance. Now that the shinobi of Senran Kagura have put down their weapons and stepped into the kitchen, is Senran Kagura: Bon Appétit! a title that fans should acquire?

Story
The legendary ninja Hattori Hanzo has proclaimed that a Secret Ninja Art Scroll capable of granting one wish of the user’s choice will be awarded to the shinobi capable of creating the Secret Ultimate Dish. Sounds like serious business, but don’t worry it isn’t anything like that at all because it is more like Hanzo is simply hungry and bored and wants to raise a little hell with the help of his disciple Kiriya who seems to be quite different at the moment. 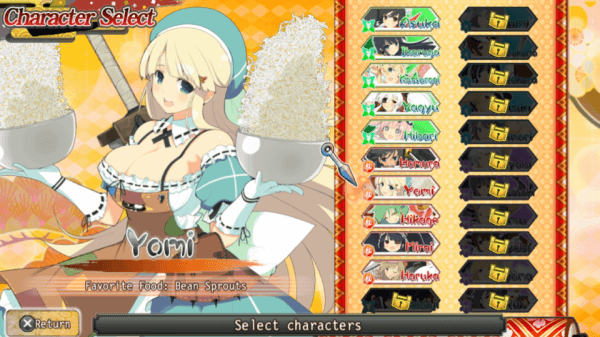 As such he has advertised that such a scroll will be given to the victor of a cooking battle and the girls of Senran Kagura have all taken the bait for their own reasons. In this base game, the girls of Hanzo Academy and Homura Crimson Squad are all included and Hanzo couldn’t be happier as he is able to not only enjoy some delicious cooking, but also quite a show.

Now in the game each character will have her own unique story mode that will unlock special accessories and costumes as well as some visuals. These story modes range from ridiculously funny to just plain funny as none of them are meant to be taken seriously. Each story is told through a visual novel type narrative though only a few actual dialogue scenes populate each of the girls’ story modes as most of it is simply setting things up and then delivering a punch line at the end. 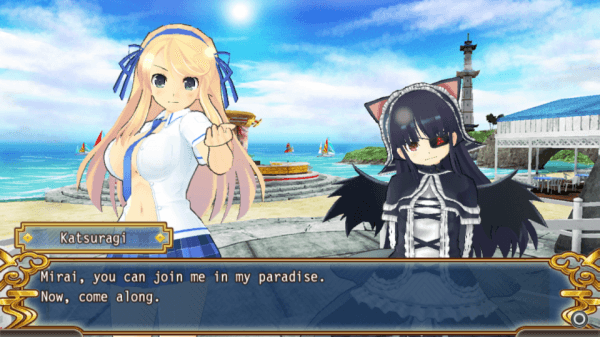 Gameplay
Now once you do select a girl, either for the game’s story mode which consists of a number of cooking battles in a row interrupted by a few dialogue sequences, an arcade mode featuring another set of back to back battles, or free mode allowing players to choose who they will play as and who their opponent is, you will then begin a three part cooking battle. 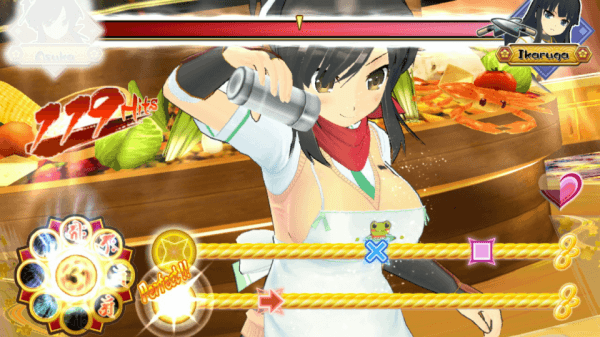 The food that is prepared is determined by what character you will be facing off against, though all of the food is handled the same way as players will need to tap buttons as they are shown to you on the bottom of the screen. There are two lines that buttons can appear on and this includes both D-Pad directions as well as the face buttons and while some notes may simply require the player to tap it once, others will need to be held until a certain point or tapped numerous times within a certain limit to finish. The closer each button is to the proper point the better score you will be given, which is to be expected, and it is worth noting that the more notes you successfully complete will build up a “combo” that can then unleash your chosen girls’ shinobi skill. These skills are all the same and do little to actually change the visuals of the game as they simply help you earn more points while also burying the chances that your opponent has to come back in round as the skill will stay active until you miss a note. Despite sounding easy, the harder difficulties can be incredibly difficult on specific songs as they mix together the directional buttons and face buttons to such an extent it can be one hell of a challenge to complete, especially since there are two lines to worry about. 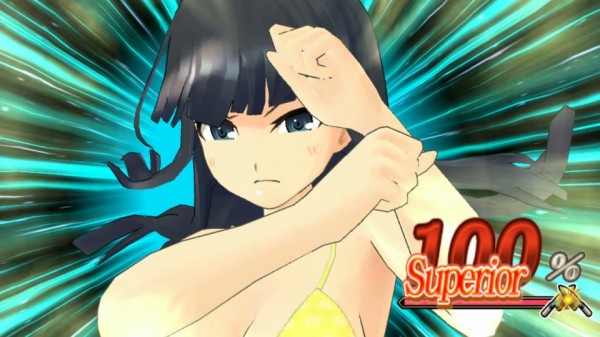 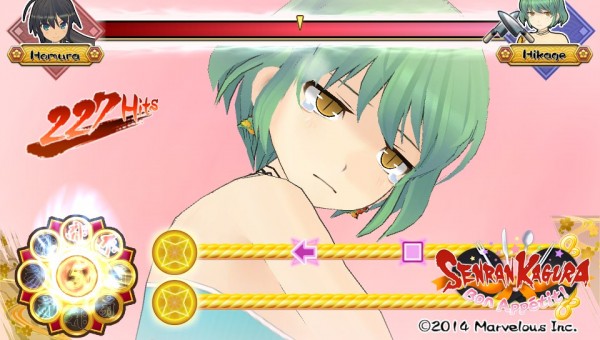 This is continued into the dressing room where players can unlock countless different accessories, outfits, and underwear to dress up their favorite girls. There is so much to unlock in the game and so many different combinations to put together that fans will have a lot to unlock. Of course for those looking to be a bit perverted, the touch screen and gyroscope can be used to provoke the girls.

Visuals
Since Senran Kagura fans in the West are getting Senran Kagura: Bon Appétit! so soon after Shinovi Versus, you may notice that the character models have been improved a slight bit over SV, but for the most part they will look the same as you remember with quiet a lot of customization available. By using the dressing room you can change the outfits that each character will wear while she is cooking and even the underwear she will eventually be stripped down to. 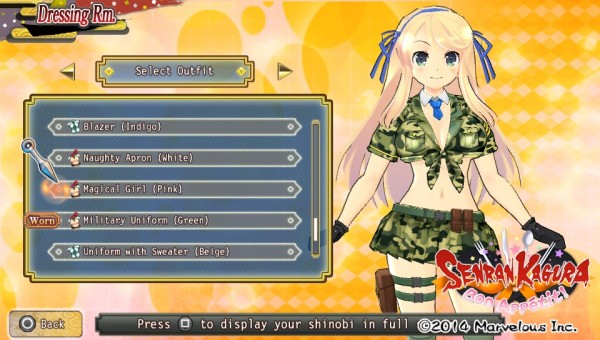 Audio
Although the gameplay is tight, the graphics are gorgeous, and there is plenty of service to be had for fans, Senran Kagura: Bon Appétit! is unfortunately rather weak when it comes to the songs on offer. Since each girl offered in the game has their own song, there are only ten songs available in this basic version of the game and among them only a couple of tunes actually have lyrics where everything else is simply an instrumental. 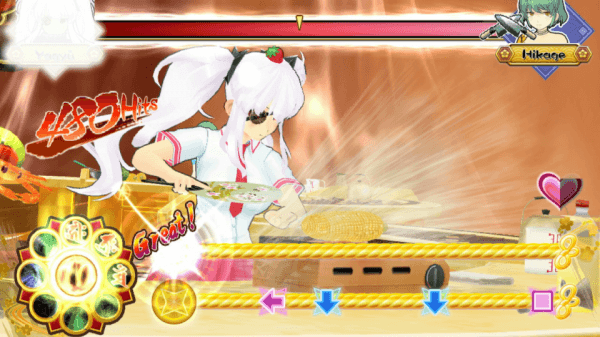 While a few of the songs do sound nice and there is a wide-range of genres available, including a Christmas sounding tune, the offerings end up being sadly forgettable. Many of these songs feel like the type of background music you would expect on a menu or as a theme rather than an actual song you would play a game to which is disappointing.

Overall
Senran Kagura: Bon Appétit! offers a game that only fans of the series would love but there is plenty here to love. While it is unfortunate that the songs are of lower quality than one would expect for a rhythm game, there is a nice challenge here for those looking for it, plenty of content to unlock, and of course more humorous storylines involving the cast of Senran Kagura to enjoy. With so much lewd content on display this may not be a game to play on the go, but it is a title that Senran Kagura fans will definitely enjoy.