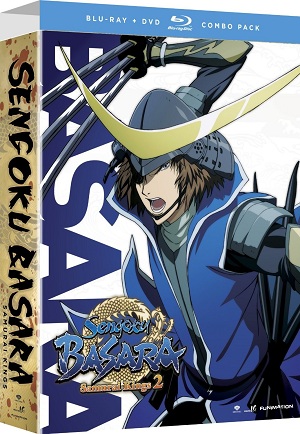 Overview:
The Sengoku Era of Japanese history is one full of bloodshed, with countless warriors fighting and dying for their lords and masters. It was an era of honor where a man’s abilities were tested on the battlefield against other men, with the last man standing the superior fighter. That time period has long since passed, but that doesn’t mean that an era chock full of combat could so easily be forgotten.

In fact, it makes perfect material for a video game to be created around the era. Such is the case with Capcom’s Sengoku Basara video game series, and now with Production I.G.’s anime adaptation of the video games, Sengoku Basara: Samurai Kings. FUNimation has recently brought over the second season of the series to North American shores. While the review of the first season can be found here, does this season contain the same amount of over-the-top action as before?

Story:
The second season of Sengoku Basara: Samurai Kings drops us right after the events of the first season, and one would think that the unification of nearly all of the warring generals would last at least a short while. However that is not the case… despite just defeating the powerful and demonic Oda Nobunaga each army begins to battle against one another for dominance once again. This is a bit disappointing, as while some subplots carry over and some forces continue to work together, most alliances are severed with little care for the last season. 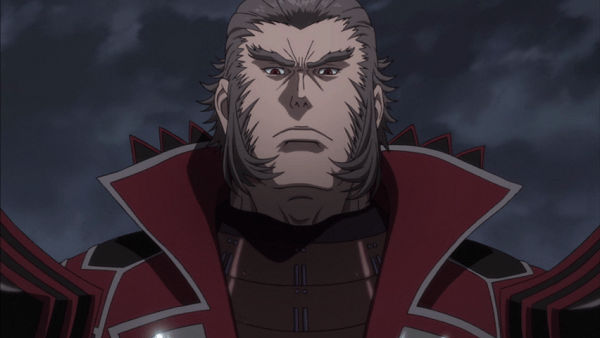 As chaos reins on the battlefield our two main fighters from the past season, Date Masamune and Sanada Yukimura continue to fight to see who is indeed the strongest. However resumption of war between lords doesn’t last for very long as a new and powerful army seeks to unify Japan under one name once again, and this time around it is Toyotomi Hideyoshi, a giant of a man so powerful he uses no weapon besides his own fists.

With the arrival of Toyotomi Hideyoshi, this immediately puts a stop to the battles amongst the various factions and again puts a stall in the growing rivalry between Sanada and Masamune. Hideyoshi’s gaze goes far beyond just Japan however and with the cunning intelligence of his tactician Hanbei the warriors are presented with a man that provides a different sort of challenge from last season. While Oda Nobunaga provided a more mystical opponent, one full of dark magic and evil intentions, Hideyoshi provides a satisfyingly powerful opponent that is a bit more grounded in reality, though given the insane levels of action and strength demonstrated throughout the show, isn’t saying too much.

As with the first season, Sengoku Basara: Samurai Kings Season 2 continues to follow the same type of theme. There is plenty of build-up throughout the series which finally culminates in an impressive battle of massive proportions. What occurs between the initial conflict and the finale also follows along the same vein with various factions maneuvering for power and trying to find the best way to defeat one another, with skirmishes, alliances, kidnappings and rescues carried out throughout the series. One of the highlights of season two is the fact that a couple of the side characters which received very little background story or even screen time in the first season are given plenty of time to stand out and receive their own motivations and explanations for why they are on the battlefield and what their beliefs are. 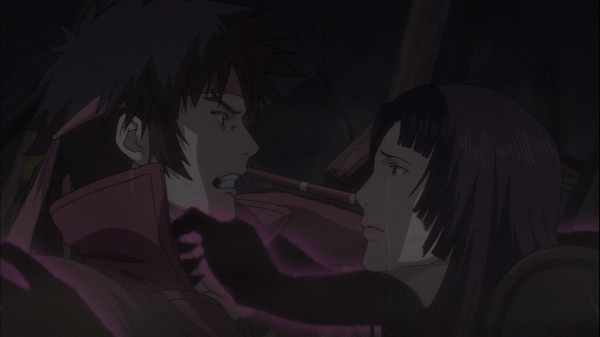 However with so many different characters and factions maneuvering at one time, the same problem from the first season arises once again with the second season. The story can be quite difficult to follow at times and this would only create further confusion with anyone who is not well versed with the history of the Sengoku Era. Despite the fact that the series is quite far from being historically accurate it does provide a problem when so many characters are conspiring with and against one another at the same time. Meaning that although the action is great and will keep the viewer interested, the story will likely leave viewers confused at times.

Similar to the first season, an OVA release has been bundled into the end of the series which focuses on Sanada and Masamune’s interactions while they were staying with Takeda. The OVA is more comedy based and will provide a few good laughs and a satisfying end to the series despite the serious nature of most of the main series. All in all, Sengoku Basara: Samurai Kings Season Two has plenty of action for those looking for it, with over-the-top abilities displayed often and battles of epic proportions. However those looking for a continuation to a great story may be willing to pass this one up as the storyline for season two is weaker than what was presented from the first season.

Visuals:
What does over-the-top action need to be not only amazing but gratuitously wonderful at the same time? Gorgeous animation that’s what. Thankfully, Production I.G. has spared no expense with the second season of Sengoku Basara: Samurai Kings. The battle animation is extremely fluid and is a treat for the eyes with rich colors and characters with plenty of detail. 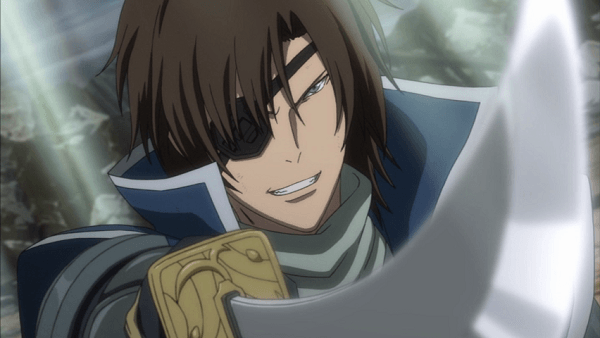 To make things even better, the CG animation blends well with the artwork of the series, with the Blu-ray version of the show providing crisp visuals for even the most discerning anime viewer out there. The visual delight provided by the series is only compounded further by the fact that backgrounds are given plenty of detail and the battles are well choreographed with just as many special touches added into the battle scenes as the past season.

Audio:
To go along with the action on screen, the background music fits perfectly fine with plenty of rock music but tones it down quite nicely with traditional Japanese-themed music for the downtime between battles. While the music usually doesn’t do too much to help accentuate what is being shown at any given time, it does fit the time period well enough and the heavier rock music occasionally makes the battles even more exhilarating than they already are. 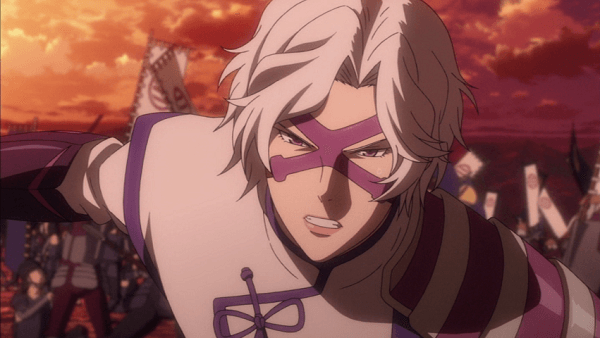 The English dub cast from the first season has returned to reprise their roles in the second season as well, which means you can expect to see the same high-quality voice work as before. There are a few new additions to the cast though nearly the entire new cast consists of newly introduced enemies which are performed well enough by their English voice actors. Though when compared to the serene feeling the Japanese voice cast provides, it is nearly night and day. This means that those who prefer a more blood pumping action filled voice cast with plenty of humor will prefer the English version while those who prefer a more reserved performance will choose the Japanese dub.

The box is designed to fit Blu-ray sized boxes and while this works for the re-release of the first season’s combo pack or those who purchased the Blu-ray release of season, those who own the DVD release cannot place it inside the collector’s box. 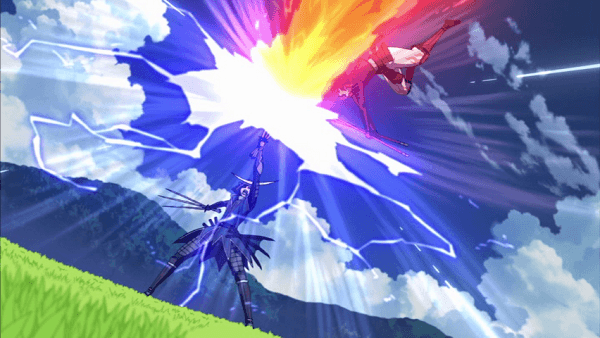 Besides that there are a number of extra bonuses included on the disc itself, such as a clean version of the opening song “Sword Summit” by T.M. Revolution and the two ending songs “El Dorado” and “Fate” both performed by Angelo. Besides that we are also provided two episode commentaries, with the commentary for Episode 6 provided by Voice Director Christopher Bevins and Patrick Seitz the voice of Chosokabe Motochika. This commentary is a bit basic but enjoyable enough, while Episode 12 is given commentary by Eric Vale the voice of Maeda Keiji, voice actor of Date Masamune Robert McCallum and Chris Cason the voice of Takenaka Hanbei. This commentary is more random but also more humorous as the voice actors make comments about not only their characters but about other unrelated things.

To go along with these extras, there are also seven mini stories called Sengoku Basara II Katakura that are added into the release that run for only a few minutes each and are similar to what was presented in the first season. It is worth noting that DVD only users will only be able to see the first three episodes, as all seven episodes are contained on the Blu-ray version of the anime. These are rather enjoyable, with chibi-styled artwork that is very basic but cute compared to the highly detailed artwork we are provided in the main series. 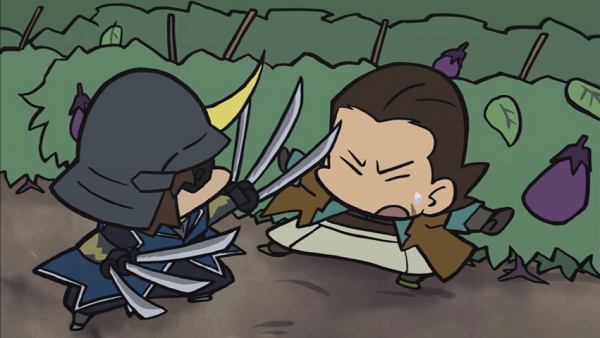 Overall:
Sengoku Basara: Samurai Kings 2 provides the same level of high-octane action from the first season. However this also means that a large number of the issues present with the first season carry over to this season as well. While the amount of action is still dialed up to 11 and the characters that are doing battle with one another can bring abilities to the table beyond anything humanly possible, the story still feels like it holds the show down from being great.