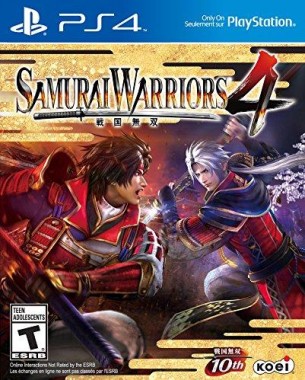 Overview
Ever since Warriors Orochi 3, Omega Force have been on a role with the franchise, and have invigorated the fans’ passion by upping the overall quality of every release. Sure, its a new Warriors game – and even though the gameplay is expected to remain the same, several iterations have presented just enough change to excite the masses. Samurai Warriors 4 is the first “Samurai” title in the series to hit a Sony console in years, and brings with it several chapter-driven stories with a ton of extra content to chew on. Is this 4th installment taking advantage of another peak in popularity, or is will it be remembered as a black sheep for years to come? Let’s find out. 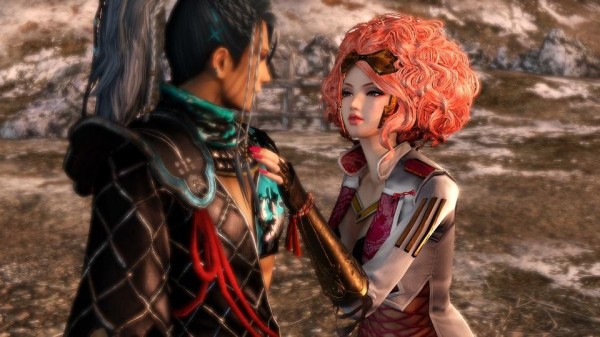 Story
Its been a while since we tread on the Sengoku period of Japan’s rich history, but Samurai Warriors 4 is intent from the start on becoming your history lesson of the era. I know, a Warriors title teaching accurate history is like a Mario title teaching kids how to be plumbers, but oddly enough, Omega Force nailed the feel for the era and have brought us some rich characters who are swept up in ugly wars, slowly peeling off layers as the player progresses and bringing true intentions and motives to the surface. War is serious, but light undertones come out frequently to give the player a chuckle, and while the game isn’t 100% true to its source material, its hard not to walk away from the many intertwining narratives satisfied, as while not all of our character’s tales are satisfying, quite a few leave a lasting impression.

Gameplay
As you would expect, Samurai Warriors 4 is not too far away from its other kin in the franchise, as it still has those same hack and slash roots showing, and does little to feel different from the other titles aside from a few unique features. Players can take advantage of a character-switch option, and go into the battlefield with two characters, where they are able to swap at the tap of a button. We have seen this before in Samurai Warriors: Chronicles for the 3DS, but the method is perfected here, as the transition is instant and seamless. The controls are tight as well, still coming off as accessible but opening up a bit later on for further techniques as the player transitions through the story. Yeah, not a lot has changed outside of a bit more polish since the third installment on the Wii (most of the 55 characters have been seen before, and no new faces truly stand out_, but racking up thousands of combos in minutes is still as exciting as it ever was, and performing the abilities on the battlefield amidst the chaos still feels like a spectacle. 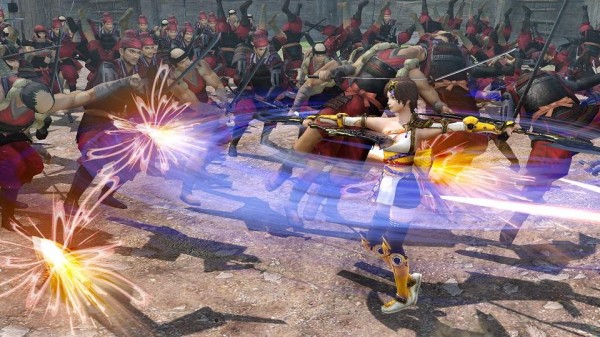 The big new element of this title comes in the form of the Hyper Attack. The player can unleash a powerful, crowd-sweeping maneuver greatly assists in breaking up the slow tread of you standard hacking and slashing as you watch crowds fall quickly while you rack up kills. Rage Mode has a separate gauge, and once filled – will allow players to slow down time and perform greatly enhanced versions of their normal attacks with greater damage attached. If you perform a special attack while in this mode of combat, a more ultimate attack can be utilized, devastating the HP bars of officers, bosses, and so on. Of course timing plays in with how useful these new attacks work in your favor (as you don’t want to activate Rage on a small set of foes), but with a bit of your own strategy applied, you can definitely move at a much faster pace in this fourth installment thanks to the two new enhancements. 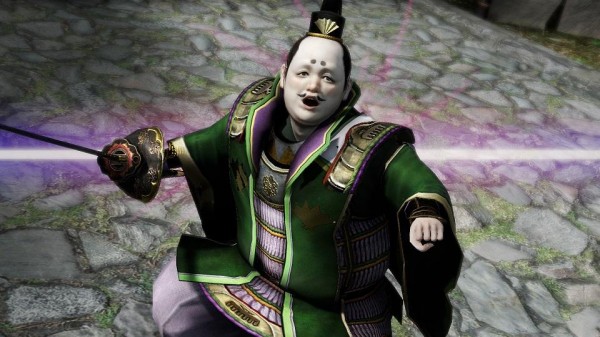 Speaking of strategy, this title requires it. Though early stages start out with the standard “Kill the officer fare”, later levels require the player to take out flag bearers who power up groups of enemy soldiers. It sounds small, but as the game progresses – so does the difficulty and killing that man with the flag will definitely save you some time and effort as you move on to your next locale. When it comes to modes, the standard, story-based fare is found within the chapter based Story Mode (go figure). One or two players can tackle this mode (over the network or local split screen), and for the most part, there length here is rather padded out with plenty of varied missions to partake in. I say padded as the combat never changes, but Warriors fans should not find themselves in tedium very often due to the constant streams of unlocks and new weapons that come into play. Free mode is also back, and is just a nice replay with the ability to utilize the character of your choice to take on a good number of levels. Chronicle Mode features some more original fare, with the player taking control of a custom character through a large, branching story. 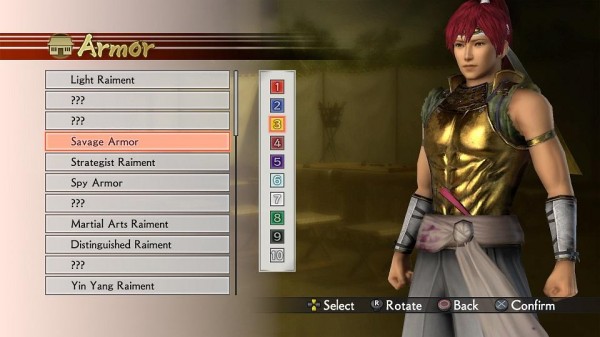 Yes, you can create your own warrior in this installment. I want to go in and say that the character creation is better than I expected it to be, as I felt my character was slapped together very quick and I was satisfied, but I know not every single person reading this review will be happy as this editor is still quite barren when it comes to choice. Many of the outfits are limited to one full piece of armor, and it honestly takes an imagination to create a character that doesn’t look like one of the 55 characters in the game. There are plenty of hairstyles, but the facial feature sets are limited, and you are probably going to have a “semi-decent” looking edit within minutes due to the lack of variety. That said, there are buffs to this, as you can utilize photos on your device for character portraits (meaning the possibility of having an actual face for dialogue sequences), as well as custom Kanji and Crests to go along with your new persona. It isn’t that deep, but it is quite enjoyable when you add in the Chronicles aspect of the game.

Visuals
Samurai Warriors 4 holds its own during combat. Hundreds of enemies can appear on the screen at once, and I never noticed the classic disappearing act of models or any slowdown on the Playstation 4. That being said, the models themselves are not too much more detailed than Dynasty Warriors 8 – so if you expect a huge improvement, you might want to wait until the next installment as far as visuals go. I would have to say that I was most impressed with the stunning environments within the game. Players are greeted with beautiful recreations of Japanese locations, full of color and activity. There are a few bland textures, but most of the time you will not notice them as they are covered with booming cherry blossom trees and all of the soldiers who stand in your way as you head to the next objective. The subtitles are fine, but there was a few times that dialogue sequences would block something on the screen, but alas, this can be controlled by the player to turn off these tutorials and subtitles in the options. 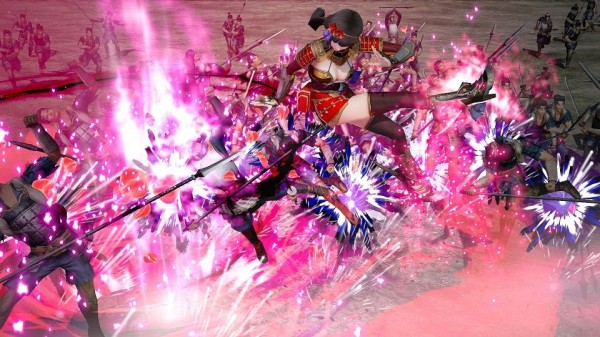 Audio
The soundtrack captures the essence of classic Japan well. It isn’t anything too memorable by any means, but these melodies are fitting and in a title where you are not going in for a lot of atmosphere, it is nice to get a good pinch from an otherwise average collection of tunes. The Japanese voices are just that, and while I personally know very little Japanese, you can still feel the emotion and at times campy over-acting from these faces in true 16th century turmoil. The general sound effects also do the job, as the sounds of a great number of blades can be heard clinking as combat is ongoing, adding a nice feeling of realism to the fight.

Overall
Samurai Warriors 4 is a fantastic installment to a franchise hitting yet another stride. Of course the gameplay is the same, but I think over the years the fans and outsiders alike have accepted that and coped with small improvements and polish on top of what already is a magnificent game engine. No Warriors title to date has such a rich (if not imperfect) history lesson, and players have a lot of eye candy in these mystical little worlds that thousands are slain in. Samurai Warriors is just a spin-off, but if Omega Force keeps up the same type of quality with future installments, there are sure to be many more recreations of the land of the rising sun.