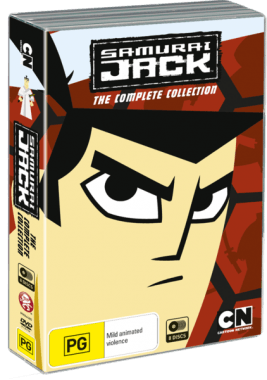 Overview:
For a long time American cartoons and Japanese anime stood in stark contrast with one another. Cartoons had a much larger focus on comedy, usually with stand alone stories with episodes never really bleeding into one another in any significant way. Anime on the other hand did everything that live-action TV could do, only it didn’t have any real limitations due to being animated. It would show ongoing story-lines that would play out over a number of episodes like normal serialized TV over a broad range of genres something American cartoons struggled with. While there were several attempts by Americans to adapt a similar style of story-telling and art as employed by the Japanese, none really blurred the line between both mediums quite like the cult-classic Samurai Jack.

Samurai Jack is a series that is undoubtedly far ahead of it’s time. If it were to premiere in today’s cartoon landscape, it would be a smash hit, instead it ultimately ended up becoming a low-rated series albeit with a rabid fan-base. It was eclectic and radical for it’s time, not at all like what was the norm for the medium and that is what makes Samurai Jack so great. It did something no one else dared to do at the time – be different. 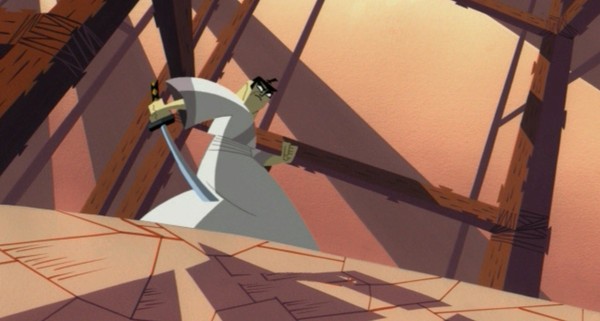 Story:
Samurai Jack features an ongoing story-line revolving around the titular Samurai named Jack as he is flung into a future ruled by his arch nemesis the Master of Darkness and bringer of unspeakable evil, Aku. It’s a relatively simple fish out of water plot but there is so much drive and momentum behind it all that even when it’s going through the motions it is incredibly intriguing and engaging on multiple levels.

The future world in which Jack finds himself stuck in is one of the most inventive post-apocalypic future worlds ever seen. There is all walks of life living under Aku’s rule in this dystopian future earth. Talking dogs, flying cars, aliens of all sorts, giant apes, shadow minions all reside in this curious world and while Jack may be interested in getting back to the past, the show takes its time to explore it’s setting and characters before addressing that main plot line. Which is the right way to go with a series like this.

One thing that is quite unusual but also resonant about Samurai Jack is that a lot of episode features extended periods without a word of dialogue. Something that is very abnormal especially since this is supposed to be a show for children. But despite that Samurai Jack opts for a more subtle brand of humour and story-telling. Instead of having characters throw dialogue at one another, Jack more often than not says nothing.

Jack’s relative silence is interesting and makes him somewhat of an enigma. While it may seem that his character development would suffer because of this, it’s in fact the opposite. Jack speaks the fewest lines of all the characters in this series yet we come to know him best. He is a man tortured by memories of his past and overcome with hate for the man who exiled him to this dark future, Aku. It is easy to feel for him and understand his quest to return home and through this Samurai Jack really comes to be an emotional powerhouse of a cartoon series.  Viewers will easily become invested in this character and that is what makes Samurai Jack resonate so strongly with viewers, the stoic hero that can’t help but help.

This is just such an intelligent and well crafted series that is is hard not to become swept up by it all. It is utterly compelling in every possible regard and this is undoubtedly the most definitive release of this radical and massively influential cartoon series. 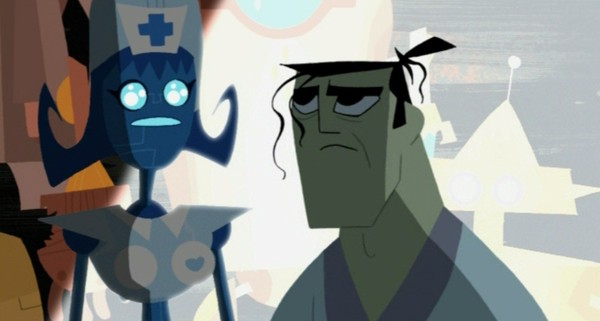 Visuals and Audio:
Aesthetically Samurai Jack feels like a mash up of both American and Japanese styles, there is clearly an anime influence throughout the series that makes for much more detailed animation than the norm. On top of that the way this series is framed is utterly beautiful. There is a spectacular cinematic feel to it’s proceedings that you just don’t get from cartoons. In particular there is an episode very early on, a now infamous scene of Jack taking on thousands of robot bugs single-handed. It’s a pulse-pounding sequence that just keeps going with all the force of a hurricane and volcano combined. It just doesn’t stop and it get’s more intense as it goes. There are many moments like this throughout the series that really make it stand out and go against the grain. It has such a grand-scale feel that you’d be hard pressed to see replicated in any fashion.

The series soundtrack is equally brilliant. The incidental music is masterfully composed and feels very distinctive. Timing is precise and there never feels like a track is out of place. The best track of course is the unforgettable theme song that is simply infectious. It will travel through your nervous system and set up camp in your head where it will be stuck there for days. In terms of voice acting, it’s hard to get any better than this. Jack is superbly portrayed by Phil LaMarr who conveys a broad range of emotion for a character that speaks very little. 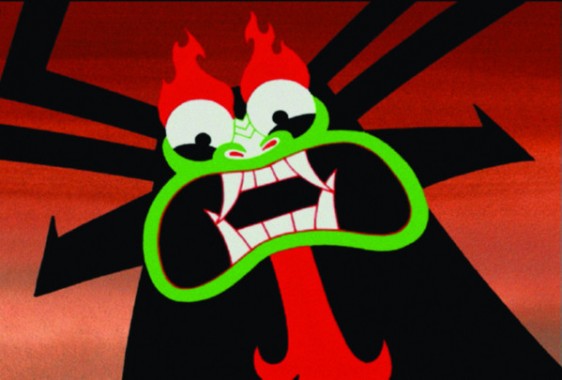 Extras:
Madman have done a brilliant job with this release, for the price alone you are getting far more episodes than you normally would. This release compiles the entirety of the Samurai Jack TV series (all 52 episodes) and on that basis alone deserves a place on any fans shelf. What makes this release even better is the fact that there is a number of episode commentaries to listen to that will undoubtedly excited long-time fans of this cult series. Outside of the episode commentaries there is also the standard trailers that Madman packs onto all their releases. There is so much content here and the price I can honestly say it’s an absolute steal. 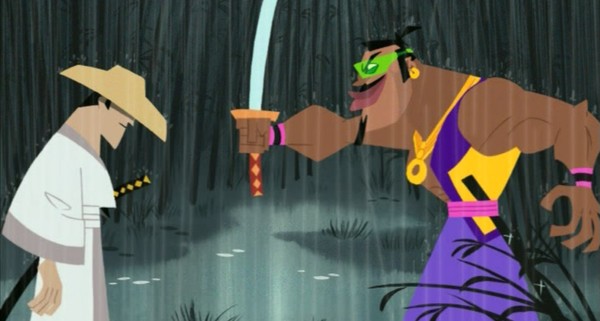 Overall:
Samurai Jack is an amazing cartoon series there is no doubt about it. It is smart, artistic and compelling TV that can be enjoyed by people of all ages. It’s a story that we all know quite well, a person being placed into a world far different from their own, do they sink or do they swim? Jack’s desire to simply return home is something that almost anyone can relate to and it’s through that that Samurai Jack becomes such an unforgettable and landmark cartoon series. The emotional and narrative depth is unprecedented and it still stands up today as one of Cartoon Networks best. This release covers all 52 episodes for the price of roughly 40 dollars, you couldn’t do any better than that for a quality series such as this. It simply leaves nothing left to be desired, it’s the closest thing to a perfect release you can find. Do yourself a favour and buy this release of Samurai Jack, it will enrich your life in more ways than you can possibly imagine.