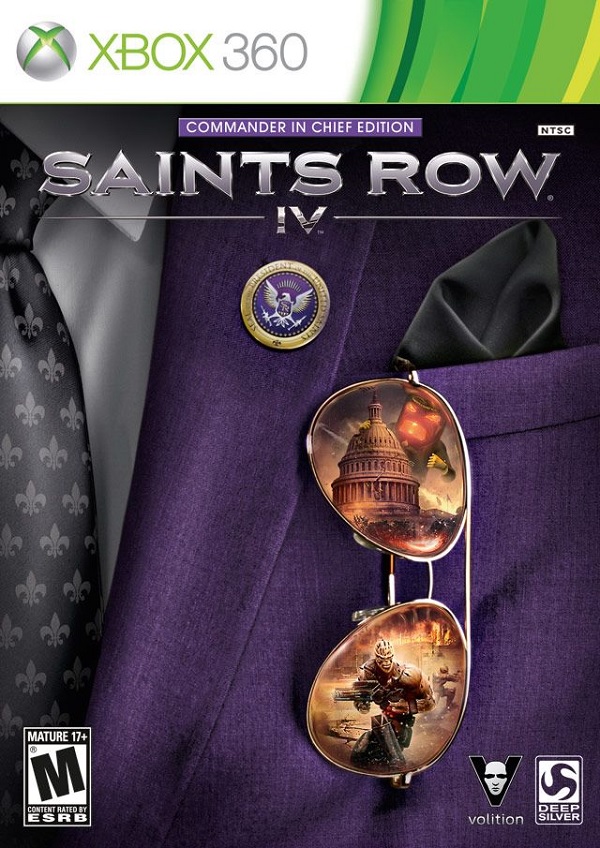 Overview
Continuing a franchise that has already taken things to an extreme is always a difficult hurdle to overcome. Should the next game turn it up to eleven or should it return to its roots? What if fans of the franchise find the next game in the series less enjoyable than former titles? With a game like Saints Row: The Third already being known as one of the most ridiculously titles in memory, Volition had a lot to do to top their last game, so is Saints Row IV able to take things to the next level?

Story
After a brief series of events that seems like an immediate ending to the game, with allies saying their goodbyes as their boss rockets into the sunset to the tune of Aerosmith’s “I Don’t Want to Miss a Thing,” the Saints end up in power with the Boss, you, becoming the President of the United States. Unfortunately for you however, players aren’t able to take advantage of their powers as Commander and Chief since an alien invasion has to bring the party to a close. 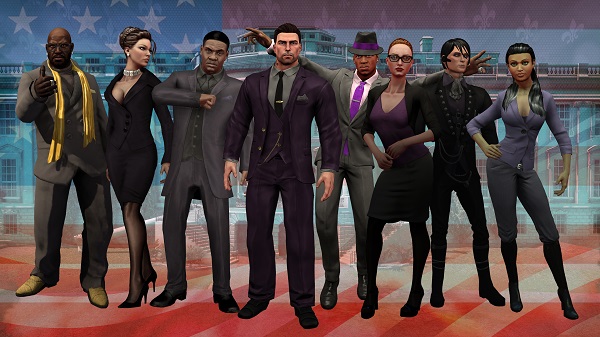 The Zin Empire with its leader Zinyak have come to take the best and the brightest that Earth has to offer, meaning that almost the entirety of the Saints crew is abducted by the aliens, including the Boss. Rather than force the Saints to perform some menial tasks or something similar, the Saints are placed in something so close to the Matrix that it isn’t even trying to hide it. The Boss and the rest of the members of his/her crew, or since he/she’s the president, cabinet, inside of a virtual reality world that is being controlled by Emperor Zinyak.

While clearly taken straight out of the Matrix, purple fluid filled pods and all, Saints Row IV takes this idea and makes it their own. Players must break free of their own simulation and then rescue their crew from other simulations which have been designed to be their own personal virtual Hell. Only once the player manages to get the whole gang back together can they take the fight back to Zinyak, and the main way to do this is to cause hell within the simulation and allow it to be hacked by Kinzie. 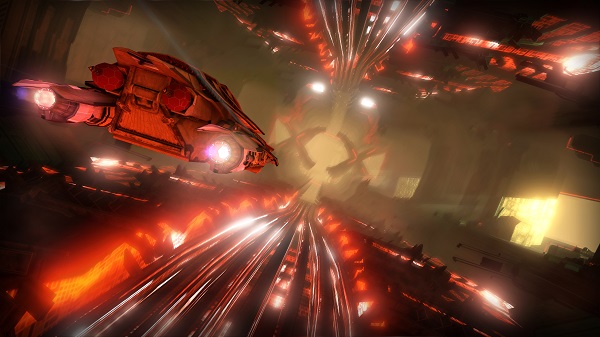 While it may sound very basic at its core, this is Saints Row we’re talking about here. Every story element is laced with references to other pieces of pop culture and so much comedy that it’ll be impossible not to laugh, even if you happen to be someone with no sense of humor.

Hell, even when playing the basic gameplay and exploration I don’t believe I went ten minutes straight without laughing at least once, and that doesn’t even take into account the various side missions you can go through which sees players take on special Loyalty missions for their crew members to tap into their potential, most of which can be so off the wall they are almost ludicrous, but in a good way.

Gameplay
Outside of their own personal simulation, Saints Row IV is very much the same game as before, however within the simulation there is so much gameplay to be found that it can be overwhelming at times thanks to the fact that there is a plethora of activities and over a thousand different collectables to be found in virtual Steelport. 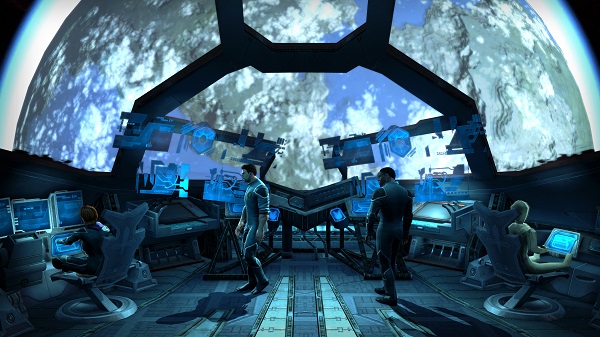 One of the biggest gameplay aspects added into Saints Row IV are the super powers that are unlocked as the player makes their way through the main storyline, with additional power-ups locked behind side-quests. Thanks to the way that super powers work in the game, it is hard not to make comparisons to other open world games that offer similar abilities, such as Prototype with wall-running and gliding and infamous with blast abilities. However comparing Saints Row IV to these games only scratches the surface.

Through the use of collectables, every ability that the player acquires, such as super sprint, super jump, telekinesis, ground stomps and the ability to throw elemental blasts can be upgraded and refined. To add to these enhancements, various skills can have element shifts, allowing players to throw lightning or freeze balls or stomp the ground and levitate enemies rather than send them flying. Basic navigational abilities can also be upgraded, with super sprint becoming so fast that cars are practically useless as you zip through the streets, possibly causing a tornado in your wake. 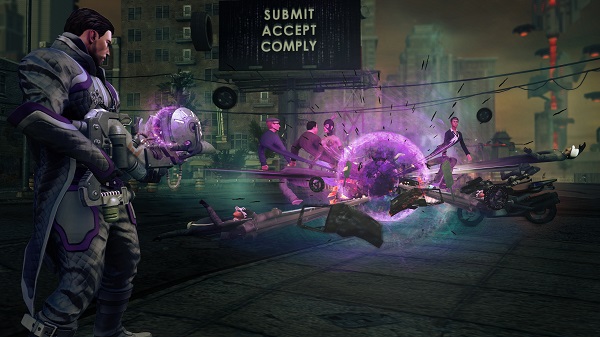 This is a good thing too, considering the fact that the entire simulation is open to the player right from the get-go. If players choose they can have cars or aircraft spawn with them already inside, run like a speeding bullet through the streets or up the sides of buildings, glide through the air and more, all making navigation through the streets an afterthought as you speed through the gorgeously designed virtual Steelport.

It is worth noting that there are no rival gangs to fight in the game, though they do make an appearance, and instead players will always be facing off against cops and the Zin. There are numerous types of Zin including a handful that wield special powers of their own, meaning that while the player may always seem to have the upper hand, it isn’t always the case. Of course when you have alien weapons such as a dubstep gun, a gun that shoots black holes and more it is difficult not to kill enemies in every way imaginable. 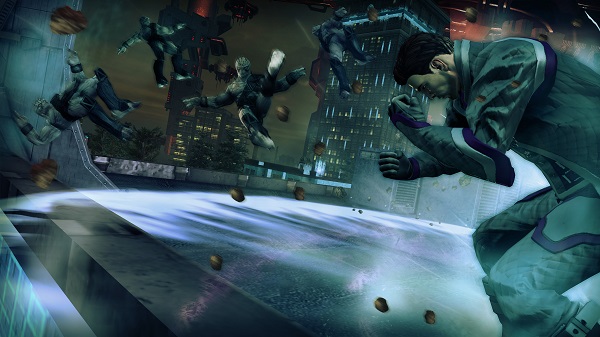 Outside of slaying enemies, there are numerous activities that can be performed, each of which has three award tiers in the form of bronze, silver and gold and these include races, super powered fight clubs and more. Also available are numerous targets where players can steal vehicles, eliminate security constructs, fight off waves of enemies to install a virus and much more. The amount of options available in the game are simply astounding, even for an open world title.

As I mentioned earlier, not every mission takes place in the Steelport simulation and outside of the simulation, players fight with basic skills, though they may still have access to numerous alien weapons. Also the gameplay itself might even be changed up as Volition changes things around when players rescue their crew. One mission may see you fighting in a 2D side-scroller, creeping through a level like Solid Snake or even play through a text based adventure.

Visuals
The majority of Saints Row IV takes place inside of simulations and Volition has actually managed to pull off quite a convincing virtual world. What at first may appear to be graphical issues are legitimate parts of the game, with walls shimmering, various citizens de-rezzing and pixelating and more. That isn’t to say that there aren’t legitimate problems as well though. Numerous times throughout the game my player ended up stuck in a wall or bridge, requiring a reload of the most recent save and there are some unplanned slowdowns when things get too hectic on screen. 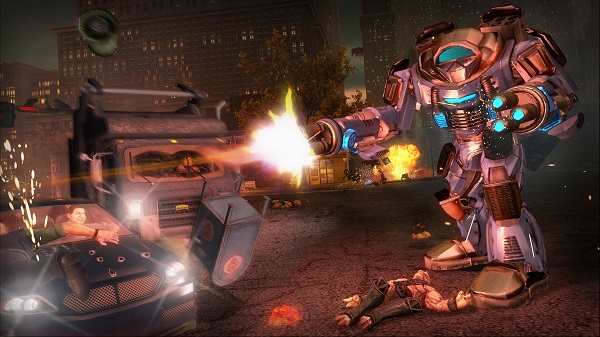 Outside of that however, virtual Steelport is quite breathtaking as everything has been decked out in small touches such as subliminal Zin advertising and posters saying to obey Zinyak. Player customization is as varied as ever, with numerous hair styles, body customizations and clothing options to choose from. Even weapons can now be customized with different skins where they will shoot out different looking bullets and make different sounds while fired. 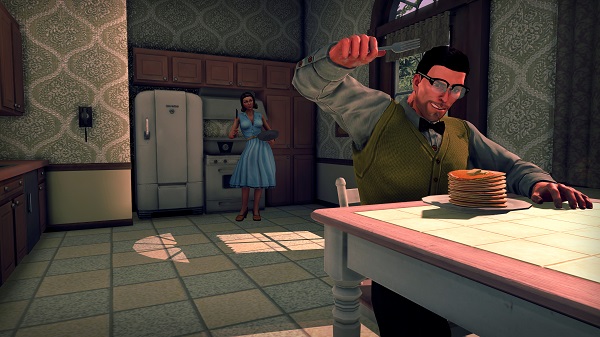 Overall
Saints Row IV has taken the anarchy that the series is known for, the super powers from numerous other open world titles and threw in more collectibles than you can shake a stick at all while managing to maintain the same over-the-top humor that makes Saints Row what it is. Minus some performance issues, Saints Row IV is easily one of the most enjoyable games you’ll have the pleasure of playing. Packing countless hours of content, tons of customization and refined gameplay which takes it over the limit, Saints Row IV is a must have, dubstep and all.