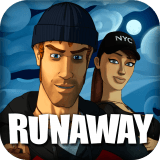 Runaway: A Twist of Fate Vol. 2 is the final part in the legendary Runaway series of point and click games. The game was split into two for iOS due to size limitations.

Runaway: A Twist of Fate starts with Brian Basco accused of the murder of Colonel Kordsmeier. Brian fakes his death to escape the Happy Dale Sanitarium and calls his girlfriend Gina Timmins to help him clear his name. Without spoiling the whole plot, Volume 1 left us after Gina and Gabbo’s daring escape from two assassins. Volume 2 provides a quick refresher of Volume 1’s events for those needing a quick recap of events. The game starts of explaining how Brian Basco actually managed to escape from the Happy Dale and finishes the tale of how Brian and Gina clear Brian’s name and catch the real murderer. 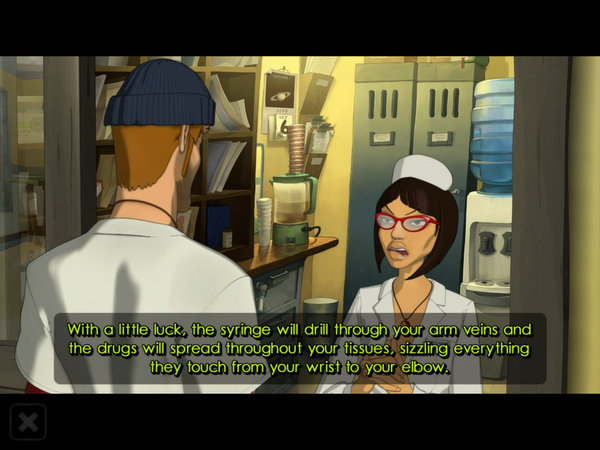 Volume 2 provides a satisfying conclusion to the story. I felt they ended Brian and Gina’s story on a very positive note. The game’s plot ties in nicely with the previous two games. For those who never played the two previous games, Pendulo manages to work in a recap of both games as part of the story. As a person who did not play the first two games, I found the climax of the game to be extremely jarring. A Twist of Fate stays solidly in the realm of reality for the first 3/4 of the game. The sudden jump to Runaway 2’s ending feels like science fiction was suddenly jammed into the plot of the game out of nowhere.  None the less, the writing remained extremely tight and witty. 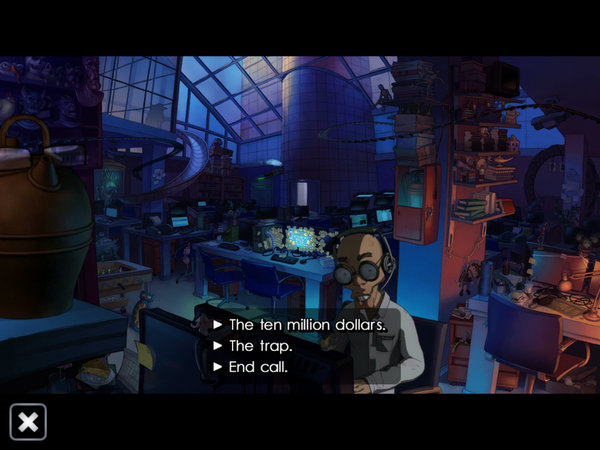 Runaway: A Twist of Fate Vol 2 continues with the classic Pendulo Studio layout for point and click adventure games. The character’s current inventory is displayed in a bar on the top of the screen. Items can be dragged around and dropped onto other items in the inventory and hot spots in the scene. The bottom of the screen contain buttons to highlight the hot spots in the scene, receive a hint, and access the options menu. The UI design is an excellent case of “if it ain’t broke, don’t fix it” mentality.

The difficulty of the puzzles in Runaway: A Twist of Fate Volume 2 manage to strike a good balance. Save for a few parts, the puzzles made logical sense. The nostalgic hint system returns with player’s “calling” the company tip line for advice. The system provided good hints most of the time with a few pieces of advice were simply too vague to be helpful. 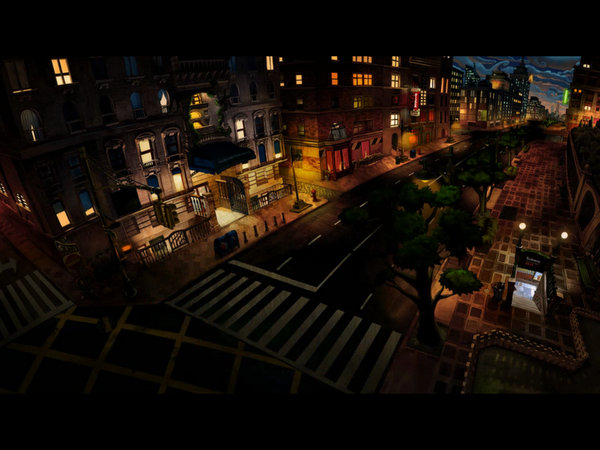 The game seemed to be extremely stable for the most part. I only encountered one major crash during Dr. Reset’s reset animation. It was impossible to skip the animation with the fast forward button without causing a crash. Thankfully, the animation is short enough that it was not too annoying.

Pendulo Studios continues their trademark visual style in Runaway: A Twist of Fate Vol 2. Colours are bold and characters are visually distinct. The scenes are detailed and are excellent to look at. There were a few minor visual glitches where parts of moving characters would be covered up by the background, but they are few and far apart. 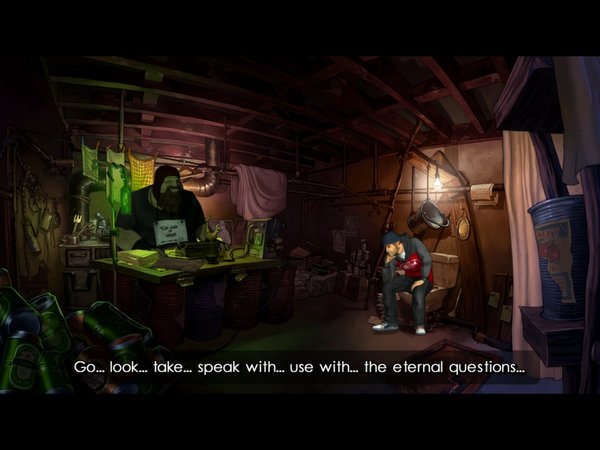 Headphones are highly recommended with Runaway: A Twist of Fate Vol. 2. The voice acting is spot on and should not be missed. The sound effects and music is light hearted and help build the game’s humorous atmosphere. I felt the soundtrack in Vol. 2 was actually stronger than the first part of the game, as it ventured into some excellent vocal work. 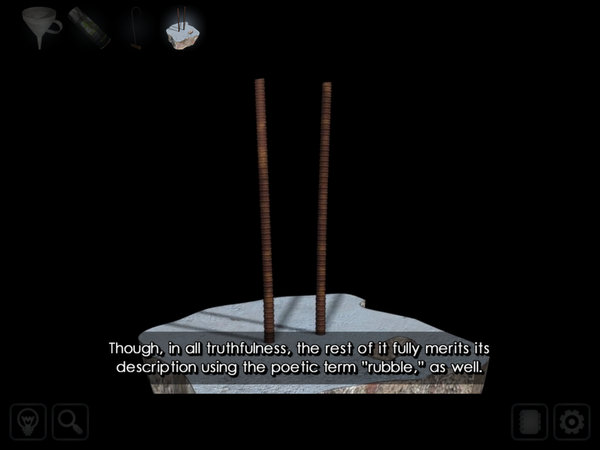 Runaway: A Twist of Fate Vol. 2 is an excellent conclusion to the Runaway series. As a gamer who has not played the first two games, I found the sudden addition of science fiction elements to the game to feel out of place. Vol. 2 fixes many of the crashes and bugs found in the first half of the game.  The audio and visual experience is very polished and the voice acting is spot on. Runaway: A Twist of Fate Vol. 2 is a fine example of high quality adventure gaming on the mobile devices.