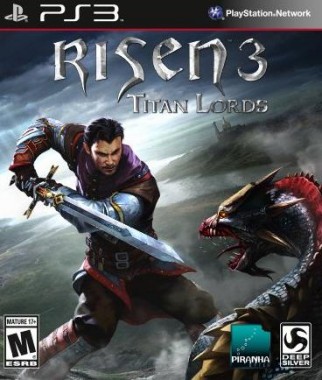 Overview
Risen has been a franchise that has been around for a good bit now, but has never been able to truly become a household name due to the series shortcomings. With each entry however, the name has attracted some fanfare and lead us to Risen 3: Titan Lords. This sequel has all of the ingredients for success and as the old saying goes, the third time is indeed a charm. While now showing its age and launching at the end of a console generation, does this title stand as Piranha Bytes masterpiece to remember, or did the ship sink long ago – only to leave behind a see full of potential? Let’s find out.

Story
The story in Risen 3: Titan Worlds spans around 25 hours, where the player takes up the role as a nameless pirate who is out to recover his soul after dark events occur. As quests unfold on your journey, you will encounter dubious factions that you must align with, while making some odd yet endearing friends with some of the richer personalities in the game, such as the very charismatic Bones and the rather dull Patty who in my opinion serves just to be a female voice for the journey. There are a ton of quests, NPCs, and so on, but I found it a bit hard to truly find myself in this world with the quests at hand, as frankly – the quests are never too interesting. 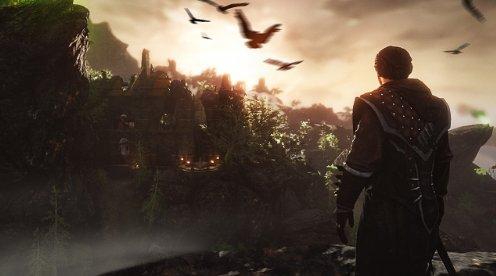 Sure, this title has atmosphere, or I would best put it as charm where the overall narrative seems to effect the mood over the entire island, but a lot of the game just is not memorable. No matter how far I seemed to progress, I rarely laughed or found myself overly excited with the events occurring within the game, as the quest list just seemed to be bogged down constantly with these tasks that seemed to accomplish nothing. The plot is an interesting one and yeah, its a ton of fun to encounter some of that Caribbean flare in a pirate’s life, but it can be easy to want to take a break from dealing with this world as it is a bit too much of the same over and over to deal with in long bursts – which is the same feeling I had from other Risen titles (and not exactly what I enjoy seeing in any RPG).

Gameplay
Plot aside, Risen 3 does have some fairly decent gameplay elements at work. Players can dodge, parry, and perform a wide array of magic attacks as the game rolls along, and the combat comes of as fluid and tight for most of the experience. I wasn’t blown away that I had to press a button to enter combat, as I would constantly go in and out of a fighting stance during a battle early on, but this is something you learn from and get better at as you progress forward. Sadly, it takes a good while to find enough trainers to customize yourself as even though almost every NPC seems to be a trainer where lessons can be obtained, I found myself rather frustrated as the world was a bit too cluttered with trainers that I just had no use for that the time of the first encounter. 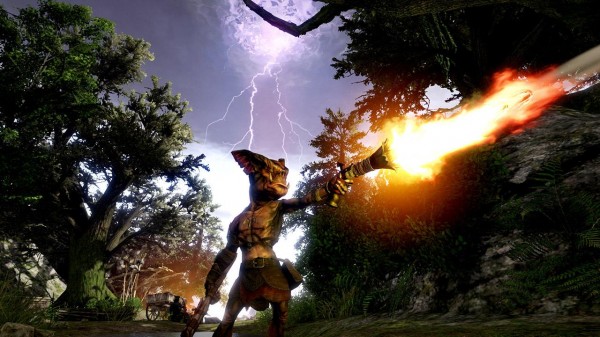 Glory is the definitive element of the game, allowing players to essentially level their stats. Think of it as a skill tree system, but a bit more advanced. While glory is obtained from almost everything in the game, players still must utilize the game’s economy system and trainers in order to perfect the class they are trying to level up. Those trainers I mentioned are important and while yes, they are unnecessarily scattered and of to great of a quantity, they still prove useful while obtaining new skills and spells to perform. It honestly takes hours before a person with a love of magic using can get to transform our hero into a full blown user, but the game also makes up for that with items like scrolls that give the player a bit of a temporary fix while they wait. 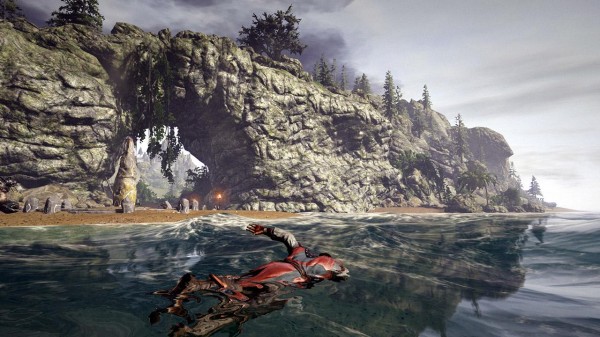 My biggest gripe with the combat is the dodging. This is a rather new thing for the Risen series, but seems to enhance the combat by making it tighter. That said, it also takes away a lot of that fine strategy that was needed to gain victory in previous games, which makes a simple technique more of a double edge sword this go-around. Ship combat, while honestly a rare sight, was probably the most polished element of the game that was not present enough. Players can take on sea monsters with these moments and finally get a chance to test their ship over rough waters in a truly fun little event. You can also battle opposing ships, but most of this takes place in a cutscene and just leads to more hand to hand combat on the vessel itself. Its almost as if the development team were afraid to take away from the core system as to why these sea battles don’t occur more, but hopefully if there is future installments, we can have a greater emphasis on them. 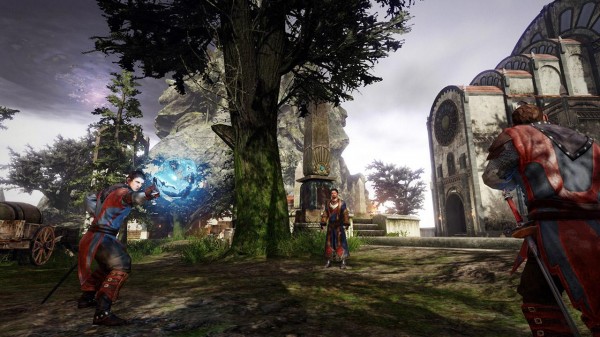 Those who love exploration will be happy to know that this open world is full of a large variation of fauna, enemy types (such as wild animals and mages), and towns filled with vocal NPCs. It can be a joy to see a new journey to a different location is set to unfold, even if the combat or narrative never feels as inviting as the environments themselves. This also may something exclusive to the Playstation 3 version of the game I reviewed, but Titan Lords has quite a few bugs as well. I know, its an open world game on the PS3, we should be used to this as even Bethesda have issues, but it can be aggravating when the player discovers that most of these issues are with the combat itself and can cause a loss and anger when doing something as important as a horde or boss battle.

Visuals & Audio
I’ll be honest. When I first turned on Risen 3, I was unimpressed with the visuals. Models appear as rough and jagged, and some screen tearing during cutscenes as well as wonky animations will instantly pull you out of the game quickly upon starting. That said, the more you go forward, the better it all becomes. The developers put a high emphasis on making a colorful world and even though it is imperfect, the many locations all feel different from the next and are as mentioned, a joy to explore. Sure, its a dated world, but still charming and visually delightful due to how much detail that was applied overall. 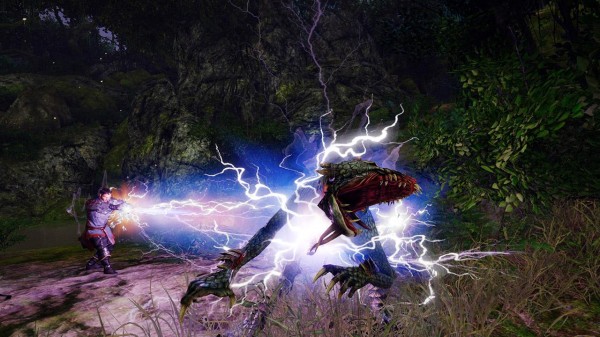 The voice acting from the main protagonist is rather bad. I know, this isn’t a big deal, but considering he is supposed to represent the player, well – yeah, those one-liner dialogue choices get cheesey, old, and cringeworthy rather fast. The support cast however are much improved over the main though, and while there isn’t a ton of memorable faces, we do have some distinct personalities running a muck throughout the experience. As far as the soundtrack goes, the tunes within definitely fit well with the pirate theme presented, but quickly fade into the background and like the cast, never do that much to improve the overall world you’re exploring.

Overall
Risen 3: Titan Lords is not a bad game. In fact, it is a competent RPG that will deliver hours of entertainment for those with enough patience to look past its flaws. It does however fall into that same void that the console Divinity titles, as well as Two Worlds II, and others of the same genre got lost in. Sure, we have a lot of potential, but Titan Lords spends so much time trying to be unique that it forgets how to capture the player and make them feel like they’re a part of this interesting little universe. Glitches and blandness aside, its good to see this series still standing and hopefully, we will see Risen continue to rise during the next generation.