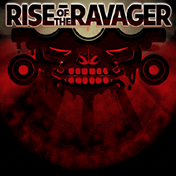 Gentleman Squid Studio’s Rise of the Ravager is pretty simple in its design. You have a base which needs protecting along the bottom of the screen, and the objective of the game is to shoot down anything that attempts to attack this base. Despite this simplicity by some of the later stages you’ll find walls of enemies raining down at you forcing you into a blind panic, becoming flustered as you struggle to choose how to take them on. The game has been heavily compared to Guitar Hero, and initially I was sceptical at best into how this would be the case. However, after playing the game I now see the similarities in gameplay as well as in the frustration, as well as the relief after completing a tricky level, that can come with both these titles.  Rise of the Ravager is a compelling game, one which will keep the player engaged and interested throughout despite its simple click this button to kill this enemy mechanic, and one which will be thoroughly enjoyed by many. 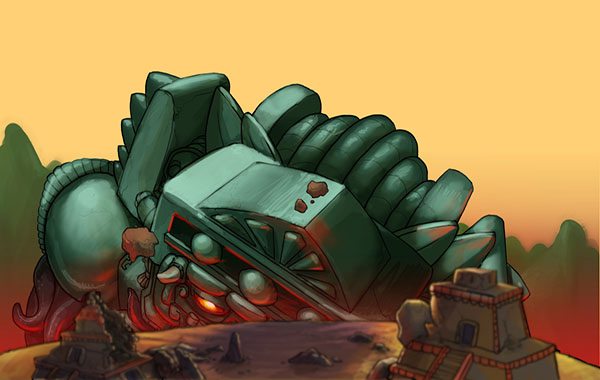 Rise of the Ravager is set in some unknown period of time on the brink of a potentially catastrophic event. The Ravager, an ancient god, seeks to come alive once more, the bad news is that he’d pretty much wipe out all life if he were to awaken. The player must prevent his revival by destroying his minions and avatars protective as they descend from on high onto your base, and to seek favour from the Old Ones. If the monsters manage to break through the shield and hit the base, then the Ravager will break free and thus wreak havoc among the planet. 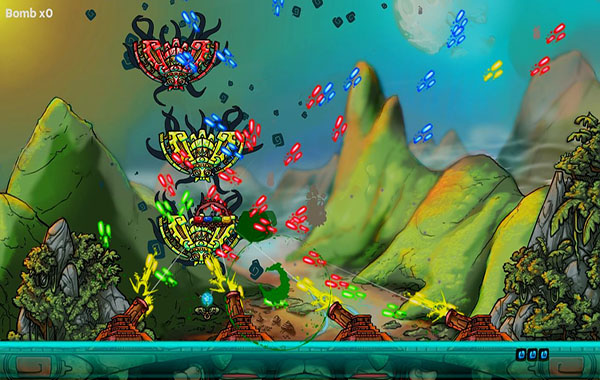 The game is simple in nature. The player has one stationary turret to deal with the threats that are raining down on you, and you have to shoot them down with a shot of the same colour as the enemy. This is done by clicking the correct button which corresponds to the correct colour bullets you fire, to hit the correct coloured enemy. If you miss an enemy and they reach your base, the first hit will make your shield go down, and any further hits will do damage to the base, If more than three hits are taken without the shield then that’s game over.

The game starts you off with one or two colours that need to be fired, but soon you’ll be having to manage all 4 colours. Aside from the first few levels, the game is actually quite difficult. The game is designed around putting the player outside of their comfort zone, you never quite feel comfortable with the amount of enemies attacking you and this can lead to panic and silly mistakes. The levels also last just a tad more than is comfortable for the level of focus required as well, but all this adds up to the sense of elation after completing a level where you have been on edge and fully focused for what seems like a lifetime. 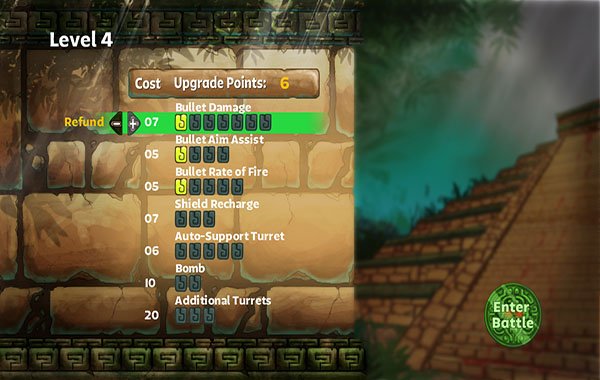 The game comes with an excellent upgrade system for your weapons and shields, and it’s key that you utilise it differently for varying stages throughout the game. The player is able to increase things such as damage, firing rate and shield regeneration or increasing aim assist on the turret. As the levels change some upgrades become more useful than others, and in other games this could leave the player hindered by their previous choices. However, unlike most games the upgrades you choose don’t get locked in, but Rise of the Ravager will let you take away any upgrade you have made, and repossess the skill points these costs, and then the player is free to redistribute these in any way they please. This is vital as upgrades which were useful at the beginning of the game weren’t useful towards the end, a very welcome addition to the game, and one which makes its tough difficulty a bit easier to handle.

The visuals are simple and clear, making the game very easy to enjoy. Rise of the Ravager uses an Inca theme throughout, and one that is inherent in everything from the the design of the enemies you are trying to shoot down to the backing music. Enemies at the start look like Inca masks, but the different type of enemies become more varied as the game progresses, other enemies look like animals or odd creatures and each of these move in different ways. The clear art design helps the player to pick out which enemy it is that is coming towards you and enables quick reactions in order to be able to deal quickly and efficiently with enemies as soon as they come into view. 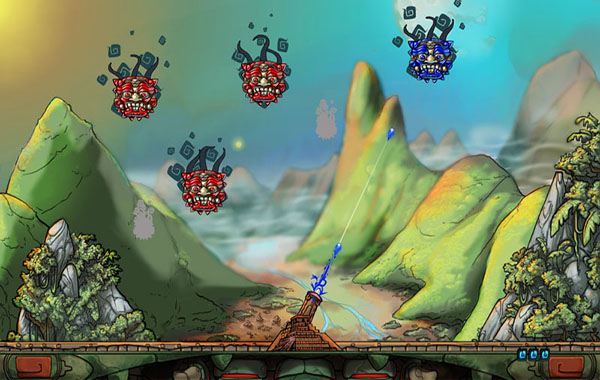 The backgrounds on which the action takes place is also nice and simple, and doesn’t distract from the main task of the game, although if there was one complaint about these it would be that there could possibly be a bit more variation to these backgrounds. Overall the visuals on the game are not flashy or over the top, and nor do they pretend to be. They don’t distract from the gameplay, but at the same time are sharp and colourful enough not to be dull or a hindrance to the overall feel of the game.

There isn’t much to say about the sound track which is mainly tribal sounding drums, apart from the fact that it is oddly hypnotic and manages to fit nicely with the Inca theme the game is going for. It was repetitive for sure, but in a way this sort of helped to keep in the zone while attempting to shoot down the enemies raining down at me, but again this wasn’t a hindrance to the game and like the gameplay was simple in its implementation. If the sound bothers you that much and you are looking for a more upbeat sound track, then simply play your own music to get yourself pumped up to save the world! 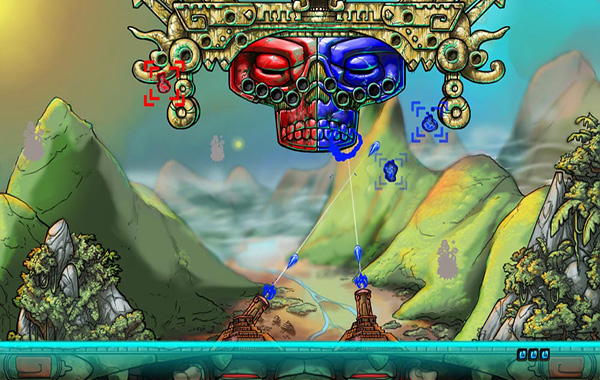 Rise of the Ravager needs your full concentration and skill of reflexes at all times. The game keeps you completely engaged throughout and not once did I become bored while playing this game. The player is never far away from a lapse in concentration and letting the Ravager escaping, and thus being game over, although very simple in nature but you cant help to get addicted. In a way Rise of the Ravager is like a pushy parent, putting you just beyond your comfort zone in each level in an attempt to make you up your game and become better. I can’t emphasise enough how such a simple game is made so effective, engaging and enjoyable. The comparisons to Guitar Hero are definitely warranted, but Rise of the Ravager is an excellent game in its own right, and well worth picking up for the price.