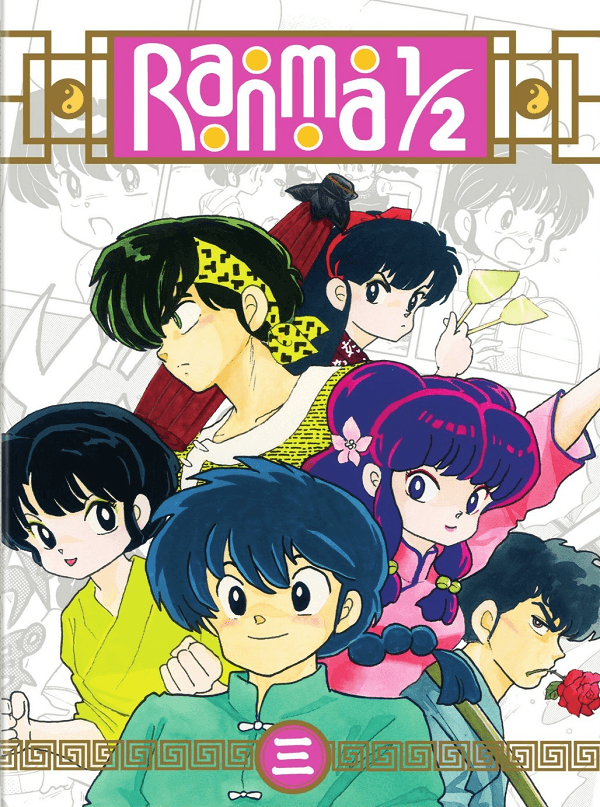 Overview
Long running series tend to have issues generating interesting content at a steady pace. Usually these series either drag out a very long story arc or begin to use single story episodes to try and find something that fans will enjoy. Many of these series have a big enough fanbase that they can get away with this technique without too much of a problem as fans generally are more interested in the characters and their interactions at this point. With Ranma ½ Set 3 bringing episodes forty seven through sixty nine out in one collection, will the series continue going strong?

Story
At this point in the series Ranma ½ begins to feel like it has settled into a coasting pace with a focus centered on comedy and strange situations more than anything else. Whereas the last set saw not only the introduction of more cursed characters in Mousse and the reveal that Shampoo is also cursed by the Jusenkyo springs, it also introduced Shampoo’s grandmother Cologne who served as not only an opponent for Ranma to conquer but also as a teacher, a new girl in his life in the form of Ukyo, and the perverted master Happosai to constantly cause trouble. 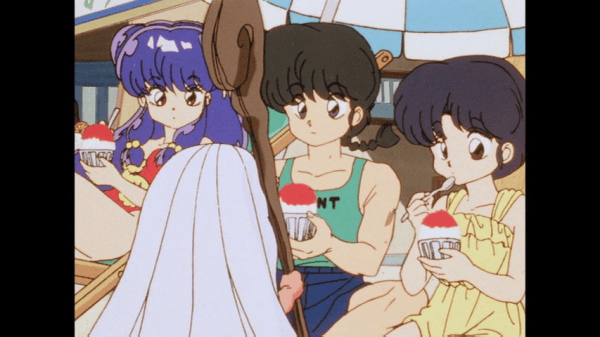 Unlike Set 2, this set instead focuses more on simple one-off episodes that generally revolve around the Tendo Dojo and the various characters already introduced. While this change does give some reoccurring characters a bit more time in the spotlight, the characters that are highlighted are unfortunately the ones we’ve seen plenty of at this point.

Despite being the most recent character to be added into the series in this set of episodes, Ukyo is barely present in Set 3 and only one episode is actually focused on expanding her character. This is disappointing and is also something of a running trend in some of the episodes found in Set 3 as a number of recently introduced characters are side-lined for episodes at a time in an effort to introduce more random one-off characters. 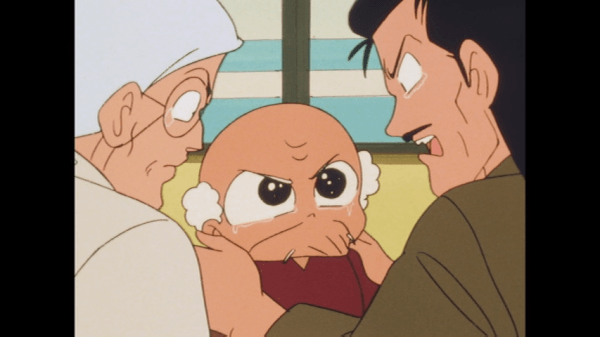 On the other hand, the antics of Happosai begin to run rampant throughout Set 3 as not only are many episodes spent focused on Ranma and the group trying to put a stop to Happosai’s latest perverted schemes, nearly every episode includes his perverse nature in some form, whether it is stealing underwear, assaulting Ranma’s female form, or something similar. While many of the characters in Ranma ½ can be considered one-note, Happosai’s tendencies are more annoying than they are amusing.

Although Happosai tends to drag the series down more than he elevates it, there are still a number of great episodes found within Set 3 and even the introduction of at least one new character in the form of the Furinkan High School’s Principle. After returning from Hawaii, the Principle injects some extra life into the series by becoming a new enemy for Ranma and the rest of the school thanks to his draconian policies regarding student hair styles. It also helps that the final few episodes in this set include a three episode story-arc involving Ranma being weakened to the point that even opponents he’s brushed off in the past can overpower him and watching him try to overcome this limitation with the help of his friends is one of the best parts of the set. 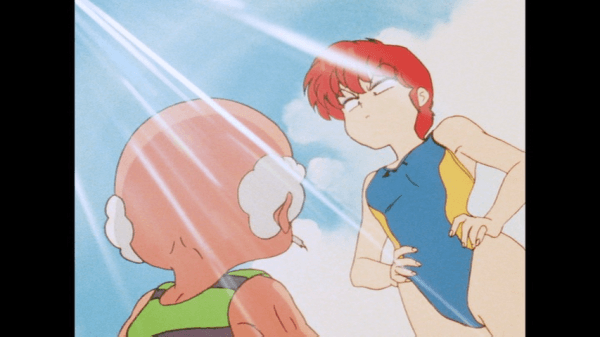 Despite being all over the place, Ranma ½ Set 3 still manages to deliver a somewhat satisfying experience thanks to the constant flow of humor and strange situations that Ranma and the group find themselves in. Whether it involves the Jusenkyo security force pursuing them thanks to misuse of their transformation powers, love pills on a beach, Ranma embracing his feminine side, a battle over soap, and even time traveling mirrors, there is plenty to still enjoy here. Unfortunately thanks to the way things are handled, it just doesn’t blend together quite as well as the past sets.

Visuals
As I mentioned earlier, longer series tend to hit a certain groove with their story telling and the same can be said about the studio animating the series. Unfortunately thanks to this being a fair bit into the series at this point, it is clear that the animators started to fall into a rut of some sort as the drawing quality has noticeably dropped over the course of Set 3. While this isn’t an issue with Viz’s handling of the series, there are numerous shortcuts used to produce some of these episodes. 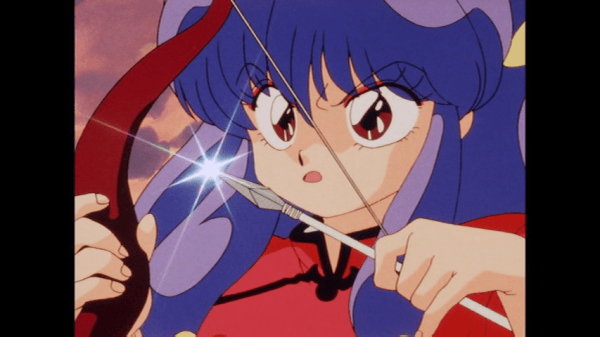 Everything from strange proportions to unintentionally odd shaped character faces that have long been established become issues as the episodes role by. There are even a few notable issues where even the main characters are drawn even worse than simple background characters. That being said, the quality does seem to fluctuate back to normal every so often and look spectacular at times, but this only seems to occur during episodes that focus on developing a character or advancing the story in some way.

Audio
In the first set of Ranma ½ the female Ranma saw a change of voice actress within the first few episodes and now in Set 3 we have a change in the male form Ranma’s voice actor. In episode 64 of the series male Ranma’s voice actor changes from Sarah Strange to Ian Cox, who performs the character almost exactly like he does Inuyasha. This change is very noticeable at first due to how different the two voice actors sound from one another, but viewers will likely get used to it. Though it is worth noting that thanks to the way that the original episodes were released, the episode 69 in this set actually reverts back to Sarah Strange as it originally was placed earlier in the series. 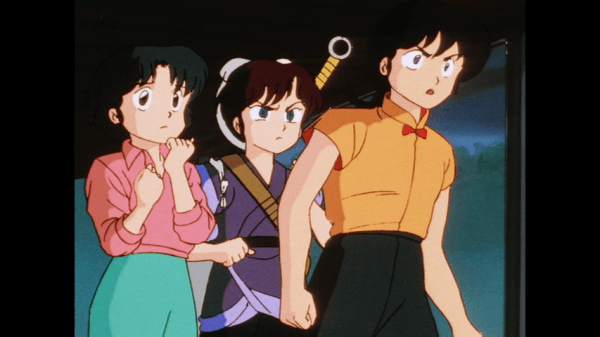 The background music throughout Ranma ½ remains strong as it makes use of various instrumental themes that have been used over the course of the series to satisfying effect. As for the opening and ending themes, this set features two different themes in the forms of “Omoide ga Ippai” by CoCo and “No Way! Part 2” by Yoshi Hayasaka as the opening themes while the ending themes “Lambada Ranma” and for the first time in the English dub, “Present” by Tokyo Shounen is used.

Extras
This DVD release of Ranma ½ Set 3 comes in a slipcase while the on-disc special features are very basic, offering only a clean version of both opening and both ending themes featured in these episodes as well as trailers for other Viz Media releases.

Overall
While Ramna ½ may start to struggle with some of the issues that plague longer series, it still manages to pull itself together to offer an enjoyable experience in Set 3. Although the art quality drops quite often and the one-off episodes can be off-putting, the humor and likability of most of the cast makes even the simplest episodes alright and many of them quite enjoyable. Despite stumbling a bit this time around, Ranma ½ Set 3 continues to successfully give fans of the series what they want, plenty of strange action and humor centered on Ranma and those close to him.