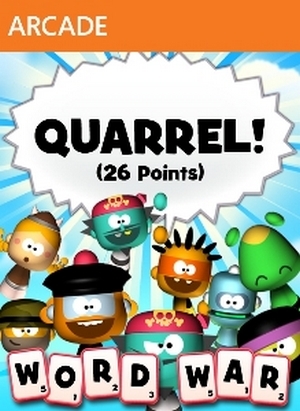 You know when you’re at a party, and there are always the really loud douchebags that demand your attention?

In the gaming world, we call them Modern Warfare, Assassin’s Creed and Elder Scrolls. And yeah, they’re good fun, but you can’t spend the whole party talking to them. Not enough people go talk to the quiet ones in the corner, who slipped in unnoticed amongst the big loud ones. They may not be so vocal about getting your attention, but that’s not to say they don’t deserve it.

Quarrel is one game that I would have missed had MasterAbbott not introduced me. It’s a very unique word puzzle game, blending an unlikely partnership out of mechanics from two popular board games: Scrabble and Risk.

So how can those two very different games be combined into a coherent whole? 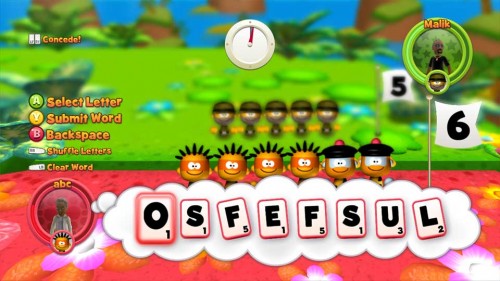 Let me say straight up – Quarrel won’t be for everyone. If you’re not particularly good with words, or just don’t enjoy anagrams, there’s not really anything for you here.

But if you love a good game of Scrabble, or continually pester people for rounds of Words With Friends, then you’ll find Quarrel to be a fantastic expansion on the genre.

A standard match takes place between two and four people, with players battling each other with their word power, in order to take over territories. It sounds weird, but it actually works pretty well.

The territories of the battlefield are divvied up between players, and a certain number of troops are assigned to each territory. On a player’s turn, they can attack an adjacent enemy-controlled territory, and their chances of victory will vary according to the ratio of defending and attacking troops. It’s all very reminiscent of Risk. 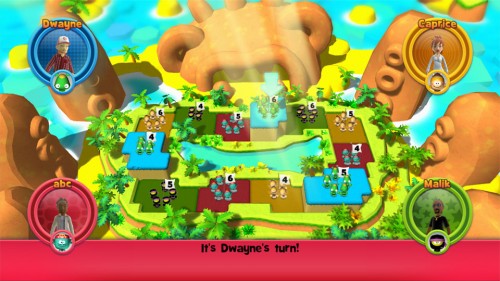 The combat however, plays like Scrabble or Words With Friends. You and your opponent are given the same eight letters, each with a value attached, and are tasked with making the highest-scoring word out of them. The catch is, the length of the word you can make is based on the number of troops you have in that territory. So if you use a territory with five troops to attack a territory where an opponent has four troops, you can only make words up to five letters long, while they can only use four.

Your words are compared, and the highest score wins. In the case of a tie, the win goes to whoever was fastest.

If you outword the opponent, you send your troops into the newly-claimed land, leaving one behind to guard the previous area. If there’s another territory bordering the new one, you can launch another attack, and keep doing so until you lose a battle or decide to hold your ground. 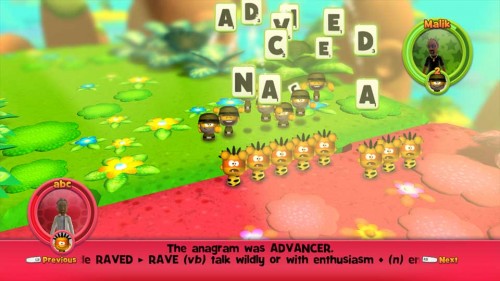 If you lose a battle, you’ll be sent crying back to your own land with one troop left. But here’s the clincher: if you attack with more troops than the opponent, and lose, they will take some of your guys as prisoners, equal to the difference between your troops in the battle. So, say you send seven guys against an enemy’s four, and you lose, three of yours will defect to their team, effectively strengthening the defences of the land you were attacking.

Once you’ve decided to stand your ground, you can move troops between your neighbouring territories, and when you finally pass to the next person, you receive reinforcements in all of your held territories.

All up, it means you need to be good at both sets of strategies to succeed. Your prowess in the general strategies of Risk won’t get you far if you can’t handle anagrams. Having a seven-letter territory attack a two-letter territory may drastically increase your chances of victory, but won’t guarantee it. All the letters in the world won’t help you if you can’t make a word fast enough.

Inversely, maybe you can anagram like crazy, but don’t get too cocky. Try to attack too many in a single turn, and you’ll make the fatal Risk mistake of spreading yourself too thin, making it easy for opponents to come in and clean you up. 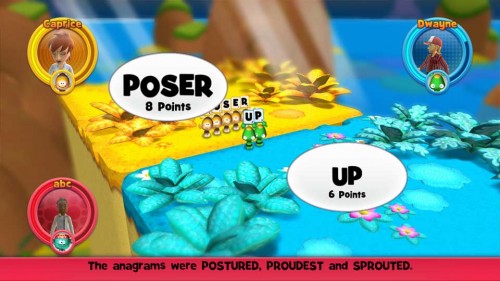 The game combines two sets of mechanics exceedingly well, and even fixes built-in issues in clever ways. One problem with Scrabble – and by extension, Words With Friends – is that often you’ll be lumped with something like four A’s, two L’s and a Q.  Those letters aren’t gonna help you, and you can only rid yourself of them slowly. Quarrel gives you a new set of letters each battle, and ensures that each set can always form an eight-letter word, meaning there are always plenty of possible words, regardless of how many slots you have. Make an eight-letter word, and you receive an extra troop, which can be saved up and called into any battle you need help with.

It also removes the traditional luck elements of strategy game combat: rather than a roll of the dice determining the victor, Quarrel ensures combat is skill-based, so having more troops is an advantage, but not an automatic duel-winner.

There isn’t much variation in how the game modes play, but it’s still good fun. Unfortunately, I didn’t get a chance to try it online, and it doesn’t offer local multiplayer. I can imagine that if you have fellow wordsmiths for friends, or  find someone around your own skill level via the random match-maker, it could be damn fun.

Sadly, playing against AI can feel unfair. I mean, how can our measly human vocabularies compete with a computer? You’ll often be bested by words you’ve never heard of, especially against tougher AI. Thankfully, there’s the welcome addition of having the definition of words scroll across the bottom, to silence cries of “But that’s not a word!”

Anyway, nothing balances a competition like human players, and although it’s understandable that you can’t have multiple players on one screen, same-room multiplayer is sorely missed. If you’ve got an iPhone or iPad, it might be better to get the iOS version for the multiplayer. 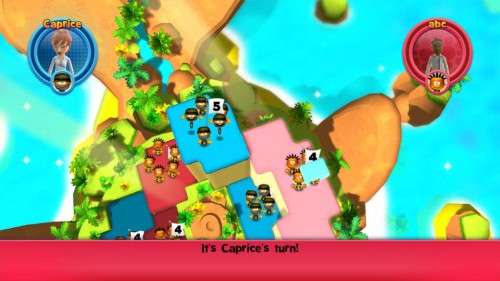 Quarrel is wrapped in a neat little aesthetic bundle, with colourful graphics and cheerful music. In fact, it’s almost too colourful and cheerful.

The visuals are a little sickly-sweet, conjuring questions of who this is intended for. Kids? They won’t last five minutes against some of that AI’s brutal tendencies. But the diabetes-inducing sugary sweetness of it all might put off some of the more self-respecting wordplay lovers.

I actually quite like the characters though – their simple designs are distinct, yet they all have a theme. Sometimes your troops will be pirates, others they might be cavemen, ninjas, soldiers, robots, Vikings, or aliens, but they’re all based on the same big-headed character model.

The music melts into the background for the most part, although you will be subconsciously humming it later. The musical stings highlight key moments, such as when presenting your words, crushing (or being crushed by) your opponents, which all add a lot of drama to proceedings. 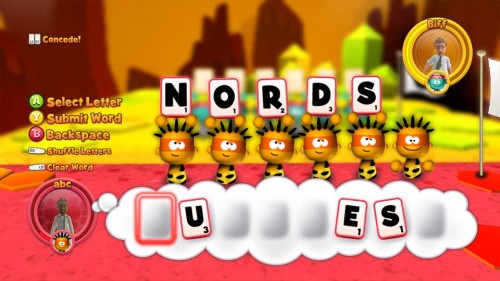 It wouldn’t take much to decide if you’d like Quarrel: essentially, if you love word games, and are tired of Words With Friends, this is a great next step.

Quarrel is fairly niche, but for those in that niche, it’s a Godsent game, albeit one that may be more cumbersome to play with friends over XBLA. It does an excellent job of honing the key mechanics of similar games, while expanding into a larger meta-game for why you’re playing with anagrams.

Oh, and did I mention it’s damn cheap? Five dollars for either the XBLA or iOS version makes it impossible for English language aficionados to pass up. Let yourself move beyond the sugary sweetness of its presentation and enjoy it for what it offers.