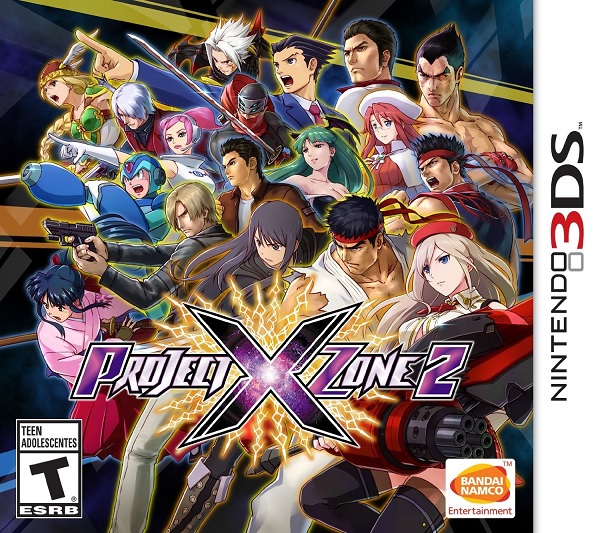 Overview
There was once a time that large scale cross-over titles would have had zero chance of being released in the West. Between the possible struggles with licenses and the risk of localizing such a title, many cross-overs never left Japan. That is a concept that has changed rapidly over the years but even then few thought that the Bandai Namco, Sega, Capcom crossover strategy RPG Project X Zone would have a chance in the West. In 2013 that all changed of course and it seems that the title was successful enough to warrant Project X Zone 2 being released in English as well. The question is, does this second title keep the same charms found in the original?

Story
Forgoing the introduction of two brand new characters to base the story around, Project X Zone 2 kicks things off with Xiaomu and Reiji Arisu, two staple characters that have been appearing in Namco’s crossover games. The story in this title picks up after the events of the first game in the series and thanks to the various time-lines and dimensions that are merged, ranges everywhere from three years to only two weeks before the start of Project X Zone 2’s storyline. 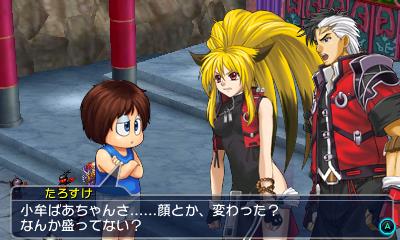 Unlike last time, strange golden chains have appeared in a number of dimensions and spanning the aforementioned time-lines with portals appearing in these worlds. Xiaomu and Reiji are first ordered by Shinra to meet up with the BSAA members they have worked with in the past, Chris Redfield and Jill Valentine, in order to investigate these chains. Before the pair have a chance to meet up they begin a fight against strange creatures and from then on we see pairs and trios of characters spanning from many of Namco, Capcom, and Sega’s many franchises come together to create an over the top cross-over RPG as they attempt to take down Ouma and put a stop to the strange phenomenon once more.

While the main storyline does offer some interesting developments throughout the course of this easily over fifty hour title, with plenty of twists and unfortunately slow pacing, the main pull in Project X Zone 2 is seeing all of your favorite characters entering a world where they are all interacting with one another. The characters in Project X Zone 2 are a mix of mostly old returning characters and a handful of new ones stepping into the cross-over for the first time. A few of the returning fighters are paired up with a new ally and there are even a couple from a certain strategy RPG Nintendo franchise mixed in here. 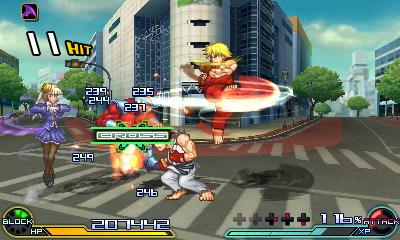 As mentioned, the story does offer a slow but enjoyable experience with a few side-stories being mixed into the core storyline but what helps make this story enjoyable is the translation team and the character interactions. The amount of referential humor in this title is off the charts with pop-culture references and mentions of other video games while also having characters make jokes about other characters they run across as the translation team has fully embraced the way many people see such huge cross-over titles. This helps provide every character with a memorable voice as they come to grips with their current situation and considering the massive amount of characters available here, this is an amazing feat and one that is sure to be a delight for longtime gamers.

Gameplay
The storyline for this game is told over chapters and stages that allow the player to finish a fight, strengthen, equip, and train during an intermission before continuing into the next mission. These fights are then of course mixed up with dialogue at the beginning, usually an event that occurs during a fight that often sees a new group of enemies or allies jump into the fray, and then dialogue after the mission has been cleared. 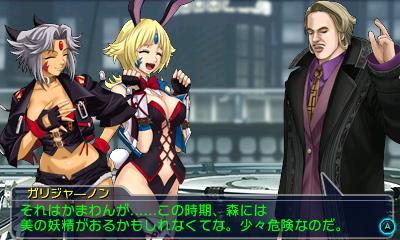 This system doesn’t always work out to the favor of the game’s combat system however as this does mean that there will be a bit of trial and error here. Some mission win and loss factors usually will either play very little role in a fight outside of simply defeating every enemy but occasionally there will be one that may fail you if you’ve either prepared poorly for the battle or simply have your characters in a bad spot when the next round of enemies come from the mid-fight event and wreck them.

This isn’t too much of an issue however as Project X Zone 2’s strategy RPG style is still as easy to handle as before. Fights take place on a grid map where the player can move and attack with all of their characters in a turn before the enemy gets to move and do the same. Attacks from behind an enemy will deal more damage and being next to an ally can allow them to provide assistance. When attacking an enemy the game will slip into a 2D stage where the chosen pair, usually teamed up with a third fighter as a solo member, can attack for a total of three times during their turn with these attacks ranging from standard to well-animated screen filling special attacks capable of dealing massive amounts of damage when their XP bar is over 100%. 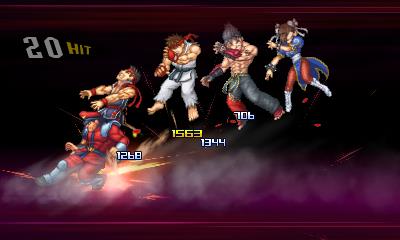 Similar to the previous title, Cross Hits which are pulled off when the pair of fighters strike at the same time as the third unit and temporarily lock the enemy into place to allow for an easier beat down since the timing of combos is essential here. This does change things up a bit from the original game however as the sequel here requires proper timing or else you may end up locking your opponent out of range from your next attack, resulting in some missed attacks.

Various other mechanics have been added such as the ability to no longer use all of your XP (used for the aforementioned specials and “Mirage Cancels”) while trying to defend from enemy attacks. Instead SP can be used to either defend or counter attack though those who wish to avoid all damage will need to sacrifice some of their XP meter. As for the aforementioned Mirage Cancels, they allow players to cancel their current combo and launch an extra attack with precision at the cost of a 100 XP, something which is unfortunately a waste as it rarely will benefit more than simply using a special attack. 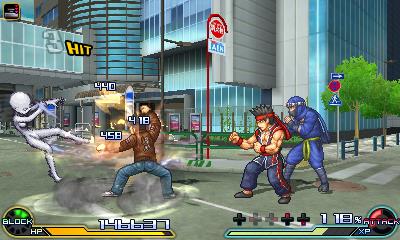 Finally there are some extra details regarding what certain attacks will do when used, as in whether they have a chance at causing various status effects or can break through an enemy shield. When combined with the ability to wait out a turn in order to achieve a “Charge Bonus” that, when not attacking for a turn, provides that unit with more damaging attacks the next time they go after an enemy. If most of this sounds fairly familiar is because the basic combat system has simply been refined from what was offered in the first game while adding in a few new hit and miss mechanics.

Visuals & Audio
Although there are a massive amount of characters that have a wide-range of art styles, Monolith has managed to transfer all of their unique features into a matching art style that works well. With decent looking sprite-work during the movement sequences, impressive attacks and even better looking special attacks that feature nicely detailed artwork of the fighter performing said attack, and the character portraits during dialogue matching the original feel of the characters this remains a fairly impressive looking title even if some of the returning characters appear to look the same as they did in the original title. 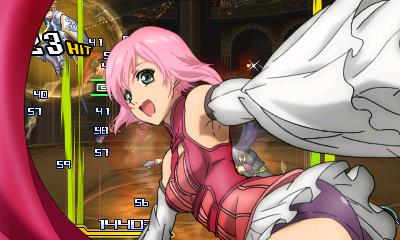 As far as the voice work goes, Bandai Namco opted to release the title with only Japanese voice work and English subtitles. This is likely for the best as a few of these characters have never even appeared in the West before and many are likely already familiar with the Japanese voice work for some of the other fighters. The soundtrack for the title also works quite well with a number of original themes and remixed tracks from a number of games working their wonders on keeping the various stages feeling fresh.

Overall
Monolith Software took what worked and have made sure that although Project X Zone 2 may still feel incredibly similar to the original game it offers an incredibly experience for those who are fans of strategy RPGs and want to experience a game that isn’t afraid to be enjoyable humor with some spectacular looking combat that, while relatively easy, is supported by how well the character interactions and story play out over the course of what is an occasionally slow but worthwhile sequel.
Capsule Computers review guidelines can be found here.