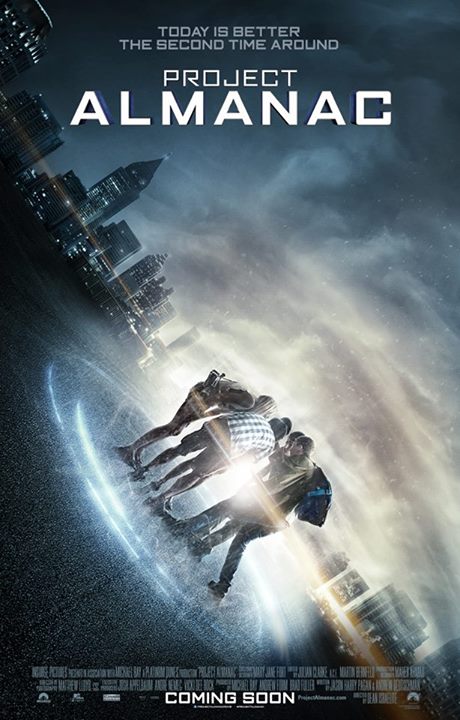 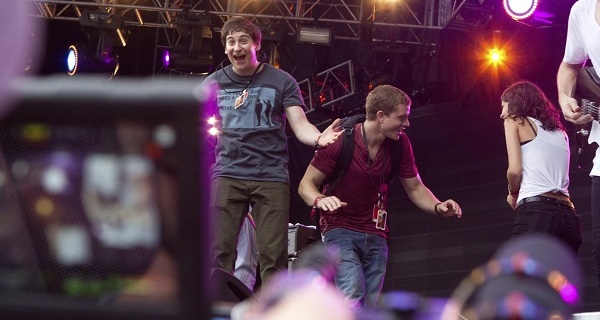 When you’re growing up, it’s common to have fantasies about having powers which would allow you to have an advantage over your peers. For myself, I was always interested in being able to relive specific moments and change them in hindsight through some manner of time travel. Tapping in to these fantasies and exploring the possible consequences is a popular trope within sci-fi and can be found in a lot of the genre. Recent films like Chronicle engaged in a similar exploration of a teenage power fantasy. It is in this context that I explored whether Project Almanac can tap into the same teenage fantasies. 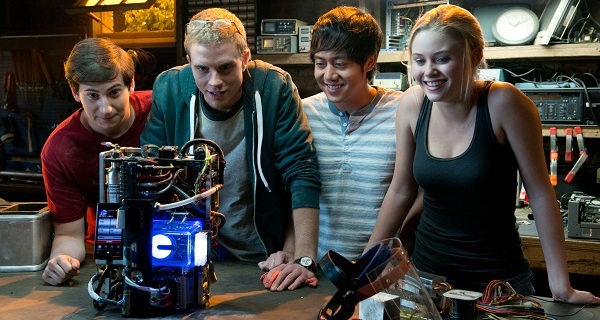 The narrative follows David Raskin (Jonny Weston) as his friends and his sister help him with his application to study at MIT. His attempt is successful, but his application for a scholarship to cover his tuition fees is not. His unemployed mother is forced to sell their home and so David turns to investigating his deceased scientist father’s work to find if there is anything he could use to obtain a bigger scholarship. While searching through his attic, he finds a video recorder which appears to show footage of the present day David attending his own 7th birthday. Further investigation of his father’s basement leads to him and his friends finding a device which allows them to travel through time. Understandably, playing with the timeline leads to unexpected complications which David and his friends need to resolve.

From the outset we see that David and his friends are quite intelligent and practical. The film takes great pains in trying to establish the role that these protagonists have in highschool as being at the bottom of the social hierarchy. They are nerds, through and through. This does work to set up their actions when they finally acquire the power of time travel as they go back to pass exams, get revenge on bullies, and win the popularity of their cohort. This is the awesome concept which the trailers for this film so eagerly suggest: what happens when teenagers get their hands on a time travel device and mess with causality? It’s unfortunate then that this concept is only explored in a very shallow and heavy-handed manner. 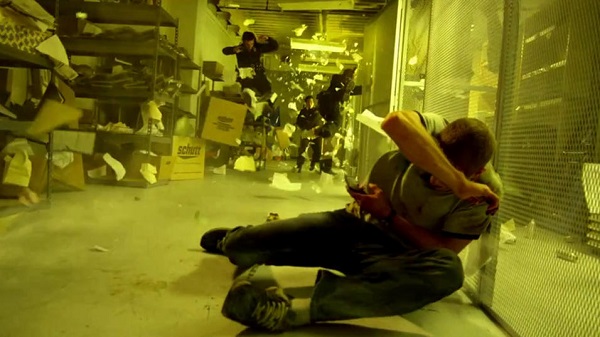 The plot at various stages appears to hint at some greater mystery which then never ends up being developed. The prime example of this is the dramatic build up around David’s father who died under mysterious circumstances on the same day the footage of David in the past was made. When the narrative catches up to that moment in the film, the resolution is incredibly anti-climactic. It’s almost as if the director decided to pull out Chekhov’s gun, put it on the table between the audience and themselves before running off to do something completely different.

This tactic could certainly work to help misdirect the audience’s attention while something more intriguing develops. The performances of the entire cast are excellent as they try to bring some manner of weight and verisimilitude to characters. The problem is largely that they are hamstrung by the demands of the plot. Instead of having characters explore the dangers of messing with time in an interesting way, we are treated to a 20 minute advertisement for Lollapalooza (the music festival). The characters end up being individuals who don’t appear to have personalities beyond what is required for the plot. Characters become stupid, illogical, and emotional not in reaction to various twists of fate but seemingly rather for the sake of plot. Nothing is ever explored and detail and everything gets glossed over. 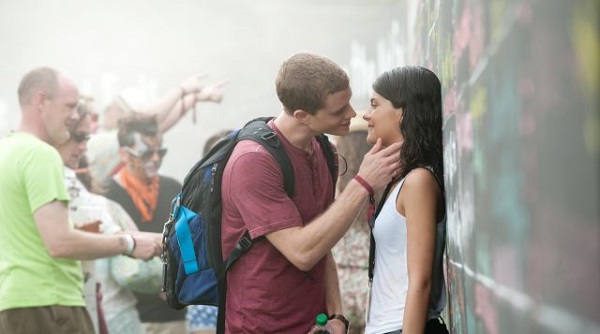 I found this to be a great disappointment in the film’s script for how it chooses to forgo its hinted science fiction quandaries for dull and shallow teenage drama. As the timeline fractures and the action unfolds in the third act, any semblance of reasonable character motivation is thrown out the window. It is as if the characters (to quote Eddie Izzard) “have had their common sense glands removed”. You might argue that I shouldn’t be expecting so much from teenagers, but even teenagers with raging hormones are not quite as nonsensical as some of these characters become. I feel at this point that a quote from my companion after the review screening is apt: “Teenagers ruin everything”. 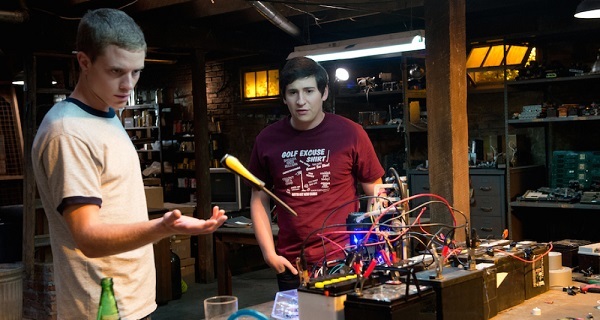 Project Almanac doesn’t do too many interesting things when it comes to visual effects as it’s not quite that type of sci-fi. This film showcases some interesting special effects which are largely given away in the trailer. The sequence shot at Lollapalooza (a music festival) does a great job of conveying action and excitement, but ultimately I came away feeling like the film was trying to sell me tickets.

The film is shot in the “shakey-cam” style of handheld filming made popular in recent times by the Blair Witch Project. It is a favourite on the indie scene for covering up low-budget effects and creating a sense of realness to the action. When used correctly, it can grant the action on-screen with a sense of intimacy as it feels like you’re watching a friend’s vacation video. When used incorrectly, the style can become quite annoying and even insight some degree of nausea as the camera bounces around and pans too quickly. This film largely succumbs to the latter, but seasoned movie buffs should be okay with the editing and pace. Furthermore, maintaining the illusion does make the characters a little stupid as they run in to danger to collect the camera.

The film does not engage in too much non-diegetic music. The only scenes which stood out in regards to music was the aforementioned Lollapalooza sequence which had footage of various bands playing. There isn’t much to comment upon beyond that.

This film was largely a disappointment. The first act had some interesting set up for the plot which was promptly abandoned in favour of nonsensical drama. The characters become bland and the narrative becomes plot driven. I feel that at some point during production, a major script rewrite was undertaken which then removed anything which would have made the story interesting as a science fiction film and instead was replaced with badly done teen drama. I would not recommend this film to anyone who isn’t a fan of Degrassi level teen drama. There are other, better sci-fi films which do time travel in a much better way. 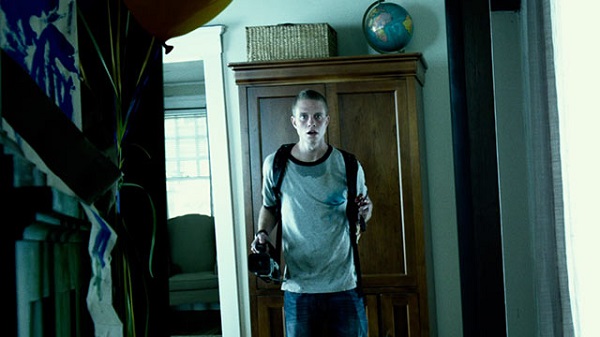