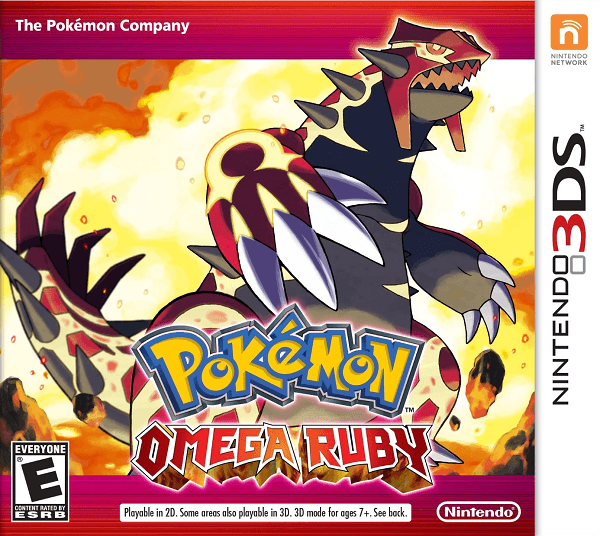 Overview
The Pokémon franchise has remained extremely successful over the years despite only changing a little bit each time a new game is released. As such when Pokémon X and Y were released last year and gave numerous aspects of the game a much needed visual overhaul, fans were quite pleased with the direction the series was going in. As such, a year later Nintendo has brought us a remake of two classic games featuring many of the improvements from X and Y. So is the Hoenn region worth revisiting in Pokémon Omega Ruby?

Story
As per the series standard, players take control of a male or female trainer who has recently moved into Littleroot Town with their mother. With your father already an established Gym Leader in the region, there are high hopes for the trainer and shortly after moving in you will begin your own journey. After saving Professor Birch from being attacked in the wild, you are given your first Pokémon and set out into the world. 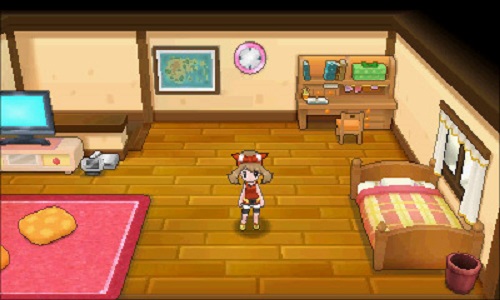 From here players experience the story that has remained a rudimentary inclusion in the Pokémon series as they will battle against eight different gym leaders, all of whom have a gimmick, and take on the Elite Four and the final champion. This time players will encounter a nefarious group called Team Magma that plans on causing mass destruction and forcing the landmass to expand in order to satisfy an ancient Pokémon of legend.

The story remains as threadbare as standard for a Pokémon game which is something of a disappointment thanks to the fact that there is a solid storyline told in a piece of post-game content. Instead we have some very standard villains with little to zero development that do little than get in the player’s way and throw a little bit of chaos into the world that the trainer must put a stop to as has become standard fair.

Gameplay
The basic mechanics of Pokémon remain the same as always, with players starting out with only one Pokémon and then catching various Pokémon they come across while traveling through grassy areas. The previously archaic battle system of Ruby has been redone using the same mechanics found in X and Y, giving players various new moves and weaknesses to take advantage of as well as the Fairy type. 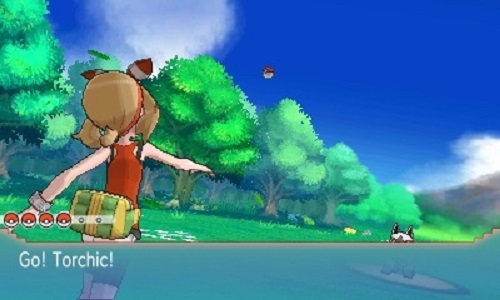 While it may appear as an unexpected surprise for some, the EXP Share device is back where players can choose to provide EXP to all of the Pokémon in their party after a battle is complete. This allows players to avoid grinding for extensive lengths of time as they try to build up a team that they like but it also means that the game can be even easier than it should be at times, with most of your team clearly overpowering Gym Leaders with one move.

Despite featuring only specific Pokémon, Mega Evolutions have returned in X and Y in abundance as a number of classic Pokémon have been given the rub this time around, adding some much needed variety to the system that before saw only a few useful Mega Evolutions of the whole lot. There is even a new little mechanic that is exclusive to each game’s legendary Pokémon. In Omega Ruby, Groudon can use “Primal Reversion” which is similar to a Mega Evolution but instead is triggered automatically rather than at the player’s choosing like a Mega Evolution. 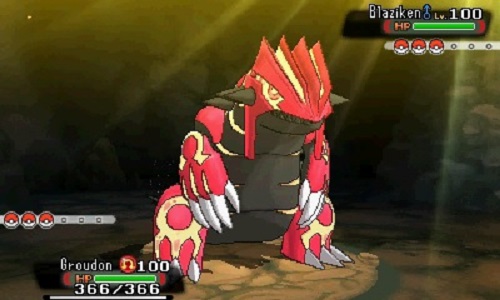 Outside of the Pokémon battles, Omega Ruby sports a number of new and returning features that help spice up the old formula, though sadly some of these systems are complete copy pastes from X and Y. For example, the entire Super Training and Pokémon Amie apps are direct copies from the previous versions though it is worth noting that the happier a Pokémon is, the better it will do in the returning competitions that see players compete against other Pokémon in order to win contests.

These contests still don’t do much other than offer a side attraction to the main game, though those of you who happen to be big fans of Pikachu will want to spend some time here as you will obtain a cosplaying Pikachu that can wear different costumes not only while performing but also in combat, allowing it to learn new moves it otherwise wouldn’t be able to master. 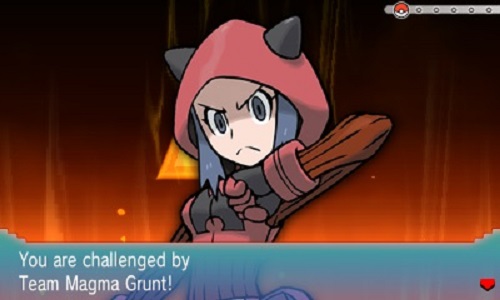 One of the new features that is not only delightful to use but also helps make catching certain Pokémon easier, is the DexNav. This application not only shows what Pokémon are in each area, and if you have already caught these Pokémon, but also features a search option to try and find specific Pokémon types. The more you encounter each type of Pokémon, the more information will be revealed about it in the wild. This includes everything from their level, to their potential state growth, and even a rare skill that generally is only available through time consuming breeding.

This also sees players taking advantage of a new sneak feature. As you walk through an area with grass, you will occasionally notice a Pokémon’s tail or ears sticking out of the grass, each unique to the Pokémon’s species. To try and catch these Pokémon you will need to sneak up on them as simply running up will cause them to escape. Combine this with the ability to search for specific Pokémon through the DexNav and you’ll be able to create a team of your dreams easier than ever. 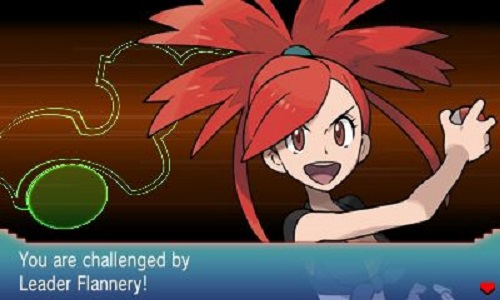 Unfortunately a large amount of the apps found on the “Pokénav Plus” as it is called are largely useless. While the map is helpful and the DexNav is a great tool, the television that broadcasts incredibly repetitive information and the copy pasted mechanics earlier clutter the screen with mostly useless material. One thing that has been given a major overhaul is the Secret Base mechanic. Players can create and customize their own secret base with numerous different decorations and create their very own base that they can share not only through QR codes but also with everyone they happen to StreetPass.

Omega Ruby is packed with content that will give players plenty of time to explore at their hearts content, including taking advantage of a new move called Soar that allows players to travel wherever they wish in Hoenn. From online battles against their friends to competing in little contests to taking part in all of the post-game content and finding every secret, there is so much to do in this title that it will be very hard to put down even once the League has been conquered.

Visuals & Audio
With Omega Ruby given a remake job, it has been brought up to the same level that X and Y were presented at. The new 3D world is a nice change of pace over what fans of the old games experienced and, given the change of perspective; it almost makes the game feel like much more than a remake. Thanks to the various areas in the Hoenn region the world is full of vibrant sights to see and explore as players travel up active volcanoes to icy plains. The Pokémon battles themselves have been given similar improvements as each Pokémon continues with their overhauled appearance, making each battle look very impressive. That being said, it is worth noting that these battles do still suffer from slowdown from time to time which is a bit of a nuisance considering how fluid the rest of the game is. 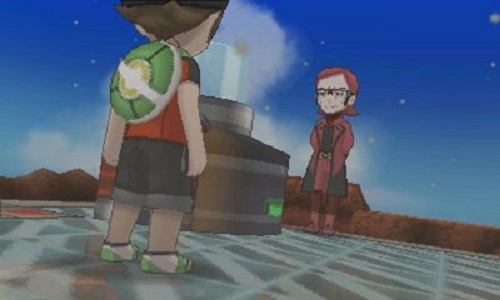 One thing that does sound very similar is the soundtrack. There are numerous themes and tunes used in Omega Ruby that anyone familiar with the old games will instantly recognize. They have been given a revamp to fit in with modern times and thankfully they have made the transition without damaging any of the music. It is also nice to note that whenever a Pokémon tail pops out of the grass as mentioned earlier, you will also hear the cry of that Pokémon, giving the world a more realistic approach as you venture through the wilderness.

Overall
Although many people may have scoffed at the idea of simply remaking an old Pokémon game and giving it a handful of improvements taken directly from X and Y, Pokémon Omega Ruby turns out to be an extremely successful title. While there is some laziness in this upgrade, it offers practically everything that a fan of the series could ask for. With a number of new features that make finding Pokémon a fun endeavor and plenty of content to explore in a familiar region, Pokémon Omega Ruby will leave fans more than satisfied.