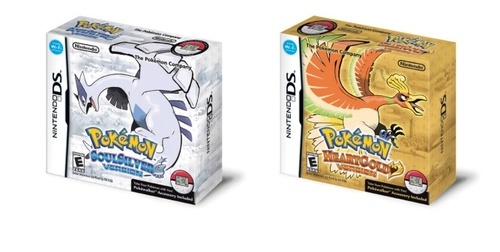 Under normal circumstances, game sequels that are essentially re-skinned versions of their predecessor are game for massive amounts of hate, mockery, and reviling; today I am here to tell you that, if done right, following a formula can in fact be done! And no game series has shown us the right way to rehash a previous entries and call it something new like Pokemon has.

Ever since the Second Generation of games (Gold and Silver), the games have pretty much been the same. Oh sure, there were graphics upgrades, new Pokemon, a new game mechanic here and there, but on the whole there have been no major changes. And y’know what? I’m cool with that.

There is a reason that the Guinness Book of World Records gave Pokemon the titles of “Most successful RPG series of all time” and “Most photosensitive epileptic seizures caused by a TV show.” The formulaic gameplay of the Pokemon games is damn near perfect, or close enough that nobody cares that it hasn’t changed in 10 years. People like the formula so much, in fact, that they are willing to play through the exact same game as they played 10 years ago. This is where HeartGold and SoulSilver come into play.

Not only has Nintendo found a way to make us play the same game thinly disguised as another game, AND LIKE IT, they have even found a way to tell us it’s the same exact same game, and we’ll still buy it. They remade Red and Blue, the original Gameboy games, into the Gameboy Advance games FireRed and LeafGreen. Same game, new system. They continued in their noble tradition of unending repetition this year with the release of HeartGold and SoulSilver, remakes of, you guessed it, Gold and Silver. They were not, of course, exact copies, as that would be silly. They have fourth generation (Diamond, Pearl, and Platinum) Pokemon, re-tooled graphics, and added a few tweaks to the original mechanics like the Pokegear, which now have improved functionality and usability. And the whole “touch screen” thing. That’s sort of a major change, as well.

And even though Pokemon strives to be the same, year after year, far be it from them to stagnate. With these newest games, they have introduced an item called the Pokewalker, a pedometer that can grant you in-game bonuses based on how many steps you take per day via wireless sync with the game… cartridge? Floppy disk? What the hell do you call those little square chip things, anyway? But I digress. 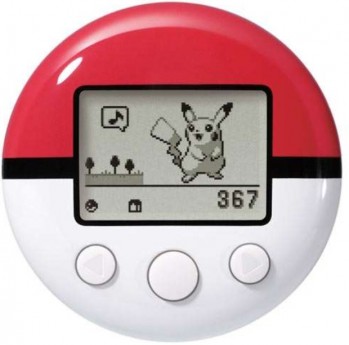 Because nothing says “cool” like a miniature Pokeball in your pocket. You’re sure to score some action flashing that badge of awesome at the opposite gender.

This item is genius. When I first heard about the Pokewalker, I thought it was a stupid gimmic trying to bribe me with Pokemon to shed a few pounds. This upset me, as I collect calories as other do stamps or old coins. After receiving mine, however, I discovered the true brilliance of the device. I figured I’d give it a whirl, and sent a useless Pokemon over to the Pokewalker. After discovering that vigorously shaking the little Pokeball-shaped meter will not increase the step count, I dejectedly stuffed the thing in my jeans pockets and forgot about it. The next day, when I checked my pocket looking for a pen, I found that, to my great joy and astonishment, that I had accidentally caught a KenghisKhan (a rare kangaroo Pokemon) in my pocket. Once I purposefully played the mini-games that I could play by paying points I had earned in my walking, I proceeded to capture several more Pokemon, find a couple of decent items, and level up the Pokemon, in addition to making it happy.

The reason this is genius is that now, even when I’m not playing Pokemon, talking about Pokemon, or daydreaming about Pokemon (let’s just say. “I wanna be the very best, like no one ever was. To catch them all is my quest, to train them is my cause… GOTTA CATCH ‘EM ALL!”), I am still aware of the little circle shape in my pocket, and always have Pokemon in the back of my mind. Another great facet of the item is that even when you’ve left your DS at home (because you felt that a wake was a bad time to show off your sleek new XL), if you meet a fellow Pokemon enthusiast at whatever Bar Mitzvah, hospice visit, divorce proceeding, or other social event you happen to be at, you and he can connect your Pokewalkers wirelessly, exchanging gifts and receiving free points. It introduces an easier, less bulky way to connect socially with other Pokenerds. Because god knows, we need help socializing.

Y’know how every family has that one very “special” cousin?

In summation, if you are a fan of the Pokemon way, buy HeartGold or SoulSilver. It’s more of what you love, and a chance to catch Pokemon you may have missed out on. If you despise Pokemon with every fiber of your being, then you are probably my dad and should not have read this in the first place. Now if you’ll excuse me, I have a Calm Chansey who’s IV indicator points towards Special Defense to power EV train in Special Defense on Tentacools and Tentacruels with a Macho Brace. And god help me when I start EV training my Modest Abra for Special Attack and Speed.

If you understood a word I said in that last sentence, I congratulate you. It takes a special kind of nerd to comprehend the awesome of what I just said.