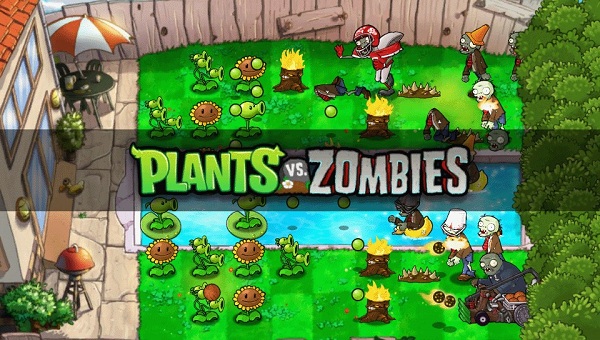 Overview:
If anyone were to mention the game Plants vs. Zombies to someone else, they would likely not have to explain a single thing about the game itself. You see, PopCap’s unique home defense game has become so popular since its original release on the PC that nearly every single platform today has a version of the game available. While this means that it is available on your PC, home consoles and even phones, it is also now available for Sony’s brand new PlayStation Vita handheld. With a few new features added and the unique capabilities of the Vita is this version the one for you?

Audio & Visuals:
Plants vs. Zombies retains its familiar happy-go-lucky soundtrack and sound effects as the zombies shuffle slowly towards your house and the plants defend them with the soft plopping of peas hitting zombie skin. Even Crazy Dave’s kooky mumblings return as he gives advice and tries to sell you things out of his trunk.

There has always been something charming about the art design of Plants vs. Zombies and that charming aesthetic stays as true to the original as possible on the PlayStation Vita. The graphics are crisp and colorful and look as great as ever. All of the different zombies retain the same designs as your various plants do their best to protect your home.

Gameplay:
For those who have never played Plants vs. Zombies in any form, the game is in fact quite simple in its execution, being a basic defense game at its core. Players must defend their home against waves of attacking zombies and the only way to defend yourself is through a wide assortment of plants that will gladly die for their master and knock the heads off of any zombie that gets close. 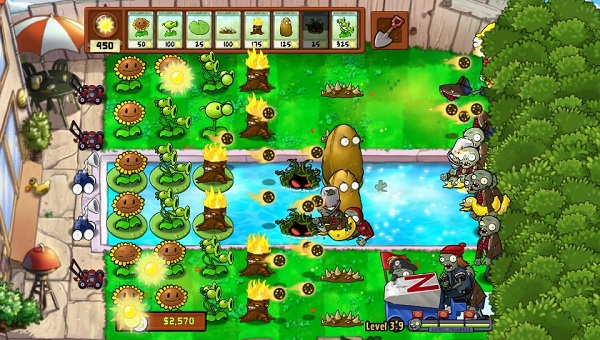 As you play through the game and make it through each level you will unlock stranger and more powerful plants that range from standard peashooters to giant corn cob cannons and everything in-between. That doesn’t mean that the zombies won’t become more diverse or stronger as they continue to find more ways to get closer to your house as they attack you from all angles at all times of the day.

Now while the formula hasn’t changed much in the PlayStation Vita version, there are a few things that have been added in to the game that help keep things a bit fresh. Most of these changes focus heavily on the fact that the PlayStation Vita offers touchscreen and gyroscopic functions, which means most of what you have seen on other touchscreen devices are also available on the Vita, which means you can tap the suns or coins you want to pick up or can plant the plants with a few taps of your finger. What is different here however is that players can also simply tilt their Vita in any direction ever so slightly and all of the suns or coins on screen will be collected instantly which is a very nice touch.

The touch screen format works well enough on the Vita, though it is worth noting that the Vita’s large screen does make it a bit difficult to plant your plants for long periods of time. There is an option to use the Vita’s normal buttons to control the game instead, however these controls feel clunky and slow compared to using the touchscreen. 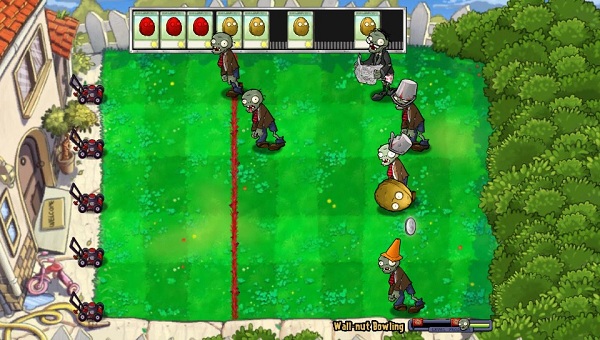 Now besides the various ways to control the game, there are a number of brand new additions to the game as well. One of these new additions is the Zombatar mode which allows you to create your very own Zombie. There are plenty of different customization options which let you create the zombie of your dreams, though no matter what clothing you place on your Zombie, any clothing below the head will appear as the default brown suit and blue jeans. What makes Zombatar mode even better is that all of the zombies you created can then appear inside the game carrying the flag, which means you can kill your very own creation.

Aside from the standard main mode there are also the returning mini game modes that offer slot machine fun or bowling fun that help break up the monotony of the normal modes, as well as various survival modes and tasks to complete as well. Though you can take it nice and easy and enjoy the Zen Garden once that mode is unlocked as well.

Those interested in multiplayer of any kind will find that there is none for Plants vs. Zombies on the PlayStation Vita, however there are leaderboards for all of the various modes which allow you to scroll through the list of other players to see where you are located. These leaderboards can be found on your house, and the houses of your friends if they too own the game, which also gets decorated with various lawn ornaments for certain unlocked Trophies. 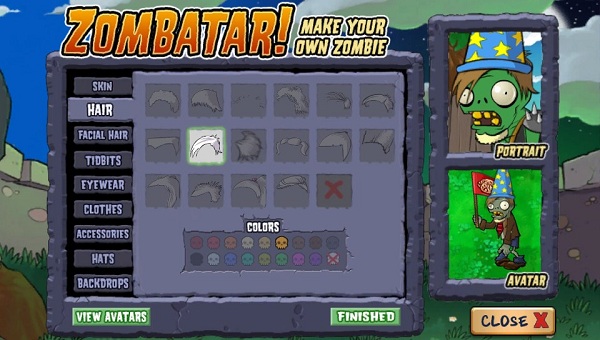 Speaking of Trophies, those looking to gain some more of these will be happy to hear that Plants vs. Zombies on the PlayStation Vita has not only the 12 original Trophies available on the PlayStation 3 but 30 brand new ones as well. This means that there are now 42 Trophies to be unlocked for those eager to raise their level and have a good time with some zombie killing plants.

Overall:
Now there are plenty of different versions of Plants vs. Zombies on the market, unfortunately a lot of these versions are also cheaper than the one that can be found on the PlayStation Vita, which runs a standard $14.99 on the PSN. However despite its higher price point the game offers everything that those versions offer and more. Plants vs. Zombies is just as fun as you may remember and this version may just be the best one available today. This of course means that those who have never touched a PvZ game before should definitely try it out as they are missing quite an enjoyable game that offers hours of addictive gameplay.