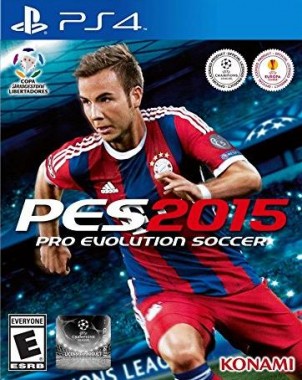 Overview
Konami’s Pro Evolution Soccer (also known as PES) franchise has been around for years, comfortably sitting as the “other” go to experience for fans of the sport. While the well known namesake dominated in the earlier part of the 2000’s, we haven’t seen those heights reached for sometime now. With a load of tweaks, new features, and that new generation of polish added, PES is back with PES 2015. Going into a new generation, can Konami score a goal, is this title one to simply pass? Let’s find out. 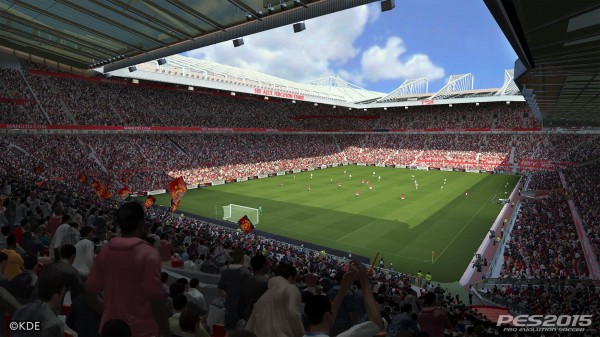 Gameplay
I think that many out there consider FIFA to be the top tier soccer title out there. As far as sales go, FIFA does rule the market and the higher sales are usually weighted with what has been a more defined and represented product. Pro Evolution Soccer may not have the budget of EA, but it does have a lot more in terms of authenticity. PES 2015 backs this statement, as the gameplay has reached new heights in this year’s version, feeling polished and fluid throughout. To be honest, I haven’t played a lot of PES, so the response time when passing and shooting took some getting used to. Over time though, the delay is forgivable as it leads to more precise shots that feel realistic. Those looking for easy accessibility found in FIFA will be a bit put off by the tactical stylings of this title, but if fans are wanting a superior product of simulation, then they will love the love the detail on display here. 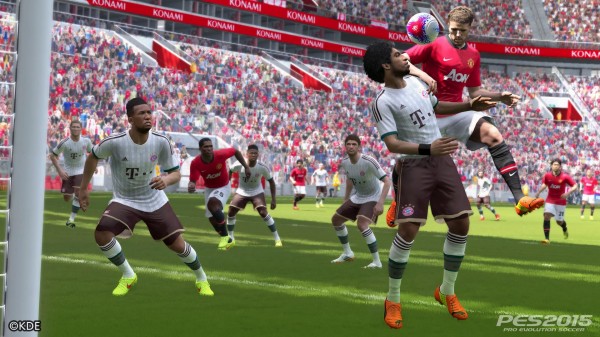 PES 2015 is a slower soccer experience as it is more about the journey to the goal, rather than simply hitting the ball in a net. The AI are proof of this, as the players on the field play smart, opening up gaps by blocking the opponents on the field. You will quickly learn about player formations and outsmarting a stiff defense, as even though your team is smart, the opponents are usually one step ahead. My first game ended at 0-1 as I wasn’t quite equipped with the proper mindset for the AI to be so in tune with the process. By formulating a strategy, you are able to win – and that is what gives PES 2015 its legs and makes it feel distinct. Its all about gaining momentum and running with it, and the least bit of obstacle can change that momentum in an instant, making for some exciting match-ups every time. 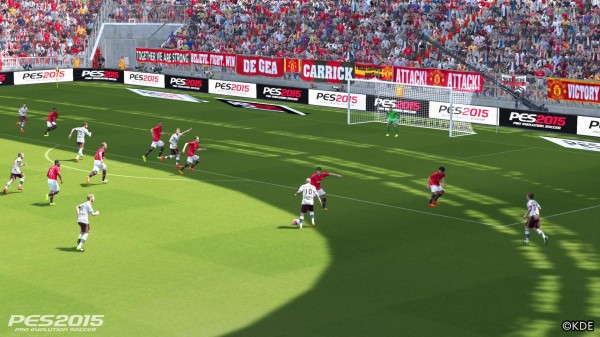 A small downside of the game comes down to licensing issues. EA has the wallet to present more, and I would guess Konami – for legal reasons, decided to go for generic names and kits, rather than obtaining the rights to the likes of the English Premier League. This is nothing really new to be honest, but it is a bit of a disappointment to those wanting to get behind Manchester City and all of the other re-branded teams. On a good note, some teams did get licensed, such as Manchester United (the only English Premier representation), and it can definitely provide a laugh to see the ridiculous ways that the developers made it work with the “almost there” brands and names within the game. 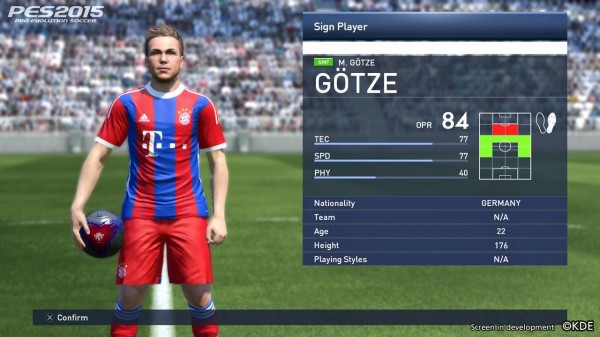 When it comes to the in-game modes, the always welcome Master League leads the way, but hasn’t changed too much. The counterpart to Ultimate Team – myClub, is probably the biggest time sink, as players get to spend currency (in-game and real if needed) to build the perfect team to take on the world. I am not a big fan of spending real cash for any in-game feature, but to be honest, PES 2015 doesn’t really require too much legwork to gain GP as it is, so unless it is your preference to gain the points faster, you shouldn’t have to worry about actually paying much in myClub. Become a Legend is also a decent portion of the game to go to, as you can build one player and move up through the ranks and gain notoriety. I spent most of my time here oddly enough, as its very easy to indulge on this train to the top career mode of sorts. Finally, we also have are basic training modes. Sure, its just a tutorial, but players are rewarded with medals and the drills are actually quite entertaining.

Visuals
Presentation has always been a problem for PES, but I will say for a game that has never stood out much in terms of visuals, Konami did an excellent job with the environment and the player models. The animations are fluid and never seem to be too stiff or awkward, which of course benefits the authenticity. I know menus are not important, but the menus need to be addressed next year. I get it PES, you are that kid on the block that is all substance and no style. You have proved that time and time again, but why not flare up the menus to make them more attractive? Sure, there are not too many modes so less is more, but a bit busier load screen and revamped menu could definitely assist in making the look of the game match the five star feel it already has. 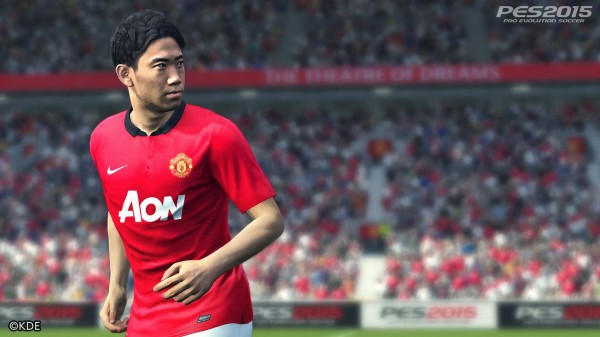 Audio
As far as the audio goes, you wouldn’t be missing a lot if you muted the commentary. The team doesn’t even try to make your game exciting, and just sound bored as they ramble on. The in-game soundtrack is not much better. Sure, Konami paid for music and I give them props for that. However, the music that was selected is rather unfitting and sounds like it is coming out of a metal ball instead of an arena. The sound effects however are serviceable and kicks and taps represent the action happening on the field.

Overall
PES 2015 is a great representation of the sport of soccer, and an outstanding addition to the franchise. Gameplay wise, this may very well be the high point of the series. PES however needs to stop settling for second best and put forth the effort to be the best, as it has all of the tools to topple its showboating competition. While the game is great, a few missteps take the full package away from true glory. That being said, you can’t find a more authentic footy title than the fourteenth entry into this series, and even though some of the team names didn’t make the cut, I think PES has a very safe future heading into a new generation.