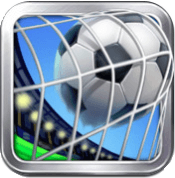 Overview
Any sports fan can identify with the excitement and intensity of a sudden death overtime situation. Whether hockey, American football, soccer, or any other sport, there’s just something that will cause you to stop and watch, even if you weren’t interested before. Perfect Kick from Gamegou and Chillingo is looking to capture and capitalize on that very thing – a best-of-five soccer shootout. Is it a yellow card or is it truly a perfect kick? Let’s find out. 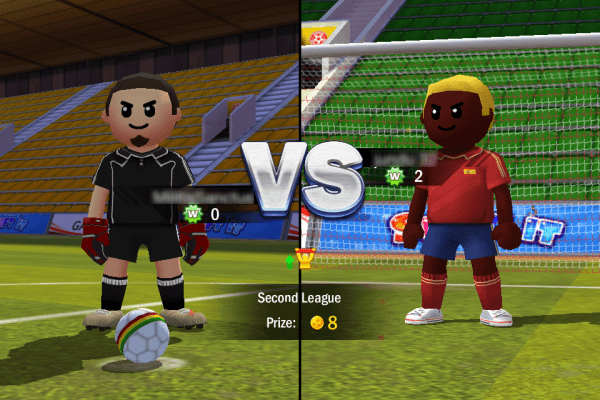 Gameplay
The gameplay is fairly straightforward. Players are pitted against one another in a head-to-head shootout. Each player will take their turn as kicker and goalie, alternating off after each kick. The match goes until someone has taken the best of five or, in the event of a tie, until the tie is broken. It’s no FIFA game, but it’s solid in its own right.

The controls are responsive and intuitive, making for a seamless, easy-to-pick-up gameplay experience. As the kicker, you’ll draw the kick path on the screen. As the goalie, you’ll draw your defensive maneuver on the screen with your finger as well. 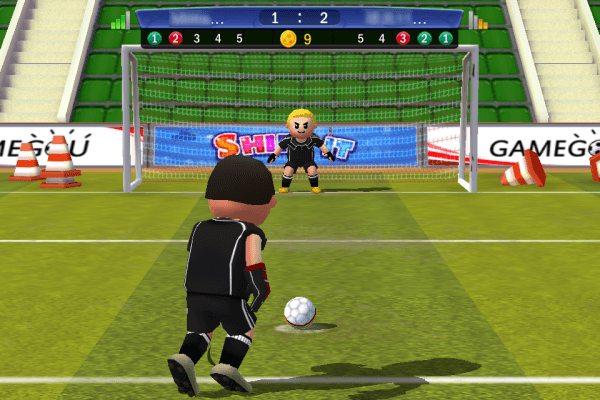 There’s actually quite a lot of nuance built into the kicks you can perform. As you would expect with a real life shootout, the goalie is constantly going to be wondering and guessing your next shot, so you’re equipped with several ways to try to fool them. You can always boot them straight in, but you’re also able to curve or loft them. This could make a nervous goalie overzealous or earn you that tricky final goal you needed to seal the deal. The amount of kick control is both impressive and fun.

As a goalie, your job is fairly straight forward. When the kick is made, you have a split second to decide where to go. Stand still? Dive to one side or another? It sounds simple, but you have to be both quick and accurate with your maneuver to stop the attack. This makes stopping that hard-to-handle diving block all the more satisfying when you pull it off. 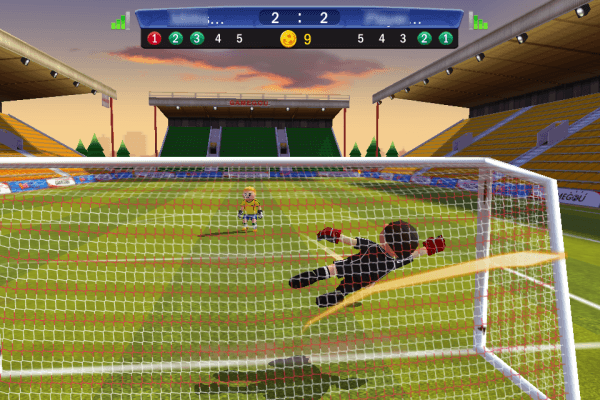 There are one time use items in the game that add a bit of variety (and frustration) the experience. Have a crucial kick coming up? Throw a tomato in his face and block out some of his vision while you take the shot. While you’re at it, soup up your kick with a booster or two. It’s a clever idea that can quickly become frustrating to someone on the receiving end. In the end, the vanilla gameplay is both more fun and rewarding.

Buried within the game is a bit of a progression system. As you play, you’ll level up, raising your ability to defend and control the precision of your shots. On top of that is an equipment system that allows you to outfit your footballer with different jerseys, gloves, soccer balls, and cleats. These can all alter your stats as well. 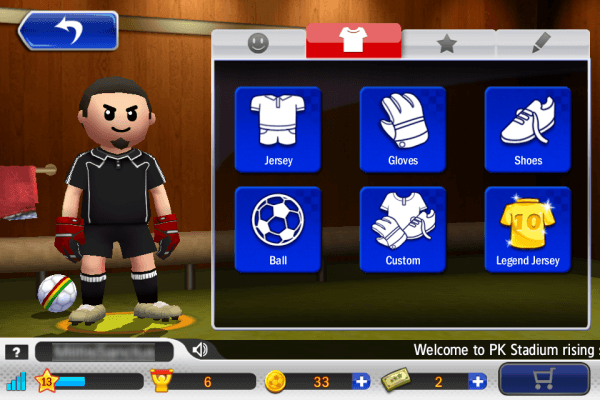 The equipment system is a good idea, in theory, but thanks to the wonder of microtransactions, it quickly devolves into renting your skill buffs against opponents. Want the sweet blue and white gloves? They’ll raise your defense, but it’ll cost you, and you can only rent them for 30 days because very few of the items allow you to permanently acquire them. Gamegou emphasizes the gear as well, since after each match they place you back in the locker room to change and buy gear instead of the matchmaking lobby.

On top of the coins you earn through playing the game, you can earn in-game dollars. These can be bought as well, of course, and quickly become hard to earn. What’s even more egregious is the fact that later in the game, you can take your dollars and literally place bets or buy chips to spin a roulette wheel. It’s a devilishly clever way to get money from willing customers. 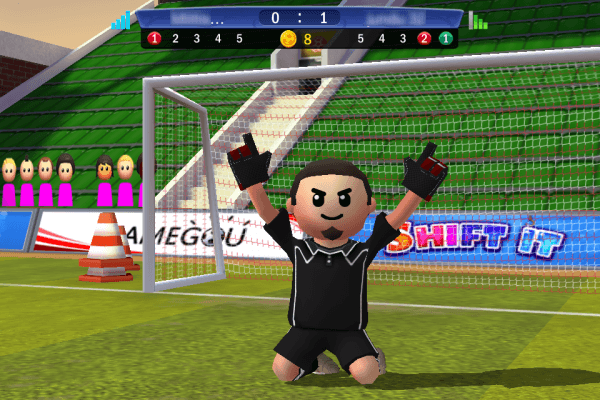 Visuals & Audio
The visuals in Perfect Kick are simple and straightforward, but they work really well. The style does a great job catering to players of all ages. The cartoony characters with their round heads and huge eyes are fun to look at. The wide variety of gear adds some interestings options to look at as well. Animations do a great job of actually conveying your character’s engagement in the sport – is he simply falling over onto the ball or really stretching out a dive to make the block?

The sound design is serviceable. The music is pretty forgettable and the sound effects basically consist of a soccer ball hitting things. A fantastic exception is the sound of the crowd roaring after you’ve made a big diving save or landed a critical shot in a tight match. The crowd feels fantastic.

Overall
Perfect Kick is a really fun soccer shootout game that players of all ages can enjoy. The gameplay is solid all around and it’s fun to shoot and block shots. The focus on freemium content and one-time-use items is a bit frustrating, but ultimately doesn’t hamper the experience too much. The graphics are also fun and inviting, even if the music will wear on you. Perfect Kick is free, and anyone with an iOS device should check this one out for sure.