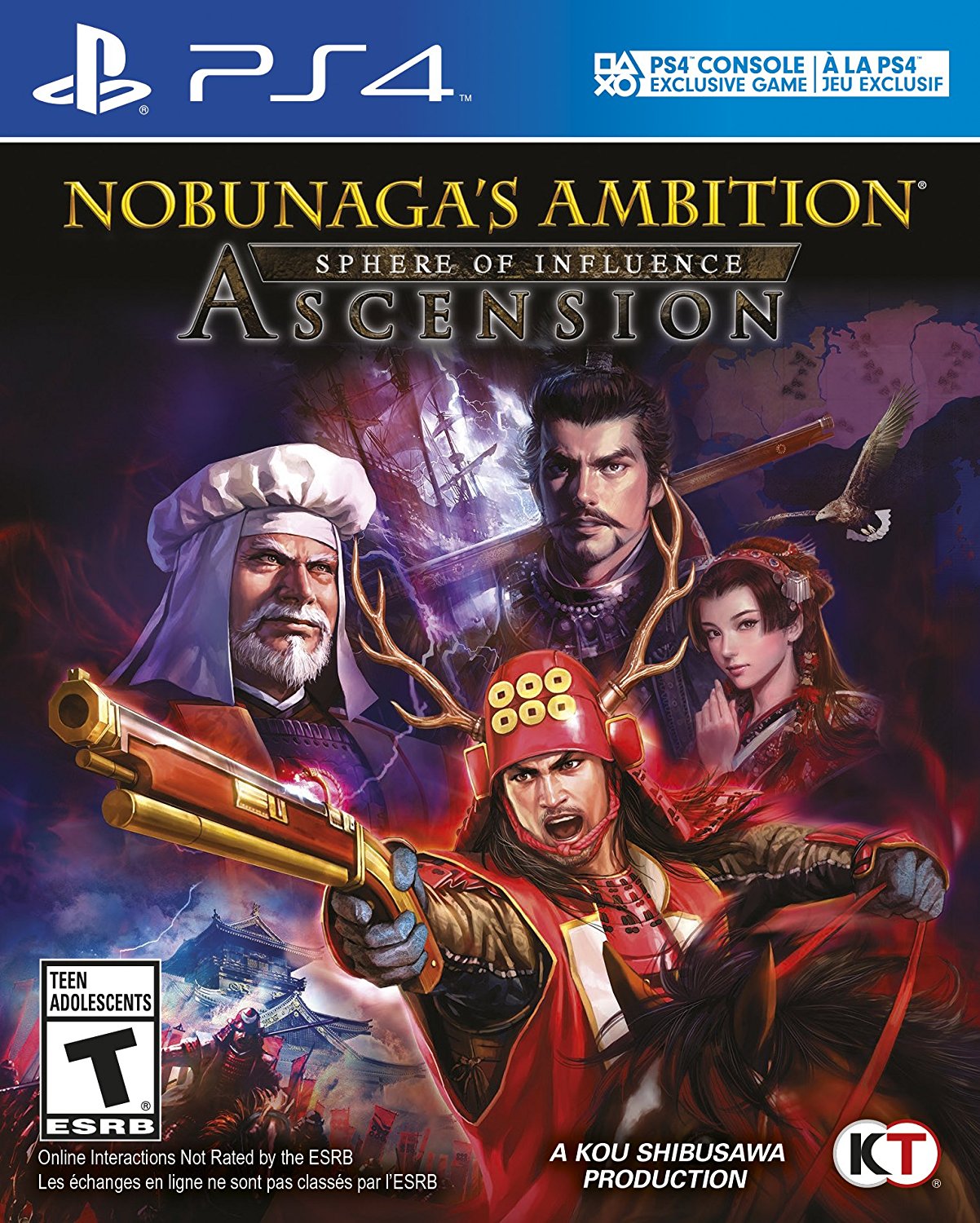 Koei Tecmo surprised many last year by bringing Nobunaga’s Ambition: Sphere of Influence to Western audiences as the strategy title only occasionally makes an appearance outside of Japan but it looks like they were quite successful with the original release. That is because they have also released Nobunaga’s Ambition: Sphere of Influence – Ascension, an expanded version of the original release, in the West as well. So now that this version is available for fans, is it worth picking up?

The story found in Nobunaga’s Ambition: Sphere of Influence – Ascension remains very much the same as fans of the previous title will remember as it is set within the Sengoku Era of Japan though the choices for various scenarios to play through have been expanded. A number of smaller historic events and exchanges between figureheads of the era are also given some extra attention here and there. 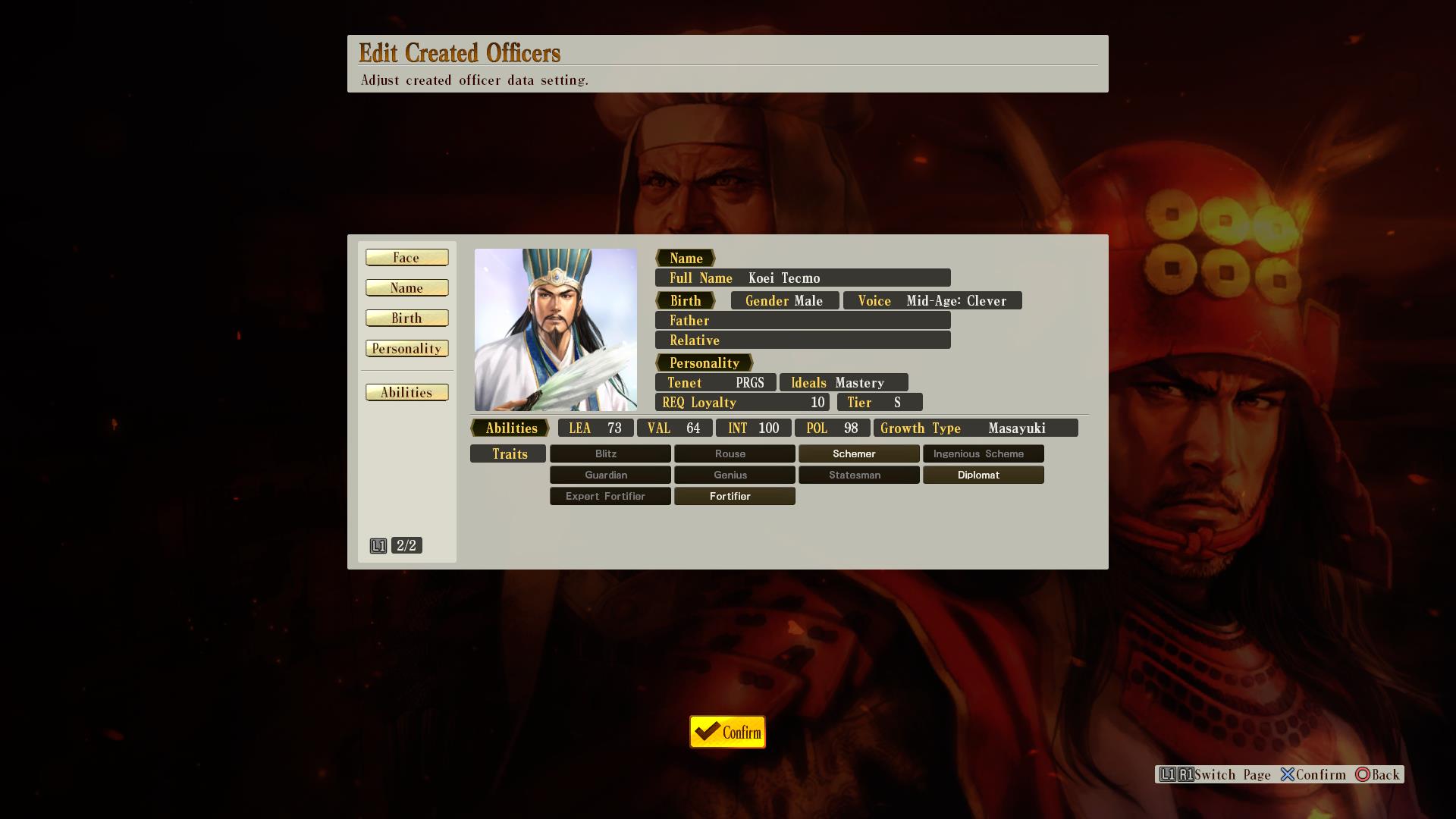 This helps give the era a bit of extra life while also keeping fans of the Sengoku period a little something extra to enjoy. It is worth noting that the localization effort for the game is a little barebones at times, with some translated text coming off as incredibly stilted and other times very repetitive so be prepared for that.

While any good strategy game offers layers upon layers of complexity for players to delve into, the Nobunaga’s Ambition series has always been a difficult one to plunge into and that remained true in the previous entry. It is almost essential that players take part in tutorial missions in order to understand the various mechanics that are on play as well as how to properly navigate the admittedly messy and overcomplicated menus that players will spend most of their time in.

Successfully learning everything you can from the tutorial is only the tip of the iceberg when it comes to this game however as the more power a player is given, the more they will have to manage at any given time. This means that while players can simply choose to start as a retainer, meaning they are given a small piece of land to manage rather than an entire kingdom, they will immediately have to be concerned about keeping rescources high. This includes labor, which allows men to perform tasks such as building, working on diplomacy to gain truce, planting crops to keep your people alive, and simply waiting for each task to be completed by your group or assigned to you by your lord. 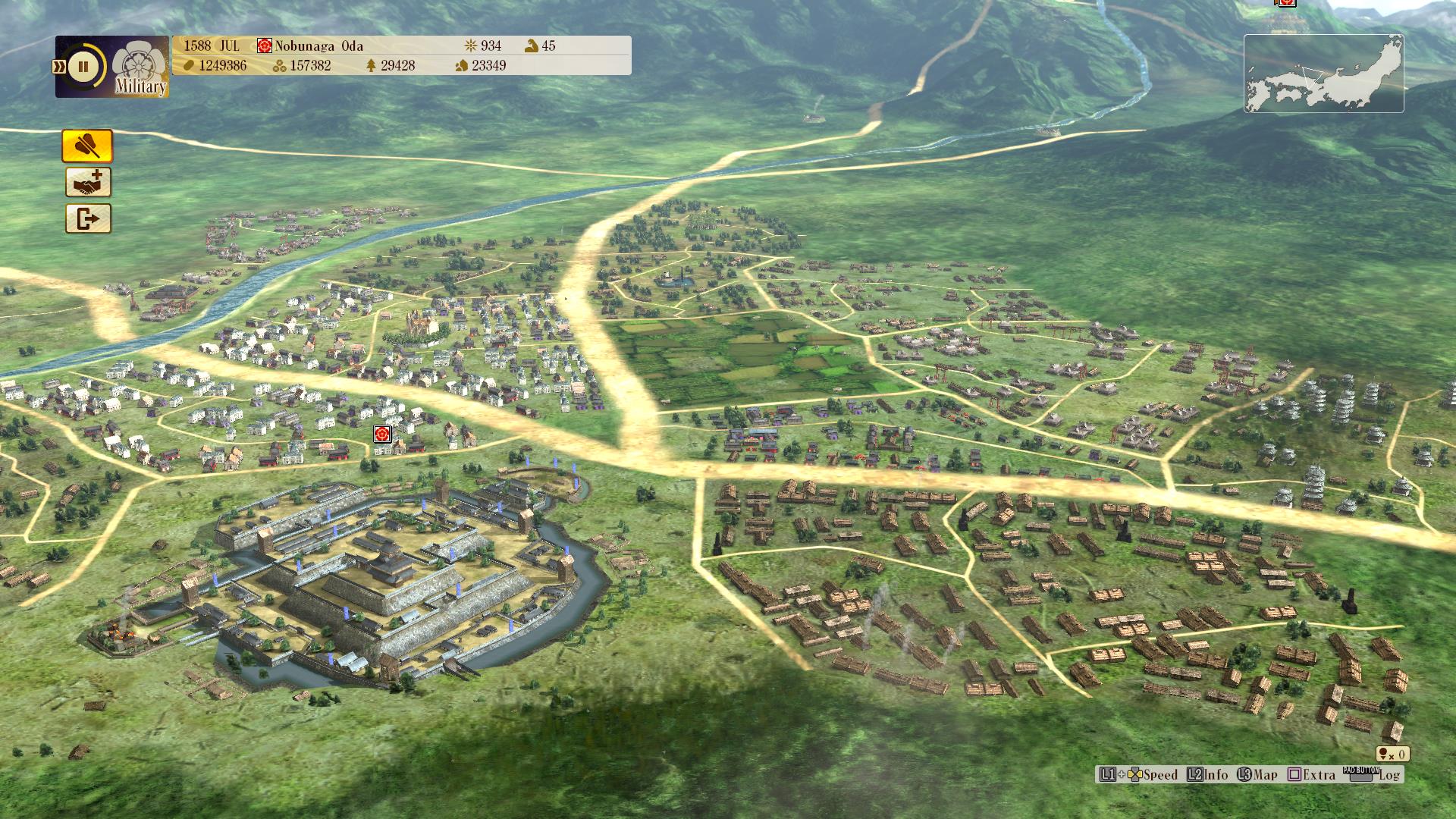 If players are so keen, they can rise up the ranks in their kingdom if they choose to serve under a daimyo or branch off entirely, joining a new force or starting your own bid to rule over all of Japan. The more territories you claim, the more land you possess which can make you a target as you grow near enemy villages. It is worth noting that the city building this time around is far more refined as players will find that various town upgrades and their placements around a city will provide various bonuses depending on their location. This allows players to potentially min-max certain elements of some cities while also giving areas a life of their own by making them look entirely different from other locations.

Generals each have a large variety of techniques that can greatly assist on the battlefield, which keeps things from getting too tedious overall. Battles are a bit more revamped this time around as players not only have a variety of different options, with siege battles now being included so players can choose to siege a location or repel one, as well as take part in a naval conflict in an effort to attack an enemy in a new, possibly unprepared, way. On top of this, rather than simply staring at the battlefield players are now able to take on a more up close and personal view where they can focus on a general’s unit and issue specific orders that help buff their units and debuff others while also activating various other formations and powers. This doesn’t really play too much of a role in most battles, unless they are really evenly matched without player intervention, but it does keep things interesting. 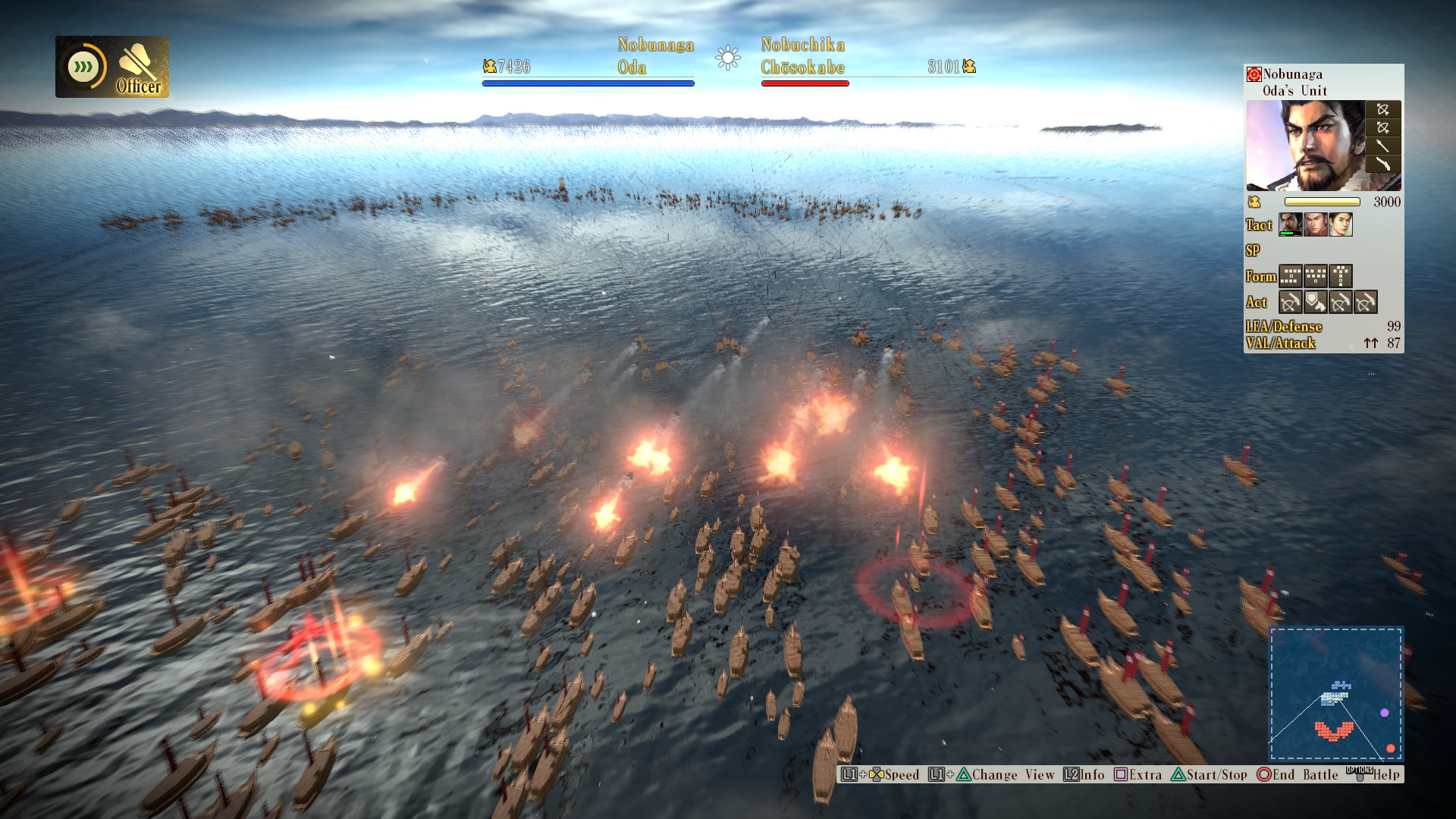 Of course conflict is only one option available to players as they can continue to grow their power through political marriages and gaining friendship with other units in an effort to swing them to your side. These things grow more complicated the more power a player has, so as mentioned before it is best to start out small rather than as a lord immediately or else you’ll need to manage far more than simply a few people’s happiness at once, instead you’ll need to worry about keeping officers happy, worry about spying on other lords, and much more though this also means that players will often be able to take on various problems however they see fit, making this a great entry for fans of strategy games.

Nobunaga’s Ambition: Sphere of Influence – Ascension hasn’t seen a whole lot of visual improvements over the original entry in the series. The various changes to the civic development and the ability to get a closer view on combat is a nice plus and hlps keep things fresh but don’t expect a whole lot of attention to detail in some regards, especially since battles and some textures are incredibly simplistic looking. 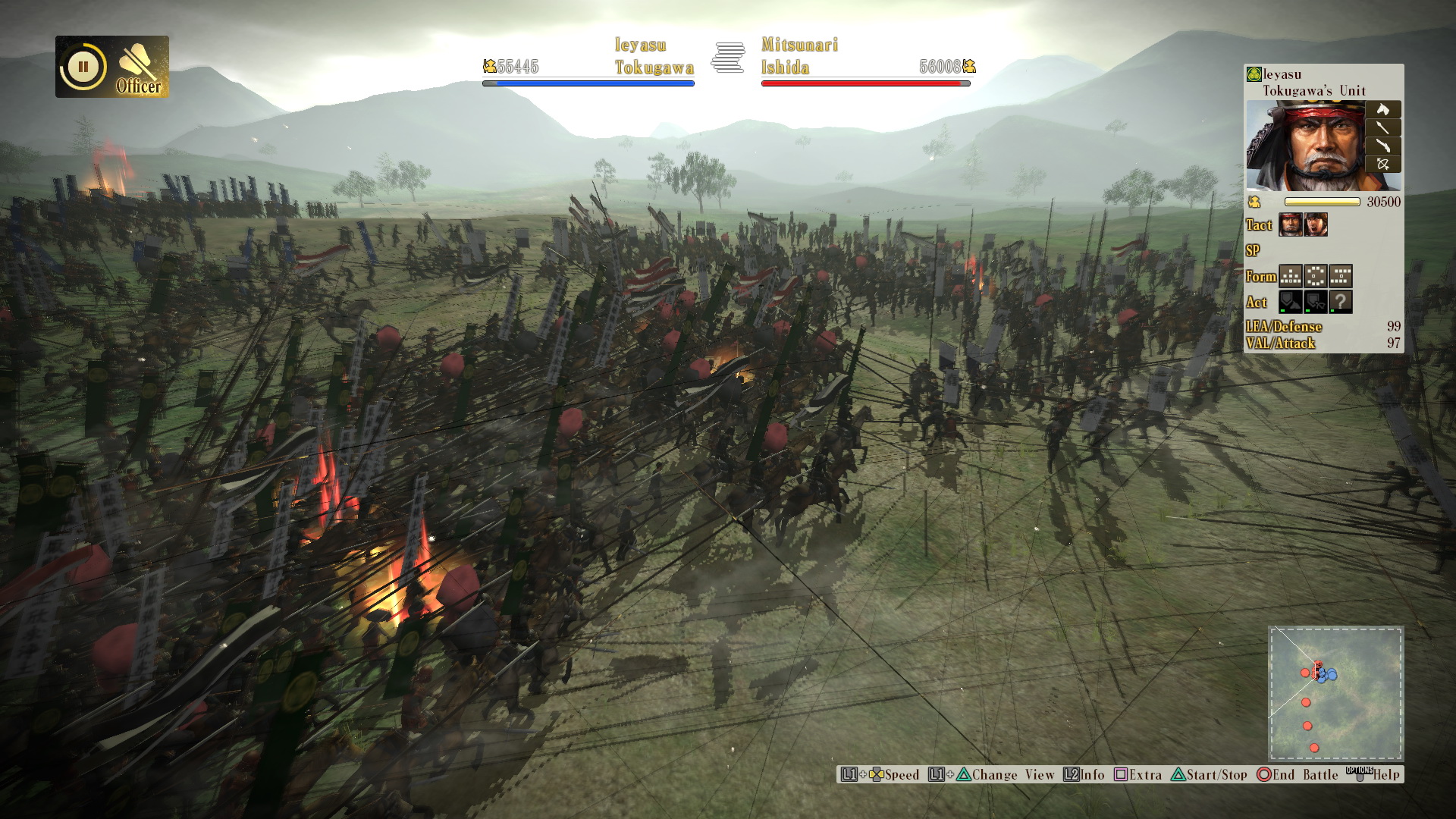 That being said, the drawings of character portraits remain a huge positive as the amount of detail put into giving each character a unique look, at least through their portrait, is appreciated. As far as the soundtrack is concerned, players can expect quite a few pieces of music that fit the period well plus a number of heavier tunes to match up with action of a battle.

Nobunaga’s Ambition: Sphere of Influence – Ascension adds extra layers to an already incredibly complex strategy game that will leave fans of the genre pleased with the amount of possibilities at their fingertips while also leaving newcomers a bit befuddled. With a tutorial to help players get a long, most of their time with the game will still be spent struggling against the various interfaces while also testing their skills along the way, making for a title that will take a while to learn but is satisfying once you do.

Nobunaga’s Ambition: Sphere of Influence – Ascension adds may still be as daunting of an entry for newcomers as the original but adds extra details that will leave strategy fans eager to dive into the series once again.
8