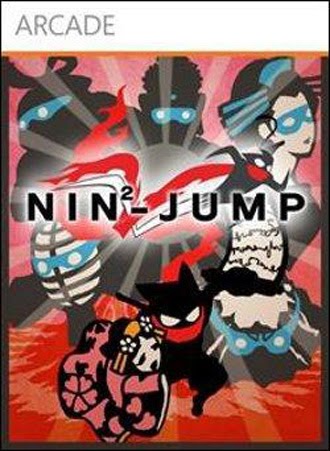 Overview
Welcome to show ladies and gents! Nin2-Jump plays out just like a puppet show – short, beautiful, and short. Oops, I said short twice. So let’s, “Yō I Do N!” (Ready, Get set, Go!) 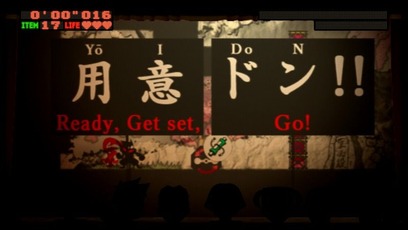 Story
In an Eastern country there was a ninja named NIN-JA. He was in love with a princess named Sakura whom trusted NIN-JA dearly. NIN-JA did not act on his feelings towards Sakura because he was a respectful ninja.

An old legend of the Eastern country said that if a ninja were to possess all of the secret scrolls of the land he would gain powers of an awesome ninja. NAMAKURA, president of an evil corporation called AOMEKAKUSHI, wanted these scrolls so bad that he requested NIN-JA to find them. But NIN-JA did not want to help the evil president. Fed up with NIN-JA’s reply, NAMAKURA decided to kidnap the princess and demand NIN-JA to bring him the scrolls else the princess would be harmed. Infuriated, NIN-JA began his quest.

Gameplay
Nin2-Jump offers five worlds with nine playable levels in each. After completing the ninth level, a boss stage is encountered. NIN-JA must defeat the boss using his acquired abilities in order to advance to the next world. 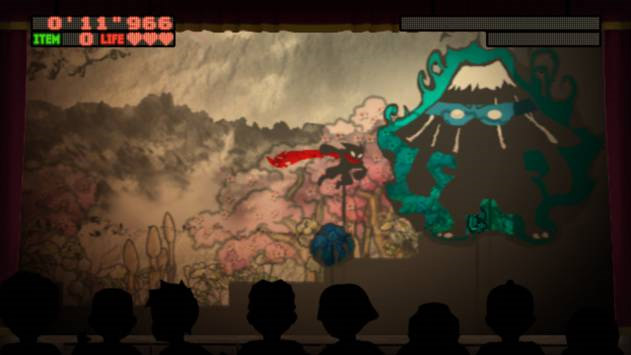 Initially, Nin2-Jump provides a simple gameplay where the player can only jump to finish levels. Each level contains secret scrolls that must be collected in order to open a torii, a gateway to more scrolls. Ranks are determined by how fast a player reaches the torii. There are five available ranks to attain: S, A, B, C, and D. 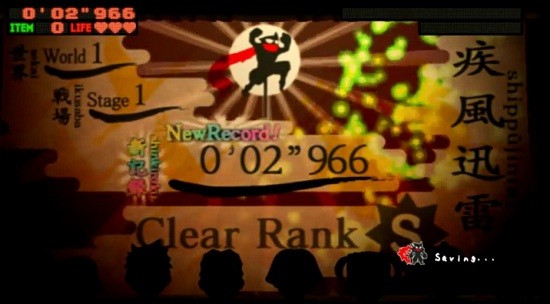 After completing the first world, NIN-JA learns how to use a new ability that acts like a grappling chain. Using the chain on any solid object will bring you closer once you release the ability button. Failing to release the button may cause a few deaths while starting to understand the ability’s mechanics – I know from experience. If you grapple a spike, you are going to go head first into it. There are also anchors generously located through later levels to help with navigation using the chain. 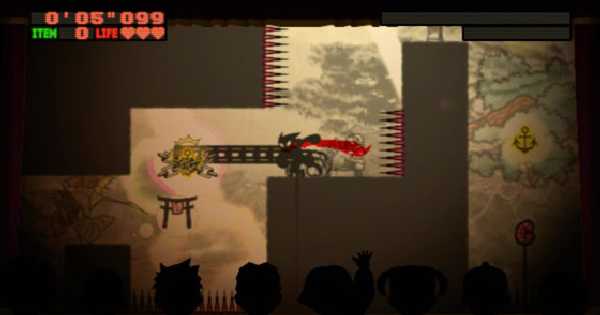 The last ability that is gained is the power of ninjutsu. Finally having a power to attack, NIN-JA can take down enemies with a simple touch. His ninjutsu is powered by the amount of scrolls the player has attained throughout a level. His power levels drain with continued use ,and the player must collect more scrolls to replenish the ability. 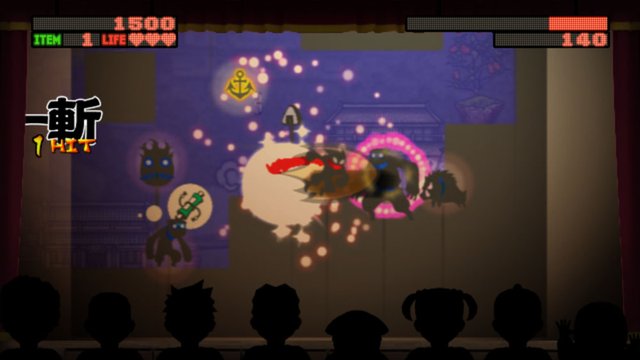 Not many enemies are encountered until later in the game. If a player takes too long moving through a stage, a creature named DEATH appears and follows NIN-JA. By not finishing a level quick enough, multiple creatures will spawn and with a single touch take life away. Even after acquiring abilities NIN-JA cannot defeat DEATH, but he is able to push the creature away with ninjutsu. Ninja monkeys, bats, birds, and other miscellaneous creatures may obscure you from your road to victory. You may either avoid or use ninjutsu to destroy your enemies. Larger creatures such as bats and monkeys may take a couple hits to be destroyed.

Graphics/Audio
The graphics and audio for this game will receive the highest and lowest praise. Being unlike any platformer I have played before, Nin2-Jump gives the appearance of a puppet show being watched by young children silhouettes. I thought this 2D concept was unique because the children would react to your movements – especially dying. The children’s voices may be cute at first, but I soon found them to be an annoyance after every close encounter. “Silence, fool! I know that a death creature is coming!” Sorry, got a little excited there.

The backgrounds for each world seem very fitting. Four worlds are directly related to the seasons: spring, summer, fall, and winter. Seeing a snowman in the winter stages gave me a slight chuckle. Even though the background looks like painted sketches, it fits the puppet theme very well.

The audio is a cute, slightly annoying curse for the game. I believe that it was made in the sense of bridging cultures together by displaying English text with Japanese audio and symbols. The only reason I became annoyed is by the multitude of the times I died then hearing “Deep Regret” in Japanese over and over.

Overall
In conclusion, Nin2-Jump was a fun tidbit of Japanese platformer that deserves a look for a decent price. One downside is the game can be beaten in a relatively short amount of time. Granted there are 50 levels to explore, but each level could average 30 seconds of play. Game mechanics are simple for anyone to pick up but challenging enough to try and receive the best rank. With unique design and an interesting puppet show theme, Nin2-Jump really shines as an innovative platformer. 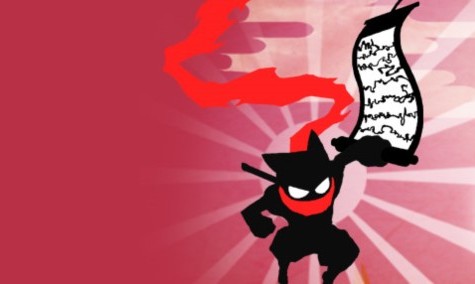 Nin2-Jump uses ninjutsu to get