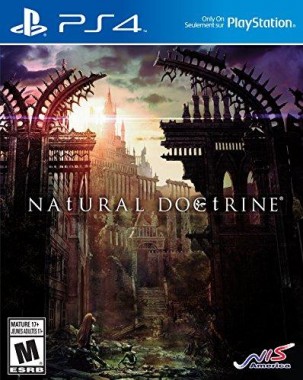 Overview
When Demon Souls came out years ago, it brought us a deep challenge that was all about memorization, attention to detail, and responding to repetition. It was the ultimate test in trial and error, and though its merits may be up in the air for some, there is no denying the impact the franchise made due to the heavy amount of copycats that followed shortly after. NIS America decided to take that same style of play and implement it in a new strategy RPG by the name of Natural Doctrine. Sure, you will die, even the trailer mentions that countless times. The question is with this new release is does one formula work in another genre. Well, the results are in. How does Natural Doctrine fare? Let’s find out.

Story
Typically, the story is the most important element of a strategy RPG. Titles such as Fire Emblem and Disgaea deliver rich worlds to the player, full of meaningful and memorable character interaction. While there is a tale to be told within the post-apocalyptic land in Natural Doctrine, it all comes off as cliche and extremely lacking, with paper thin character development and cringe-worthy dialogue segments. I know, most might be thinking that it is all about the gameplay, but in any title that is brutally hard, why should we as the audience settle for anything less than average? 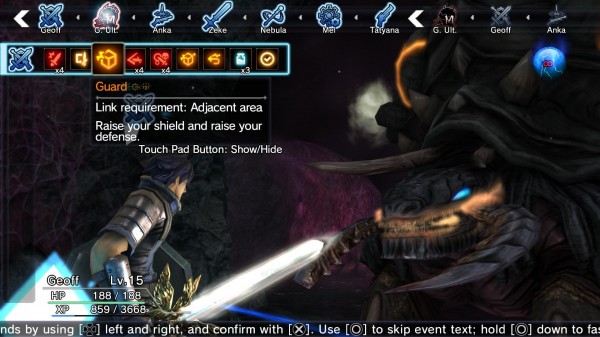 To its credit, there are some moments that do not revolve around the main protagonist Jeff (yes, Jeff) that are enjoyable, such as the solo scenes of backstory – and more specifically Anca, who honestly is the most interesting member of the cast from the moment the game starts up. I guess I have become a bit more critical over the years with narratives in RPGs, but even with that its hard to truly recommend this title when it comes to a story – as again, the one here simply exists as a reason to get from point A to point B.

Gameplay
The gameplay in Natural Doctrine is a lot to take in. I can not put that lightly. While this title is set up like a more modernized version of your standard, typical strategy RPG, there is so much going on that not participating in the tutorials provided at the start is like buying a ticket to a never-ending “Game Over” screen. Even with those little tutorials however, we never really get to learn about advanced tactics that come later, as Jeff and company have to participate in trial and error to survive. Trial and error is fine, but there is a nice line between trial and error and freedom in a game, and you will quickly learn that the line is jumped over several times as you have to continuously set up your tactics in only one specific way to clear battles. 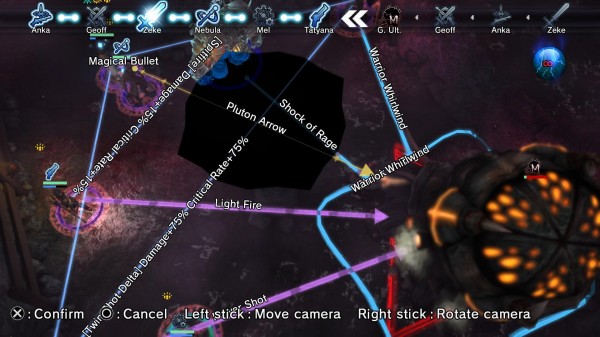 Linking is a unique feature that allows players to line up in a pattern on the field and team up to take down a specific area of foes without interruption from an opponent’s turn. In other words, you can do a great deal of damage by using this strategy by treating all of your characters as one unit, as they all will attack at once. This is something that needs to be on the top of your mind as you set up your characters, as if you put several characters in the wrong spot or too close together, they can suffer an instant death at the hands of a boss or larger enemy. Its a clever mechanic at heart, as proper linking is honestly the key to victory, and the added boosts of attack and defense are crucial at times to simply survive. 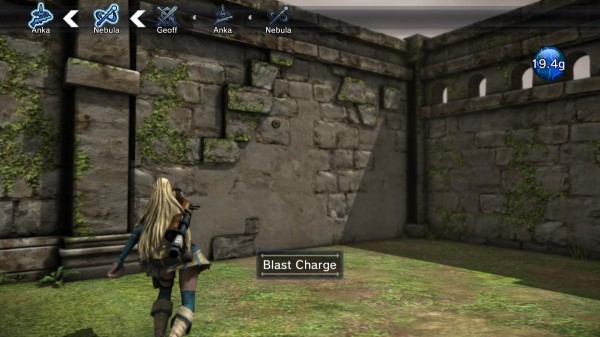 With each great feature that is presented comes a lot of deaths and frustration just to discover the basics within the game that were not really provided in the tutorials. For instance, if you want to open a chest, you cannot do so on a linked turn. Even when you do collect loot, it usually holds nothing of substance, so collecting loot can be a risk if the enemy is quickly approaching. The skill tree for each character is actually really simple to use, but again – can cost you big if not utilized correctly. As with most RPGs, characters who level up are awarded points that can be spent upgrading the large skill tree, but if you level up the wrong attack at the wrong time and miss out on something that is needed to solve a puzzle or hit the weakness of a foe, you are punished by having to do what could have been a twenty minute battle all over again. 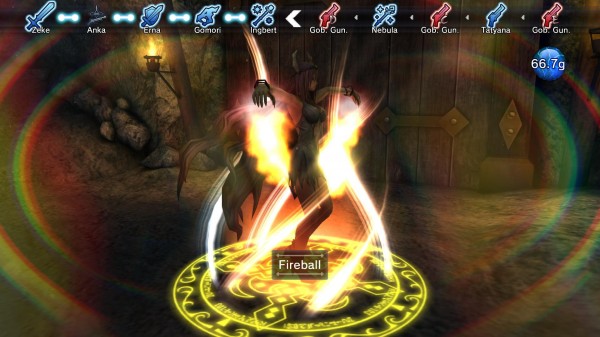 Natural Doctrine has too much depth for its own good as it seems to want to reward players with a satisfying, “hardcore” experience, but delivers too little of payoff for the amount of frustration you have to trek through to victory. Imagine finishing a large wave of enemies, and feeling excited to move on – only to find out that the character that just opened the door to the next area was killed instantly by a foe. Sure, you can dust yourself off and try again, but eventually it all gets tiring and tedious. The amount of layers of strategy within the game will exite fans of the genre instantly, but their lights are sure to dim in minutes as they discover an illusion of a challenge, with a hard difficulty masking shortcuts and shortcomings in the gameplay department.

Visuals & Audio
The visuals is Natural Doctrine are honestly fine for a strategy RPG, as the character models are detailed well, the gore is on point (yes, there is a good amount of blood), and while the environments are stale and plain, the cutscenes look decent when playing out in front of you. That said, for a Playstation 4 title, I would expect a little bit of push from the developers to make this title look better. You know those cheap, greenlight games on Steam? Well, I have seen a lot of RPGs that look a lot like this one on the service, as there is just not enough going on at any time to pull the player in. The HUD does not help matters either, as all of the strings of text from linking and enemies covers the screen in extremely ugly font that kills any immersion the player might have with the atmosphere quickly. 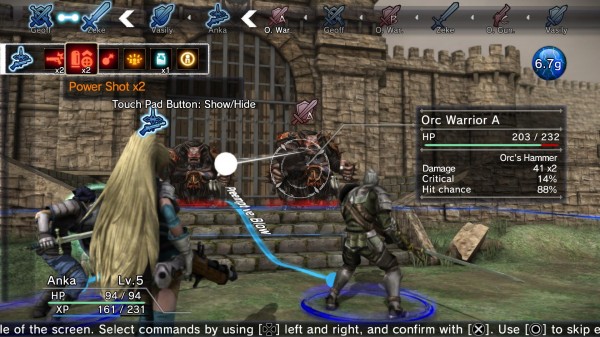 I normally can get past bad voice acting, but Natural Doctrine’s work was a bit too rough to forgive. Hearing Anca slowly speak “no, stop.” as she is hit or having the characters go back and forth with pointless banter is hilarious for all of the wrong reasons. The music is also very out of place, as intense rock sets the scene for something as simple as a goblin walking through a hallway. The sound in this game is bad, but there is some weird sense of charm about it all. Sure, its terrible, but its a lot of fun to watch.

Overall
Natural Doctrine wants to be that game that is so hard that it becomes the next great challenge on consoles. Sadly, Kadokawa struck out here as no matter how hard you make a game, you have to remember that there is a human at the end of the controller, waiting to be entertained. With a thin story, deep – yet unsatisfying – gameplay, a cluttered mess of a HUD, and laughable voice overs and music, Natural Doctrine is too much of a chore to enjoy. I am sure there will be some patient souls that can click with this title, but most will want to pass on Doctrine as while it shows promise as well ambition, it never pulls itself together enough to deliver in the end.