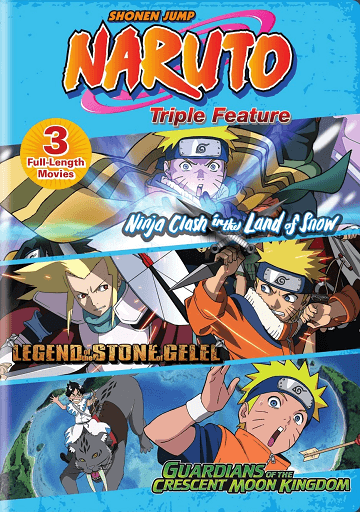 Overview
After running for fifteen years, the Naruto manga has come to an end and in the next couple of weeks, the final Naruto movie will be released in Japan. It has been a long time coming but Viz Media isn’t about to let fans forget about a series such as this. As such, they have recently released a triple pack containing the first three Naruto movies; Ninja Clash in the Land of Snow, Legend of the Stone of Gelel, and Guardians of the Crescent Moon Kingdom. Is it worth returning back to the early years of Naruto to experience these films once again?

Story
Unlike the other movies included in this release, Ninja Clash in the Land of Snow is likely the most memorable for fans of the series thanks in part to the way it was handled in the States as well as how different it is from the rest of the series thanks to the fact that it not only includes movie theaters and steam engines which have never appeared in the series since. 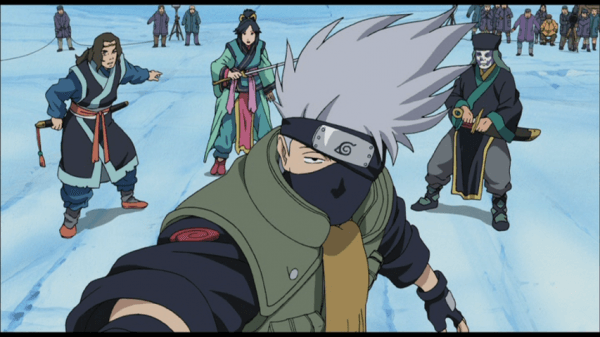 Anyways, this first movie sees Naruto, Kakashi, Sakura, and Sasuke working to protect a famous actress named Yukie Fujikaze as she films her next movie. Shortly into the filming process, the crew comes under attack by shinobi from the Land of Snow, revealing that not only is Yukie a princess, but she also possesses an artifact capable of unleashing a hidden powerful source of chakra.

The second film, Legend of the Stone of Gelel, features the Hidden Sand Village coming under attack by enemies wearing strange armor while at the same time; Naruto, Sakura, and Shikamaru are trying to catch a lost ferret as a mission. During this time, they come across the same type of enemies that attacked the Hidden Sand Village and in the process Naruto is separated from the others and finds himself alongside Temujin, one of the men wielding the bulky armor who works under a man trying to create a weapon of legendary power called the Stone of Gelel. 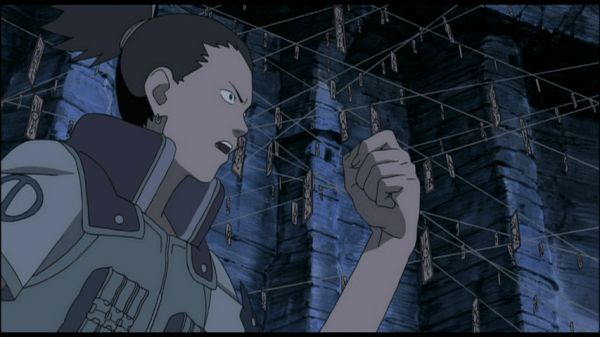 Finally the third film, Guardians of the Crescent Moon Kingdom, sees Naruto, Rock Lee, Kakashi, and Sakura hired to protect the extremely wealthy prince of the Land of the Moon as he continues his travels. With both the princes and his son being so wealthy they are able to buy whatever they want, their irresponsible and bratish attitudes see the pair not only misunderstanding the ways of the world but also find themselves in the middle of a revolution as a new power has risen up to try and take the Land of the Moon for itself.

While this triple feature may offer fans a chance to revisit some of these old films at a low price, it also reveals one flaw that is hard to avoid and that is how formulaic each of these movies happens to be. Every movie features the new main character being introduced as an unlikable character before they are then grown slightly over the course of the movie as they deal with the nefarious schemes of their opponents before being forgotten about as soon as the film ends with Naruto’s signature move. 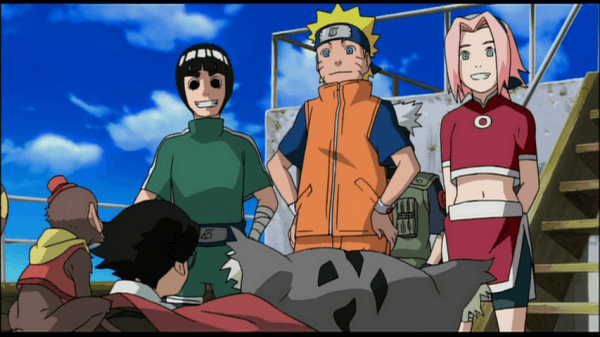 This happens with the bitter introverted Yukie, the rough and cocky Temujin, and even with the annoying duo in the final film. It also doesn’t help that the very first film, Land of Snow, also happens to be the best of the lot as it is evident that every movie after that was given less of a budget and it appears that the writers simply ceased to care about what actually was happening. Likewise the action generally always plays out the same way as well, though I will admit that the enemies in Stone of Gelel are at least rather interesting thanks to their powers.

Visuals
One thing that is interesting to watch over the course of these three movies is how the budget and quality continued to drop as they went on. Studio Pierrot made a number of nice animation decisions with Land of Snow as the fighting sequences moved fluidly and the quality of all of the character designs remained quite impressive. This continues into Stone of Gelel, though the cracks start to show in regards to the way that the enemies are designed. 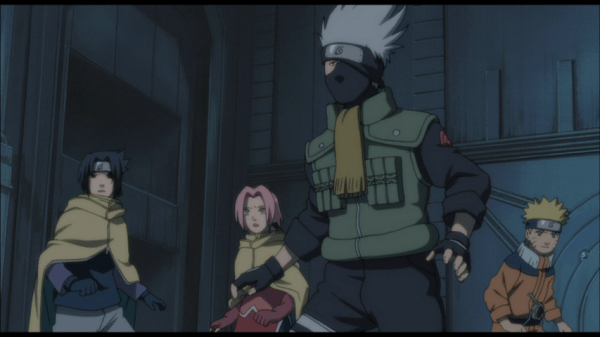 Although their powers make for an interesting fight, the transformations are rather lacking overall and the background scenery which was spectacular in Land of Snow takes a hit this time around. Then now with the third film, it appears they simply stopped caring. Everything from the designs of the characters to the fighting scenes appears off in this film, giving it a cheap feel worse than any of Naruto’s original filler.

Audio
One thing that is nice about this collection is that each movie contains both the original Japanese voice track as well as the English dub that fans are likely familiar with. Both of these voice tracks hold up quite well and the new characters fit in well with the rest of the cast. 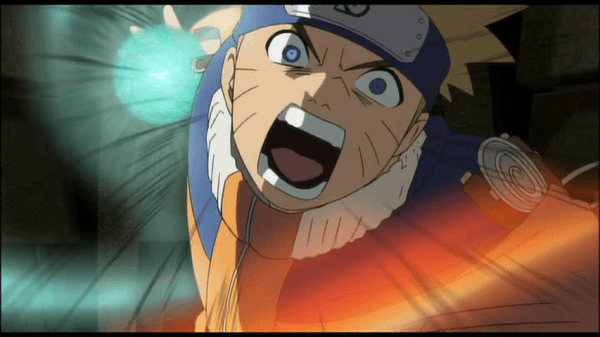 A noticeable issue however is that nearly all of the background music found in these films seems to be simply reworked background themes from the original Naruto anime. This does work as a nice callback to fans of the original Naruto series though it would have been nice if some new themes were implemented to help change things up a bit over the course of these movies.

Extras
This Naruto Triple Feature comes with a small number of extra features for each film contained on a separate disc. The first disc features a ten minute long special called “Hidden Leaf Village Grand Sports Festival” which is a fun watch, as well as standard extras such as movie trailers and a sneak peek. The second disc is a bit different as it offers a “Naruto Guide” which pops up information about various terms and techniques as they appear. This is a nice addition for those unfamiliar with the series, but doesn’t really add too much extra to the film. There is also a full commentary track featuring the director and voice actor and this is repeated on the third disc with Crescent Moon Kingdom featuring only a commentary track.

Overall
By being released at such a cheap price, those who pick this up will find at least one good movie, one decent film, and one that ultimately feels like it is best forgotten. This Naruto Triple Feature is perhaps something that is best watched separately over the course of a week as many of its glaring issues will be less noticeable. At least those looking for some decent action with a variety of different locations and some nostalgia for the old Naruto series will find a small amount of pleasure watching these films despite their problems.