Overview:
Creative Assembly backed by SEGA has brought RTS fans some of the greatest games in the forms of the Total War series. The pinnacle of their success was Empire: Total War which was one of the largest and most advanced RTS around today. Napoleon: Total War will be picking up the century after Empires left off, in the 19th century. Players will be placed in the Napoleonic era of France and dominate the known world (at that time).

Story:
There are four different campaigns to choose from within Napoleon: Total War. Three of which will place you in the role of Napoleon Bonaparte, while the fourth will have you facing down the namesake of the game. Two of the campaigns are unfortunately short and structured with very little room for maneuverability. This is because they follow the storyline of Napoleon’s younger days as a leader and are structured to follow a certain path.

All is not lost however as the final two campaigns; The Mastery of Europe and Campaigns of the Coalition provide the full openness of battle one would expect from a Total War game. Mastery of Europe will provide you with Napoleon at his strongest moment in history; where he began to take over the entire continent of Europe. On the other hand, you can play as the Coalition containing Great Britain, Russia, Prussia, and the Austrian Empire. In this mode you will level your guns at Napoleon in the hopes of destroying the Frenchman’s reign of power. You will have to decide which to choose, though both are available for play at any time. Will you conquer or protect? Or by conquering will you be protecting the people from themselves? 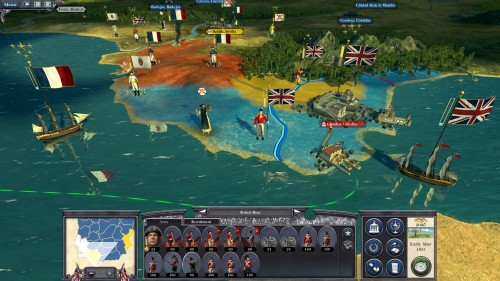 Graphics:
Being as this is a PC release the graphical capabilities of the game will result mostly upon your processor speed and your video chip. Though Napoleon: Total War has the capability to show over a thousand units on the screen at a time without the need for excessive system parameters. Not only that but each and every different type of unit is well designed and believably realistic in appearance.

The fog of war caused by the amazing smoke effects from musket and cannon fire is a nice addition as well as it reacts effectively to the surroundings. This can cause the battlefield to vanish momentarily simply due to the amount of shooting going on. When developers take enough time to incorporate smoke effects to such an extent; you know the details are amazing. And by far they are, as each environment you play in is extravagantly detailed so there are some heavy PC requirements for the top settings, though the recommended settings are listed above. However even on one of the higher quality PC’s frame rate will begin to suffer under heavy battling. So be prepared to modify your settings quite often depending on the situation. 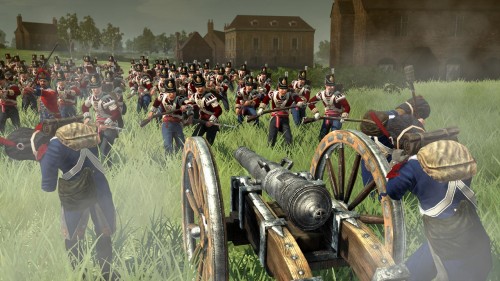 Gameplay:
Now as I mentioned before the gameplay is split up into four separate campaign modes where you will be battling through. Initially the two campaigns of a younger Napoleon serve vaguely as a structured tutorial to Waterloo. While another campaign will feel just like a standard Total War game where you control Napoleon’s forces against the entirety of Europe and hold it as yours, defying all history. There is the additional campaign as well for fighting against the French and destroying Napoleon before he gains a foothold.

But enough about what was previously mentioned, onto the Generals and how they will play a part in your effort to either dominate or protect Europe. Generals are selected from a pre-determined roster and you may select a certain number to command your soldiers. Each General has their benefits and as in any real life battle, a good General can mean the turning point to a war.

There is a small issue though when it comes to the Generals in Napoleon; they are far too fragile. Generals die quite often throughout the game; and sometimes the old saying works best. Cut off the head of the snake and the body will die afterwords. Generals are able to be murdered either through assassination or plain combat; which ironically is quite like real life in that circumstance.

The turns for actions in Napoleon: Total War are only two weeks in length and the recruitment and enlisting procedure for even a unite of infantry takes longer than that, so the creation of soldiers takes a few turns but then again, wouldn’t it in real life as well? When your soldiers happen to die however, be it in battle or attrition they will slowly start to replenish as time passes. This will only occur while your in allied territory though, if you are in enemy territory you are on your own. 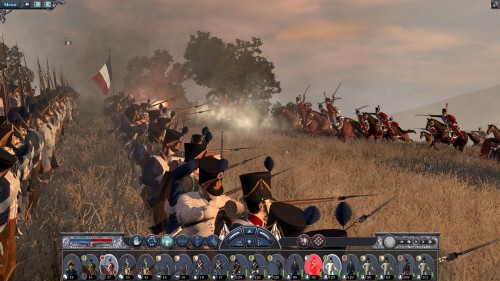 One interesting addition to the gameplay is the part of field attrition. This means that while your army is traveling or camping in the middle of an extremely hot desert or freezing cold winter, your army will start to die. As in any war in the past soldiers died often to the elements and this is no different. It requires thoughtful planning and watching of weather conditions to navigate safely into these territories and avoid the loss of your entire army just to the weather alone.

There is of course your standard way to die as a soldier too, and that is in combat. Ground combat takes place on small maps, which means combat happens much faster. There are still plenty of tactical uses that you can take advantage of, but overall it makes the battles happening more intense which is beneficial.

Ground combat does have an issue however when you begin fighting in an urban environment. There are times that while fighting and defending a city, your forces will be unable to shoot over a building which they clearly are able to. However the enemy AI itself stutters quite often during this battle. Artillery will occasionally stand there and do literally nothing. This occasionally happens in simple field battles, where the AI will suffer a momentary lapse of judgment and fail. 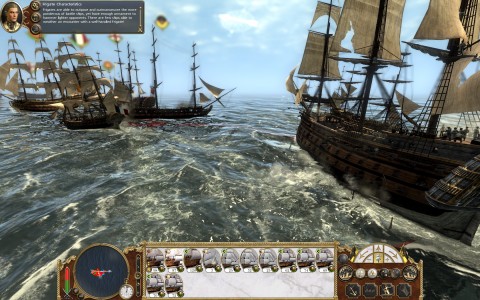 One amazing part of the game was the naval combat. The naval battles are some of the most enjoyable parts of the game, though occasionally they do take an excessive amount of time. During battle your ship can be repaired partially and fix up damage that would otherwise cause your ship to sink and cause an extreme loss of life and supplies. Ships have an extremely large amount of variety, and are balanced well. Ships with an excessive amount of armor will ride low in the water and travel slow, while ships with a large amount of firepower suffer higher damage because of the excessive cannon slots.

When you take over a province or a city you have a variety of options at your disposal. You can choose to either hold their land as a captive, loot the land and leave the people with nothing, or there is also the ability to liberate them and take them as your own people. Personally I preferred the later option as you do not need to expend forces to defend it, but it will angry your opponents much faster than normal, but then again your not trying to make friends are you?

Multiplayer:
Now for the multiplayer, which is a little unique in this version of the game. Friends on your Steam list and random strangers will have the option to randomly jump into your enemy AI’s position on the campaign. Which means on occasion you will be playing against a human opponent when you usually would be facing an AI player in campaign mode. This is good in ways but bad in others as some opponents you face will purposely mess up just to allow a simple fight, while others have a skill level much higher than your own and will defeat you. 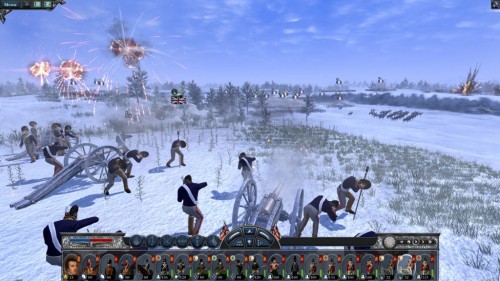 There is also the option where you can have two different players join you in an allied campaign against the French armies. Bear in mind though that standard online battles will take a long time. This is due to the turn based way the game works and can cause long pauses in the gameplay. There is no major problem here nor a bug as it was meant to be played this way, but it does take away from your standard Campaign experience.

Overall:
Besides the occasional quirky AI and the heavy, but adjustable, graphical demand Napoleon: Total War is a must for any fan of the Total War series or even a fan of RTS. The structured campaigns help provide a helping hand to those who are just getting acclimated to the game, and the full campaign is one of the best you will find as you conquer or save the world.

I give Napoleon: Total War