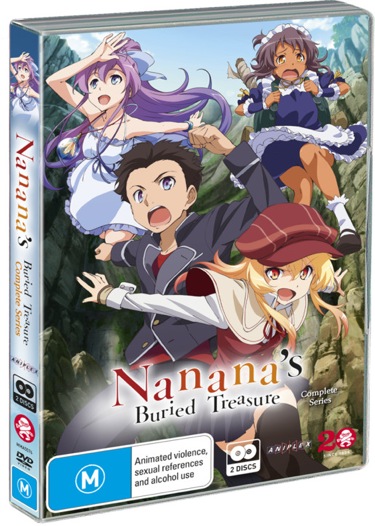 High school student Yama Jugo is disowned by his father. As a result, he is forced to move to an artificial island and transfer to one of the its high schools. He pays a large amount of non-refundable money to Maboro Shiki, the owner of an apartment block, in order to be able to move in its Room 202. As soon as he steps into the living room of that apartment, he discovers that someone is already occupying it. Shiki claims that no-one was living in the apartment just before Yama moved in, and this claim is true. The mysterious person is a ghost of a person who was murdered ten years ago and cannot pass on knowing that her killer is still on the loose. The ghost, Ryuugajou Nanana, collected a variety of magical artefacts from around the world while she was alive. These artefacts comprise ‘Nanana’s Collection’. Yama decides to work with Nanana to find her buried treasures and use their powers to track down her murderer. 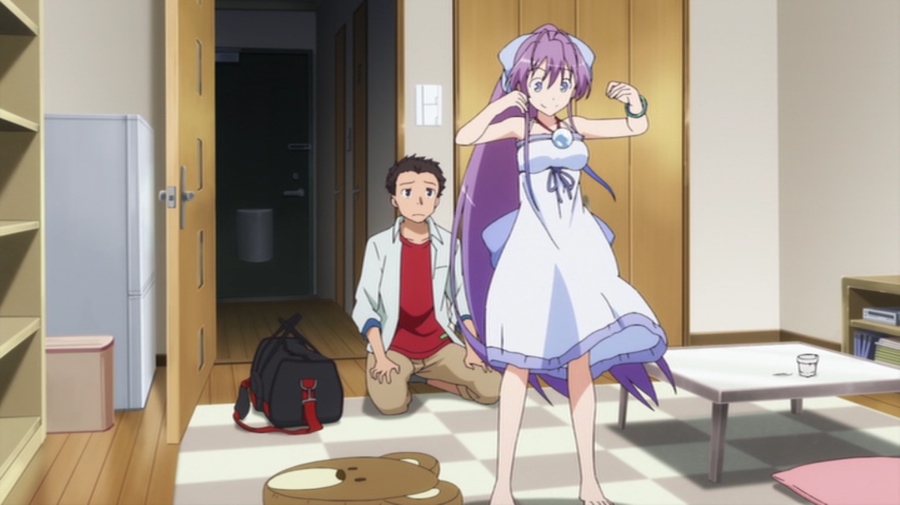 Yama Jugo initially seems like every other male audience-insert character found in an annoyingly large number of Japanese series. The first hint that this is not the case is his exposition about his ideals and the fact that his father kicked him out of his home. It is gradually revealed that he indeed is not an ordinary teenager but the son of the leader of an organisation of bad guys known as Matsuri. First impressions are not always what they seem in this series, giving its introduction a welcome level of unpredictability. Isshin Yuiga, the president of the Adventure Club, also betrays the initial impressions he gives. The Adventure Club is an extracurricular group at Third High School that was created with the intention of collecting Nanana’s Collection. Yama joins this group, along with his ‘rival’, the master detective Ikkyuu Tensai, and her assistant Hoshino Daruku. Tensai demonstrates an extraordinary ability to observe things that others overlook. She uses this skill to get through the first ‘ruins’ that we see the club visit. Unbeknownst to Tensai and Yama, who are alone in the ruins with Isshin, the club president has his own goal in mind. When they open the chest containing a powerful item from Nanana’s Collection, he uses it to trap them in the ruins and then leaves with his obsessive and possessive vice-president Yuu. What follows is a series of increasingly intriguing mysteries and solutions that maintain a constant level of surprise and fun.

Betrayal is a common theme from this point, but the story mostly avoids taking things too far and being too ridiculous. This adaptation does not adapt the entirety of Kazuma Outorino’s original manga series, which is currently ongoing, but these 11 episodes end with a powerful message after exploring the themes of power and corruption. Whether the goal of the story is to find Nanana’s killer or not does not matter; these 11 episodes present one of Japan’s best detective stories since Death Note. Solving mysteries in Nanana’s Buried Treasure is a whole lot of fun, but it should be mentioned that multiple questions go unanswered in this adaptation. 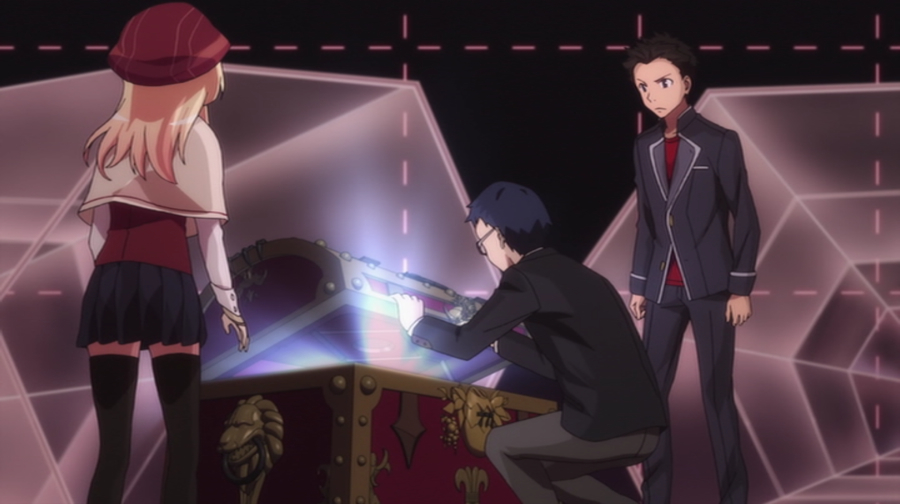 One of the many fantastic elements of this series is its setting. Given that it is set on an artificial island, it is most likely set in the near future. The ‘ruins’ in which the items from Nanana’s Collection are hidden are not the kind of ruins that the word suggests. The ruins are mechanical rooms filled with deadly traps, complete with a massive treasure chest in the middle. The artefacts inside are intricately designed, and their powers add a supernatural touch to the series. The blending of contemporary settings, such as a high school, a club room, a shopping mall and an online gamer’s apartment, with ancient and mechanical locations creates a surreal but almost believable world. There is no need to travel to an alternate dimension in this series; the out-of-this-world events and locations all exist right here in this version of Earth. The characterisation is not as strong as the setting, however. There are some particularly annoying characters, such as the vice president of the Adventure Club. Some interactions between characters do not make any sense at all, so this is an adaptation best watched for its setting and its plot, even though it concludes while trying to be a character-driven series.

Original character designs are hard to come by these days. In modern anime, it generally involves different hair colours, different hairstyles or unusual clothes. The cover art of this release alone is enough to show that some thought has been put into the designs of the main characters, and this impression holds up in the series proper. Yama Jugo stands out as having a somewhat different appearance from the ever-growing group of male audience-insert characters. Ryuugajou Nanana has a carefree appearance, wearing a simple dress and an unusual necklace that may in fact hold a mysterious power. Master detective Ikkyuu Tensai is about right for a young Sherlock Holmes-esque character, but perhaps the most uncommon character design is that of Tensai’s assistant Hoshino. He is not a female, as his appearance initially suggests, but actually a ‘trap’, as the subtitles put it. ‘Trap’ characters are not all that common in anime, and unfortunately are not a realistic representation of transgender people. Additionally, he has an obsession with Tensai’s saliva that is more perverted than in Mysterious Girlfriend X. 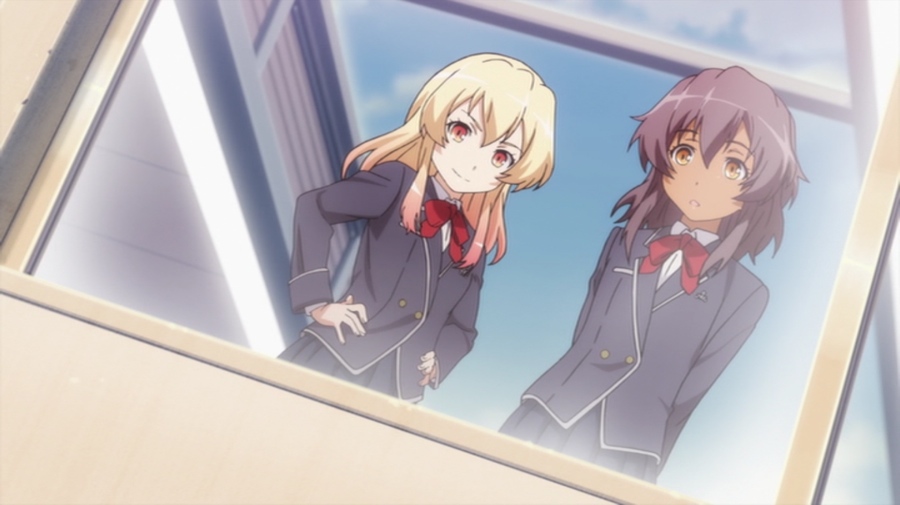 The background music is every bit as excellent as expected from composer Keigo Hoashi. He is hardly a prolific composer, especially in comparison to the more famous Japanese composers, but his music is mysterious, fun and everything else that background music should be. His skill at creating music for any scene is strongly evidenced throughout. In particular, he composes music that enhances the sense of mystery and adventure, both of which are fundamental themes in this series. The voice acting is consistent with the voice acting in most other Japanese series, i.e. it does not stand out, but does not disappoint either. The subtitles are fairly well-translated, but they unfortunately cannot be turned off. 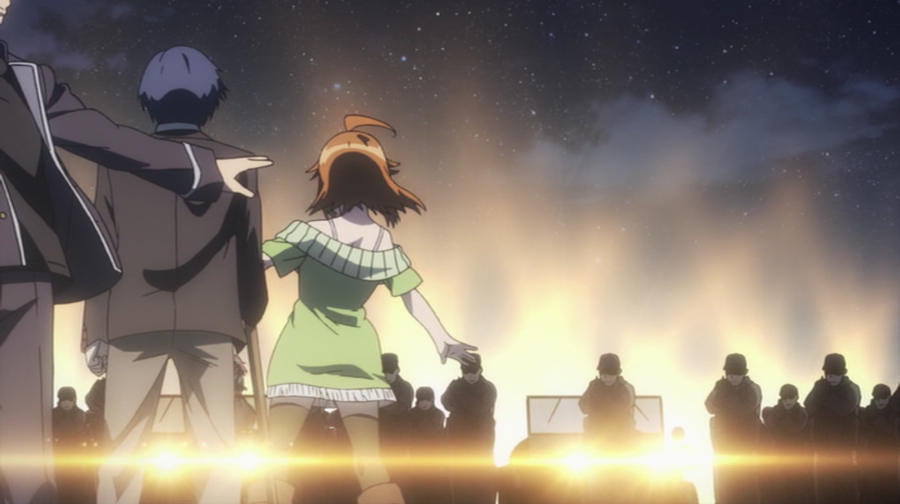 Nanana’s Buried Treasure has an intriguing premise. Murder mysteries are not new, and neither are detective stories, but even the synopsis of this series shows hints of originality. Just like in a Sherlock Holmes story, we receive an explanation once the action is over as opposed to while the mystery is being solved. This technique is highly effective at making viewers second guess their own solutions to the mystery. Ulterior motives, stories from the past and interactions between characters are frequently different from what they seem to be. Whether or not the bad guys are really the bad guys and whether or not the good guys are really the good guys both come into question, but the plot rarely feels clichéd. The presence of overused tropes is as unfortunate as ever, although they are occasionally used in entertaining ways here. This is no doubt one of those series that will provide a vastly different experience upon the second viewing. It can be silly at times, but only a few things ever detract from the viewing experience. The fusion of a slightly futuristic setting and classic genres and the clever use of setting and the concept of magic result in a brilliant anime series.

Nanana's Buried Treasure has an intriguing premise and well-suited music to accompany it, but this adaptation leaves some things unexplained.
9