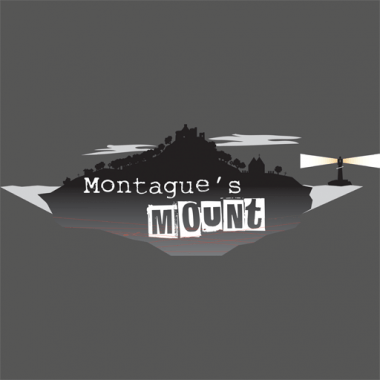 Montague’s Mount is a psychological horror game from Irish developer Matthew Clifton, AKA Polypusher Studios. It is the first game to be released by the independent developer, and also features Oculus Rift support. Unfortunately I didn’t have the necessary kit to test it out!

The game is entirely first person, putting players in control of an amnesiac fisherman who wakes up on a desolate beach. The game is based on a true story and also features some use of Irish Gaelic. You can check out a preview here.

Montague’s Mount bills itself as a psychological horror. To that end things start off well enough, with the main character awakening on a grim deserted island somewhere off the coast of Ireland. With no memory of who he is or how he came to be washed up on the deserted beach, he sets off to explore the island in hope of uncovering his identity and finding a way to escape. 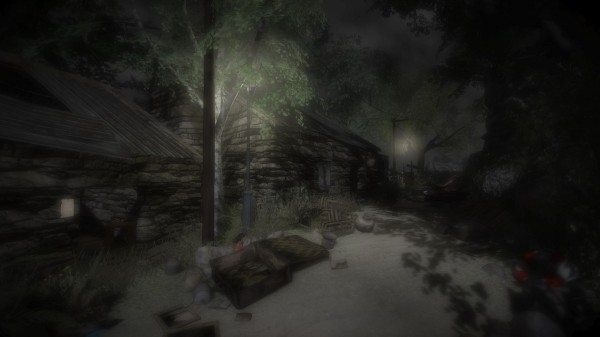 The atmosphere is great, all haunting music, trembling voice over and half heard screams. It makes you feel uncomfortable, and makes you think that bad things are lurking around every corner. You can hardly see what you’re walking into, and the deserted buildings and flickering shadows add to the unease.

Those early expectations are the high point of the experience. Montague’s Mount never goes anywhere with its plot, struggling to make a point, develop its character or even deliver any scares. It is slowly paced, with precious few details that actually reveal anything.  There are quotes that flash up on the screen talking about mental illness and the sparse dialogue tries to push the insanity agenda, but any attempt at actually getting the player to feel a little crazy is hamstrung by the gameplay – more on that below.

The final nail in the coffin for Montague’s Mount is the ending.  What keeps you going throughout the game is the hope for a great payoff; a horrible, shocking, grisly climax that will make the hours you’ve spent trudging around dark and dingy beaches worthwhile. What you get is a plug for a sequel.

The gameplay in Montague’s Mount is a simple combination of exploration and point and click puzzling. The controls allow you to walk around the island, with a click for examine and another for action. You have a limited inventory for items that are used to solve puzzles. The controls work well and there are no major problems with the mechanics of the game. I experienced one wobble when I used a log to climb over a fence that I should have solved a puzzle to open, but a reload solved the issue and did the puzzle for me! 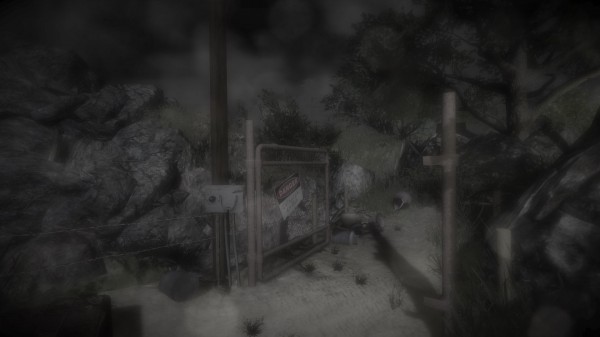 Exploration is hampered by the pace of the main character, who shambles along at an appallingly slow rate. Initially it isn’t much of a problem, but when you’ve soaked up all the atmosphere and start to back track across the island, things start to grate. What was an appropriately grim atmosphere becomes wearing, the repetitive sound effects begin to take their toll. Things get boring, and you tune out while you toddle along the beach at a snail’s pace.

And there is nothing to distract you while you’re poncing about. The darkness obscures much of the scenery whilst the rain lashes on and on and you’re left stumbling around in the dark wandering why it is that you’re still bothering. For tension to be an effective tool there’s got to be a release of it at some point – but the scares just never come.

Montague’s Mount has two types of puzzle. The first is standard lock and key fare; hunt around for an object and use it to activate another. The dark, debris strewn environments can make finding things quite tough, but if you get frustrated you can always activate the hint system that illuminates important objects with a red glow. To activate this you have to quit the game, which given you often get stuck between check points means increased backtracking as you repeat the first few steps of a puzzle. Increased, extra slow, backtracking. 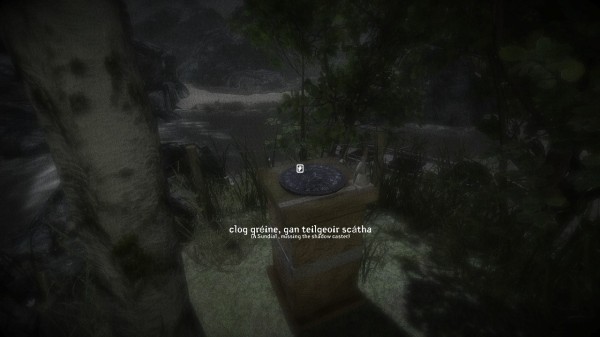 The other puzzles seem to be aiming for some sort of logic. There are incredibly weird setups on the island, such as a bridge lowering mechanism that is activated by decoding the flashing light of a buoy into Morse code, using the letters to identify a colour and then using those to dictate the placement of some wooden spinners on a wall. Similarly aggravating is the puzzle that requires you to gather six candles to open a gate. There are candles EVERYWHERE but the ones you want must be some sort of special candle, so you can’t take any of the dozens strewn around the place.

There are plenty of games that thrive on having slightly weird point and click puzzles, but Montague’s Mount doesn’t have the wit to pull off weird. The illogical puzzles are totally at odds with the otherwise realistic feel of the game. There are achievements to unlock and collectibles to be found, but any will to seek them out is crushed by the banality of exploring the island.

Montague’s Mount has a great atmosphere but the gameplay mechanics kill it stone dead. If the whole thing is a clever ploy to actually drive you up the wall then it certainly works in that respect, but it’s a very irritated sort of crazy that it inspires.

Montague’s Mount is characterised by a visual bleakness that plays well with the story. The island is shrouded in darkness, with the occasional spot of light letting a bit of colour seep back into the world. The shadows and the dimly lit paths make you feel lost, and there is the odd moment where your brain turns a shadow into something more. Some of the useable objects can be very difficult to see without the help system, but scrabbling around in the dark is probably largely the point. There is a lot of debris scattered around, and the objects do repeat at a noticeable frequency – why are there so many pine wardrobes on this island? 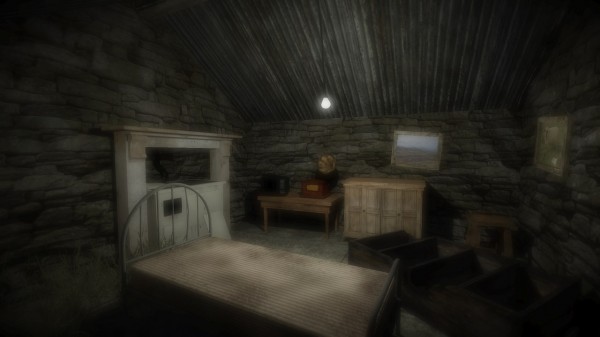 The music is quite beautiful in Montague’s Mount. It gives the atmosphere a mournful feel and also feels appropriate for the Irish setting. There is some good use of sound effects too, with the half heard screams of a woman being quite unnerving whilst you’re still settling into the game. Otherwise it is a bit light on effects, leaving the constant rain to fill in the majority of the soundscape.

The voice acting on the main character is good but is ultimately hampered by a poor script that gets worse as the game goes on. There is a lot of time spent walking around in silence, and it’s a shame that there aren’t more reactions from the main character to the things that he sees. You never get an insight into his thought process, making it extremely hard to care about him.

The opening half hour of Montague’s Mount has some promise. The atmosphere is great, the set up hints at a story that will deliver, and it gives you a main character that could be descending into madness. Unfortunately every decent element of the game is mutated into just another irritation by the slow pace of the gameplay and the complete lack of any climax. The puzzles are bland, the exploration is tedious, and to be left hanging on a flat cliff-hanger is the final insult.