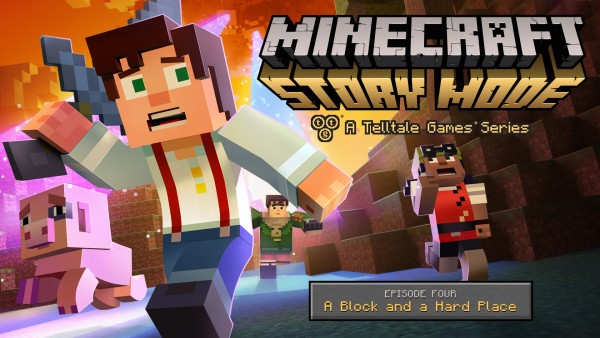 Overview
Minecraft: Story Mode has had many highs and lows throughout the few episodes that have been released so far but Telltale Games has managed to produce a fairly satisfying title up to this point. With a faster release schedule than usual fans of the series have been able to look forward to a new episode without waiting around too long and now we have the fourth episode, Minecraft: Story Mode: A Block and a Hard Place. With the core storyline set to come to an end this time around, have the developers managed to pull this one off successfully?

Story
Perhaps more than any other time in my reviews for this series is it worth mentioning that if you have not played through the first three episodes of Minecraft: Story Mode then you should do so before continuing because spoilers within the last episode as well as some minor ones for this one will be discussed here. 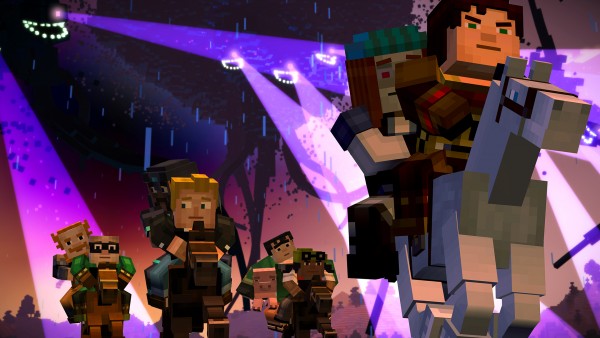 In Minecraft: Story Mode: A Block and a Hard Place the story begins immediately after the failed attempt at destroying the Witherstorm and the death of either Ellegard or Magnus depending on the player’s choice. With the threat only made more troublesome and the loss of a new ally and the retrieval of an old ally, Jesse and the gang make a hasty retreat and seek refuge inside of a cave in order to figure out what their next move should be.

With Gabriel losing all memory of who he is due to his time spent within the Witherstorm, Lukas eager to search for his missing friends who may still be alive after a hint from Gabriel, and Petra’s condition continuing to deteriorate, the group finds themselves stuck in a situation befitting the phrase that the episode’s name is referring to. This leads to a number of decisions that players will have to make regarding who will continue along with the group and who will splinter off, either to search for friends or try and recover.

Following this moment Jesse discovers that Soren and Ivor are having a meeting and it is here they learn why the Witherstorm always seems to find the group no matter how far they run. When created the Witherstorm was designed to track Gabriel’s amulet, which has been in Jesse’s possession since the end of the first episode. With the chance to slip away from the creature and track down a way to truly eliminate it, the group splits up as a small portion serve to distract the Witherstorm while the rest seek out Ivor’s lair to create a weapon capable of destroying the beast once and for all. 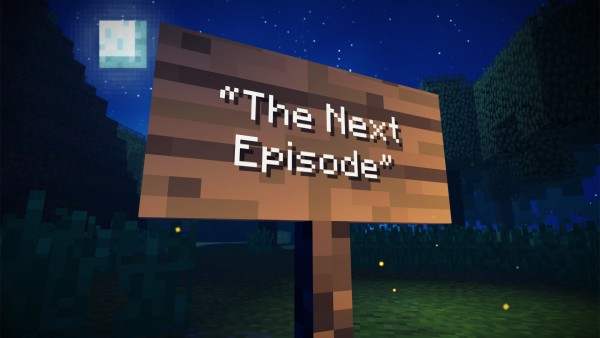 Minecraft: Story Mode: A Block and a Hard Place is an episode with a somewhat annoying pacing structure. Players will quickly find themselves in an action packed opening only to then find themselves trudging through simplistic gameplay that, if nothing else, changes up the way the episodes usually unfold by introducing various puzzles and a maze, but these moments bring the development of the characters and progression to a crawl.

Of course, everything kicks into high gear as players learn about the full and true story about The Order of the Stone, something that has been hinted at numerous times throughout the series so far as a major reveal, and confront the Witherstorm once again, this time intent on finishing it off for good. That being said, once everything is said and done Telltale does attempt to pull at the player’s heartstrings with a personal loss that, for young children may have some impact, but otherwise is unmoving and works better for the visual gag that appears shortly after by sticking true to Minecraft’s mechanics. This serves as perhaps the strongest joke of the episode as there is very little focus on comedy this time around as it is more about the action and reveal about The Order of the Stone.

Gameplay
This time around Minecraft: Story Mode: A Block and a Hard Place offers quite a bit of gameplay variety compared to what is usually been offered in the series. While players will still be spending the bulk of their time taking part in quick time events and talking with the characters, there are a number of areas that allow players to explore and learn a bit of the world’s lore. 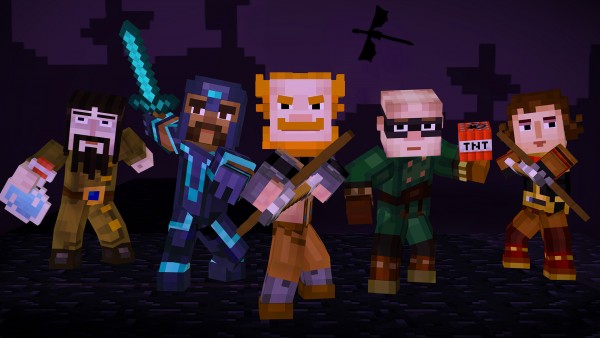 This in turn becomes something essential due to the fact that a handful of puzzles included in this episode, while easy, are dependent on how well the player pays attention to certain pieces of information that they have gathered. It is also worth noting that there are a handful of unique choices to make here, with one presenting a different late-episode situation depending on your early choice in the episode.

In fact, Minecraft: Story Mode: A Block and a Hard Place even offers player’s a variety of weapons to craft and bring into the final battle as they have the option of crafting a weapon ranging from the standard sword to more humorous options like a hoe or shovel if they feel like it. There is even the option of selecting different armor, though this is purely cosmetic.

Visuals & Audio
Similar to past episodes there are plenty of impressive looking areas in Minecraft: Story Mode: A Block and a Hard Place, especially in regards to the “Far Lands” which serve as the walls to the world and appear to be glitched portions of a map. The constant changing of locales and fluidity of the action sequences remain a delight in this series and perhaps the biggest highlight this time around is the final fight against the Witherstorm. 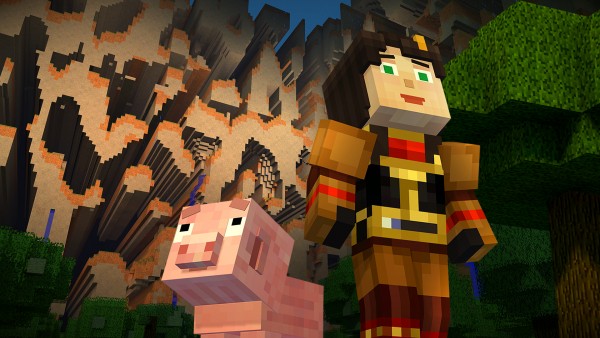 The soundtrack remains the same as before while the voice acting continues to impress as the cast continue to handle their characters rather well, though the dialogue during the aforementioned forced death does come off as incredibly cheesy.

Overall
Minecraft: Story Mode: A Block and a Hard Place brings players to the end of their journey against the frightening Witherstorm and depending on certain choices even brings out the truth of everyone’s former heroes to the public. This serves as a fairly satisfying conclusion to the main storyline of the series though does beg the question as to where the company is planning to go from this end point into the fifth and final episode.
Capsule Computers review guidelines can be found here.