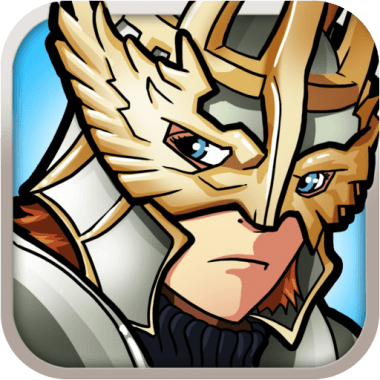 Might and Magic: Clash of Heroes is a puzzle based strategy game set in the Might and Magic universe and is a prequel to the plot of Heroes of Might and Magic V. The iOS version is a port of a HD remake. The original game was released on the Nintendo DS to positive reviews.

The plot of Might and Magic: Clash of Heroes’ plot is composed of classic fantasy RPG plot lines. Without spoiling too much, the game features five young heroes thrust into a demon uprising after their parents are brutally slain protecting the Blade of Binding. This ancient artifact is capable of take control of demons and whoever controls the artifact will dictate the outcome of the war. The story is told through short cut scenes and conversations between characters. The game is well written. It manages to stay interesting and serves as an excellent introduction to the Might and Magic world to new comers. 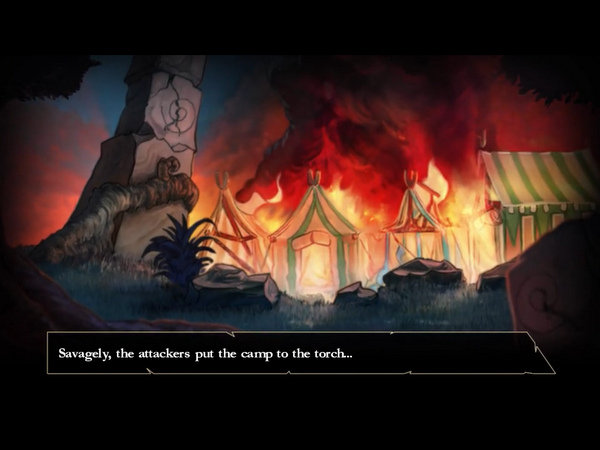 Might and Magic: Clash of Heroes combines elements of RPG, strategy, and match three puzzle games. Each battle is comprised of turn based combat requiring players to match three units of the same colour either horizontally to create walls or vertically to attack. As the game progresses, the player will be introduced to special units, artifacts, and abilities that can quickly change the tide of battle if used correctly. The puzzle elements is simple enough to learn quickly, but many battles require a good amount of strategy to win. Don’t let looks fool you, although Might and Magic: Clash of Heroes is packaged in a cartoony manner does not mean it is a simple game. Like chess, the game heavily rewards players for looking at the larger picture of the battlefield and thinking several moves ahead. 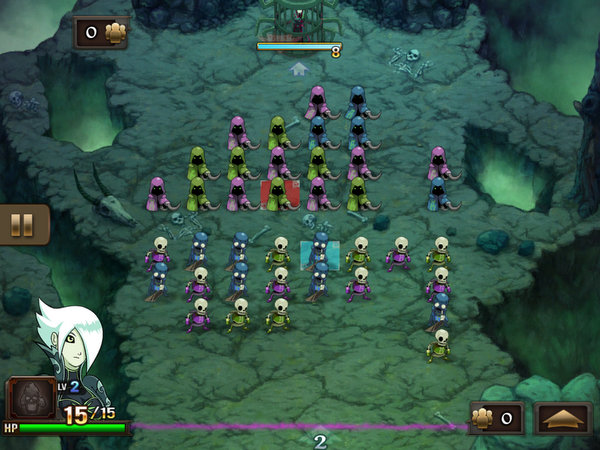 The battles are varied in nature, as there are plenty of boss and puzzle fights that take the traditional battle and change the conditions of victory. Instead of plowing through the enemy’s HP, the player may instead have to hit a moving object or complete the battle in a single move. I really enjoyed these elements as some of them are actually fiendish puzzles that stumped me for a solid hour.

Outside of combat, the game is node based movement with RPG elements. The player’s hero and their army level up, becoming tougher and more powerful. Artifacts can be equipped to provide the hero a special benefit during combat. Choosing an artifact that suits your play style actually becomes an important part of strategy. There are chests to open, puzzles to solve, quests to take on. Special units that died in combat can be purchased with the currency collected during battle and found around the world.  The RPG elements of the game are well done, complimenting the strategic puzzle combat. 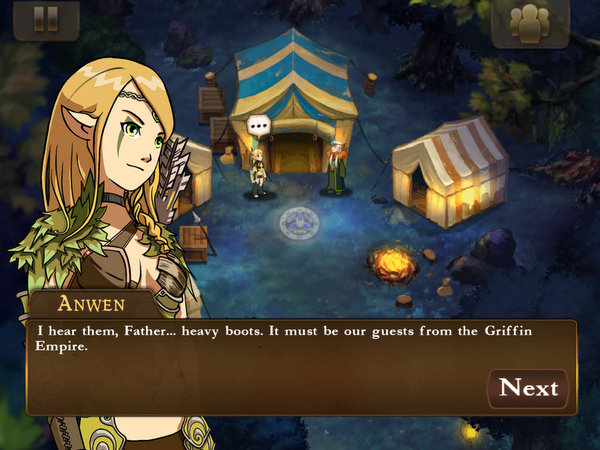 Originally, the game was released on the Nintendo DS, meaning the controls were designed for touch controls. The controls were then modified for consoles and PC in the HD remake, then were ported back to touch controls. The controls didn’t translate perfectly for the iOS. There are some frustrating moments where the game doesn’t seem to pick up the finger well, accidently moving the wrong unit or cancelling a unit deletion. I found the game easier to play when switching to a stylus. I already had issues with my small hands on an iPad and frankly, I cringe to think about playing this game on an iPhone without a stylus. 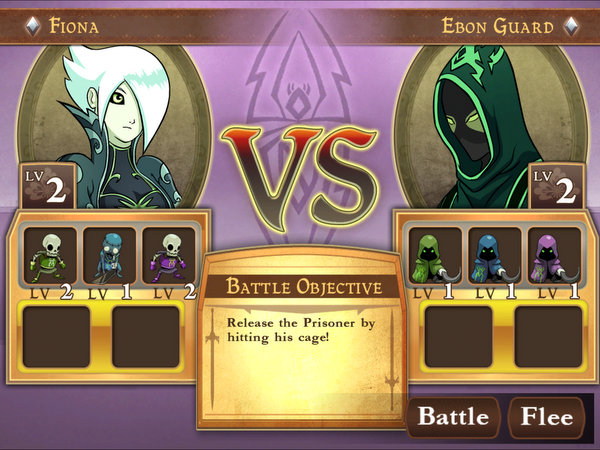 Might and Magic: Clash of Heroes is a high definition port of the Nintendo DS game. The sprites are flawless and the animations varied. Each unit and spell has its own unique attack animation. The game looks fantastic on the new iPad’s Retina display. The art quality is over all extremely impressive.

The cut scenes in Might and Magic: Clash of Heroes are fully voice acted by a narrator. I would have loved to hear a little more voice acting to compliment the game’s level of polish. The sound effects sound great and the music is great to listen to. Although the game can be enjoyed with the sound turned off, the high quality sound effects and music deserve a listen to, even with speakers. 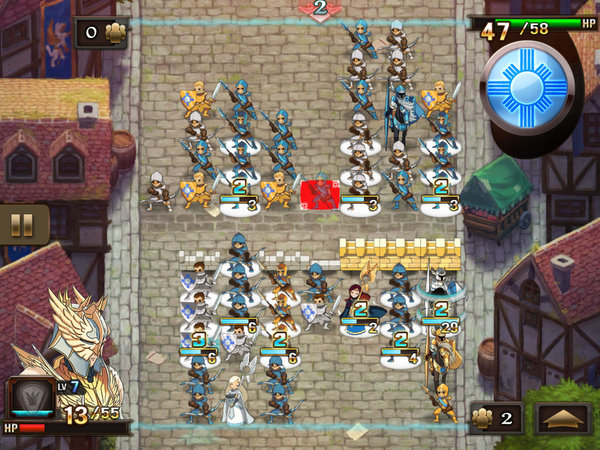