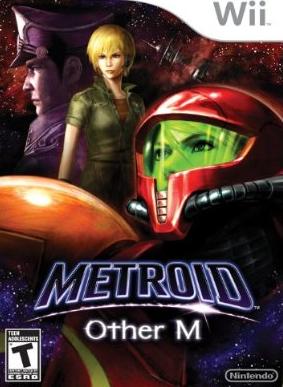 Since it’s first announcement at the 2009 E3, Metroid: Other M has been high on many gamers want lists, including my own. As of August 31st, the wait is finally over and Samus is back on the Nintendo Wii for the brand new adventure. The question is does Other M live up to the hype or fall flat before takeoff? Here is my spoiler-free take on my experience with Metroid: Other M. 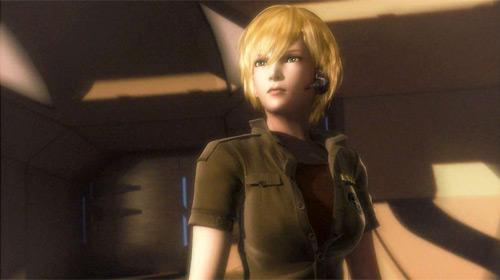 Story
The Metroid series as a whole has always had a story, standard objectives and huge worlds to explore. One thing that has always been more of a mystery has always been the main heroine, Samus Aran. Other M takes a huge gamble and does the one thing that all of the other Metroid games have not, giving Samus a back story and a voice to tell her tale.

As soon as you boot up the game you enter a huge cutscene taking place right where we left off with Samus at the end of Super Metroid. After escaping, Samus soon receives a distress signal from a space station and lands to investigate. When she arrives she is met by the Galactic Federation officers that are already on the scene investigating. In Other M, Samus spends quite a bit of time explaining more about the Galactic Federation and the officers she soon teams up with through a number of flashback sequences at appropriate moments in the game. We are also introduced to Adam who is the main Galactic Federation officer in charge and learn more over time about Samus’ past with these familiar faces as the story progresses.

Samus’ flashbacks and the current adventure at hand are all fully voiced as if she was reading her take on this adventure from a future time which I felt fell perfectly into place with the story. I think the biggest concern of many long time fans of the series was if the new characterization given to Samus would fit with the Samus we mainly know to be silent and brave bounty hunter. Yes, the newer take used for Samus’ character is different, but by no means is it terrible. Other M spends a lot of time focusing on the past events with Samus’ experience with the Galactic Federation to fully explain why meeting up with all of the soldiers brings up some heavy memories and pain from events that took place when she was much younger. Samus is by no means a cheerful person but instead torn throughout the game on past decisions and her thoughts on the newest run in with the Galactic Federation. This may sound dreary, but in this particular title I think Samus’ dark personality was fitting as it truly brought depth to the current story and gave this whole game a sense of meaning. 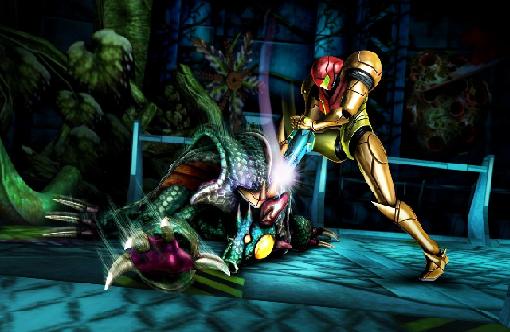 Gameplay
With any Metroid title from the past one of the most important factors is the gameplay. Using the Wii-Mote, the gameplay is mostly controlled while holding the Wii-Mote sideways from a third person view. Jumping, running, and shooting are extremely easy to execute and come off seamless and really give a whole new fast paced style to the game while keeping the Metroid series feel. For shooting in this control style, the game uses an auto-target system for enemies nearby which is useful but you must face the targets to take them out. With that being said, after a little practice this will become second nature and does not interrupt gameplay much all. I will say down the line there were a few moments I was in a pinch where my charge beam shot went the wrong way but the more focused I was on a specific target, the the more accuracy I had. One new option is the finishing blow, which can be performed in third person by fully charging your beam and approaching a weak opponent.

The other control style in the game is the first person view. Switching between third person and first is easy as you just flip the Wii-Mote vertically to quickly enter the camera change. I was very impressed on how fast and seamless this came across. First person view is mainly used for scanning objects and firing missiles at a precise target in the game. There are also moments of the story that will automatically switch you to this view to focus on a certain scan point or enemy. A lot can be missed in third person so scanning is a must to uncover items and new areas within each part of the game. 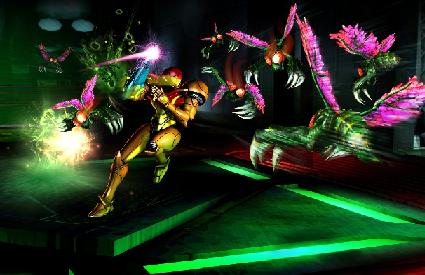 It wouldn’t be a Metroid title without the well-known arsenal of Samus and this title is no different on bringing many weapons to help you out on your journey. The Morph Ball, Charge Beam, Varia Suit and many more familiar upgrades all make their return with the new play style fully intact for each. Like most Metroid titles, you have to unlock certain weapons and power-ups as you progress through the game. Instead of finding each weapon, you must get permission from Adam to use them on your mission. (I didn’t know what to think about this at first but it made sense later on as the story progressed. Samus has a high level of honor and respect for the mission and the Galactic Federation and is obedient out of that respect, not weakness.)

Graphics/Audio
The graphics for Other M are some of the best seen on the Wii to date. Each cut scene is fully detailed and feels like you are watching a movie at times. The game also has a fully detailed atmosphere with no graphical hick-ups or long loading times to get into a new area. Each sector in the game is completely different from the next with different terrain and enemies placed on the appropriate area. Much like the gameplay, the presentation brought to Other M will feel like a true Metroid game and is truly top notch on many levels.

Many enemies from past games also make their return as well and a lot of the areas to explore I felt were added to give the game a nice nostalgic factor. Samus has a few different designs for different places within the game. Most flashbacks introduce the younger, more rebellious Samus with shorter hair and new wardrobe. There is also the Zero-Suit Samus which is well designed and is pretty much the look she used for Super Smash Brothers Brawl. The main look of course is Samus’ standard armor which can be upgraded throughout the game. I enjoyed the little details put into Samus’ look this time around as they feel new yet should still be very familiar to fans of the series. I don’t know what it is about going into the morph ball I find so visually pleasing is but since Metroid Prime this has always been one minor thing I have enjoyed and I am glad it was kept in. 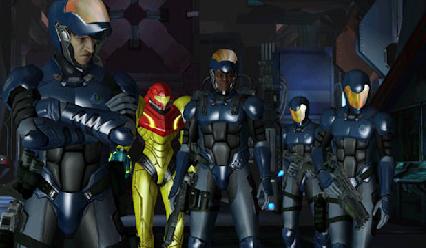 As far as character designs go, I did find the members of the Galactic Federation to have a bit of a stale appearance. I felt like the game was trying to give each a personality to each member but somehow they all kind of blended together due to this and they came across as just background characters and somewhat forgettable overall.

As far as music goes, this might have one of the best soundtracks of the series as a whole. The music fits perfectly with each area and brings out the atmosphere throughout the game. Voice acting was also well done. Samus might seem a bit monotone but for some reason I found this to fit with the character that was being portrayed. Her voice is calm but has the sense of emotion as she tells her story which stuck out and made her feel surprisingly more human. All of the characters did a decent job as well and made the story more interesting and I found myself wanting to get to the next cutscene just so I could follow the story more. 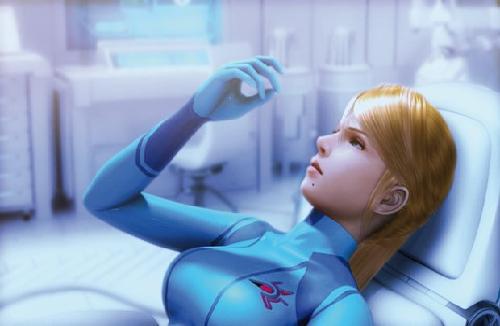 Overall
I have always loved the Metroid series and keep the games within my top series of all time. With this being said, I don’t think any game series should be judged on how close it sticks to the roots of the originals as you won’t move forward without making a jump into a new direction. Metroid: Other M takes a risk and is different from the rest while still keeping the same classic formula of a Metroid game. The story might not appeal to all, but I felt giving Samus this story made her feel more complete as a character and I was interested in everything going on in the game and moving forward to learn the full story as a whole. Samus’ character that the Other M came across as a woman who wanted to share her story. I don’t think Other M intended Samus to be taken as a happy go lucky, rough and rebellious bounty hunter that many people have painted in their heads over the years. Even if that were the case this is just one “log” so to speak of a dark period. For the most part, Samus is painted in a whole new light and we finally learn some of how her character grew into what she is today.

The gameplay is fast paced and flows smoothly and transforms the way Metroid is played yet again. The side view was nostalgic of Super Metroid and also reminded me quite a bit of Metroid: Fusion and the first person view left in some of my favorite options for Metroid Prime which had me going back to play older titles quite a bit during my playthrough. Whether your new to the Metroid series or a hardcore fan, I think Other M has something for everyone in the longrun and this title packs a punch when it comes to solid gameplay with familiar yet new atmosphere with high presentation value and a whole new action-packed adventure to be had. Samus has changed nearly every generation since being introduced many years ago and Metroid: Other M is a worthy upgrade with a brand new look and feel and a must have for any Nintendo Wii owner.

I Give Metroid: Other M