Revivals of old school games through apps are nothing new to the mobile gaming world, so the release of a Max Payne app half a month before the much anticipated release of the third game in the series is no big surprise. Max Payne is a beloved character, with a great feel about the game, and it’s no surprise that he holds a dear place in third-player shooter hearts. I mean, he’s a total badass. So, how does the game translate over to the app?

The first thing that one notices when playing this app is that it is quite concentrated on cut scenes, something that is very uncommon in games of this type. You’ll spend a lot of your time waiting at load screens, sometimes for purely a cut scene. The cut scenes themselves are interesting enough to hold attention, and not grate too much on your nerves, but if you are the impatient sort who want to just get to the action then you’ll probably get quite frustrated. 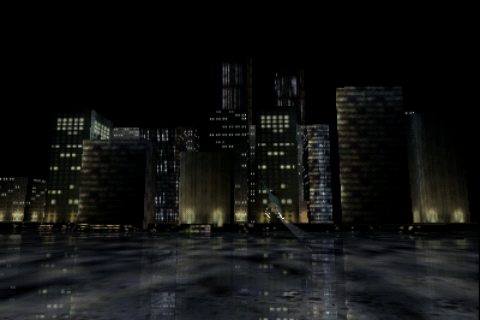 The story line is strong, and results in something that probably doesn’t speak well of the app itself. I ended up enjoying the cut scenes more than the gameplay. The story line had me far more invested and I didn’t care much for my own participation, nor did I hunger to get my trigger finger going, instead I just wanted to sit back and watch it like a movie. 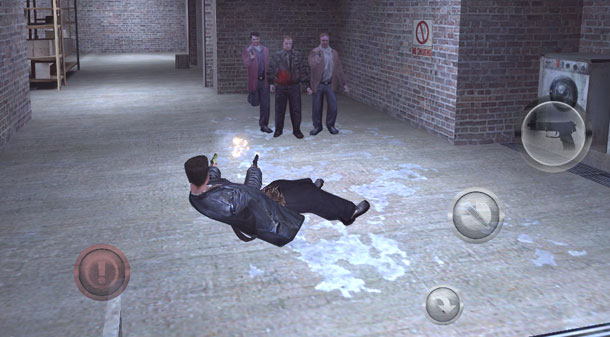 The controls are the standard that are afforded to shooters on the iOS, left hand corner is the move control stick while the right corner is the view control stick. The other controls, such as shoot, jump, and open, all appear on the right hand side of the screen. While the layout is something that I have griped about before, these are customizable and you can adjust it to whatever your preference is. My main issue lies in the way that it translates into the game. Max moves like the painkiller-addict that he becomes (spoiler alert? Does it count if it happened over a decade ago?). Navigating the worlds takes some adjusting before you stop staggering around, erasing any idea that you could be stealth or take any of the wayward NY gangsters by surprise. 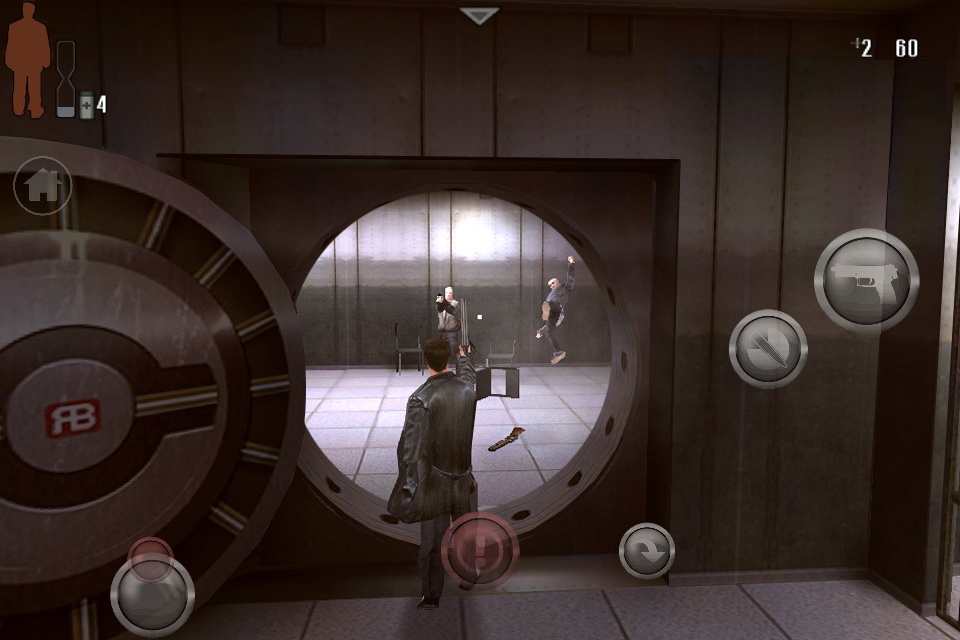 Not that they pose much of a threat anyway. A few times I took shots at them that were a little off (yeah, drunken stagger-y Max is not a crack shot), and it still managed to kill them off thanks to auto-aim. So I tried to turn auto-aim off and then discovered that I could barely manage to hit one of those damn identical character models. 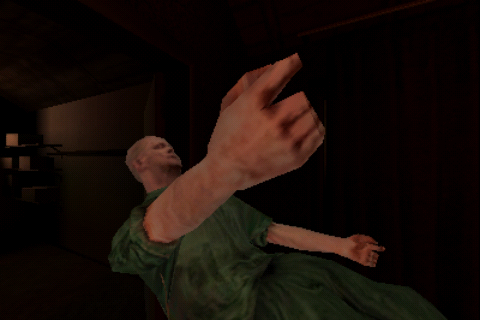 It didn’t help that Max seemed incapable of moving his gun quite in the direction I wanted it to. So I had to turn auto aim back on, which then made me feel like I was being handed a win when I didn’t deserve it. Like I’d hacked the game, but totally by accident, and now my victories tasted bitter in my mouth. Then I stopped being melodramatic and got over it, but after noticing that I did start taking a far more lax approach to shooting, which took a little away from my enjoyment. But that’s a lot better than rage quitting. At the end of the day, it was a fairly necessary feature for the app. Of course you also have Bullet Time, the signature move of Max Payne. Although this can make you launch into a wall or a piece of furniture, which is kind of awkward.

In terms of frame rate, you run into issues if you don’t have the latest hardware. And the graphics aren’t really anything to brag about. While the cut scenes are the most entertaining and interesting part of the game, the graphics in them aren’t always superb, and during the gameplay the graphics degrade even further. However, it has been ported over from the original Xbox/PC game, so it can’t be held at fault completely for the lackluster graphics. 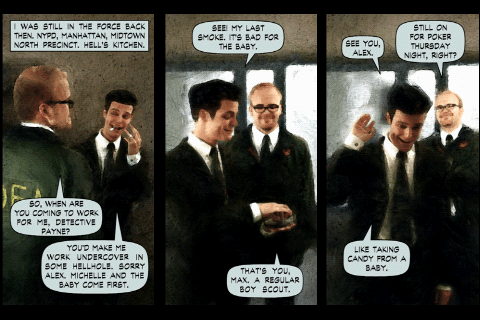 One thing I loved about the visual style was the included ‘comic book’ style cut scenes, which roots the game firmly into the noir genre. This is something Max Payne is well known for, and it would have been a huge omission. The animation of the comic book panels was minimal, but carried themselves well enough.

The voiceover is one of the things I love most about the game. Max’s raspy voice brings yet another aspect to the storytelling of the game, and it makes up for the underwhelming graphics of the game. The soundtrack is also another great aspect that connects the game with the popular franchise and I never thought it was too out of place or bumbling, it always seemed to sit nicely in the background and help create an environment.

Max Payne is a faithful recreation of the original game for the iOS, with the full campaign available in the app. Which makes the price fairly fair, but that is balanced of course with the lackluster graphics and the controls which can become quite frustrating over time. Still, if you love yourself some Max and would like to reminisce about the good old days, then you’d enjoy the flashback.