Remember 1984? No, me either. That may have to do with the fact that I wasn’t born then. But if unlike me, you were in fact alive, then perhaps this game will be a blast from your past. Developed by UK developers Elite Systems, Match Day Collection: ZX Spectrum is a port of the classic Jon Ritman soccer/football games that started the whole genre off in the 1980’s. The three classic games; Match Day, Match Day International and Match Day II are all available for both iPhone and iPad as of today. 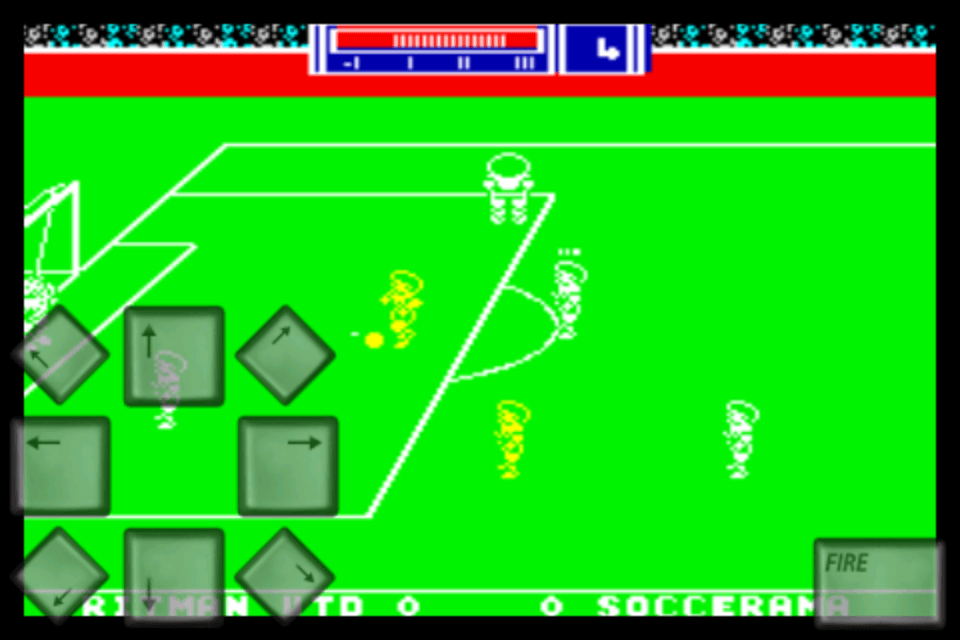 Match Day, and its subsequent incarnations that are also playable in this collection, are the forefathers of soccer games (or football, if you will). The takes place on the field, with two opposing teams – so far so good, right? The rules are the same as the actual game of soccer, as far as I can tell. But how does this virtual representation of a sporting game hold up when ported to a touch screen device? Not too well I’m afraid. Arcade ports to iOS never tend to work so well. The main reason is the lack of tactile controls. Movement within the game, at least for me, has always gone hand and hand with the hard-pressing of a key, or the trust/pull back of a joystick. I find it hard to determine where I am moving or at what speed when my fingers can continuously slip from the D-Pad or virtual-joystick. On the plus side, Match Day Collection: ZX Spectrum allows you to customise your controls and screen mode, so you can play in an arcade style frame or full screen with opaque interface, of which you can control the transparency of. I feel as if Elite Systems know it is a difficult task to emulate these games on iOS, hence their effort gone into giving the player such input customisation. The game is clearly not designed to be played by anyone, but acts rather as an homage to past games – tracing back the steps of a gaming genres to it’s roots and perhaps attempting to gain new fans. There are also a few problems with saving the game, as closing the game, or being interrupted by a notification or any other interference means losing your spot in the game. There is an autosave function, but at times this fails to work and you need to watch the opening sequence of the game again and again. 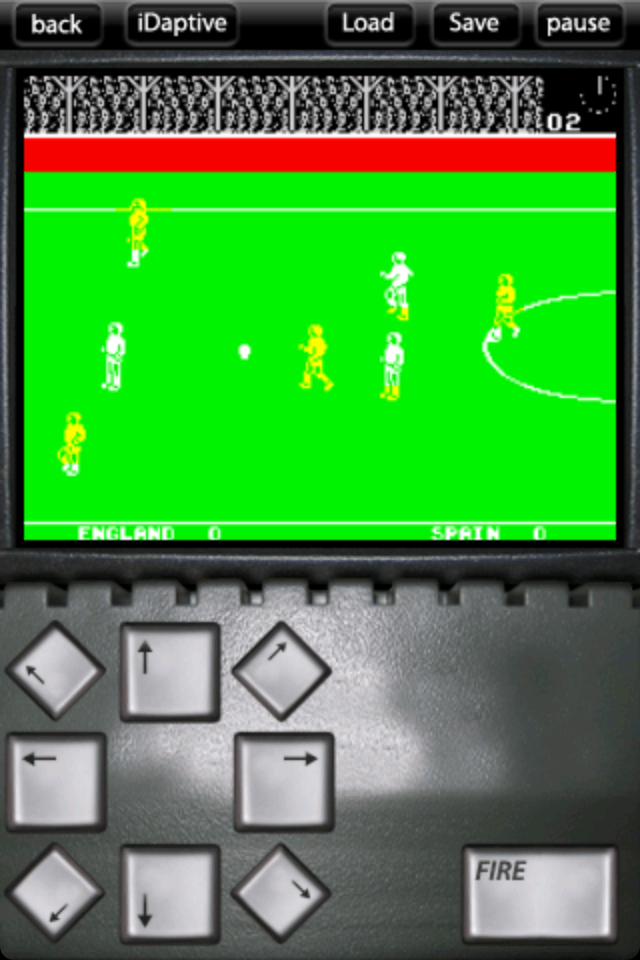 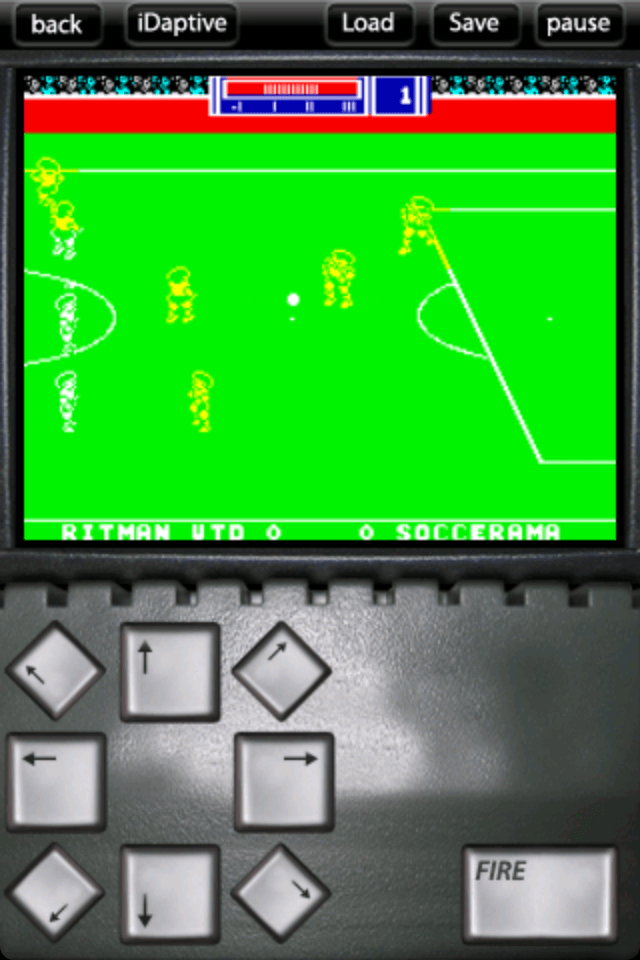 The graphics and audio have been ported to, what I can assume are perfect. Retro-game enthusiasts will be pleased with the look and sound of the game, but it’s minimalistic 8-bit style may deter new-comers from picking this title up. The designers have done a great job paying tribute to the game and should be commended. Like the controls, colours of teams and the field can be altered to suit the player – which is good as some teams are hard to differentiate, and even hard to tell what player you are controling at any given moment. 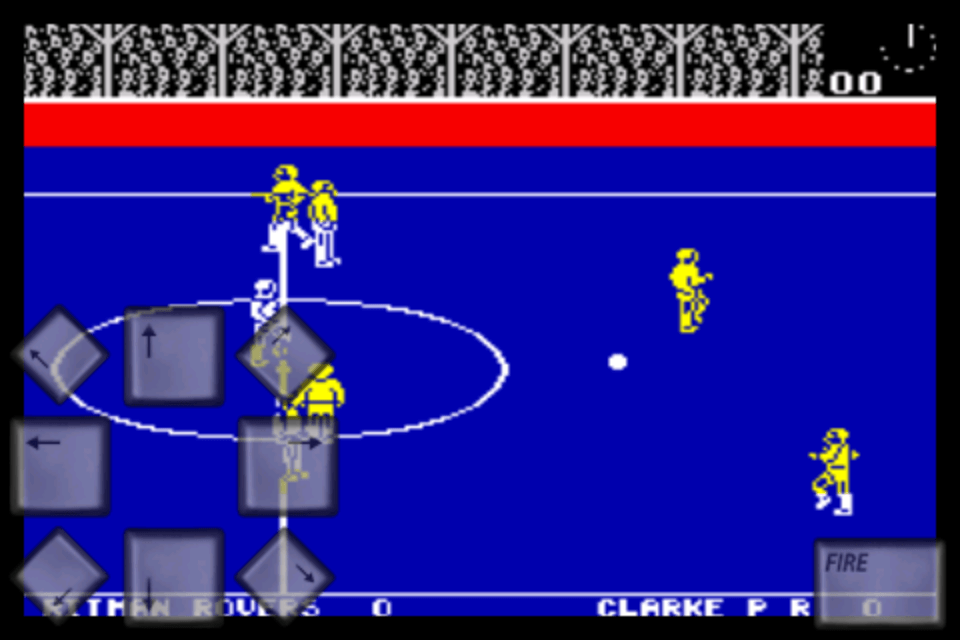 Match Day Collection: ZX Spectrum has a very niche appeal. Contemporary gamers, especially those who have been deemed ‘casual’ may dislike the game, despite it’s retro ‘feel’. Hell, forget feel, it is retro; it’s a direct port after all. Hardcore gamers may be swayed by its primitive nature, lack of stylised graphics or, whatever it is these people stereotypically cherish. The only people I can recommend this game to are the die-hard retro fans. Essentially, Match Day Collection: ZX Spectrum is a portable, playable history of videogaming. It allows owners to get a glimpse at where soccer games started, and gives them a chance to go back and play through some classic games.