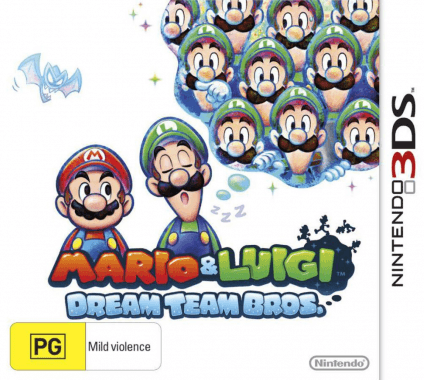 Overview
It was 10 years ago that the Mario and Luigi RPG series began. Not only that but it was 30 years ago that Luigi made his debut in Mario Bros, originally conceived simply to be a ‘Player 2’ character. He was a simple recolour of his brother Mario back then and was not even given a name until years later. Over the years, Luigi developed into his own distinct personality, the lovable goof that never could step out of his brother’s shadow. Luigi had often played second fiddle to Mario. He was the sidekick, the ‘Player 2’, the other brother, sure Luigi’s Mansion let him be the focus but it was Mario and Luigi: Superstar Saga that put him on the same playing field as his brother. Mario wasn’t the lone star of that game, Luigi shared that spotlight and in Mario and Luigi: Dream Team Bros he steals it. 2013 is the Year of Luigi and this is the game Luigi fans have dreamed of. 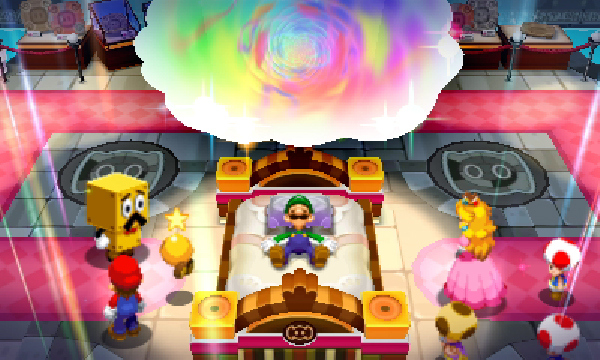 Story
Mario and Luigi: Dream Team Bros is undoubtedly the best story told in the Mario and Luigi RPG series, if not in the entire Mario series in general. The plot focuses on a trip to a resort island called Pi’illo Island, one thing leads to another and just about everything that could go wrong does go wrong. The focus quickly shifts to an ancient power of the Pi’illo people – the ability to travel into the Dream World. Soon Mario and Luigi find themselves swept up in a quest to free the Pi’illo people from their literal nightmares all the while trying to save Peach from yet another kidnapping, this time by the hand of the dastardly Antasma.

The concept of the Dream World is an interesting one at that, but what Dream Team Bros does that makes it so special is place you inside the head of Luigi. His dreams and imagination are simply wonderful, but it is the depths of his mind that really strikes home just who Luigi is as a character. In a memorable part of the game, Mario must venture deep within the Dream World to a place that echoes Luigi’s subconscious thoughts and feelings. There is a surprisingly touching sequence in which Luigi’s thoughts fly across the screen in a rather psychedelic dream state. All his thoughts are of his brother Mario. The thing that makes this sequence so touching is the way it illuminates Luigi’s importance to Mario. He says things like, “I’ll follow my brother and be there for him, now and always”, “I must protect my brother” and “My bro rocks!”. It is clear that Luigi loves his brother, but feels a sense of responsibility for him, desiring to protect him above all else. He is the rock that keeps Mario grounded.

Obviously this is the most introspective Mario game to date and one that takes a look at what defines these two brothers and their connection to one another. The Mario and Luigi RPG series has been known for its complex and colourful story-telling but none have hit the emotional notes that this one does. The bonds between these two brothers are unbreakable. They truly are a dream team. 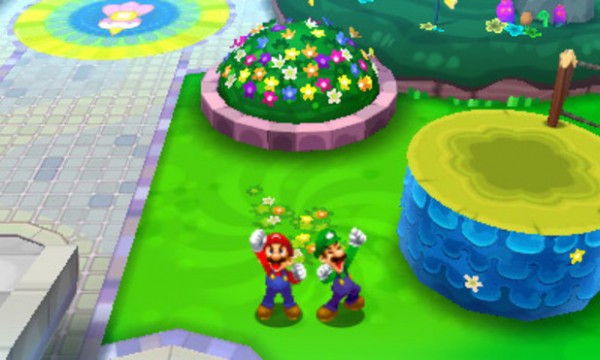 Gameplay
Mario and Luigi: Dream Team Bros features an incredible story, the best the series has seen thus far, but it also features the best gameplay seen in the Mario and Luigi RPG series as well. It takes the formula that is now tried and true and polishes it to perfection all the while introducing some new elements that bring the series to the 3DS with an impact.

The game plays essentially the same as previous installment in the Mario and Luigi RPG series, Mario’s actions are controlled with the A button and Luigi’s actions are controlled with the B button. The game mixes role-playing game elements with platforming and puzzle elements, a winning formula that the series has now perfected in Dream Team Bros. In combat many of the brothers attacks, counters and dodging relies of reflexes and timing much like a platforming game. There is of course a lot of jumping involved as is the norm for Mario and Luigi. What is really interesting with this game is its two worlds system. 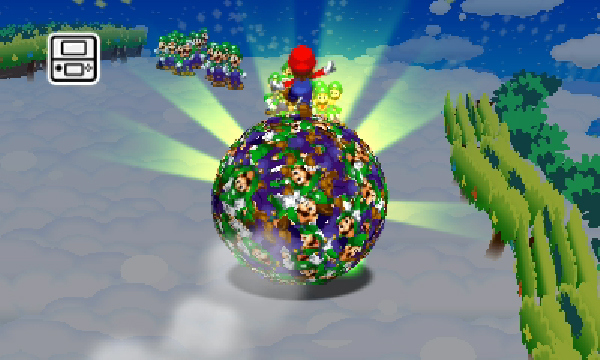 As previously mentioned, Dream Team Bros features a Dream World alongside the Normal World. The Dream World is set apart from the Normal World primarily by the fact that it is a two dimensional side-scrolling world with a heavy emphasis on platforming and puzzle-solving. In the Dream World, battles are still possible but are very different to the battles seen in the Normal World. In the Dream World, Luigi fuses with Mario and makes ‘Luiginary Attacks’ possible, some of which are utterly wild to say the least such as one that sees Mario rolling a giant ball of Luigis that he can hurl at enemies. Not only that but in the overworld you can transform Luigi with his imagination into all manner of things in order to assist with your platforming. It is all part of the puzzle solving.

The differences between both worlds make for an everchanging gameplay experience, the Normal World is more traditionally RPG in design whereas the Dream World is a psychedelic ride that mashes up genres in a way best described as chaotically delightful. Going between both worlds is somewhat addictive and ensures that there is never a dull moment for players.

What really lies at the core of Dream Team Bros though is an immensely fun game. It is an RPG game that is quite easy to pick up and enjoy no matter your level of skill with the genre or games in general. That accessibility is all part of the magic of Mario and Luigi RPG games, they are fun for everyone. 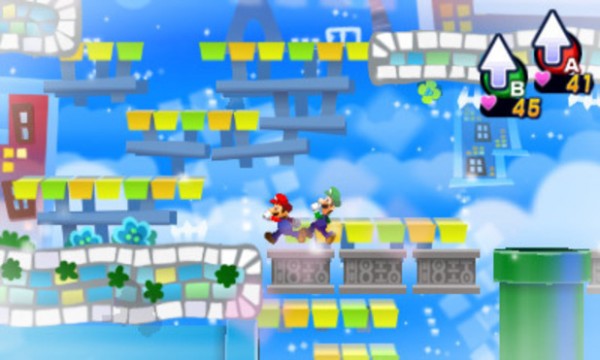 Visuals and Audio
Aesthetically Mario and Luigi: Dream Team Bros is a gorgeous game. Alpha Dream have taken the tailor-made style of the Mario and Luigi RPG series to new heights with this game. Utilizing both pixel art and 3D graphics, they have struck the perfect balance here, not going too far either way, instead balancing perfectly in between both extremes. It is colourful and adventurous in all the right ways. The visuals are not only incredibly well detailed but also quite daring. Alpha Deam have tried some new things here and they have got the balance just right, something that is well deserving of praise.

The soundtrack for Dream Team Bros sees series veteran Yoko Shimomura return to compose what is an incredible array of tunes that back the action on screen with ease. Shimomura knows just the right notes to hit here, with the incidental music covering the plucky vibes of Pi’illo Island to the dark grungy tones of intense combat. It is a great soundtrack from top to bottom and one that serves the game well. 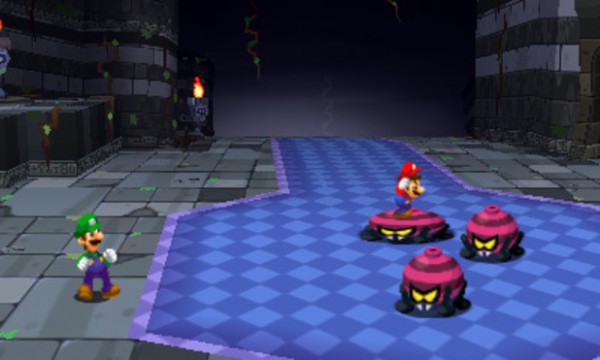 Overall
What we have here is the game Luigi has always deserved. Mario and Luigi: Dream Team Bros is an excellent game all around that showcases the incredible world of Mario that Nintendo has spent decades crafting. It is a world that is ever expanding, with each new adventure Mario sets out on. While the sun may rise again and Luigi may fall back into Mario’s shadow once more, Mario and Luigi: Dream Team Bros shows that he is every bit as important, not just to Mario, not just to Nintendo, but to us.

It seems fitting that on the Year of Luigi we get what may very well be the best Mario RPG to date. Mario and Luigi: Dream Team Bros is a must-play game for the 3DS. It just doesn’t get any better than this. Dream Team Bros is quite simply a dream come true.