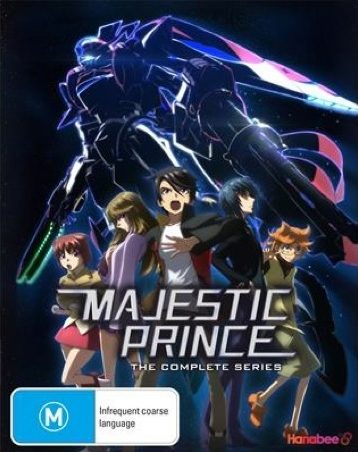 The year is 2110. Humanity has begun exploring space and experimenting with ways to adapt the human body to the environment of outer space. Earth ends up at war with an alien species known as the Wulgaru for an unknown reason. Team Rabbits is a group of genetically enhanced children who are being trained to fight in the war against the Wulgaru. Toshikazu Asagi, Kei Kugumiya, Tamaki Irie, Ataru Suruga and Izuru Hitachi are the members of Team Rabbits, which is also commonly known as the Fail Five. Their teamwork is greatly lacking at first, but they eventually become close to each other and develop both as individuals and as a team. They slowly learn how to pilot their mecha suits, but almost lose their new identities and their lives in the process.

It comes as no surprise that Majestic Prince is an unoriginal series based on its premise. Some unoriginal ideas used in this series include: genetically enhanced children, a mecha suit that fuses with the pilot’s DNA and an enemy race that looks suspiciously similar to humans. The idea of genetically enhancing children in order to prepare them for piloting mecha is disturbing, but not original. On this version of Earth, children are taken from their parents/guardians at the age of 12 and have their memories erased. Essentially, they are raised and ‘enhanced’ for militaristic purposes. They have to develop new identities, but some begin to seriously question their existence as a result of this process. The actual process of genetically enhancing the children is not shown, but it is a particularly disturbing idea nonetheless. That the humans turn out to be the distant ancestors of the Wulgaru is not terribly surprising. The lack of surprises in this series goes to show just how stale the genre is at this point, and how little effort has been put into making this series stand out. 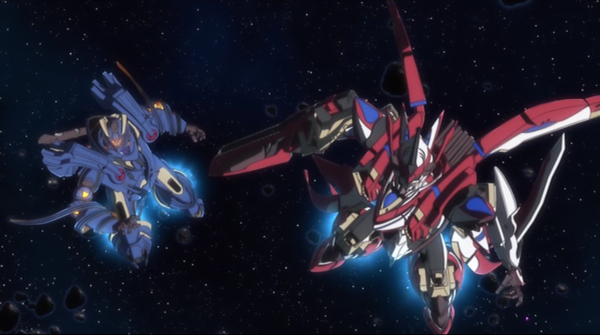 The Wulgaru think of themselves as superior to the humans. They are only interested in advancing their own society; the majority of them could not care less about the other races that have evolved from their gene pool. Prince Jiart, the brother of the king of the Wulgaru, is depicted as particularly lustful and barbaric. His evilness extends as far as raping a Wulgaru woman, one of his own kind. He then immediately has sex with a colleague of his, a high-ranking person who, for some reason, has no problem sexually objectifying herself. Considering that mecha series are almost always set in the future, it makes no sense that these series continually present despicable and downright evil men and fail to promote gender equality at all. The author of the original manga clearly did not care about the potential female audience. Not just for the aforementioned reason either, but also because Tamaki and Kei are poorly developed characters. Tamaki is always going on about guys and pickled squid guts and Kei is constantly baking suspicious-looking cakes that always have far too much sugar in them. There are some hints at romantic feelings between some characters, and there are some emotional moments later on in the series, but the characterisation itself is disappointingly weak. Suruga provides some entertainment with his incredible knowledge of weaponry, but Asagi’s constant upset stomach should not be the most noteworthy element of his character during the first half of the series. Izuru’s wish to be a hero is understandable, but still generic. It is difficult to become invested in any part of the series. What could have been a sad and moving moment in the second half of the series instead ends up being a generic plot point that is entirely predictable. The series could have been better if it depicted the events that occur after the war with the Wulgaru ends, although this problem may be rectified when the new OVA episode and film are released. 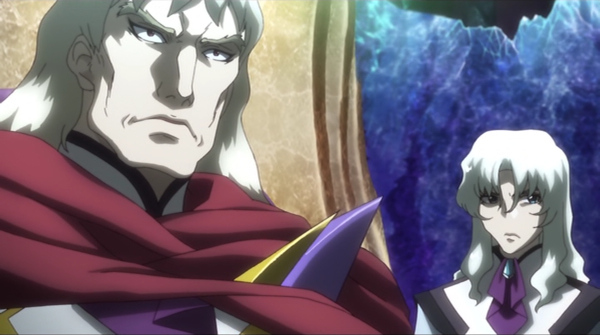 The visuals are almost entirely unimpressive. When a mecha series has bad animation, something is very wrong. There is a heavy reliance on 3D CGI, but most Japanese studios except Square Enix have yet to master the use of 3D CGI in anime. The textures look cheap, unrealistic and outdated. Furthermore, as is common with this type of animation, frames are missing from most sequences featuring 3D animation. This is intentional, but it shuddering animation simply does not look good. It is hard enough to enter a sense of disbelief while watching this series, and this consistent problem with Japanese 3D animation does not help at all. The 2D animation is average, but not bad. The action scenes are extremely fast paced, so much so that it becomes hard to follow what is happening at times. There is surprisingly little blood, but there is a small amount of blood present in a few shots towards the climax of the war. There is not one element of the animation that stands out in a positive way, making it worse that there are several attempts at ‘fan-service’ throughout the series. Tamaki has unnaturally large breasts; they bounce around frequently, and, realistically, are probably causing her enormous back pains. The different level of gravity in outer space cannot be used as a defence for this either, seeing as this problem is also present when she is on Earth. The same problem exists with Reika Saionji, the head mechanic of Team Rabbits, as well as other characters who wear revealing clothes even in cold settings. 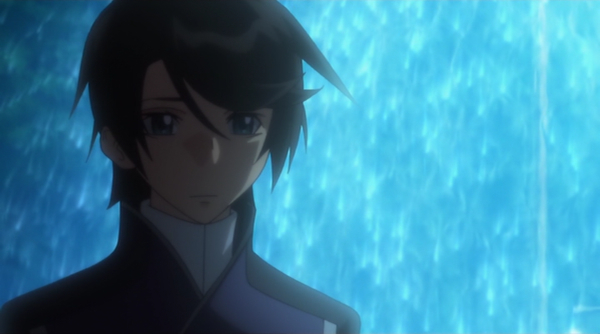 The voice acting in the English dub ranges from average to slightly above average. The adult characters sound believable. The voice actors of the children give a reasonably convincing performance too, but Monica Rial is once again an annoyingly bad choice for a child character. It is impossible to believe her performance as Tamaki purely because her voice sounds nothing like a 15-year-old’s voice. This is not the only problem with the English dub, unfortunately. There are several missing lines of dialogue throughout the series. To find out what these lines were, the English subtitles should be turned on. Unfortunately, having the subtitles on while listening to the English dub reveals another problem. That problem is the inappropriate translation of elements the original script. The most noticeable instance is the use of the word ‘have’ instead of ‘rape’, the latter being the translation used for the subtitles. The meanings of other statements are altered too, so it is not recommended to listen to the English audio track unless you absolutely have to watch anime with English-dubbed audio. The background music is slightly above average. It is fitting, but does not stand out in any other way. The theme songs are below average. 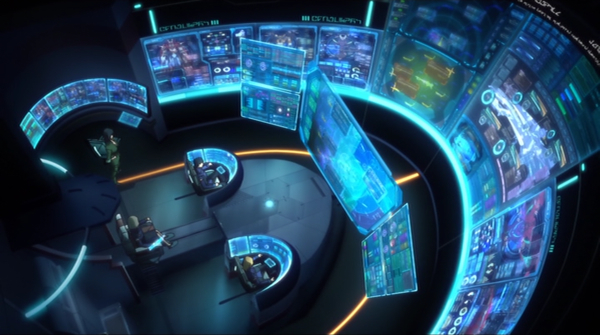 The Japanese promotional videos and the textless opening and ending animations are supposed to be included as extras. However, they are not present on any of the discs. The information on the back of the box suggests that they should be on one of the discs, but the individual package details for Parts One and Two do not support this.

It takes a few episodes for the story to start making sense, which is not a good way for an anime series to start. There are just a couple of episodes that really bring the series down to the point of being unwatchable, but even considered as a whole, Majestic Prince could have been a lot better. The personality ‘traits’ given to the main characters make it difficult to develop an emotional attachment to any of the characters. The poor use of characterisation in anime and manga is by no means a new problem, but it is a shame that the characters and just about every element of the plot end up being as generic as it gets for a mecha series. It is not the worst series to spend ten hours watching, but it does not stand out in any positive way.