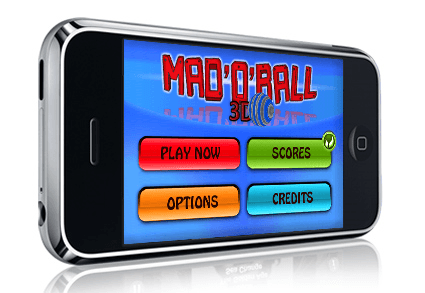 Mad’O’Ball takes gyro-type games even further, creating an interactive adventurous twist to the game. The point is to get your ball to the end of the level without falling off the course. This, while battling the winding course and any obstacles you must land on without falling into oblivion. There are 2 things that set this game apart from other gyroscope games. This game has a 3D enviornment, which is pretty cool. The other factor is that it’s not just a flat board. You’re flying off the course onto the next object, always changing gameplay. This is the gyroscope game to buy. 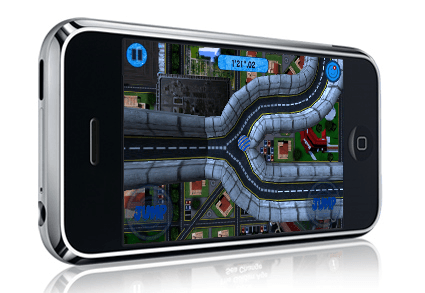 The 3D environment might make this a great gane, but the visuals aren’t  anything special. It has sharp edges at points that should look more rounded. The constant sounds can get quite annoying. It looks like this game was rushed out and the graphics weren’t finished. It is a fun game, one of the best, but the graphics can really use some improvement. Playing the first level, I left the game just because the constant “boing” sound. This can be changed in the options. I’d rather normal background music then these annoying sounds. This is a great game, but fails terribly at the sound and graphics can be better. They’re not bad, but instead of noticing the great graphics, you’ll notice that they could’ve been much better. The graphics are similar to Crash Bandicoot. Not too great, pretty choppy, but fun like crazy. They do have a sound fx and music volume adjuster. If only they had this for the graphics. 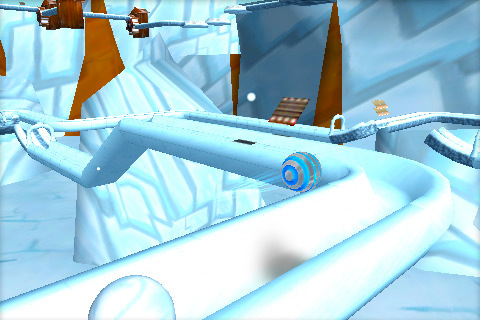 This is a great game and a lot of fun. The controls are easy. You just tilt your device in the direction you want, or don’t want, your ball to go. The titling is a little sensitive, but you can change the sensitivity in the game options. Gameplay is amazing, always changing and a lot of fun. You may start off just rolling the ball, but later on it gets to jumping from course to course with the 2 jump buttons on each side of the screen. Whether it’s getting around cars on a busy street or running away from a flying object, you’re always having fun. There’s always something else to roll around on, roll away from and enjoy the environment. Sometimes, you’re rolling your ball and it disappears under something for a few seconds and you have to be careful that you don’t fall off course. There are plenty of different environments, courses, objects and more to play with. If you like adventurous games with constant change and you enjoy tilt-based games, then this is definitely a great buy for you! 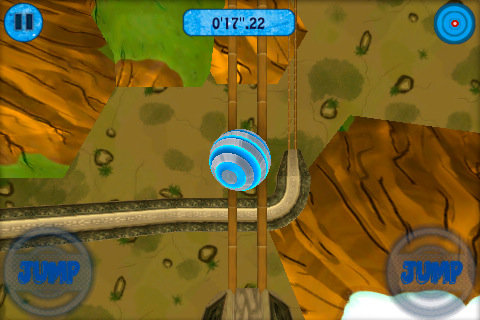 If you can get past the Nintendo 64-like graphics and play your own music (then go into the game and shut off music and sound fx), then this is a great game! It’s a non-stop ever-changing adventure all controlled by the movement of your hands, or toes if you prefer. It’s the best gyroscope game in the App Store based on the 3D environment and all the objects and courses included, even with the not-so-great graphics. If you’re looking for a similar game without 3D tracks, but with amazing out-of-this-world graphics, check out the review of Dark Nebula – Episode Two. These are both great games! I happen to keep both on my iPhone and play them both equally. I would recommend this game to anyone that wants to hold the power of Mad’O’Ball in their hands! I happen to like the graphics because it reminds me of old times in the gaming world. Overall, I give this game a VERY GOOD rating of 8.5 capsules. It would have been more if the sound was better and the graphics were improved.